Nick Colgan woke people up to the party potential of Croatia. Now, he’s turned his radar on its craft beer scene, with the help of brewer Nick Calder-Scholes. Justin McDonnell finds out what’s in store

The Garden set something of a precedent in the history of European festivals, inspiring hoards of dance music aficionados to swap their wellies for sunblock and the sunnier shores of Croatia. Nick Colgan, a music promoter from Birmingham, started it all in 2006. He became the unknowing progenitor of a summer-long party scene, which, ten years on, brings more foreigners to the coast than ever before.

It would be unfair to say Nick stumbled into all of this by accident. An intrepid tastemaker, he’s got more than a knack for being in the right place at the right time. In past guises, Nick’s been studio manager for British reggae icons UB40, jointly organised legendary boat parties in San Francisco, and even had a stint playing keys in a boyband. Now, he’s turned his sights on the burgeoning craft beer scene, recognising Croatia’s changing attitudes towards the hop.

This year, the Garden Brewery in Zagreb will become the primary supplier to several large-scale festivals in Tisno. With the help of head brewer Nick Calder-Scholes, imported from London-based brewery Four Pure, they intend to distil their knowledge of the industry into a range of new, pleasingly progressive beers, capable of joining the craft beer revolution rising up through the country – as well as satisfying thousands of thirsty punters in Tisno.

Last year was the tenth and final Garden Festival. Why’d you bring it to a close?

It just felt right. My business partner David and I have talked about doing the brewery for years now, but we just didn’t have the time. I made a conscious effort to stop the Garden festival a couple of years ago, and the brewery was certainly a factor in the decision-making.

Can you explain the ethos behind the Garden?

N: We liked the idea of it being like somebody's garden. We wanted to keep the festivals small and intimate, rather than an out-and-out dance event with banging music constantly. The same goes for the Garden Brewery – even down to the people we work with. We've got a great team we've built up over the past 12 years – our Croatian family network.

Whose idea was the brewery and how did it all evolve?

N: It's something that I've always been into, and obviously with the events we sell a hell of a lot of beer. I was drinking with David and complaining that we had to sell one of the major brands cause there was nothing else we could get. So Dave said ‘you should make your own.’ I know nothing about making beer, even though I love it, and he said ‘it's just hops, water and yeast!’ It’s all gone from there, really.

What was behind the decision to set up in Zagreb?

N: I can’t imagine it being anywhere else. We've been in Zadar for years, then our kids went to university and we thought we'd go check out Zagreb. There’s theatre, great music, good restaurants, it’s perfect for us.

NCS: Things are changing; even the tourists are staying longer. It feels like it's teetering and just about to give way to nice restaurants and craft beer bars and hopefully more breweries.

When did you first become aware of the Craft beer movement?

N: I suppose with my dad to begin with. He was into real ale. It's totally different now, it’s not cool or sexy, but it was good beer, generally drunk by middle-aged blokes in old boozers. I experienced craft beer for the first time in Nevada in 94, probably a decade before it hit Europe. We were next generation hippies, we lived on a boat and drank craft beer and did as little as possible! Years later, when I went to visit a friend in Hackney, he lived across from a dodgy pub with people fighting constantly. I went back the following year and it had turned into this small craft beer place heaving with punters, both male and female. It was a real nice scene. That's when I first realized there was something going on.

Do you think Croatia is going through a craft beer revolution? What does it look like?

NCS: Yeah I do. There are only seven or eight breweries in Croatia right now, but people are just screaming for craft beer. And I've noticed a revolution in the venues themselves: the quality of food, the craft beer options and the way it's delivered. I think it’s not just limited to craft beer.

N: I love the way there's food tied in there now. Before you might get a packet of crisps if you’re lucky, but now the food is part of the experience. 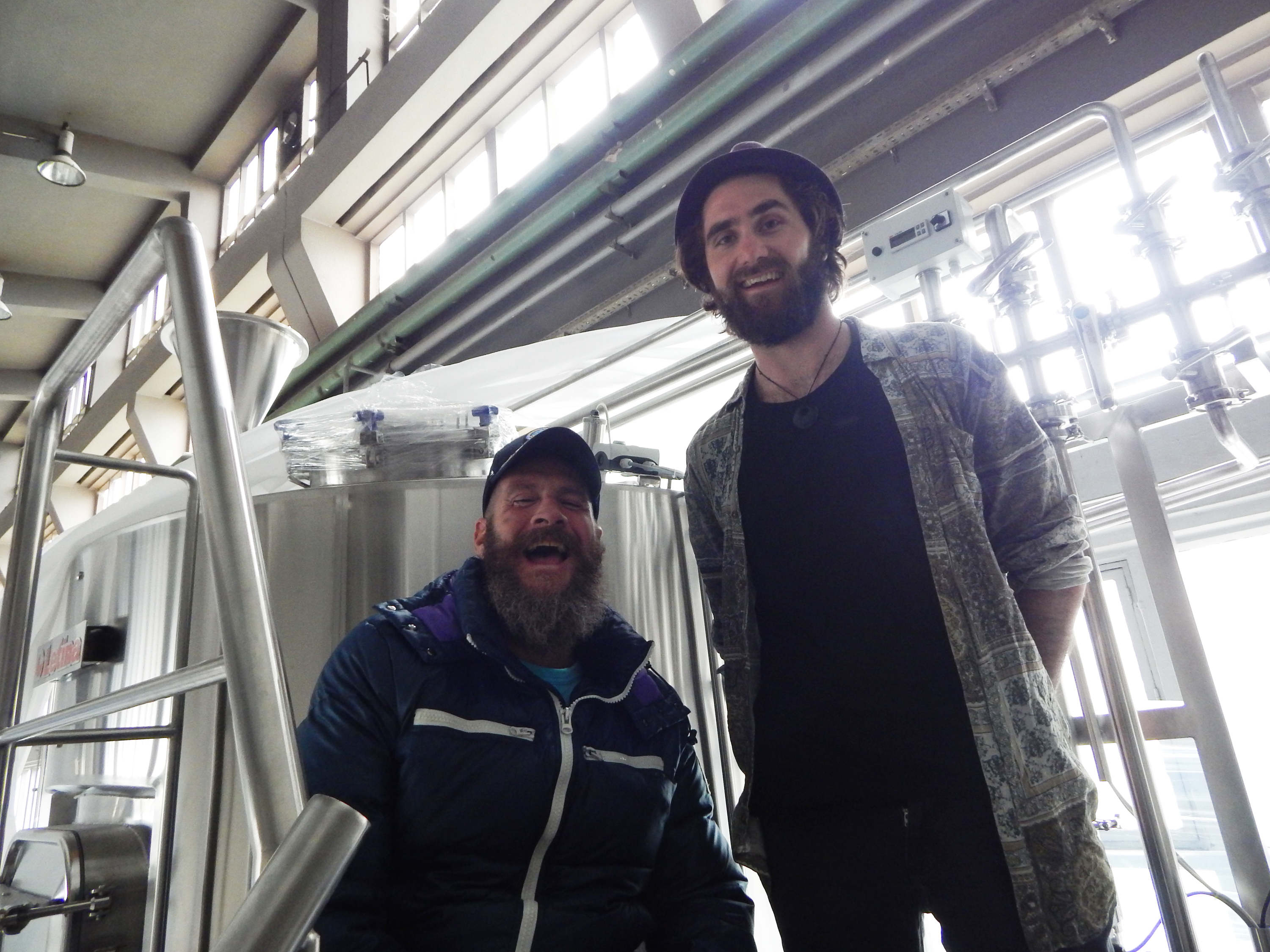 How will you appeal to those festivalgoers who don’t like – or don’t yet know they like – craft beer, along with the craft beer nerds?

N: A couple of years ago we had a deal with one of the majors to supply the festival with beer – I won’t say which one. We never get negative feedback, and that year the only complaint we had was about the beer.

NCS: The events are the perfect opportunity to test the waters. We're starting out with two products; one will be a bridging beer to help with the transition. And there's another one, which is very craft. The first is essentially a better version of a festival beer - easily drunk in the sun, not that high in alcohol. The other is a full-blown craft beer in terms of flavour, using interesting hops and malts. With both of these we'll be able to please everyone.

And you’ll be adding new beers as things progress?

NCS: That’s what I’m excited about. A lot of breweries here stick to three or four styles, but I want to do the things that have won people over in England and America and bring them here. We’ll also use local flavors, because there are so many herbs and fruits in the region. The Maraschino cherry from Zadar, for instance. And we want to get growing on the brewery site. If it’s start yielding good hops then we can do special releases from our own garden.

What’s different about the Garden Brewery compared with the established local breweries?

N: First and foremost, we’re going to be doing craft beer in cans. It was a difficult decision, and it took a while to win me over. I think we’ll be the first in Croatia doing it, which is important. There are some great breweries here, but we’ll be bringing in the Garden spirit and our story with it.

NC: The ambition is not to imitate, but really use technology, high-quality products and creative marketing to push ahead.

And you’re doing food there? What’s on the menu?

N: As it’s in an industrial site, we want the workers to come and get involved in the daytime. So we’ve got a classic gourmet burger menu, with Submarine doing the food, but there'll be an alternative menu and we'll do an experimental kitchen with Mexican street food. We’ll serve that out of a van rather than in a restaurant with silver service waiters. That’s another first: it's going to be a totally self-service operation. The same goes for the beer too!

Will any exciting events be taking place at the brewery?

N: It’s important that the brewery isn’t just a production facility. It's got to have a bit of soul. It makes a massive difference - rather than going to an off-licence and buying a bottle, you're seeing where it’s made, you’re learning about it, you’re part of it. We’ll have music events, and I want to do Sunday sessions. It’ll start off slow, but I’d love to see market stalls and food vendors there too.

NCS: From the production side of things, having the place open helps the guys working there.

N: It means a constant rapport with the public, and for me that’s central to everything I've done. I'm very lucky that I've enjoyed it. Like a dead once guy said, if you work on something you enjoy, you’ll never work a day in your life.