Objects from Museum of broken relationships: a list of reasons to stay

Each week, we feature an exhibit from the collection at the Museum of Broken Relationships. The museum, based in Zagreb (and now LA, too) displays items submitted by members of the public; each tells a personal story about a relationship that has ended. This week's item is a charming list from a besotted soul, convincing their loved one to stay: 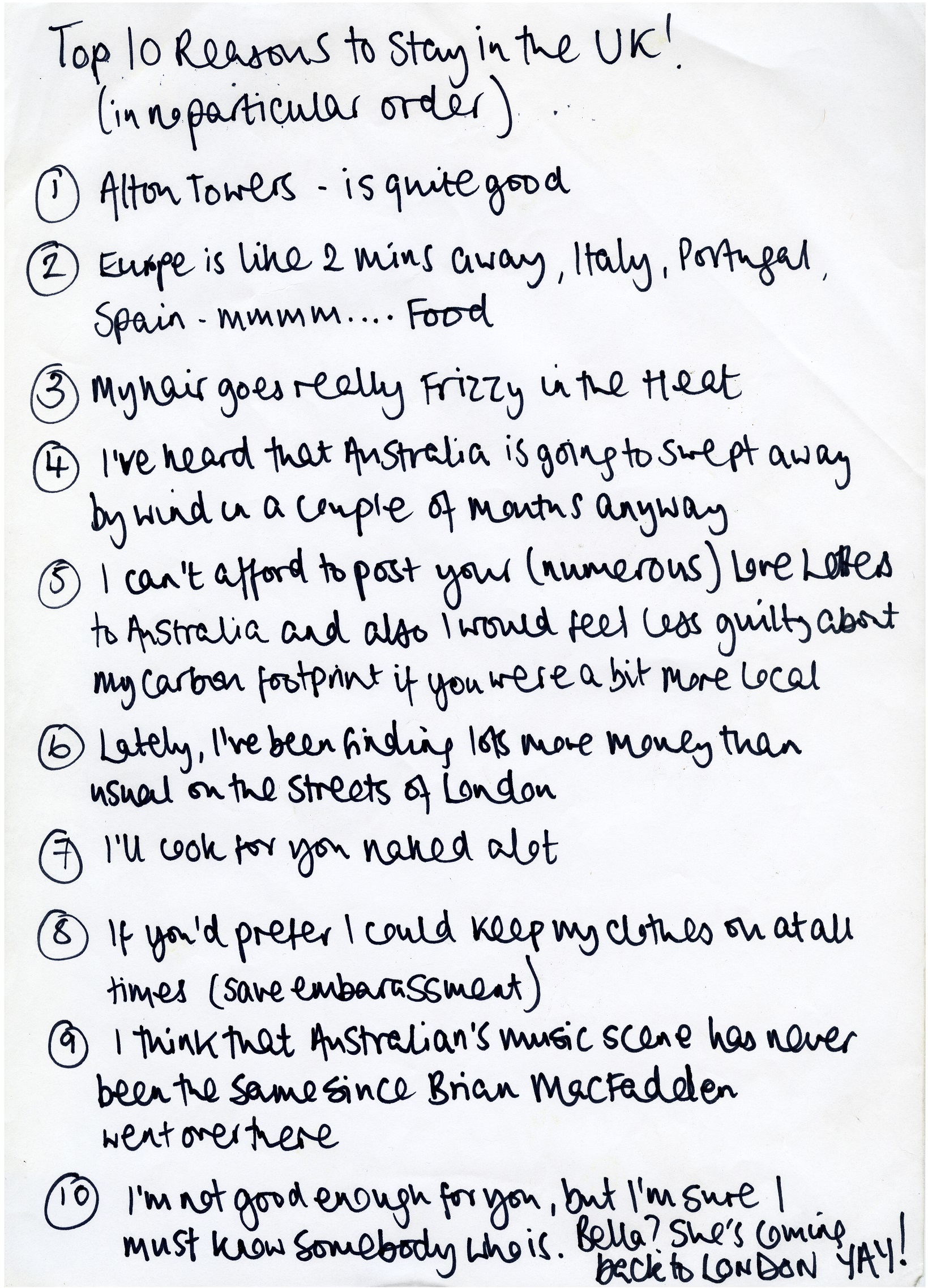 I met her at the beginning of December, not wanting anything serious and definitely not looking for a girlfriend.

After constant contact I knew that she was something special, and the thought of her returning to Australia on 29th December was not something I was looking forward to. So I wrote the list, but forgot to include number 11: These feelings don't happen to me often.

10 Reasons to stay in the UK (in no particular order):

1. Alton Towers - is quite good

3. My hair goes really frizzy in the heat

4. I've heard that Australia is going to be swept away by wind in a couple of months anyway

5. I can't afford to post your (numerous) love letters to Australia and also I would feel less guilty about my carbon footprint if you were a bit more local

6. Lately, I've been finding more money than usual on the streets of London

8. If you'd prefer I could keep my clothes on at all time (save embarrassment)

9. I think that Australia's music scene has never been the same since Brian McFadden went over there

10. I'm not good enough for you, but I'm sure I must know somebody who is.