Stork in the middle with you: the story of Klepetan and Malena

Does it feel like Spring yet? It sure does for Klepetan, one half of Croatia’s most famous couple. With its peer Malena, this stork has made headlines nationwide for over 17 years.

Yes, you read it right. Klepetan and Malena are no average human Joes. This is aviary touching love story.  It all began on a rooftop in Brodski Varoš, a small Croatian village. Malena, injured by an Italian hunter some 20 years ago, is no longer able to fly.

The touching story of the two storks from Eastern Croatia isn't over yet, as Klepetan arrived home to Malena on Monday. We’re inspired by Klepetan’s commitment as the stork migrates to South Africa each year and comes back, usually between March 24, to reunite with its partner.

How do we know all this? Because Klepetan isn’t the only one who cares about Malena. Stjepan Vokić has been looking after both animals since Malena’s injury and prepares a bucket of fish to welcome Klepetan on its arrival each time. Only this year, it looks like Klepetan couldn’t wait to come back to Malena as Stjepan noticed its arrival a week earlier than expected.

The more cynical among us might put it down to climate change, but whatever the reason, Klepetan has successfully made his trip back from the warmer south to rejoin with its Malena every year.

Check for yourself: see the video the Croatian Tourist Board made in honour of this peculiar love story. 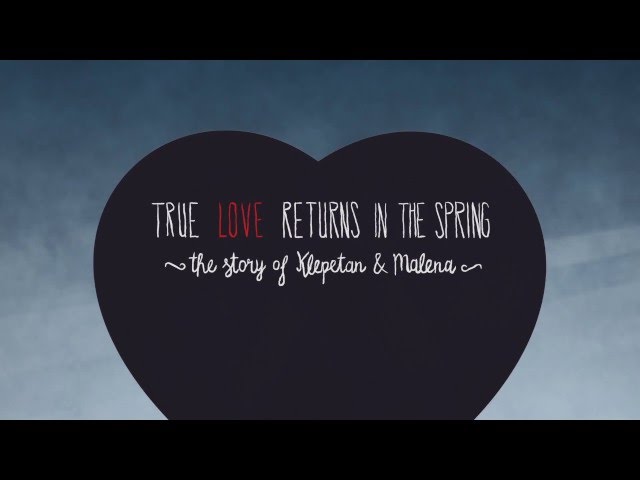