Zagreb has served as the backdrop for some truly memorable films. Relive the capital's finest moments in celluloid with this list of the best

The HBO fantasy series Game of Thones has secured Croatia's place in celluloid history, but did you know its capital Zagreb has also served as the location for a crop of cult international films, as well as countless domestic productions?

In its cinematic heyday, Croatia churned out some 124 Yugoslavian films and 145 international co-productions from its famous Jadran film studio - one of the biggest in Central Europe before the war. There's a surprising raft of productions shot in and around Croatia's capital, like the world-dominating spy-caper 'James Bond: From Russia with Love' and Orson Welles' interpretation of Kafka's absurd, existentialist novel 'The Trial', filmed in the pretty Habsburg-era Old Town. There's plenty more scenery to chew on with our list of the best films shot in Zagreb. 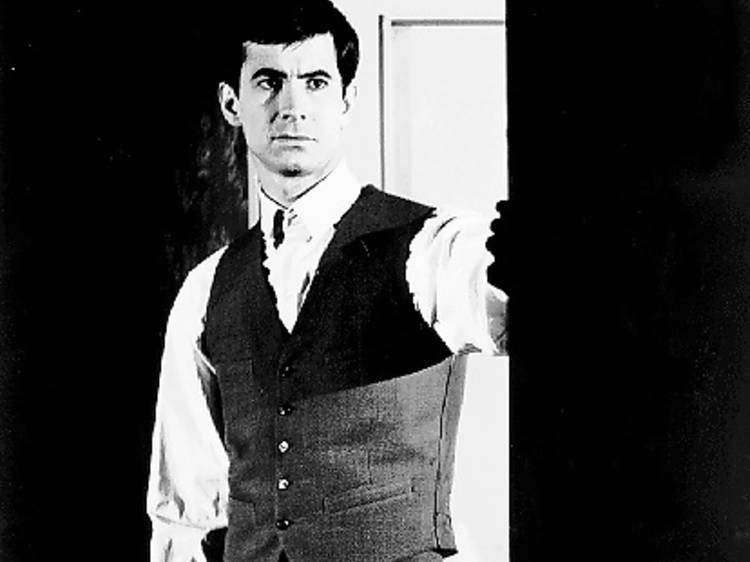 The blackest of Welles' comedies, an apocalyptic version of Kafka that renders the grisly farce of K's labyrinthine entrapment in the mechanisms of guilt and responsibility as the most fragmented of expressionist films noirs. Perkins' twitchy 'defendant' shifts haplessly through the discrete dark spaces of Welles' ad hoc locations (Zagreb and Paris, including the deserted Gare d'Orsay), taking no comfort from Welles' fable-spinning Advocate, before contriving the most damning of all responses to the chaos around him. The remarkable prologue was commissioned from pioneer pinscreen animators Alexandre Alexeieff and Claire Parker.
Read more 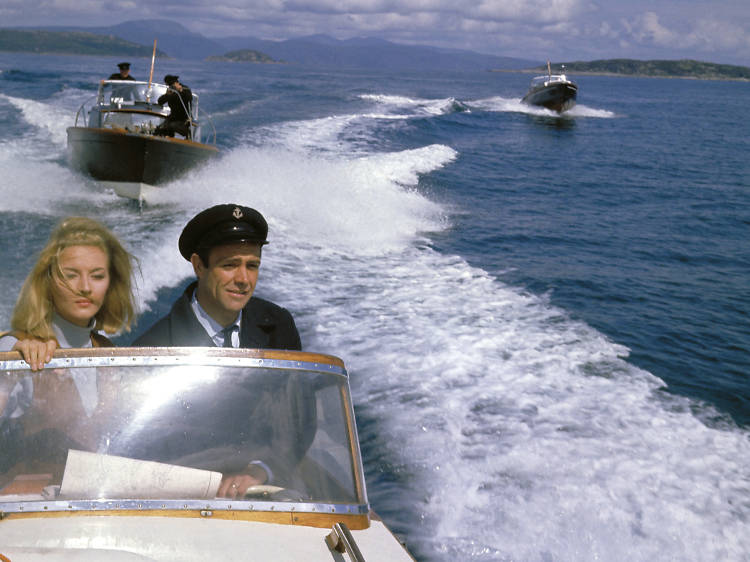 From Russia With Love

Despite being recognised as one of the better 007 films (and one laudably devoid of what would later become the formulaic Bond ending), number two in the series actually proves marginally less memorable than many of the others. Maybe we’ve become too accustomed to the big finales, the fast cars, the gadgets, the striking locations and the caricature villains – the very tics that have defined every Bond film over the years. For this fan, the most evocative moment turns out to be Matt Monroe’s honeyed larynx over the closing-credits sequence. The elaborate spy-caper story boils down to Connery’s MI6 agent getting embroiled in an Istanbul-set plot to steal a decoding device from the Russians. Lotte Lenya’s leery lesbian, Robert Shaw’s Aryan-esque assassin and Daniela Bianchi’s ditzy double agent are gratifying side shows but the film lacks the exotic, colourful flamboyance of the best of its successors. So shoot me.
Read review
Advertising 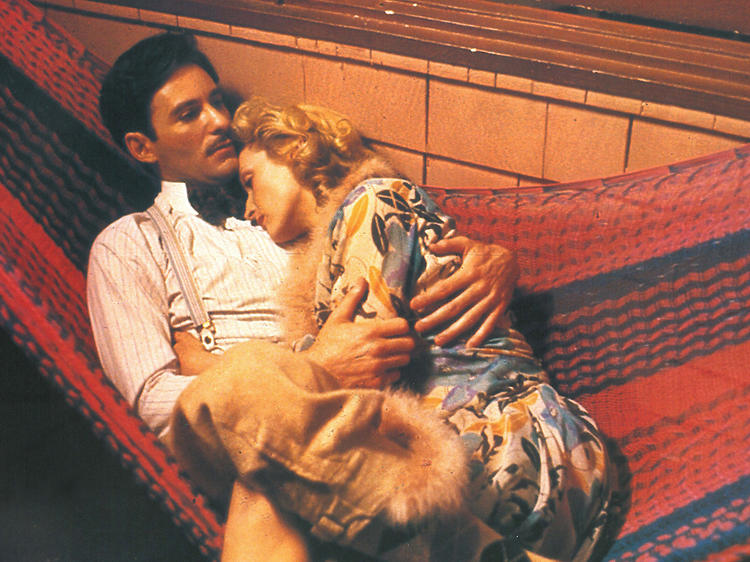 A summer in Brooklyn in 1947, and an infatuated boy (MacNicol) tries to learn the dreadful secret of Sophie's awful Choice. It's Pakula's first film as his own screenwriter, and his scrupulous adherence to the dense details of William Styron's novel seems to have slowed down the deft visual sense so marked in Klute. A more serious problem occurs in long flashback scenes as Sophie describes her ordeal in Auschwitz. The information (for on one level, this is a tantalising Gothic romance) comes thrillingly, in fits and starts, with revelations following on the heels of half-truths. But one watches uneasily as the obscenity of the Holocaust is served up for our entertainment yet again, and another actress with perfect cheekbones and a crew cut loses a few pounds to lend credibility to a death camp scene. By the end, the accumulated weight and lethargy of the production fails to invest Sophie's fate with the significance Styron achieves.
Read more 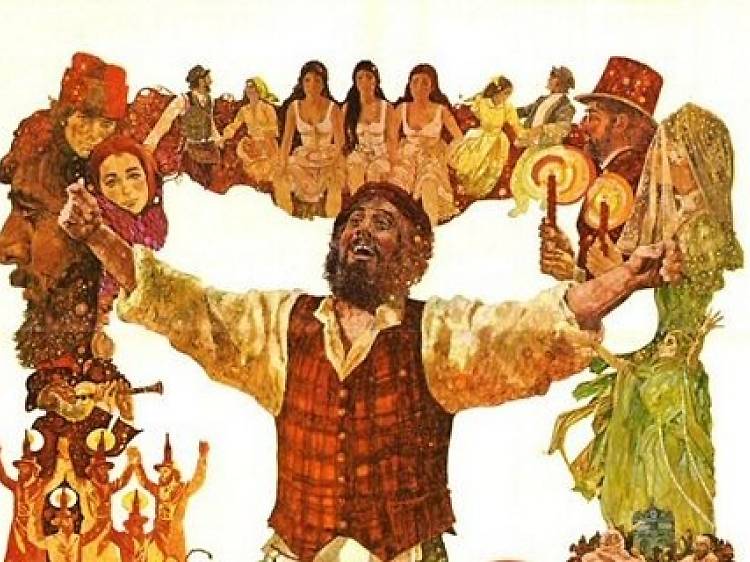 Fiddler on the Roof

Jewison fairly wallows in ethnic roots in this adaptation of the Sheldon Harnick/Jerry Bock musical, set in a Jewish village community in the pre-Revolutionary Ukraine: three hours of pure schmalz, buried up to its neck in noisy national traditions as the hero marries off three daughters in turn, pausing each time to unload buckets of song, sentiment and homespun philosophy. Very hard to take with the film sitting up and practically slobbering in its eagerness to prove how loveable it is. A pity, because the score isn't half bad (the show-stopping 'If I Were a Rich Man' almost gets lost), the choreography has possibilities, and Topol is distinctly personable.
Read more
Advertising 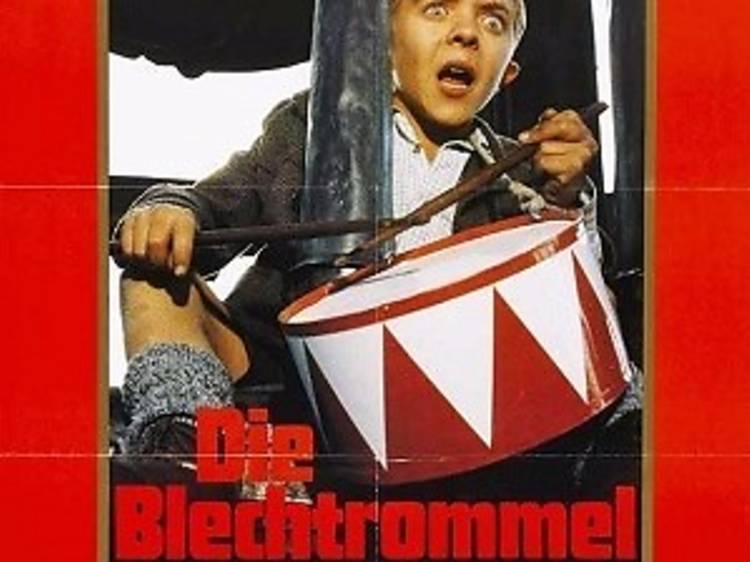 Sumptuously shot and designed, Schlöndorff's respectful film of Günter Grass's epic novel is nevertheless inevitably inferior to the original. The problem perhaps is that it is all too literal an adaptation of the book, which looked at the realities of German history from the fantastic, subjective viewpoint of a child who, by sheer will-power, refuses ever to grow up; the result is that, as the kid witnesses the rise of the Nazis, what we see is rarely convincing in itself, while the complexities of Grass's book are largely sacrificed for eye-catching scenes of the grotesque and the bizarre. Still, the performances are strong and the film just about works as middlebrow entertainment for those put off by the length of the novel.
Read more
Recommended