Croatia was part of the communist-ruled Yugoslav federation from 1945 until 1991, and yet there’s still a shortage of museums that deal with this period in an accessible way. The Red History Museum offers at least part of an answer. A private project initiated by a group of local friends, it offers decent-sized dollops of historical chronology alongside an impressive haul of everyday artefacts. Although the display kicks off with a hammer-and-sickle-spattered history of communism as an ideology, the accent is on the more colourful aspects of the communist rule, and its attempts to design a lifestyle that combined equality and order with consumer-ism and cultural freedom. Recent worldwide interest in Yugoslav-era architecture and design finds an instant echo in the ticket office, which is housed in a K67 - the red fibreglass kiosk designed by Slovene Saša Mächtig and put into use all over the former Yugoslavia as newspaper stall, fast-food booth or market stand. Elsewhere the display is rich in revealing detail: a wardrobe full of denim clothes, pop records, racy glamour magazines. Much of the exhibition is interactive in the sense that you can sit on original couches, leaf through books, or activate sound and visuals using your smartphone. There’s a “darkroom” that covers the regime’s attitude to dissent, including docu-clips of Goli otok, the island where pro-Soviet communists were imprisoned and tortured after President Tito’s break with Stalin in 1948. The most moving part of the museum comes at the end when pictures and short texts recall family memories of those who have contributed. One of them is from Željko from Zagorje about attending a summer work camp on the “Youth Island” of Obonjan, nowadays a swanky glamping resort for a totally different kind of tourist. 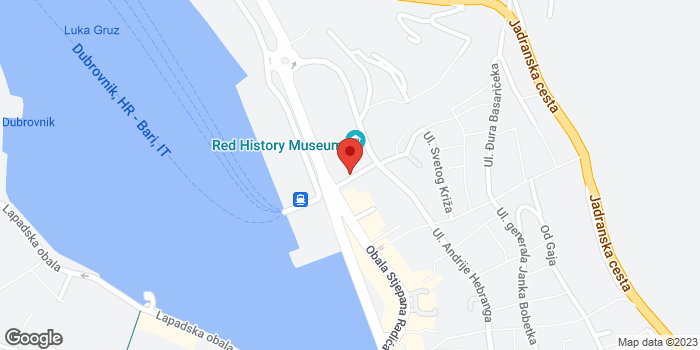