A cult music festival set in an old paper factory, Hartera stole the hearts of revellers in Rijeka since its first outing in 2005. Sadly, the festival is no more, but Hartera lives on in the memories of those who partied here. Ivan Šarar, a former keyboardist in the punk band Let 3 and now the chief of Rijeka's city department for culture, was involved in the festival from day one.

The band Let 3 directly led to the organisation of Hartera festival. The first edition in 2005 was organised by promoter Simon Dejhalla, who today owns club Pogon and Damir Martinović Mrle, Let 3’s founder. I was just sneaking around. Hartera, an old paper company went broke and part of the building’s ownership fell to the City of Rijeka. They were open to the idea of cultural entities revitalising the space.

The first year had an absolutely crazy atmosphere. The numbers who came were huge, unbearable at times. From the top of my head, I remember Let 3, Laibach, Eyesburn and TBF playing. Afterwards, M.A.N.D.Y. from Berlin and other DJ’s. It was more about the new space than about the line-up. Rijeka had never had an important festival like this before.

I took a leading role the following year and from there it became a serious festival with international performers. We grew really fast. Maybe too fast. In three years we became a festival with four stages which lasted four days. There are millions of anecdotes, but my favourite memory is a stupid thing that happened because of our neglect. We always had something weird, irrational, but which was good for our image. In 2008 it was a solar-powered loudspeaker. It was the closing night, 6am, and the British DJ James Zabiela was performing in the main hall. We ran out of power across the whole site. All that was working was the loudspeaker and the crowd went euphoric. They didn’t bother that the main star couldn’t DJ, they were jumping on the terrace to the sound of the loudspeaker. 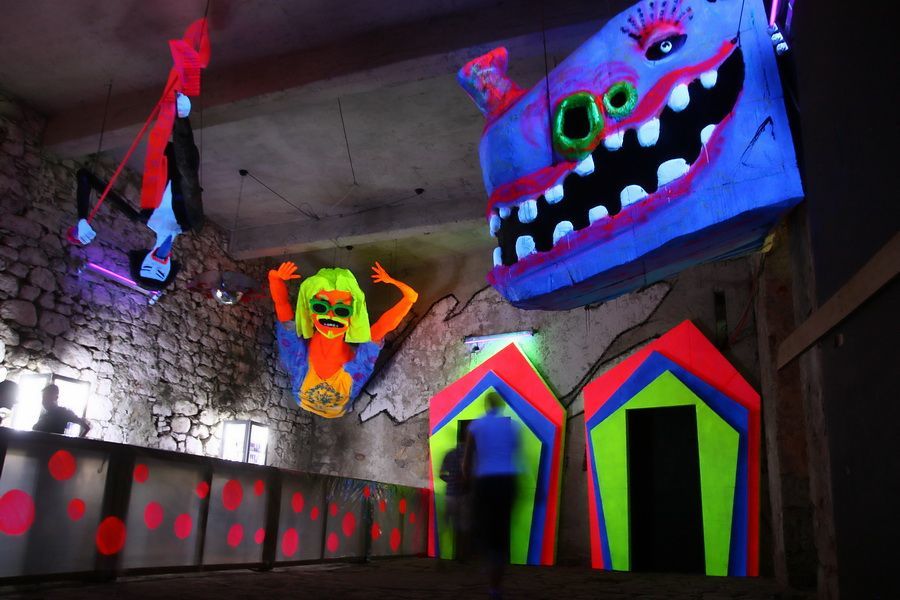 Hartera no longer exists for many reasons. The last recession severely cut cultural sponsorship and the big hall is no longer safe, but we do now have the Sailor Sweet and Salt Festival, organised by Mrle and the same team from Hartera.

Rijeka at the end of the ‘80s had one and a half club. Everyone went to either Palach and Python, or to nearby Opatija. It was a heavy industrial, workers city; rough, harsh and no fun at all. I think today Rijeka is completely different. Simply, it became more mainstream, attractive to tourists and comfortable for locals. Through these changes, it may have lost something that made Rijeka so strong and alternative in character, but that is something a lot of cities go through. Nevertheless, Rijeka is still a relaxed and open-minded city, a city filled with creative people, a great cultural offer, great places to go out or to go to the beach. And I feel that there is no other place in Croatia that offers a serious, modern, urban lifestyle directly by the side of the sea.