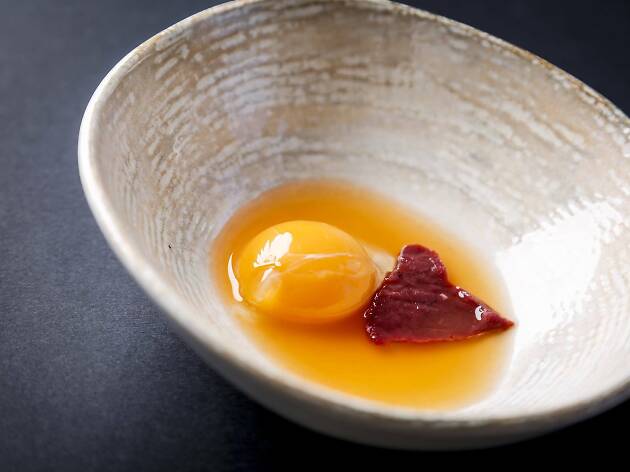 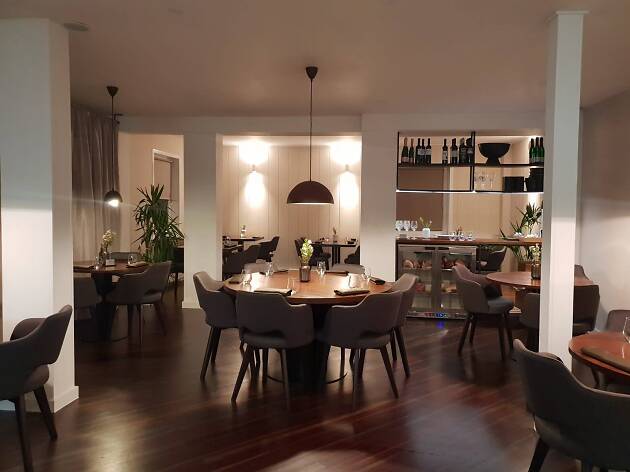 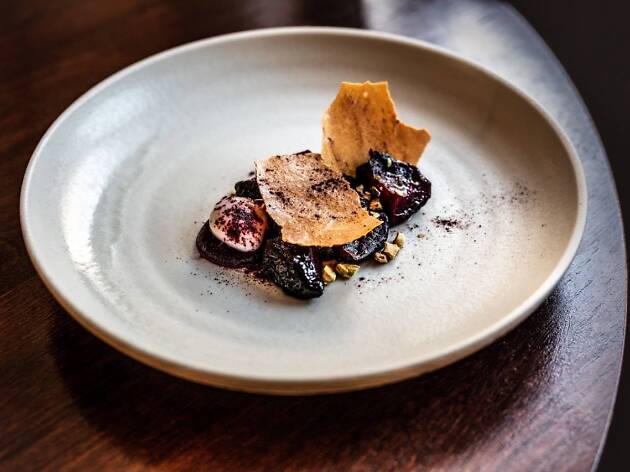 If there is such a thing as contemporary Croatian cuisine then one of the best places to find it is NAV, the new venture of owner-chef Tvrto Šakota. Previously seen brandishing the spoons at much-talked-about Mundoaka and Xató, Šakota has built an impressive reputation, not only for being an outstandingly creative chef, but also as a leading devotee of locally reared, high-quality produce. A nine-table upstairs room with no interior-design fripperies and no outdoor terrace, NAV is an intimate and welcoming space in which to focus on some of the capital’s most glorious food. The gravelly murmour of Bruce Springsteen, who seems to be on permanent rotation in the background, is the only sensory distraction. There’s a semi-open kitchen behind glass walls which, with four or more people busying themselves inside, is a constant source of interest. Šakota occasionally pops out of his glass box to greet new arrivals – the restaurant has only been open since January 2019 but already has a devoted body of regulars.

Pretty much everything we saw on the (seasonally changing) menu displayed a high degree of imagination and a high level of intricacy in preparation, kicking off with the cream-cheese profiterole that came as an (unbilled) amuse-bouche. The appetizer tells you straight away that NAV is all about attention to detail – not just from the people preparing the food, but from those sitting down to eat it too.

Aptly illustrating NAV’s dedication to the reinvention of tradition was the Jagli  (65Kn), a traditional cornmeal porridge here transformed into a rare velvety pleasure, flavoured with tangy olive oil and mini chunks of parmesan cheese. Mains (90-195Kn) revolve around steaks and at least one seafood choice (currently squid although there may well be seasonal changes), although there’s an intriguing side menu (entitled ‘Garden’) that has some of the most daring vegetarian dishes (really side dishes as they are quite small) in Croatia – the fried čimulica or young cabbage with orange butter (62Kn) had a simultaneously sweet and tangy quality that sat on the tongue for a long time; the pumpkin with fermented paprika looked equally as tempting. An equal amount of attention is lavished on the desserts: the chocolate mousse with chili and olive oil (45Kn) was a luxuriant way of rounding off a faultless meal. The prices are eminently reasonable for what you’re getting; and the 5- and 7-course tasting menus (290-390Kn) are well worth considering.

Eating in a great restaurant is a bit like an outstanding theatre performance that leaves you with plenty to talk about after it’s over – and in this sense NAV definitely fits the bill.