Things to do, Sport events 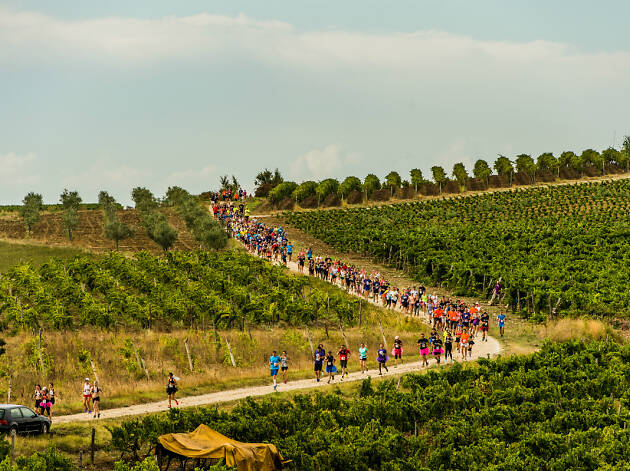 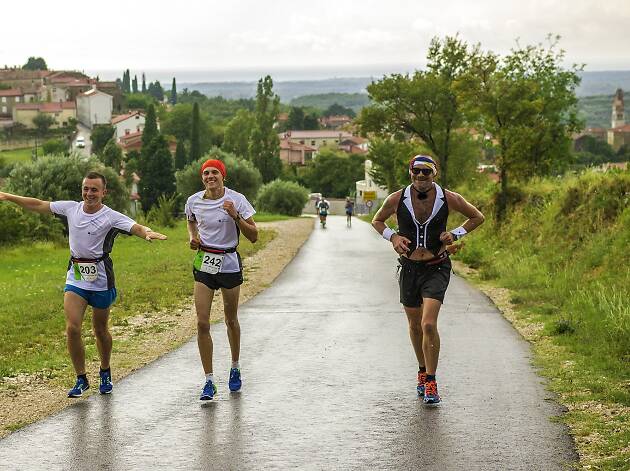 Kids run, half marathon and marathon combined with one of the biggest wine festivals in the grape-rich Istrian peninsula

The Istrian wine run combines a kids run, a half marathon and a marathon with one of the biggest wine festivals in the grape-rich peninsula of Istria. Based around the Stella Maris Resort, which is part of the Plava Laguna group (one of the event's key partners), the event holds something for all ages, whether you be sportsman or spectator, wine buff or simply curious.

The day begins at 10am with the undemanding Kids Run, which starts and finish in the venue's Dance Arena with specially appointed seasonal staff on hand to cheerily engage with and draw enthusiasm from the young people on site. Their activities will take place all day and well into the evening. At 1:30 pm, the full marathon commences from Momjan and at 4pm the half marathon and relay race begins in Brtonigla.

The adult races put a special emphasis on fun and the entertainment of competitors, at the same time informing them and spectators about the enological and gastronomical offers of rural Istria. While running along the route, competitors come across several wine cellars and a number of refreshment points where they are able to taste some of the great wines of Istria.

Suspecting most entrants will have completed by 6 pm, from that time there will be a pasta party for contestants, replenishing some of the calories they've lost on the run. And from 8pm there's a party which contains the award ceremony for winners of the races and categories such as best mask, plus music from DJs well into the night. Winners of the men's and women's main marathon will be awarded with a quantity of wine corresponding to their own weight.