The pretty waterfront of Vrsar has been inhabited since before Roman times. Surrounded by an archipelago of 18 uninhabited islands, the coastline was once dotted with little fishing boats, with stone quarries around the Montraker peninsula.

Today, the luxury marina here is lined with sleek white boats while the Montraker quarry has long been abandoned – but taken over every summer by the Montraker International Sculpture School. Taking advantage of the same local stone that attracted the Romans and Venetians to dig here for centuries, students of art academies from Croatia, Slovenia and Italy come here with their mentors for three weeks in September to fashion pieces of art that are later placed in prominent spots around Vrsar, parks, squares and along the waterfront. Members of the public can go and see the sculptors in action – perhaps as locals would have done when the likes of famed Renaissance sculptor Antonio Rizzo carved here in the late 1400s.

The waterfront promenade, or lungomare, runs almost without interruption from the popular public beach at Valkanela – with child-friendly climbing features bobbing in the water – all the way down to Koversada. There, south of Vrsar, the beach and campsite remain the domain of naturists, who have been flocking here since Koversada became the first nudist camp behind the Iron Curtain in 1961. These days, accommodation includes four-star apartments as well as modern camping facilities.

Vrsar’s other claim to fame is its connection to Casanova, the amorous Italian adventurer. According to his memoirs, he docked here twice in the 1740s, the second time as a soldier – although in his writings, he complains about the rather straightlaced society he found here. For generations, the bishops of Poreč would have summerhouses here in Vrsar, the rather grand properties you can still see if you explore the twisting medieval streets that rise up behind the seafront, creating a picturesque panorama topped by the bell tower of St Martin’s Church. 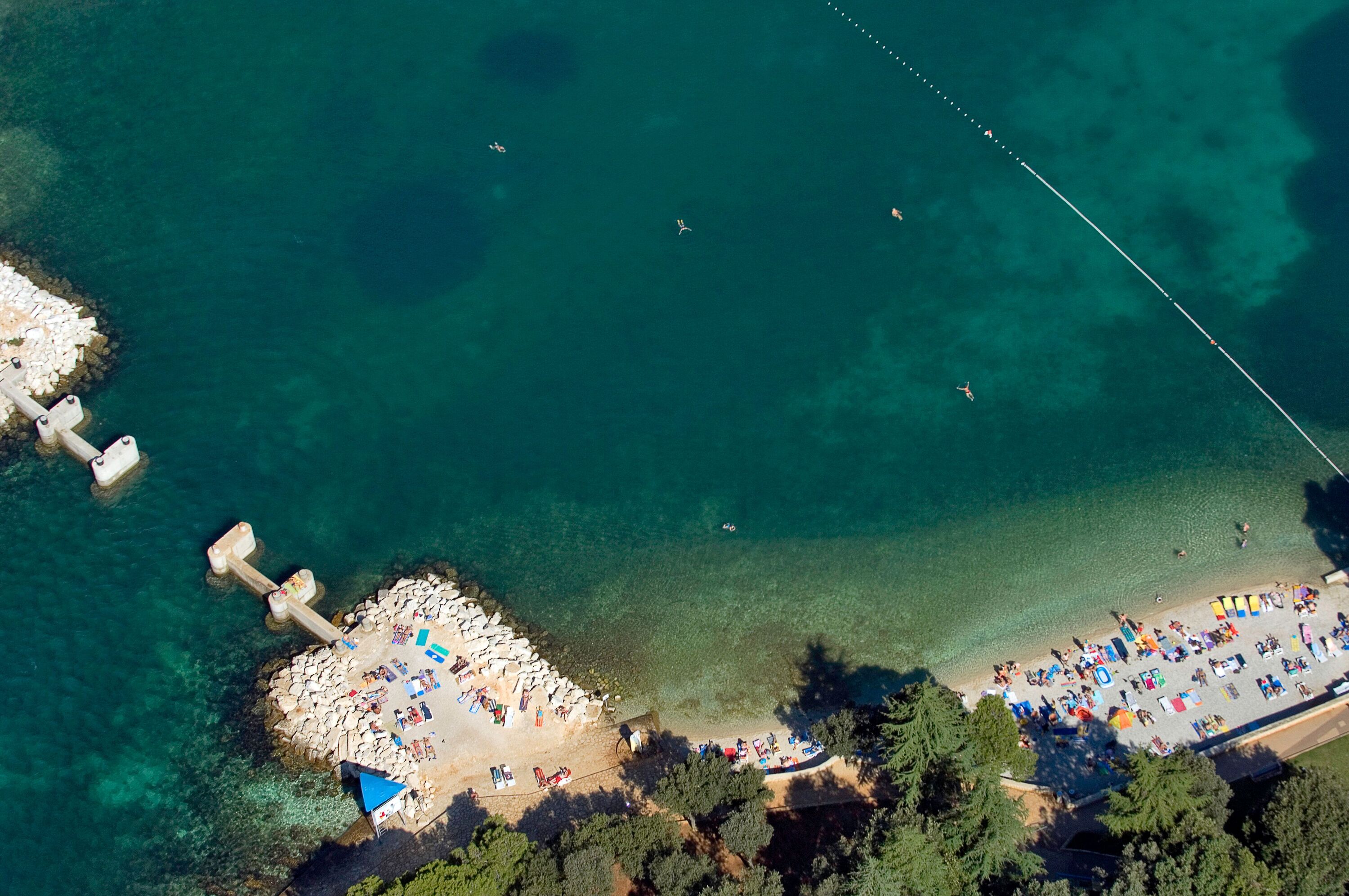 Casanova, meanwhile, is still celebrated on the seafront and around Vrsar’s historic centre. Starting from the waterfront, visitors can take the interactive Casanova tour that takes in lesser-known nooks and crannies of the Old Town.

Alternatively, you can hop over to the nearest, main uninhabited island of Sveti Juraj – either rent from one of the many motor-boat outlets around the Vrsar marina or have a local sailor take you across for a nominal fee. Site of another quarry that would have attracted many Venetian sculptors 500 or more years ago, Sveti Juraj is centrepieced by the renovated Church of St George, the original built in the earliest days of Croatian culture.