Bjelovar-Bilogora county is steeped in history, reflected in its attractive Habsburg buildings, its Austro-Hungarian spas and its post-war memorials. These three monuments provide distinctly different architectural value, which anyone visiting Zagreb, central Croatia or Slavonia should see.

The monuments of Bjelovar-Bilogora county 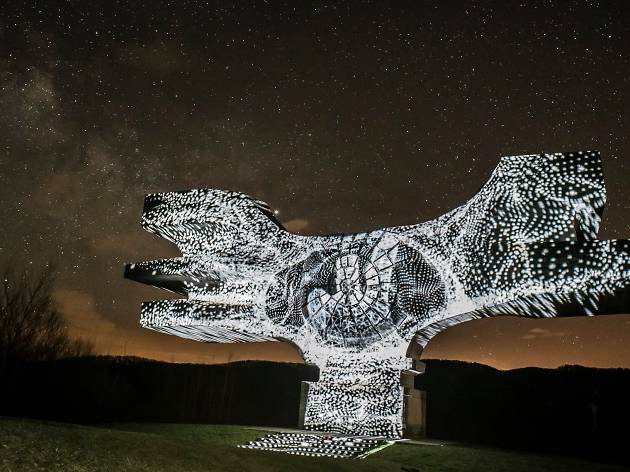 The Monument to the Revolution of the people of Moslavina looks otherworldly, its uncompromising design all the more startling because of its backdrop of the simple Slavonian countryside. But, an alien structure it is not. This memorial, like all of the monuments of the Yugoslavian era, is very much of this earth and holds a very specific meaning.

The communist regime commissioned many famous sculptors and architects, such as Bogdan Bogdanović, Gradimir Medaković, Vojin Bakić, Miodrag Živković, Jordan and Iskra Grabul to design similar modernist structures following the Second World War, honouring victims and heroes who were in opposition to the fascist forces. During the Second World War, Podgarić became a camp for the Partizan army and a large field hospital was built in the village. Local people assisted in the care of the many wounded there and the monument pays tribute to their efforts.

Elsewhere, victims of fascism are commemorated at similar monuments, but The Monument to the Revolution of the people of Moslavina arguably stands as the most distinct-looking of them all.

The monument was designed by Dušan Džamonja, a graduate of the Academy of Fine Arts in Zagreb, who also designed very famous war memorials 'Monument to the Revolution', which sits on Mrakovica mountain in Kozara National Park, Republika Srpska and 'The Memorial Ossuary to the Fallen Yugoslav Soldiers of the First and Second World Wars' which can be found in Barletta, southern Italy. His monument in Podgarić stands 10 metres tall and 20 metres wide and is the main draw for tourist visits to the village, a benefit sadly not enjoyed in other locations where some similar monuments were destroyed following the fall of communism.

The pictures of The Monument to the Revolution of the people of Moslavina used here were taken when Hungarian art collective Secret Mapping Experiment visited the site at night during 2019 and projected a video mapping intervention on the structure. 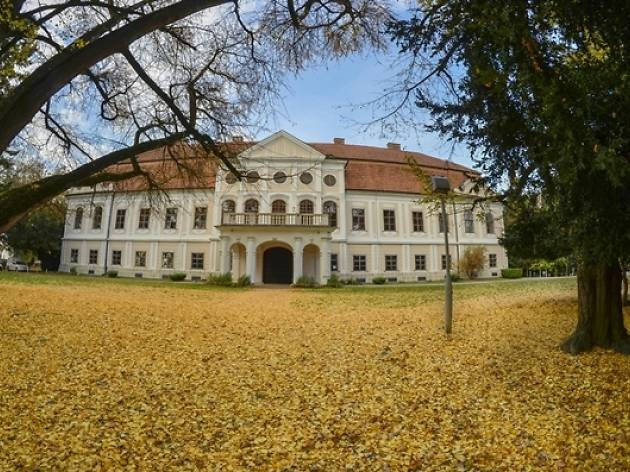 It's only right that Castle Janković should have been placed on a small hillside, its elegant and grandiose front facade visible to the small settlement which lay to its south. The view of this imposing and stately building is now obscured by trees which lie in its front grounds, including the oldest Ginkgo biloba aka maidenhair tree in Croatia. The tree which, like the castle itself is now protected, is a member of the last remaining subspecies of a tree family which dates back as far as 270 million years and has a trunk circumference of some seven metres.

Built between 1771 and 1777, Castle Janković isn't nearly so old, but it's older than most of the settlement it used to face, which has now grown considerably and become the town of Daruvar. Its houses now encroach on the borders of the grand Castle Janković.

The U-shaped building holds three wings and sixty rooms including ones dedicated to the area's Jewish heritage, Janković family history, regional history from the Second World War and one dedicated to the more recent Homeland War. A grand salon, which was once used for concerts and grand dances, is once again open to the public and the venue regularly plays host to occasions of local cultural importance. The castle boasts a celebrated wine cellar which is used for wine tasting events and one of the region's most important wine events, the Vinodar festival, also takes place here.

The Janković family name is one familiar all around eastern Croatia, southern Hungary, western Serbia and even some parts of Bosnia. It was the banishment to Bosnia of one prominent family member, Mihovil Janković, which took their name there and indeed lead to the building of their family seat in modern-day Daruvar. Captured by the Ottomans, following successful defensive campaigns he led against them on behalf of Austro-Hungary, in order to save his life Mihovil promised he would not return to the contested grounds ever again. However, his family returned to north-east Croatia and Hungary after the region's liberation from the Turks and in 1745 his descendant Antun obtained the northern part of the Sirac estate, which also contained a village called Podborje, the original settlement around the castle and the site of present-day Daruvar. Antun is responsible not only for the construction of Castle Janković but also several school buildings within the town and also Daruvar's extremely famous spa building. The spa's thermal waters have been appreciated for several thousand years, although their position within this grand building is now a lot more luxurious than when Roman centurions would have bathed in them.

Castle Janković and its surrounding grounds are the origin of Daruvar's name, the castle's title eventually replacing the settlement's original moniker of Podborje village. Daru comes from the Hungarian word for crane, the town's title meaning crane's castle. The bird is still strongly associated with the town today and appears on its coat of arms. 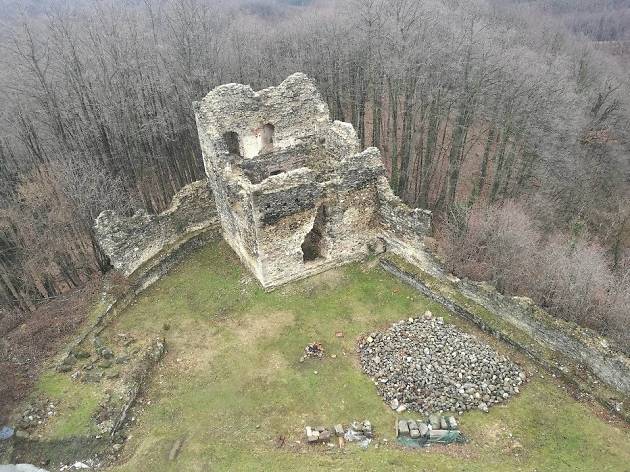 Destroyed by the invading Ottoman army in 1545, their torches setting fire to the defensively-placed city, it's perhaps difficult today to imagine the past importance of Garić grad, which is located in Šimljanik, just south-west of Podgarić, Bjelovar-Bilogora County. Walking around its ruins today, the remaining complex looks rather small compared to the cities of today. But, Garić grad dates back to medieval times and at the original time of its construction would have been one of the most advanced walled settlements in the region.

Built under the direction of ban Stjepan Šubić in 1256, the city held two distinct sections which are still evident today, an outer part and an inner, both of which were surrounded by defensive walls. It's most prominent features were its two great defensive towers, the largest of which is still in incredibly good condition today, despite the best efforts of the Ottomans. Standing 18 metres-tall, its longevity can be attributed to the original construction work which dictated its stone walls should be some two and a half metres thick.

Archaeological excavations took place at the site between 1964 and 1972, alongside some restoration work and the fascinating ceramics, fireplace, metal and stonework discovered there can today be viewed in the nearby Moslavina Museum in Kutina. Garić grad today is definitely worth heading to see, the surrounding countryside lying peacefully far from the encroaching sounds and bustle of modern times. The location is accessible by car, but many visitors enjoy walking to the site. On a spring, summer and autumn day, it's a fantastic, peaceful and thought-provoking spot for a picnic. It's also a great stop off for hikers making the journey up the nearby Mount Moslavina.