Zagreb is packed with waterside locations a short journey away from the city centre. Here's our pick of the best

For the first-time visitor, Zagreb seems distinctly urban, the historic thoroughfares of the Upper Town and grid-patterned streets of the Lower Town far removed from the narrow river Sava to the south. Yet waterside recreational attractions are within easy reach of the centre, whether it’s windsurfing on Lake Jarun, swimming in Bundek, bird watching at Savica or even golf the other side of the Sava.

RECOMMENDED: More great things to do in Zagreb.

The best waterside locations in Zagreb 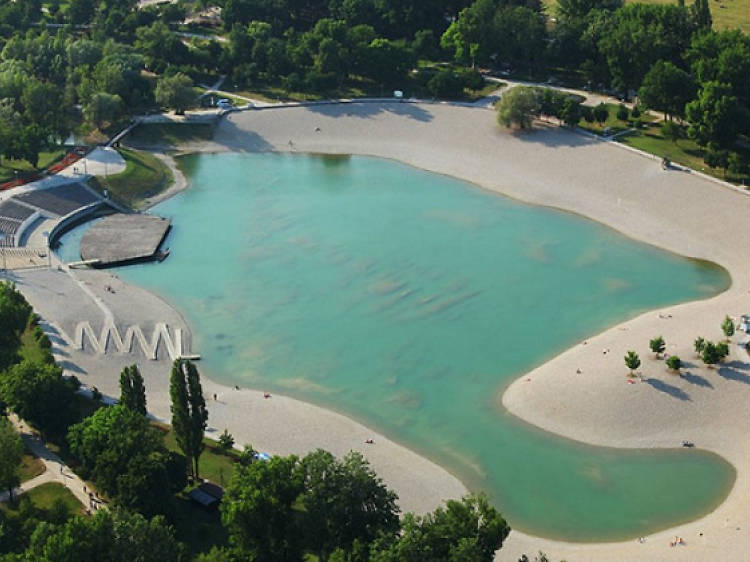 Just south of the Sava, the other side of Freedom Bridge, Bundek is only a couple of bus stops from Zagreb’s main train station yet feels a world away. An urban parkland that stretches out parallel to the river, it was significantly renovated in 2005 and set up for family-friendly recreation and outdoor events.

Of its two lakes, the larger one is surrounded by fine shingle and waterside terrace cafés. Both are ideal for picnics but in summer the Big Lake is set up for swimmers, with the lifeguards on hand and the quality of the water measured frequently. Fishermen also gather to spend the day in quiet relaxation. The smaller lake is given over to nature, plants, birdlife and other animals.

More unusual features include a chapel and a music studio and rehearsal rooms, the Glazbena Kuća, also responsible for a free outdoor festival every year. Overlooking the water, this stage has a spectator area accommodating some 2,500 visitors, who gather for all kinds of events such as the annual Fireworks Festival, Floraart for flowers and gardens, September’s RujanFest for gastronomy and live music,

The rest of the park is criss-crossed by hiking and cycling trails, and dotted children’s playgrounds (one adapted for those with special needs) and, in one dedicated area, ten public barbecues with concrete grills. At the far end of the park, closer to Youth Bridge and the tram link with town, are volleyball and handball courts. 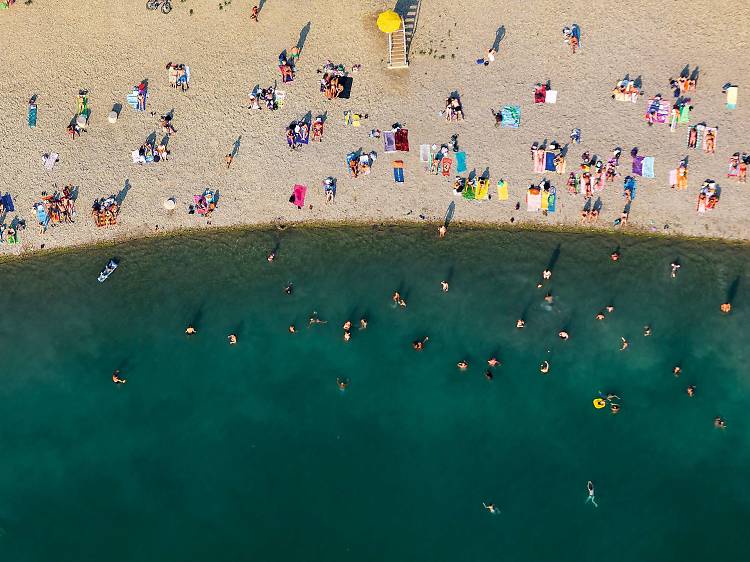 Lake Jarun is Zagreb’s great getaway, a lake centrepieced by a string of verdant islands, ideal for all kinds of outdoor activities and setting for June’s INmusic festival. Accessed by two main tramlines, one directly linked to the main square, this man-made attraction was created to stage the World Student Games in 1987.

Today it beckons with sports clubs, nightspots and fine shingle beaches. Two kilometres long and surrounded by six kilometres of cycle paths, Lake Jarun is a place for pedal boats and waterside picnics. Here and there are recliners and tropical-looking communal parasols, while a skate park draws young teens to Jarun.

A wide stretch of shingle provides the perfect setting for Zagreb’s main beach volleyball club. Just by the pedestrian bridge that leads onto the two main traffic-free islands, is Zagreb’s main windsurfing club, set by a horse-riding centre, where local youngsters are trained by national champion riders. A pair of canoeists may glide past under the bridge – their own club is further round by the biggest of the islands, Otok hrvatske mladeži, named after Croatian Youth.

Coupled with these healthy pastimes, hugging Jarun’s north-east corner, a half-moon of exotically named beach bars and discos has long since fringed this section of shore. Overlooking the Otok Ljubavi, the Island of Love, the smallest of the five dotting the lake, these mainly summer-only spots took their lead from nearby Aquarius, the pioneer of Croatia’s great dance clubs, which set up here way back in 1992. In summer, it moves out to the Adriatic, and Pag island.

Facing it across the Island of Love, the Gallery Club makes best use of its lakeside location, its terrace lapped by the water, its interior individual with that exclusive touch.

This is also the setting for INmusic, June’s high-profile, three-day festival, this year featuring The Cure, Johnny Marr and Garbage. First staged in 2006 and moved here a year later, INmusic is the best of both worlds, an event that’s close to the centre yet rural. CampIN’ tent sites and outdoor sports and workshops occupy two of the islands, the main stage set up one hop over onto Otok hrvatske mladeži. 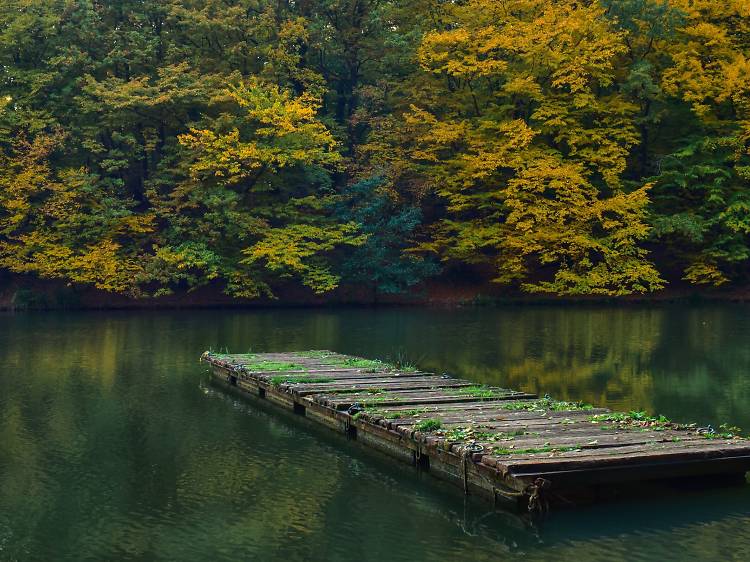 Laid out for public recreation more than 200 years ago, the Maksimir east of the city centre is Zagreb’s largest park. Rolling hills and majestic oak trees remind any UK visitor of a classic English park, which is exactly what Bishop Maksimiljan Vrhovac had in mind when he commissioned this attraction, rather than copy the more formal French style fashionable at the time.

Of its five lakes, numbered one to five, one is set within the confines of Zagreb Zoo, while the other four are ranged around the park, some overlooked by original features. Of the many architects who worked on landscaping Maksimir over the decades, it was Franz Schütz who created the Swiss House, Fisherman’s Cottage and Vidikovac for fine views over the water in the mid-1800s.

Unlike the contemporary attractions and communal sports activities of Jarun and Bundek, the Maksimir is mainly left for serene contemplation, as Bishop Vrhovac would have wished. Park benches abound.

Rather than interrupt the landscape with cafés and eateries, planners agreed to the opening of a restaurant, the Maksimir, in 1860, near the main entrance, where it stands to this day. 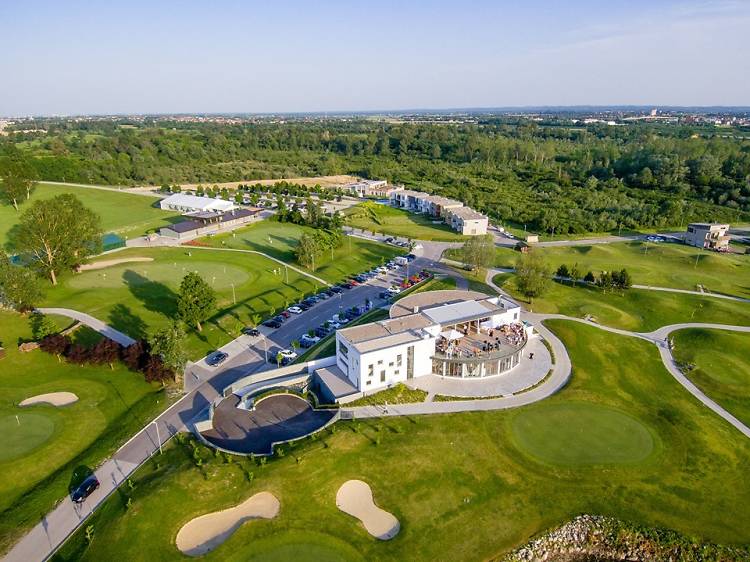 Few sports fans visiting Zagreb might realise that it has a golf resort within the city borders – and one close to the Arena Center mall and events hall. Across the Sava from Lake Jarun, Riverside Golf is an 18-hole championship course dotted with 11 lakes and completely surrounded by water. Alongside, the nine-hole Executive Course gives golfers the challenge of sand and grass bunkers, and natural water hazards.

While the championship course has been designed to match strict PGA standards, beginners are welcome to try their hand at the Golf Academy, where individuals or groups can practise their swings and putting at 40 bays and a chipping green. Twelve bays are also illuminated for evening activity.

A barbecue restaurant, the Batak Grill, operates by the course every day of the week. 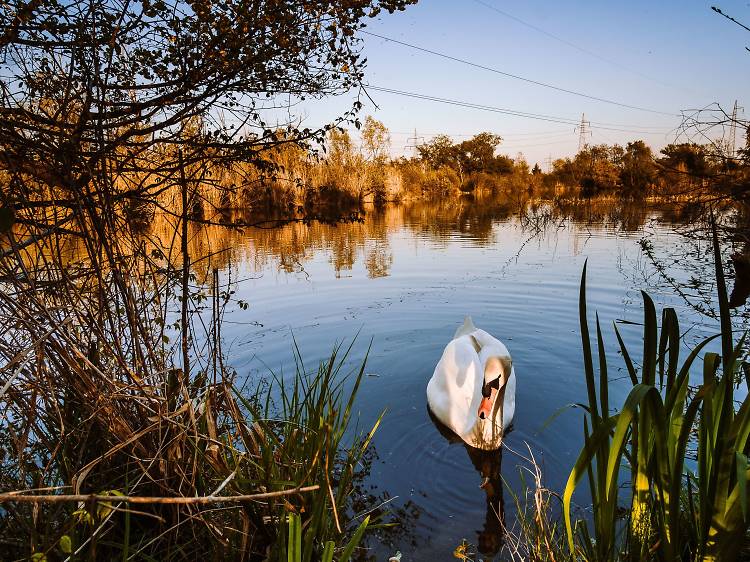 A little-known corner of the city that only locals know, Savica is a series of lakes south-east of the centre, tucked in from the river. There are 12 lakes in all, some up to eight metres in depth, and are mainly the domain of the Pešćenica fishing fraternity.

But it’s not all about rods and reels. In 1991, Savica was declared a Significant Area with a Special Zoological Reserve, meaning that protecting the wildlife here is enshrined in law. The ornithological station here is the only one in Zagreb, and attracts group of schoolchildren who come here for study workshops.

Ringing and migration patterns are showcased but the lay visitor can enjoy the simple pleasures of watching the swans and various wading birds go about their business with little disturbance.

Bus No.218 runs to Savica every 50 minutes from the main train station.