Game of Thrones guide to Croatia

Cult TV series ‘Game Of Thrones’ was filmed around historic sites in Dalmatia, particularly Dubrovnik, where a niche tourist industry has grown up. Split and Sibenik seem sure to follow. Jonathan Bousfield gives you a private tour.

There can’t be many visitors to Croatia who are still not aware that the Dalmatian city of Dubrovnik is a key location in HBO’s obscenely popular fantasy series ‘Game Of Thrones’. What might be less apparent to those other than committed Throne-heads however is the extent to which the series seems to be taking over the rest of Dalmatia too. Locations around Split lent several new dimensions to season four; by season five the filming had extended as far as the central Dalmatian town of Šibenik. And there’s no shortage of potential locations around the history-scarred Adriatic. Where the cast will end up next is anybody’s guess.

The remorseless season-by-season growth of ‘Game Of Thrones’ from geeky cult to global obsession has already had a huge impact on visitor numbers in Dubrovnik. The Throne-tour phenomenon looks set to go Adriatic-wide in 2016. What follows is a guide to the most iconic Croatian locations used in the series so far – many of which are hugely rewarding destinations in their own right.

Dubrovnik has served as the location for the fantasy city of King’s Landing ever since the shooting of series two, when it replaced Malta as the preferred backdrop for the capital of the Seven Kingdoms. The look of the walled city has clearly imprinted itself on the fictional King’s Landing, however many cosmetic changes the set builders may have made. It is now difficult to think of ‘Game Of Thrones’ at all without visions of Dubrovnik springing immediately to mind. 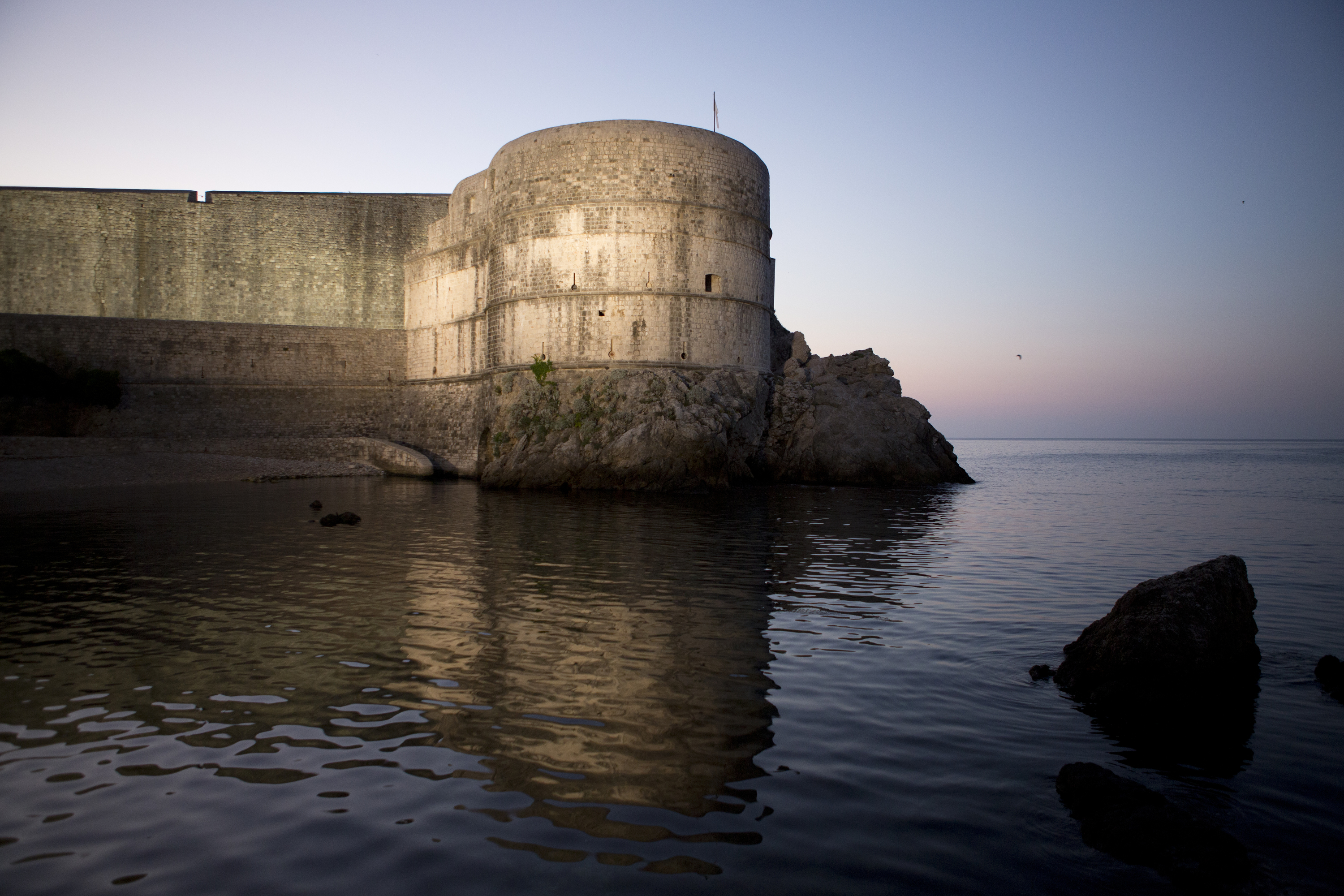 A stroll along Dubrovnik’s City Walls tops the must-do list of many a visitor. Before you try and seek out the exact spot at which your favourite ‘Thrones’ characters looked out from the battlements, however, be aware that the filmmakers used a lot of special effects to enhance the Dubrovnik locations, adding computer-generated crenellations, domes and pinnacles to the existing skylines.

The highest point of the City Walls is the barrel-shaped Minčeta Fortress at the north-western corner of the Old Town. It was used to represent the bottom of the House of the Undying, where Daenerys Targaryen goes to look for her missing dragons in the final episode of series two.

A lot of street scenes were filmed on and around svetog Dominika, the main thoroughfare that curves into the Old Town from the east. It’s here that many of the locally recruited extras spent their days dressed in medieval-style rags, pretending to shop at market stalls or gawp at passing royalty.

Svetog Dominika and the nearby focal Stradun also formed the backdrop to Cersei Lannister’s walk of shame in series five, a scene that almost didn’t get filmed due to objections from the local church authorities. The original shooting script had the character emerging nude from a well-known local church – a location that local conservatives were keen to camouflage.

The Inner courtyard of the Rector’s Palace, with its trademark stone staircase, used for the meeting of Daenerys and the Spice King in Qarth in series two, episode five.

One of the most archetypically Dubrovnik street scenes occurs in episode one of series four, when Tyrion Lannister and Oberyn Martell stroll downhill (after meeting in a King’s Landing brothel), through the narrow stepped alleys that lead from the Rupe Granary (now the Ethnographic Museum) down towards the Pustijerna quarter. It’s in this part of the city, with its maze of steep lanes and lack of touristy bars and restaurants, that you get to realise why the filmmakers chose Dubrovnik in the first place. 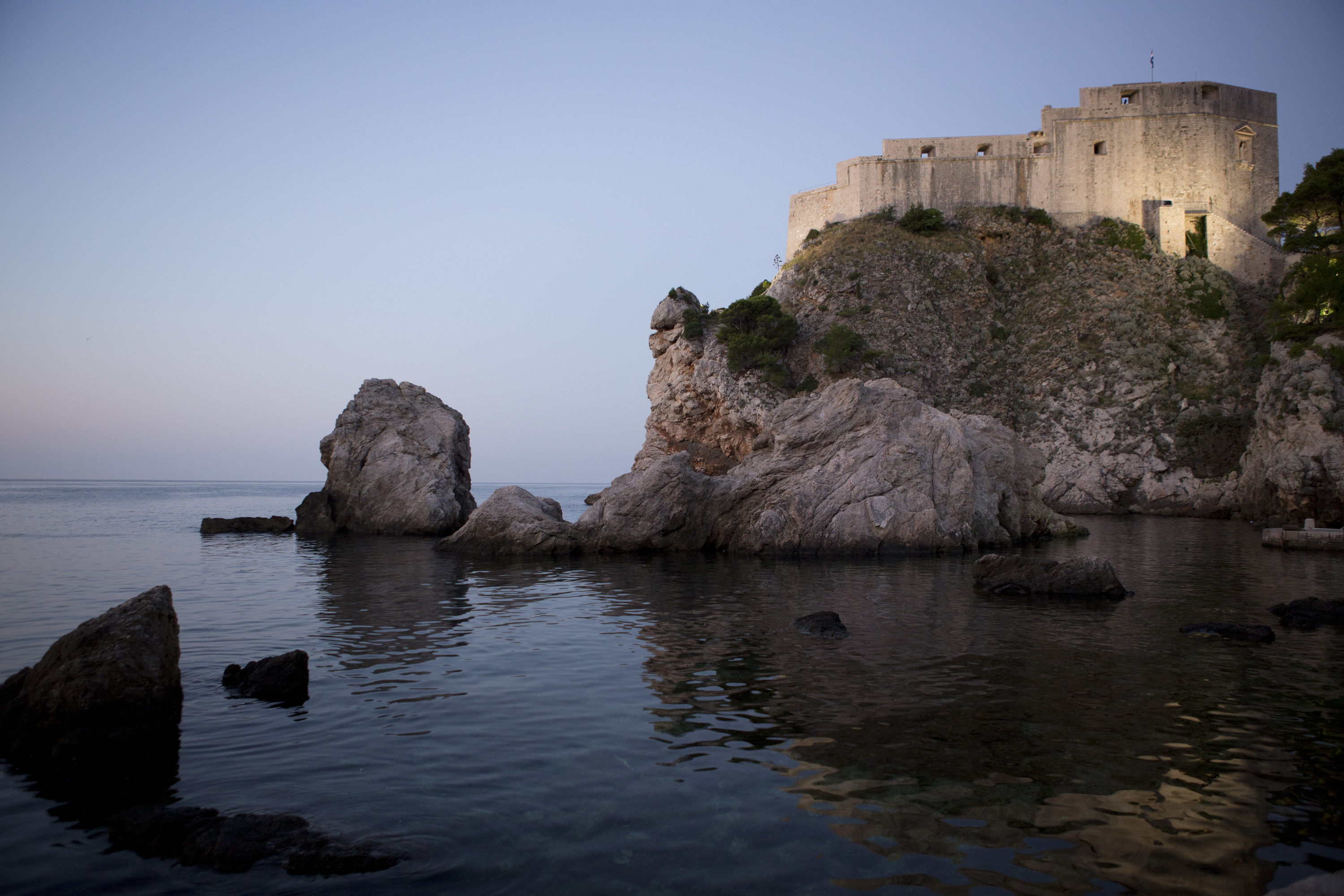 Lovrijenac, the triangular fortress that rises dramatically from a sea-facing rock just west of Dubrovnik’s Old Town, doubles as the fortified royal palace known as the Red Keep. It’s CGI-enhanced silhouette looms in the background of many King’s Landing scenes, and its inner courtyards were used to stage a tournament celebrating King Joffrey’s name day in episode one of season two.

Immediately west of Lovrijenac is Gradac park, an often overlooked oasis of tree shaded alleys and ponds. It was through the park that guests (including many a locally recruited extra) processed on their way to the Purple Wedding early in season four. 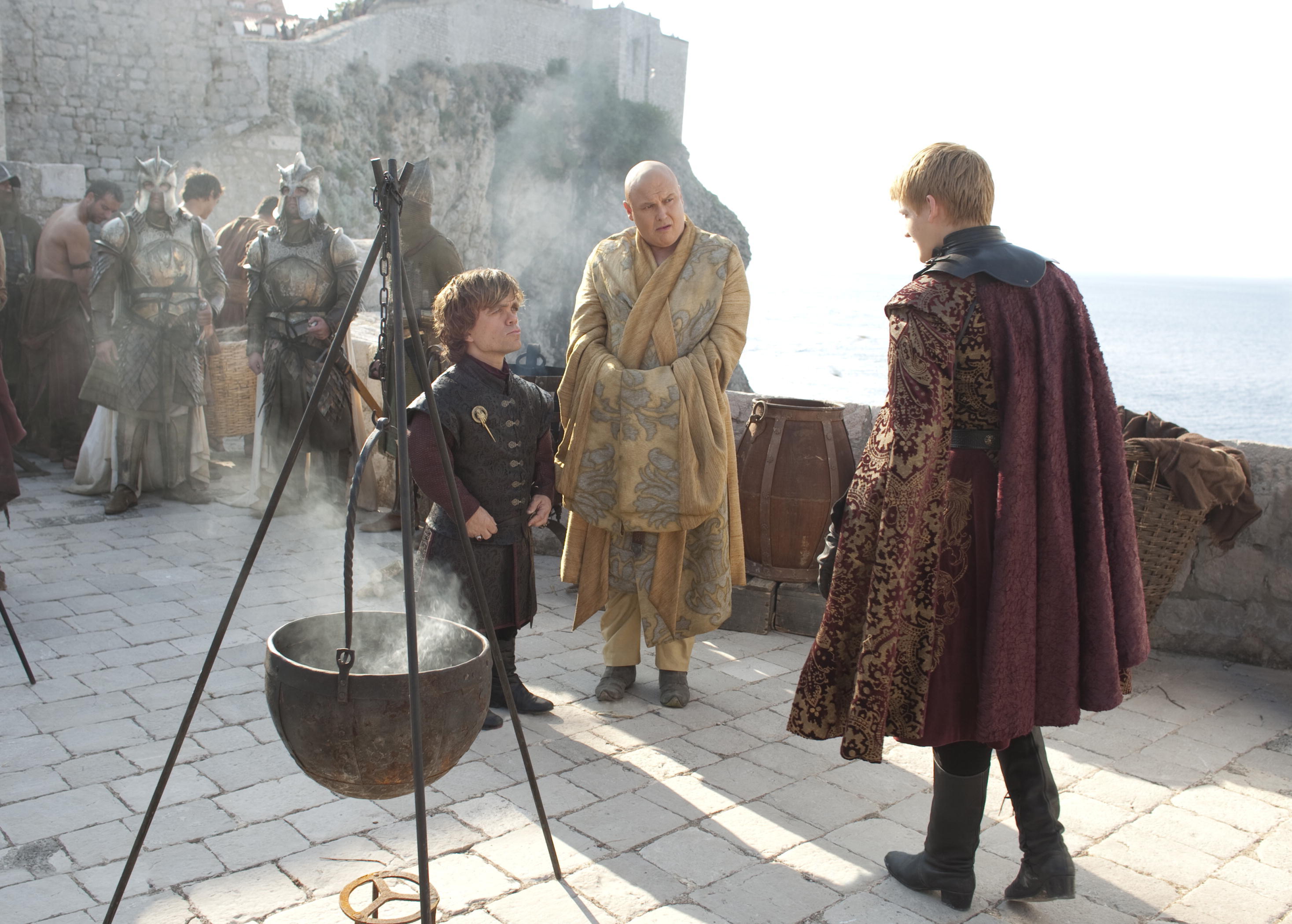 The former Benedictine monastery on Lokrum island played an important role in the Qarth-based strand of season two, with the garden party of Xaro Xhoan Daxos taking place in the cloisters. Boasting good beaches and some cactus-filled gardens, Lokrum is a good half-day trip from the city – you can get there by regular taxi boat from the Old Town’s port. There’s a restaurant and café within the very monastery cloisters in which scenes were shot, and another café near the boat landing frequently patrolled by the island’s free-roaming peacocks.

Many of the King’s Landing garden scenes in season three were filmed in the Trsteno Arboretum, the coast-hugging botanical gardens located 13km north-west of Dubrovnik. Planned around the original Renaissance gardens of the Gučetić family, it’s the ideal place to ponder the real, historical splendours of 16th-century Dubrovnik

The narrow streets of Split seem tailor-made for the filming of fantasy-city locations; the only surprise being that they have not featured in ‘Thrones’ more often. Dark, atmospheric and full of theatrical menace, the alleyways around Dioklecijanova in the Palace District were used to represent the streets of post-siege Meereen, where former slaves are seen hunting down their deposed masters. 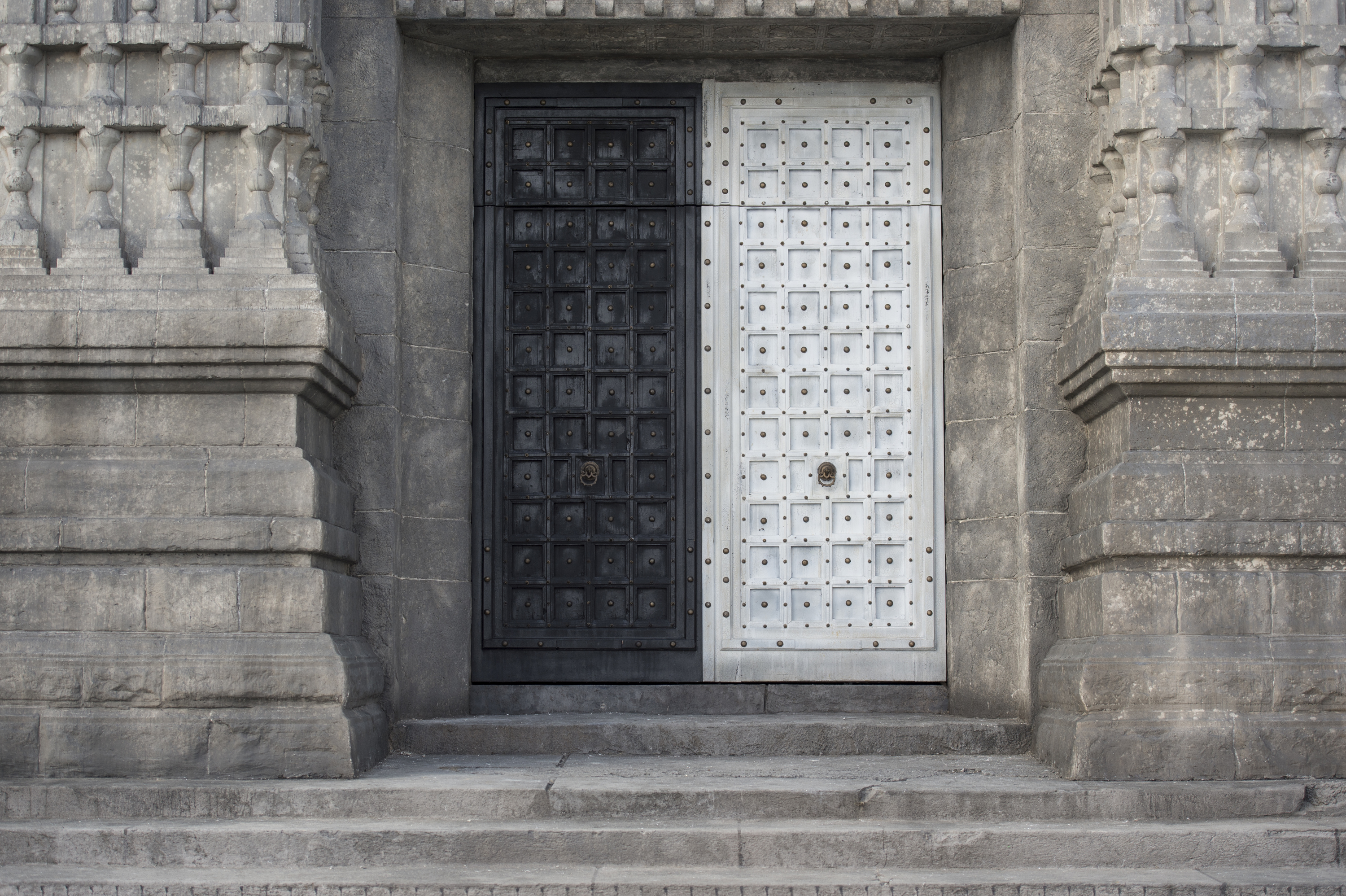 The echoing subterranean halls of Diocletian’s Palace Basement have lent themselves to all kinds of interior shoots. Most significantly they provided the location for Daenerys’s throne room as ruler of Meereen, seen in the latter episodes of season four. They are also the place where she is seen locking up her dragons at the end of that season.

Rising from a seemingly impregnable rock just inland from Split, the medieval fortress of Klis is one of the most imposing castles in the whole of Croatia – it’s hardly surprising that it found its way to the top of the location researchers’ list. Bestowed with a few additional ziggurats thanks to a CGI makeover, Klis plays the part of Meereen, the ‘slaver city’ captured by Daenerys Targaryen in series four, The masters of Meereen are then led off to be crucified on the zig-zagging access ramps beneath its walls, steps which can easily be retraced by the visitor today. Just before the siege opens, Daenerys is seen reviewing her army of 200 locally recruited extras in Perun Quarry a few kilometres away from Klis – although the magic of TV makes it appear as if the quarry cliffs are right outside the walls of the fortress.

Klis is certainly easy to get to from Split, with local buses running almost to the fortress gates several times a day. 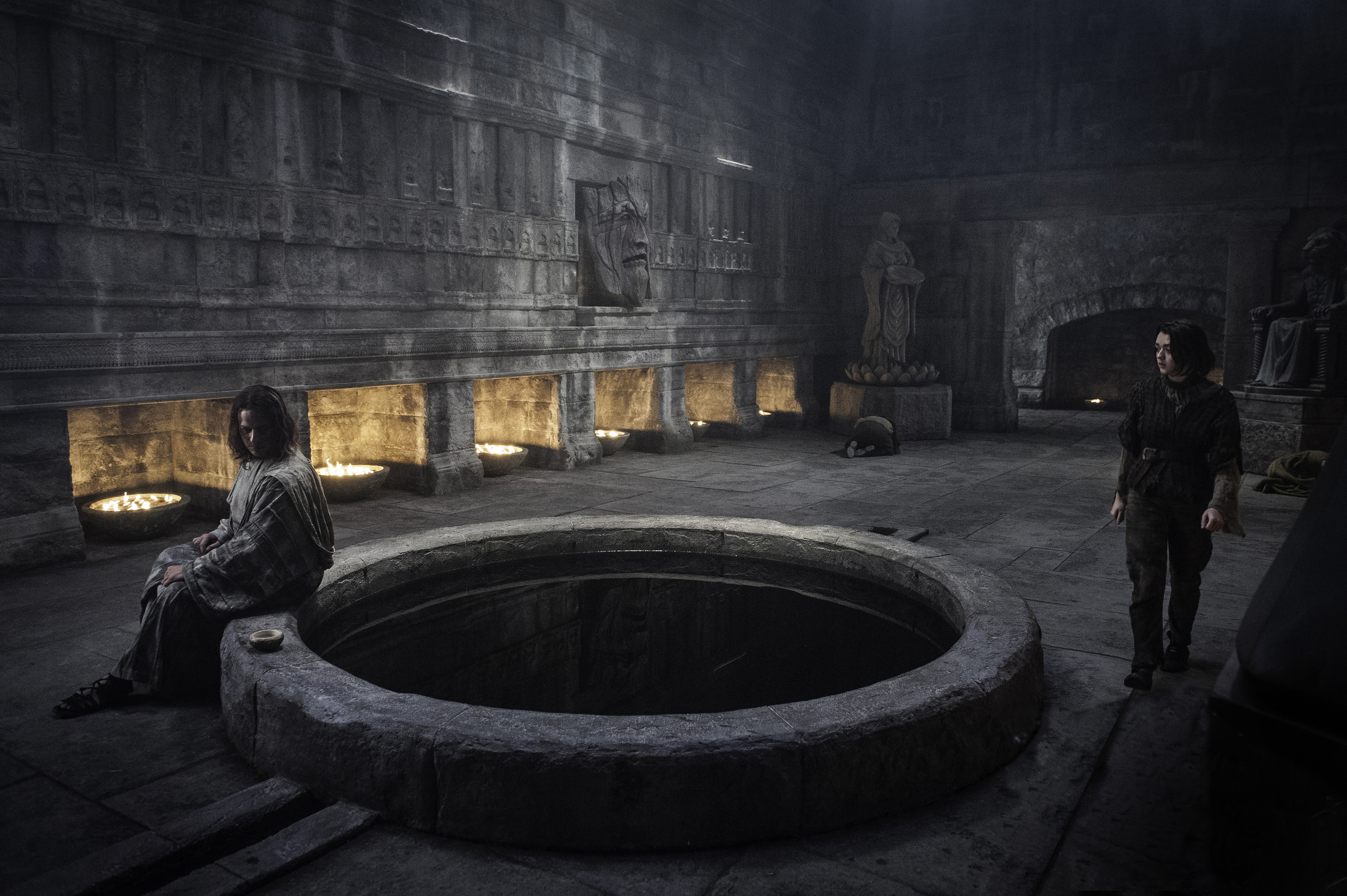 Just inland from Split, the ancient stone mill of Antonićin mlin in Žrnovnica is known locally as a popular grill-restaurant set in a lovely garden. In ‘Throne’ terms, the Žrnovnica stream is rather more important as the place where Missandei, Daenerys Targaryen’s interpreter, goes skinny-dipping in season four, secretly watched by the character known as Grey Worm. You’ll need your own transport to get to Žrnovnica, although it’s included on many of the ‘Game Of Thrones’ tours offered by agencies in Split. 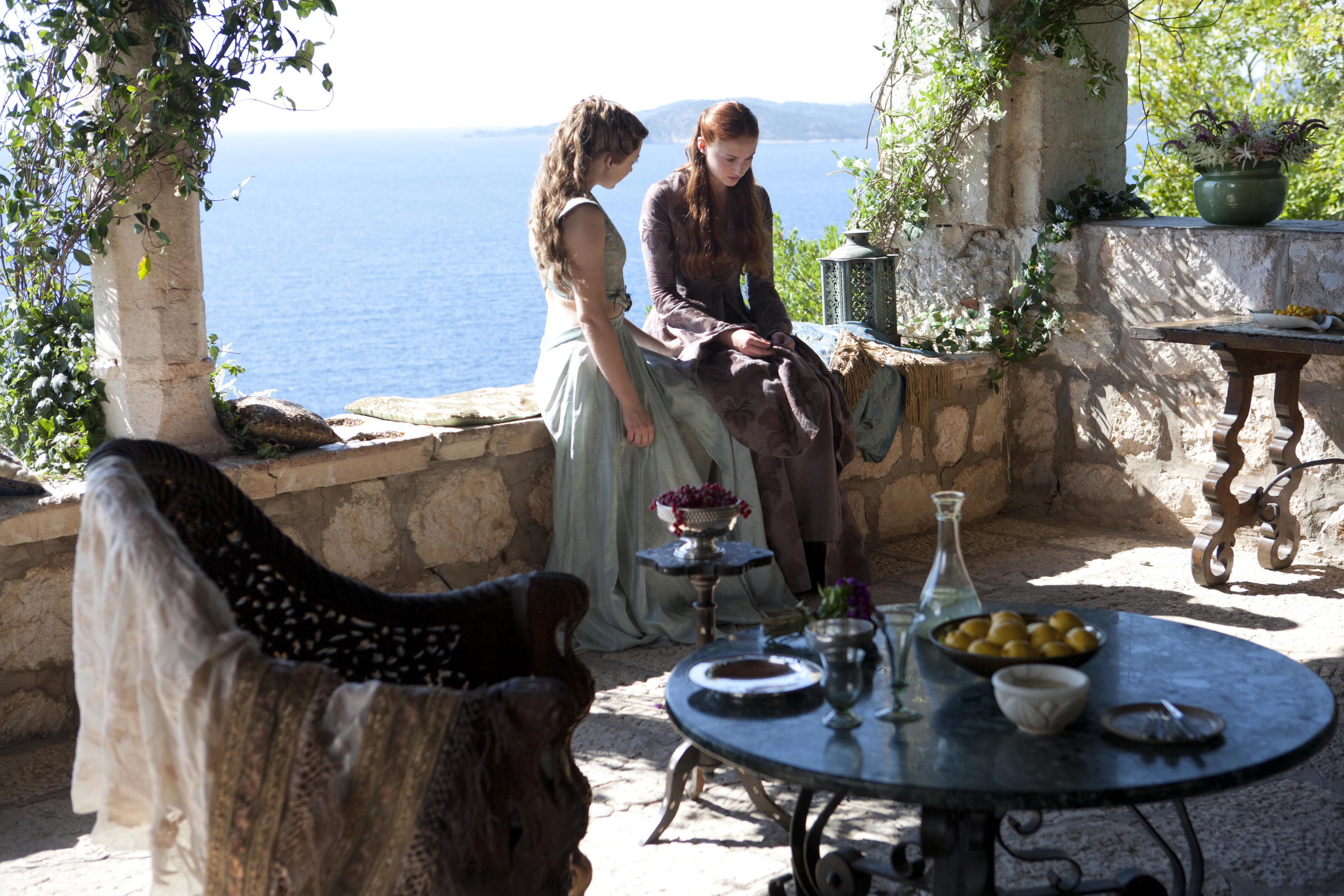 The 16th-century fortified monastery of Kaštilac, jutting into the Adriatic on a tiny island just off Kaštel Gomilica, serves briefly as the coastline of Braavos in series five, with Arya Stark arriving by boat. Fourteen kilometres north-west of Split on the road to Trogir, Kaštel Gomilica is one of seven small, linked settlements collectively known as Kaštela on account of the defensive towers built here by religious houses and noble families. Split-Trogir buses rumble through Kaštela – alighting somewhere near Kaštel Gomilica is easily done, followed by a walk along the shore.

The latest city to join the Thrones trail is Šibenik, where several exterior scenes were shot in September 2014. An estimated 500 locals queued up to be auditioned as extras, including the mayor. The glorious arcaded main square in front of Šibenik’s famous, UNESCO-listed Cathedral was used to represent the city of Braavos in series five. As in Dubrovnik, there were grumblings of discontent from the church authorities, who were initially against the use of sacral buildings in the filming of a drama whose content they considered to be not in keeping with Christian belief.

Šibenik itself is a lovely Renaissance city, full of eating and drinking options and well worth an overnight stay. 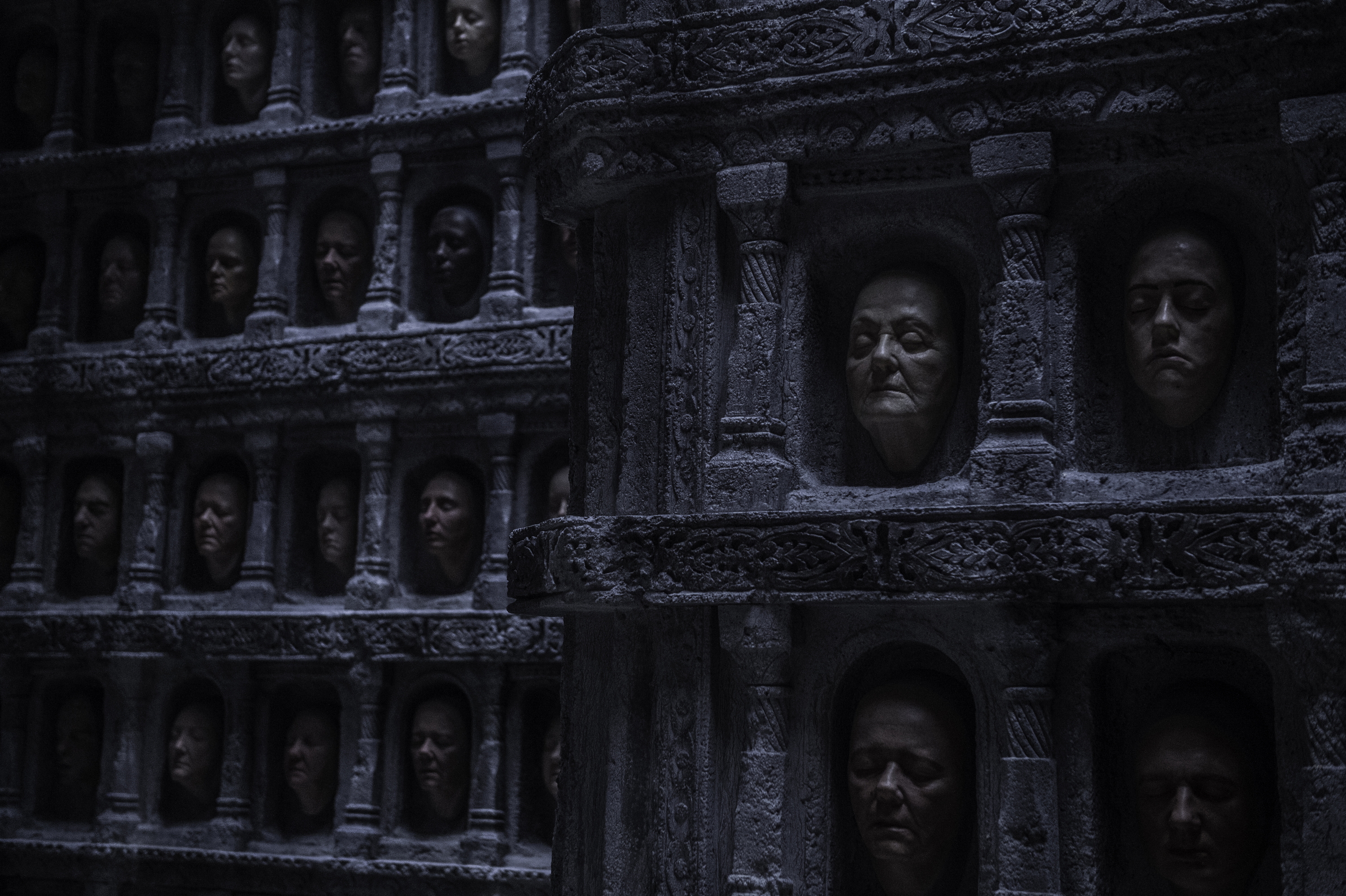