Learn about Neretva Valley history and the area today, with great things to do, attractions, sightseeing and more...

The Neretva Delta spreads over a large area some 90 minutes’ drive north of Dubrovnik.

For those driving here from the opposite direction, the most common reaction, after miles of the rocky, arid Dalmatian coast, is one of awe. The region’s unexpected lush beauty divided in a patchwork of fruit groves, crops and canals. But more than just a verdant anomaly on an otherwise jagged seaside, the Neretva Valley is a cornucopia of culture. This is one of the breadbaskets of the country as the endless row of produce stands lining the river will attest. Under a rainbow of beach umbrellas, in the area residents call the Croatian California, every imaginable fruit and vegetable – as well as honey, wine and liqueur – can be purchased.

Surrounding the main towns of Opuzen, Metković and Ploče is a unique landscape of eight large lakes and fields divided by channels accessible only by boat. Tangerine and kiwi plantations stretch for 20km – you can even join the fruit pickers in late autumn.

Near Metković is the archeological site of Narona, founded by the Greeks and visited by Julius Caesar centuries later. Its golden age came in 700 AD, when Narona was the second biggest town on the coast, ruling over 90 Illyrian settlements.

Recently, it has come into national and international focus, prompting the arrival of scores of archaeologists, historians, scholars – and tourists.

The reason for this flurry of interest surrounds the sensational findings unearthed here in the mid 1990s – and the attraction that subsequently opened in 2007. The Narona Archaeological Museum contains temple remains and sundry artefacts from the Roman and Illyrian periods.

After the Romans, Neretva became a nest of bandits, inspiring the traditional boat parade held in Metković every August.

When the modern warriors fight their way down to the Adriatic finish line and the reed-framed river world opens up to the sea’s horizon, it’s party time. As a new champion is crowned, the multitudes cover the harbour and bands oompah-pah to the rhythm of sloshing wine and the swirling of the cotton-candy machines. In restaurants, folks order platefuls of the region’s delicacies – roasted eel from the spit and breaded frog. But, best of all: your uneventful drive to Dubrovnik has become a gastronomic and cultural happening.

The other reason people visit Neretva is for bird-watching. The swamps here act as resting grounds before the spring and autumn migrations. Good locations for include the lakes of Kuti, Desansko and Modro oko, all protected, and the Baćina Lakes. Of the 40 species that visit, you might see cormorants, great crested grebes, various herons and the exotic hoopoe.

Guided tours from Dubrovnik include visits to orchards and bird sites, with overnights stays possible. Another way to discover this strangely beautiful region is with the Neretva Foto Safari, which also takes in Kuti Lake, site of a mysterious sunken town.

The Illyrian, Hellenic and Roman history of Vid, today’s quaint settlement of stone houses, has mainly become evident through these archaeological discoveries. Before this, all that was known had to be gleaned through the writings of ancient historians and the passing mention of a handful of significant artifacts in the 19th century. Excavations really only began in the 1960s – with sensational findings discovered three decades later.

The idea of creating a museum right on the archaelogical site centred on the original Roman concept of an Augusteum, established from the late 1st century BC. This was the most significant building of any Roman forum, and here featured a group of statues unique throughout the whole territory of the Roman Empire. After years of work, with special care paid to the ancient architectural structures and mosaics, the Narona Archaeological Museum opened its doors to visitors in May 2007.

It was an immediate success. Along with the remains of a temple built in Corinthian style, the permanent collection includes a multitude of materials from various eras, dating from the Illyrian period to the turn of the fourth to fifth centuries AD, when the Augusteum was destroyed.

Despite the quantity and variety of these exhibits, it is estimated that less than ten per cent of the local archaeological remains have been found. Since it is known that there were other temples and thermae in Narona, more significant discoveries should be expected.

Great things to do in Neretva Valley 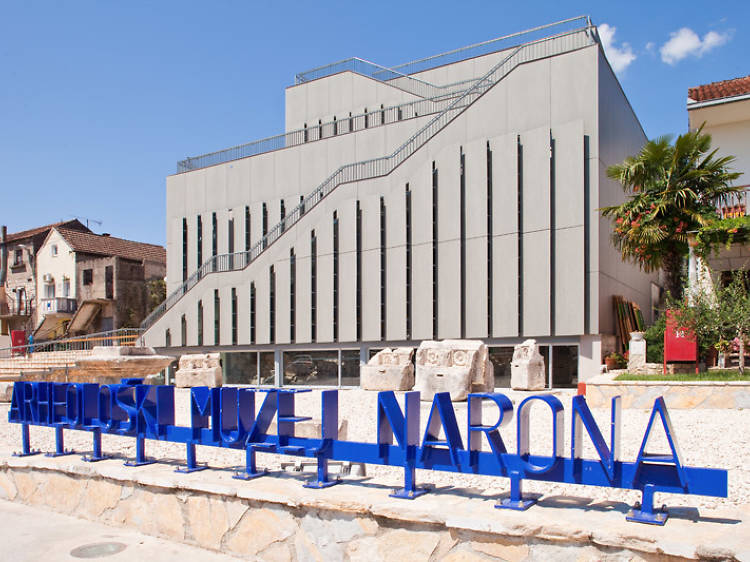 One of the most worthwhile mainland excursion destinations within reach of Orebić is the site of Narona,  the Roman town and trading hub whose remains are mostly submerged beneath the modern village of Vid. A first-century temple at the heart of Narona was discovered in the mid-1990s, and a museum was built to cover the site of the excavations, complete with the mosaics and statues that were found at the spot. A sleek grey box containing metal stairways and see-through floors, the museum is certainly an object lesson in how to preserve and exhibit an archeological dig. The temple floor is surrounded by 17 marble sculptures of gods and imperial rulers – most are lacking heads and arms but they still look pretty impressive. There’s a viewing terrace on the roof of the museum, allowing sweeping views of the Neretva Delta’s irrigation canals and orange plantations.
Read more 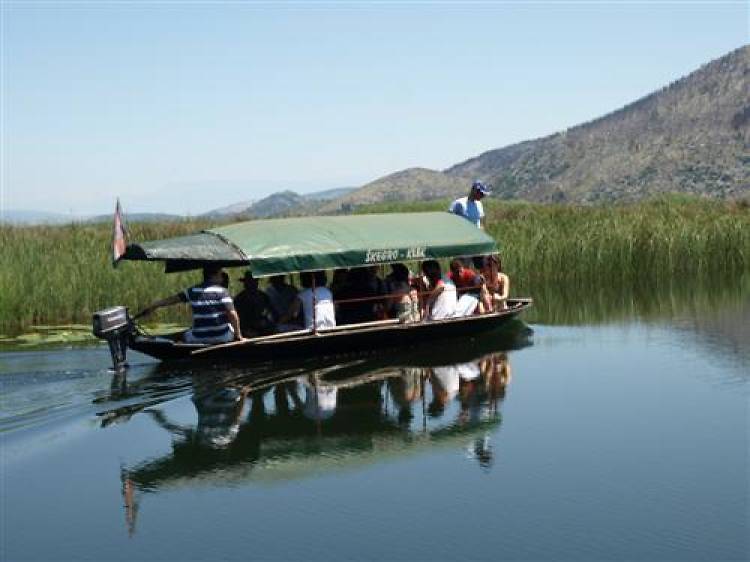 A great way to discover this strangely beautiful region is the Neretva Foto Safari, which also takes in Kuti Lake, site of a mysterious sunken town.
Recommended