The list of the best things to do in Detroit is exhaustive, in all the best ways. Not only does the Motor City ooze history (hello, Motown Record Corporation and Ford Motor Company), but artists, creatives, chefs and the like are busy opening some of the country’s best coffee shops, bars, restaurants and bohemian stores. Detroit is also home to fab art museums, trendy markets, some of the best pizza in America and heaps more cool stuff. Check out our list below of the 20 best things to do in Detroit and start planning your next trip to Michigan's largest city.

Best things to do in Detroit 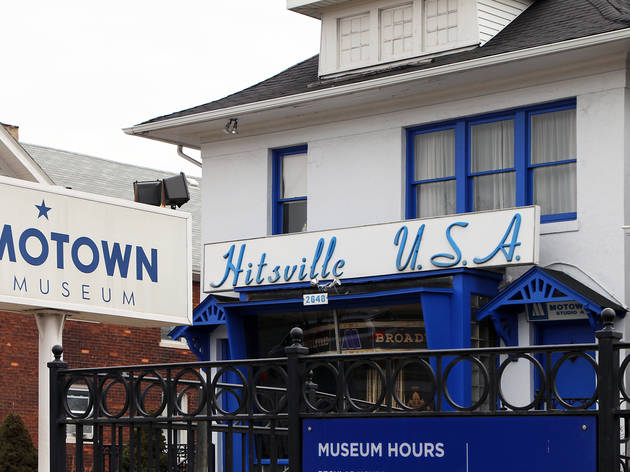 What is it? Music legends were made in this modest Detroit house.

Why go? At 2648 West Grand Blvd you'll find Hitsville USA. In other words, the home of Motown Records, which was founded by Berry Gordy in 1959 in this very house. Many greats recorded here, including Marvin Gaye, The Supremes and Stevie Wonder, while other legends have contributed to the museum. Paul McCartney helped fund the restoration of Motown's 1877 Steinway & Sons grand piano, which you can see in all its glory, and Michael Jackson donated a hat, glove and thousands of dollars. Whether you're a music nut or not, the Motown Museum is a must-see. 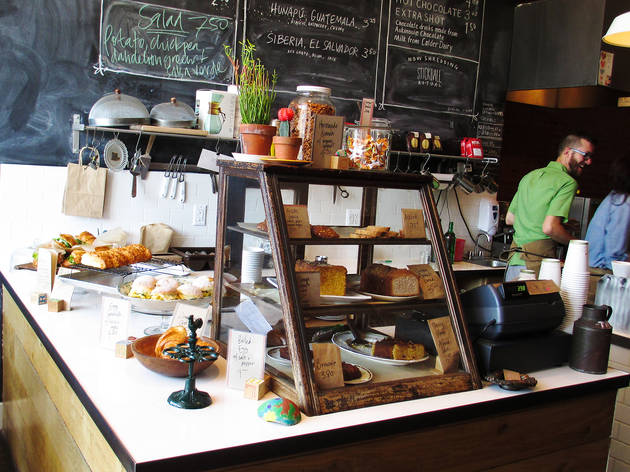 What is it? One of the hippest neighborhoods in Michigan.

Why go? Here, artists’ collectives and vintage stores cozy up next to cool coffee shops like Astro and cocktail bars like the Sugar House, home to some of the finest mixologists in town. But the most famous Corktown venue of them all is the legendary Slows BBQ, a Detroit staple justifiably renowned for its exquisite brisket and baby back ribs. 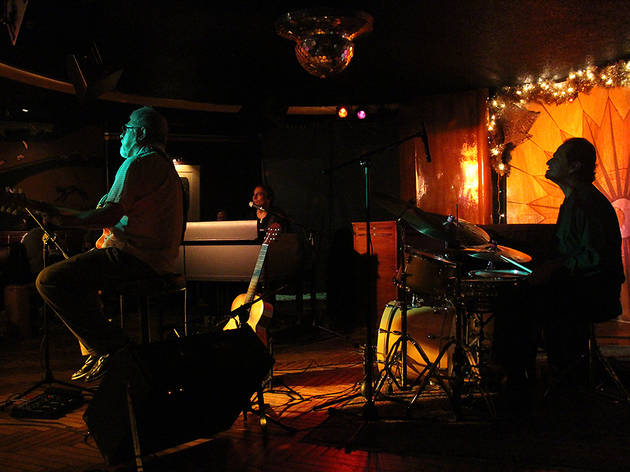 What is it? A sultry art deco jazz club that first opened its doors in 1935.

Why go? Entering Cliff Bell’s is like walking onto the set of a Fred Astaire movie. After extensive renovations in 2005, much of its ’30s glamor was restored and it's now one of the places to see and be seen in Detroit again. Grab a happy hour cocktail at the gorgeous mahogany bar, or make a dinner reservation and enjoy the evening’s live jazz ensemble as you peruse the excellent menu (the bison short ribs with polenta cake is our hot tip). 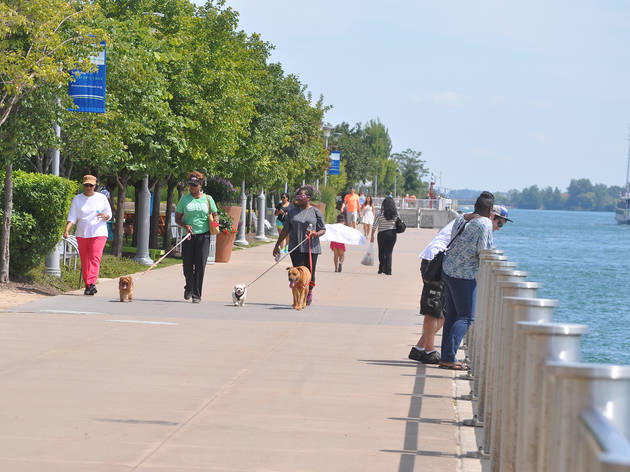 What is it? A 5.5-mile promenade unfurling alongside the city’s spectacular waterfront.

Why go? The RiverWalk boasts outstanding views of the Detroit River beyond. During the summer months it offers a cooler place to exercise than the heat of the city, with locals flocking in their thousands to run, walk or cycle its picturesque course. There are plenty of way stations en route too: for eating, drinking and bike/kayak renting. For those visiting for the first time, there are also free RiverWalk tours given by the excellent Detroit Experience Factory. 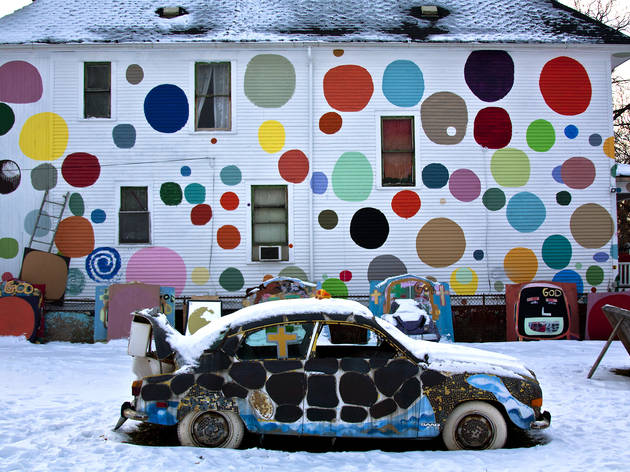 What is it? A huge—and hugely surreal—art project.

Why go? Pioneering local artist Tyree Guyton has been adorning houses on Heidelberg Street with found objects since 1986. His hope was to renovate the decaying neighbourhood where he grew up into something colourful, creative and inviting, and over the decades transformed numerous houses. The most renowned, Dotty Wotty House, has been turned into a museum accessible by tour only, which must be booked at least two weeks in advance. 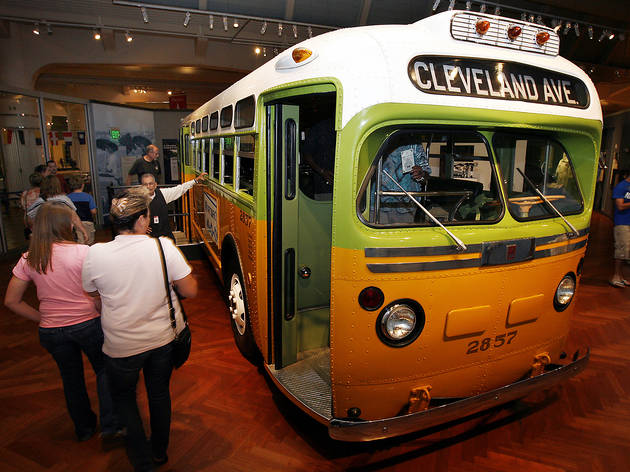 What is it? A look at Detroit's industrial and cultural past.

Why go? They don't call Detroit the Motor City for nothing. Widely considered the centre of America's automotive industry, it's here that Henry Ford birthed the idea of manufacturing affordable cars via an assembly line. Learn about that and more at Henry Ford's sprawling museum. Visitors can see the limousine in which JFK was assassinated, the bus on which Rosa Parks refused to give up her seat and behind-the-scenes at the Rouge Factory, which is still in operation today. 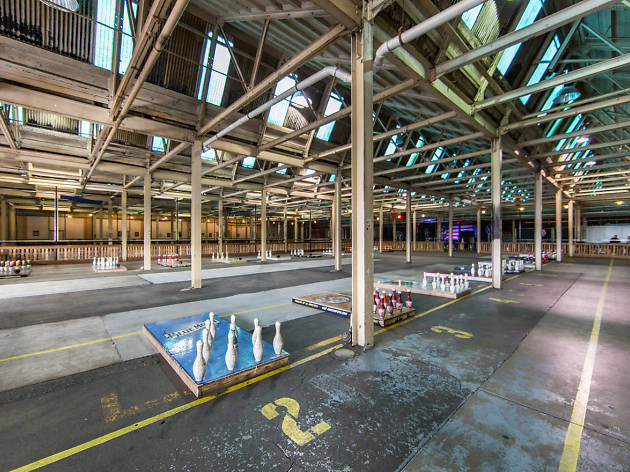 What is it? What would happen if football and bowling had a lovechild? Fowling, that's what.

Why go? It's a fun bar game (which involves tossing a football at bowling pins), it’s best practiced with a round of beers at Fowling Warehouse. If you’re more serious about your pins, head straight to the stately Garden Bowl, which opened in 1913 and remains America’s oldest active bowling alley. 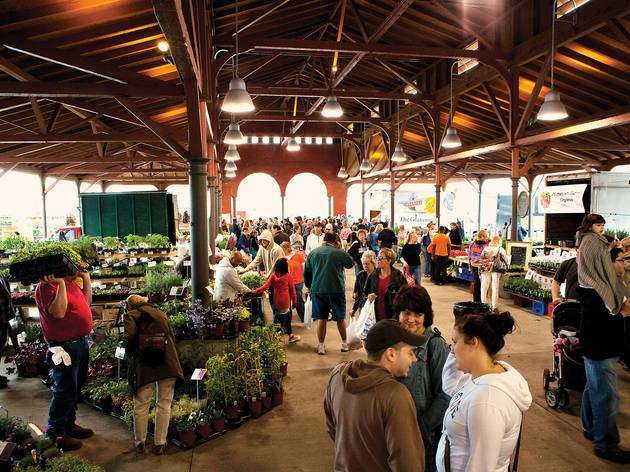 What is it? A one-stop, six-block shop of foodie heaven.

Why go? As the largest historic market in the country, Eastern Market covers an enormous 43 acres, selling pretty much every kind of food imaginable—as well as hosting the largest open-air flowerbed market in the US. It can get very busy—some 45,000 people come here every Saturday—so if you need a breather, head to the Russell Street Deli, where a delicious breakfast menu is served all day, including their famous fresh hotcakes with toasted pecans and maple syrup. 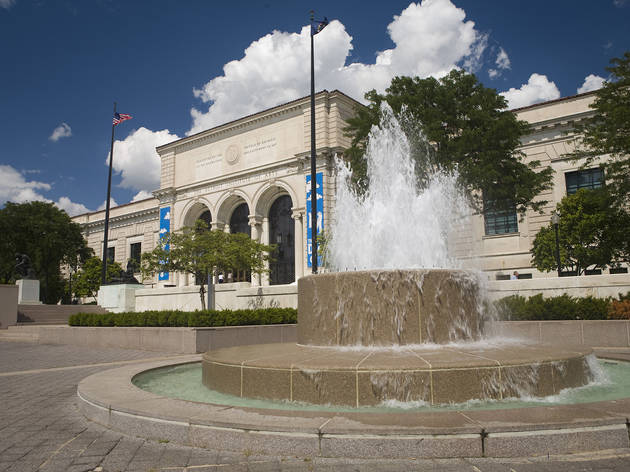 What is it? A prime art collection, including pieces by Picasso, Matisse and Van Gogh.

Why go? Justifiably renowned worldwide, the Detroit Institute of Arts' coup de grace is ‘Rivera Court’; an entire room of outstanding frescoes painted in situ by Mexican artist Diego Rivera during a visit in 1932 with his wife Frida Kahlo. Visit on a Friday evening, when the museum stays open until 10pm and Rivera Court hosts free concerts. And if that’s not enough for your artistic appetite, there’s also the Museum of Contemporary Art Detroit, which you'll find in a former Albert Kahn auto dealership. 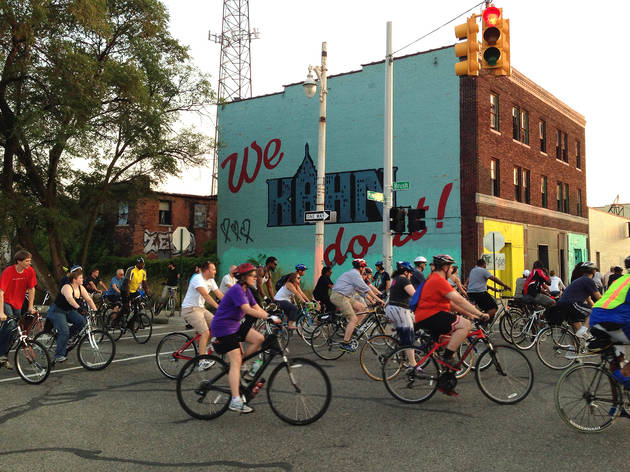 What is it? Michigan’s largest weekly bike ride.

Why go? The Slow Roll has two outspoken aims: to showcase the beauty of Detroit and to spread positivity. Each Monday evening more than 3,000 riders of all ages, abilities and fitness levels come together at a different meeting point in the city, to cycle a new route through its streets. The slow pace of the posse makes it suitable for everybody, and a safe way to grab a unique perspective on Motor City’s ever-accelerating renaissance. 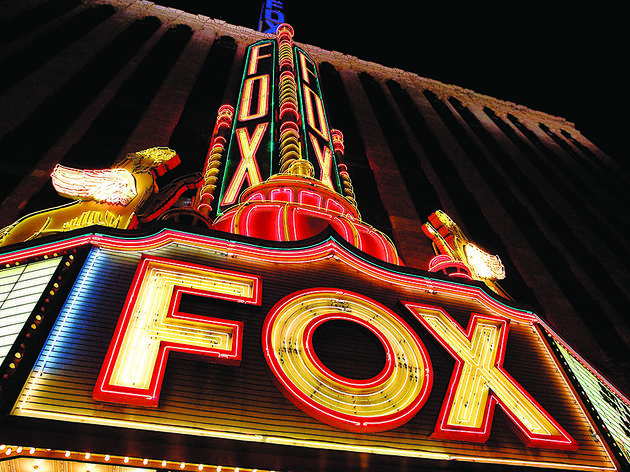 What is it? The second largest theatre district in America (after Broadway).

Why go? Many of Detroit's theaters can be found in grand, historic buildings. Like the Opera House, an ornate structure that parts of which were designed by Charles Howard Crane and date back to 1906. Crane also designed Fox Theatre's original flagship 'movie palace', which opened in 1928 and remains today. Also worth a visit is the quirky, cabaret-style Century Theatre (lacted inside Gem Theatre), which is especially good for comedy. 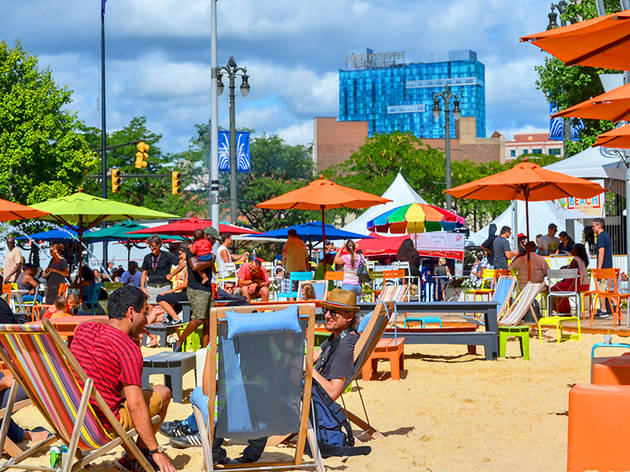 What is it? The 'point of origin' of Detroit’s coordinate system (seven miles north is Seven Mile Rd, another mile then Eight Mile Rd, etc.).

Why go? Campus Martius Park remains one of the city’s most important focal points. It’s also one of the best places to hang out for a chilled afternoon: Relax with a specialty coffee from Roasting Plant (and marvel at their Javabot), or go for a spin round the seasonal ice rink and enjoy a hot cup of cocoa in the colder months. 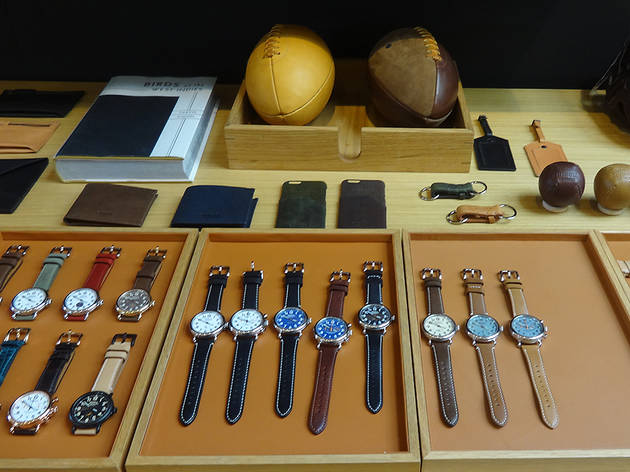 What is it? Two miles of intriguing bohemia, including galleries, boutiques and restaurants.

Why go? Along Cass Corridor you can shop at the famous music store owned by Jack White of the White Stripes, Third Man Records, as well as eclectic homeware boutiques like City Bird and Nest. Not to mention the flagship Shinola store, where the renowned bespoke watches and bicycles are produced and sold. 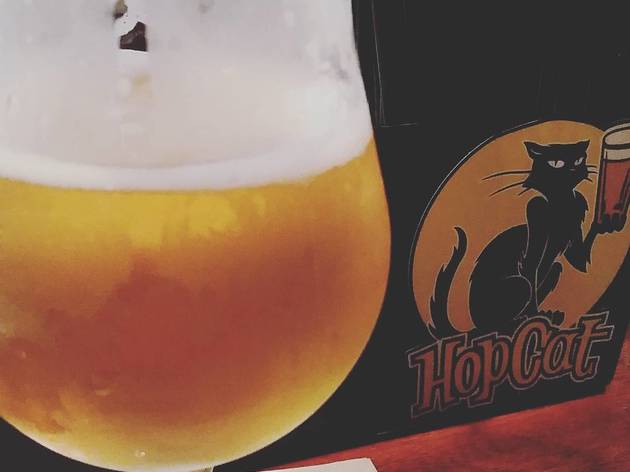 What is it? An incredibly well-stocked bar with a nose for great beer.

Why go? Like many major American cities, Detroit is currently undergoing a craft brewery revolution. And leading the delicious, frothy charge up here in Michigan is HopCat. Swing by for a quick tipple from their 130-strong menu (and that's just the taps) or settle in for a thorough evening of 'research', fuelled by HopCat’s beer-battered French fries. 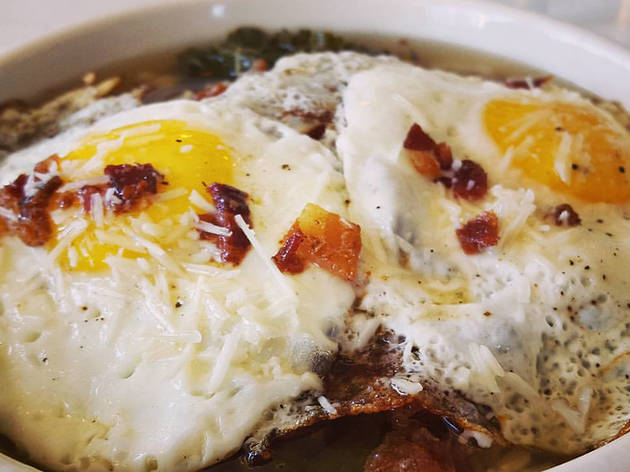 What is it? Hearty, traditional grub served up like you were one of the family.

Why go? Ask a patron about Rose’s Fine Food and 'charming' will almost certainly be one of the first words out of his or her mouth. Cousins Lucy Carnaghi and Molly Mitchell named the restaurant after their grandmother’s favorite flower, and the whole place feels wonderfully old-fashioned, from the antique china cups to the comfort food on the menu, which includes an extensive selection of pancakes and pastries. 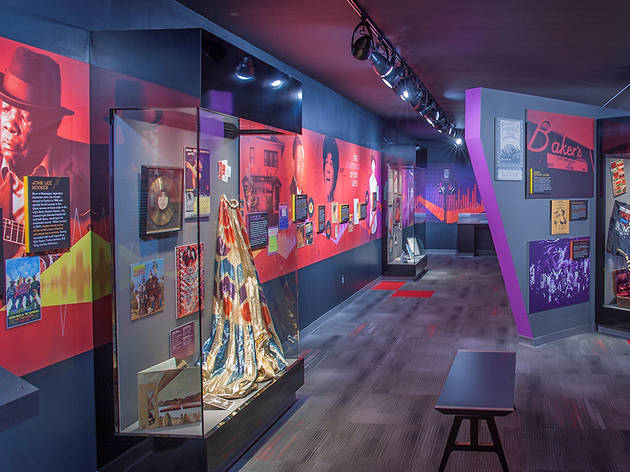 What is it? Home to bite-size exhibitions showcasing the city’s rich 300-year history.

Why go? The Detroit Historical Museum details vital moments in the making of the Motor City and Old Detroit, but it’s the ever-evolving temporary exhibits that keep people flocking to this quaint Midtown institution. In particular, the displays focusing on the city’s rich artistic heritage, which is often unjustly left for dust by its automotive accomplishments. 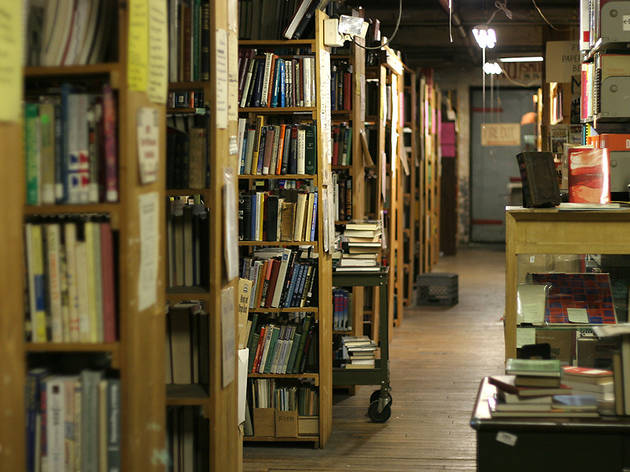 What is it? A Detroit institution that’s home to one of the world's finest literary hoards.

Why go? There’s a certain sense magic about John K King Used & Rare Books. With over a million second-hand volumes in stock at any time, the four-story property is a treasure trove of rare stories, vintage volumes and forgotten tales. Lose yourself for a couple of well-spent hours, which isn’t difficult: the collection remains completely uncomputerized, making for a unique shopping experience as you plot a meandering path through its dusty aisles. 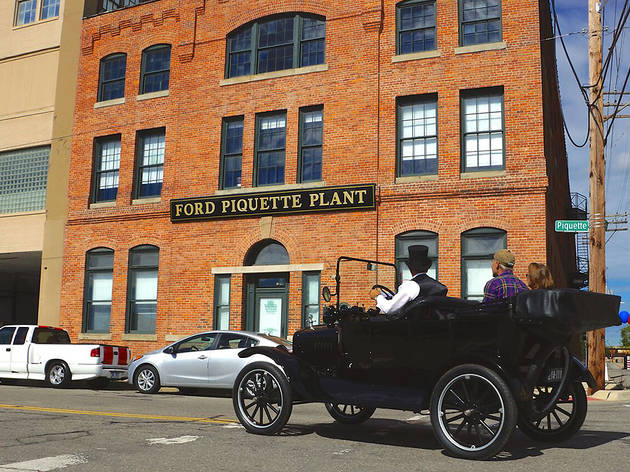 What is it? Henry Ford’s (meticulously restored) first factory, which bore the 'car of the century'.

Why go? In 1908, the Ford Model T revolutionized transportation, swiftly becoming the most popular car on the planet. And it was conceived, developed and built right here in Detroit. Today the Ford Piquette Avenue Plant is a not-to-be-missed museum; it's so full of classic vehicles it looks like a parking lot from 100 years ago. Be sure to visit the 'secret experimental room', where Ford invented the vehicle that made driving popular. 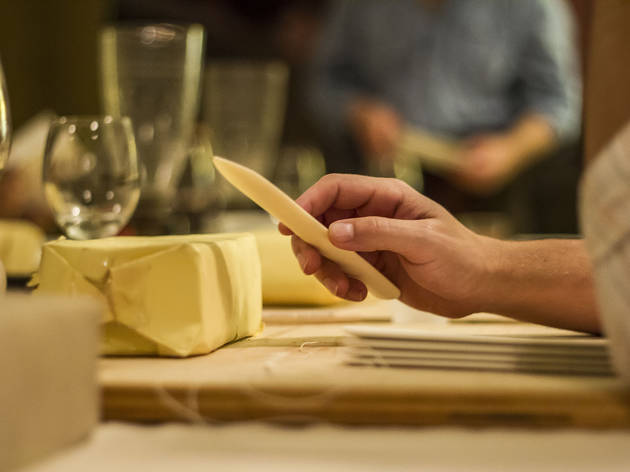 What is it? A letterpress studio in the heart of the Eastern Market.

Why go? Sign up for one of the intriguing group classes at Salt & Cedar. Here, creative events range from farm-to-table dinners at one end of the spectrum to bookbinding workshops at the other with film screenings and talks in between. Plus wonderful blends of the two, when guests can enjoy a feast of locally grown ingredients before hand-sewing a journal. 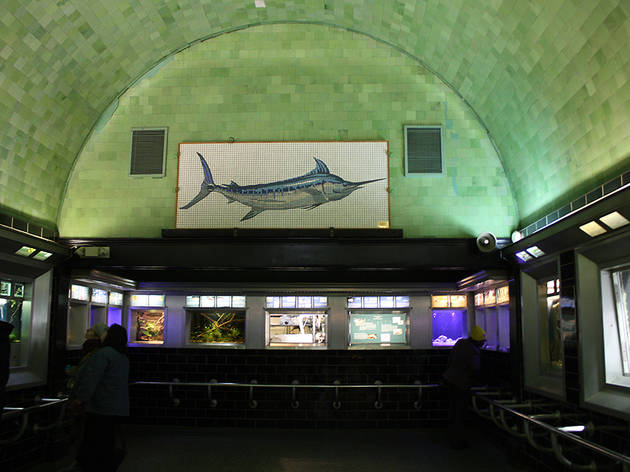 What is it? One of Detroit’s truly historic icons and the oldest public aquarium in the US.

Why go? The Belle Isle Aquarium opened in 1904, and within the ornate building features a single large gallery under an arched, green-tile ceiling, to evoke a spookily-accurate underwater ambience. The aquarium (which also served as a speakeasy during Prohibition) is now run by volunteers and opens every Friday to Sunday, 10am-4pm. If you’re heading over to Belle Isle – a 982-acre island park on the Detroit River – take time to check out the Anna Scripps Whitcomb Conservatory too, a beautiful 13-acre botanical garden and greenhouse a short walk from the aquarium.

Read more
Find more things to do in Detroit
Recommended