This year’s Cannes threw up some big surprises (Titane winning the Palme d’Or, the fact that it happened at all), as well as a plethora of films that should rank highly on movielovers’ must-see lists for the year ahead (Belle, Bergman Island, A Hero, Paris, 13th District et al). But as the red carpet is rolled up for another year, we wanted to celebrate the festival’s alternative winners: the mad moments and unsung heroes. The bits where Cannes really loosened up and let its freak flag fly. Here are eleven Cannes moments to remember. 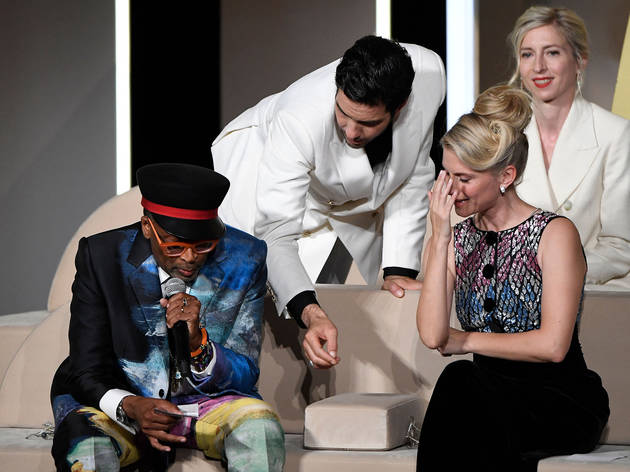 It was against all the odds that the Cannes Film Festival even went ahead this year – a feat of logistics that required mass testing, mask-wearing and a swish new online ticketing system. And at the end, the jury, led by Spike Lee, picked a line-up of award winners that had edge, daring and movie magic spilling from it – especially in the case of Julia Ducournau’s brilliant-bonkers Palme d’Or winner Titane. But it would be remiss not to mention Lee accidentally announcing the night’s big winner at the beginning of the awards ceremony. Somewhere out there, Warren Beatty and Faye Dunaway were feeling a lot better about that Oscars mix-up. 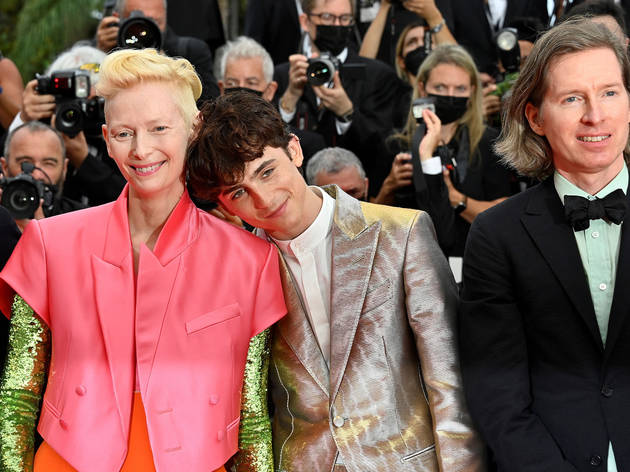 Cannes standing Os have lasted past 20 minutes (take a really long bow, Pan’s Labyrinth) so the nine minutes afforded The French Dispatch might feel like small pommes de terre. Not if you were Wes Anderson. The director spent most of it looking like he was secretly praying for a sudden sinkhole to appear beneath the Grand Théâtre Lumière. Sadly, it didn’t materialise and the clapping just thundered on. 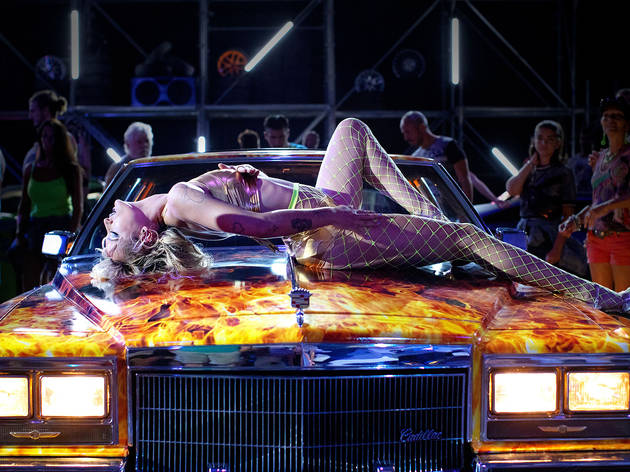 It may have been lockdown or the heat, but this was the year that Cannes got seriously thirsty.  There was so much on-screen licking that the term ‘Cannes-ilingus’ briefly trended on social media. It appeared in everything from Paul Verhoeven’s nun-sploitation flick Benedetta to Adam Driver doing it while singing a ditty in Annette. But our clear winner came in Titane from Julie Ducournau (Raw), in which a young woman has sex with a car. Not in, with. 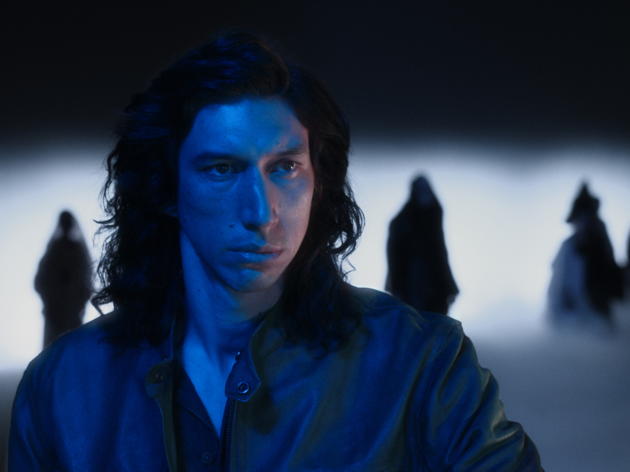 The out-there festival-opener, Annette, saw Adam Driver star opposite Marion Cotillard as an eccentric LA showbiz couple who parent a wooden child (we did say it’s out-there). Once the lights went up and the applause started, Driver reached into his pocket, lit up a ciggie in the cinema and happily puffed his nerves away. French citizenship surely awaits. 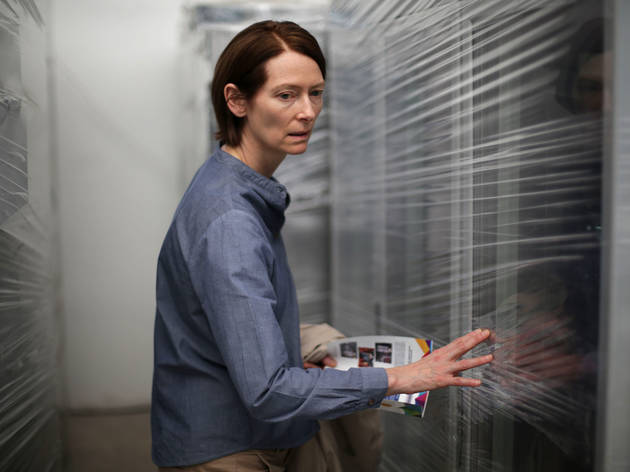 La Swinton is a seriously popular figure in Cannes, so the fact that she had multiple films at the fest – including Wes Anderson’s The French Dispatch, The Souvenir Part II and Apichatpong Weerasethakul’ Memoria – and was there pretty much throughout made everyone happy, probably scoring a discount at the hotel in the process. She was a red-carpet rock star with outfits  to match, at one screening wearing a kind of outsized super-shirt that will be hanging in all our wardrobes by August. She emerged as the undisputed coolest person on the Côte d’Azur. Yes, there is an award for that. 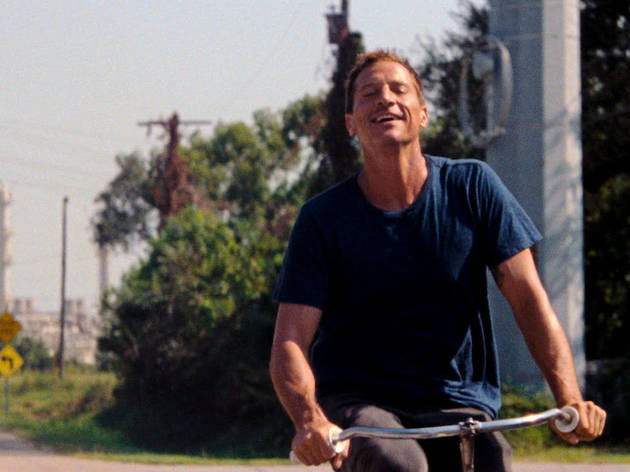 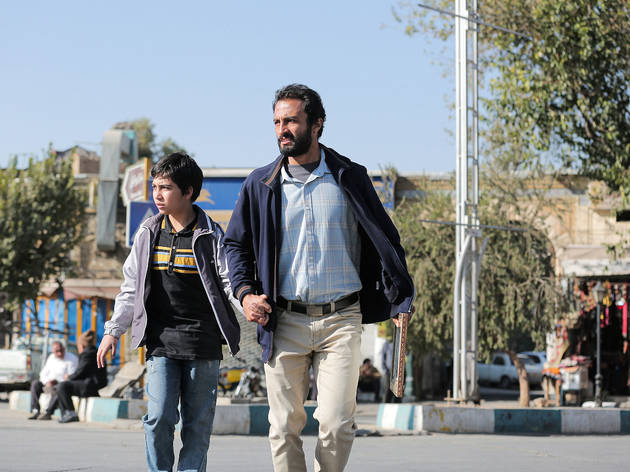 This being Cannes there were dozens of talking points, from Leos Carax’s madcap musical opener Annette to Bill Murray’s decision to wear two watches to The French Dispatch photocall, to every single thing that happened in Titane. But for itches that just couldn’t be scratched, the dilemma at the heart of Asghar Farhadi’s gripping moral tale A Hero took some beating. The plot offered its hero, a debtor who discovers a bag of gold coins, a ‘Choose Your Own Adventure’-style maze of options – and festivalgoers got a tonne of mileage out of chewing them over, post-film. 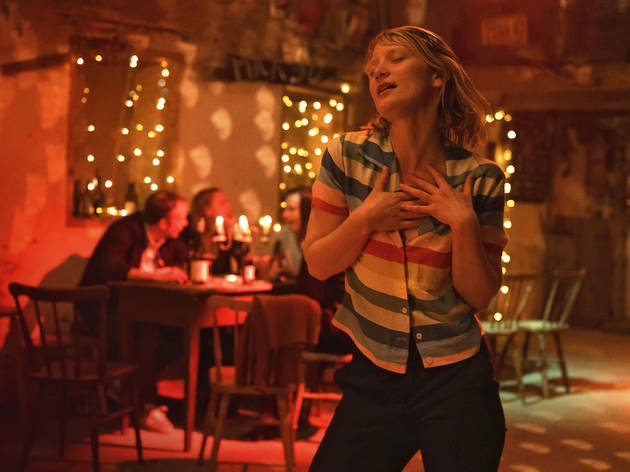 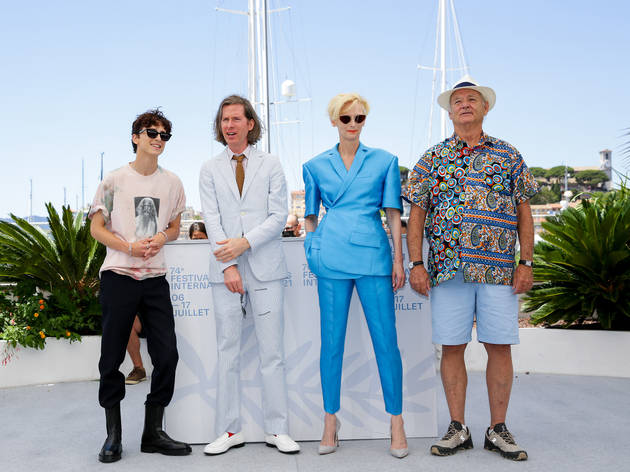 As is often the case with Wes Anderson festival appearances, The French Dispatch’s photocall was a thing of magnificence: Timothée Chalamet, Wes himself, Tilda Swinton and Bill Murray assembled for the cameras, each dressed in styles that ranged from haute couture (Swinton) to millennial chic (Chalamet) to cool professor (Anderson) to maverick retiree on holiday (Murray). Instantly, the internet turned it into a stream of LOL-worthy memes, comparing the clashing quartet to everything from Radiohead albums to social media platforms. Scandalously, Murray was Facebook. 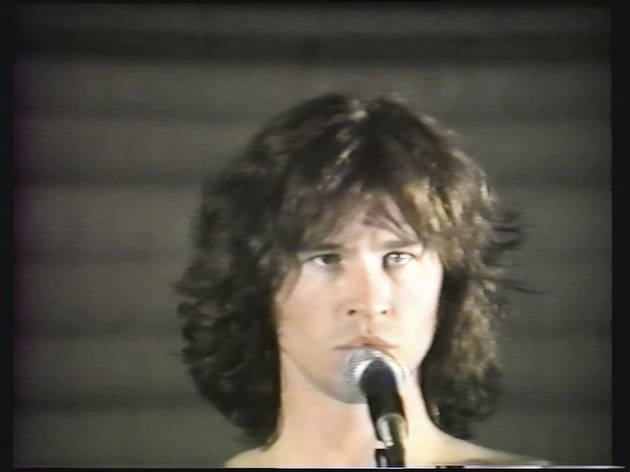 There was room for real emotion among all the glitz and glamour, and much of it came from acclaimed Val Kilmer doc Val. It proved an unsparing and reflective account of the Hollywood star’s journey from A-lister to cancer sufferer. Unable to speak, or to eat without a tube, after two tracheotomies, Kilmer wasn’t in Cannes for the screening, but a film full of intimate home video footage brought teary eyes to week one of the fest. 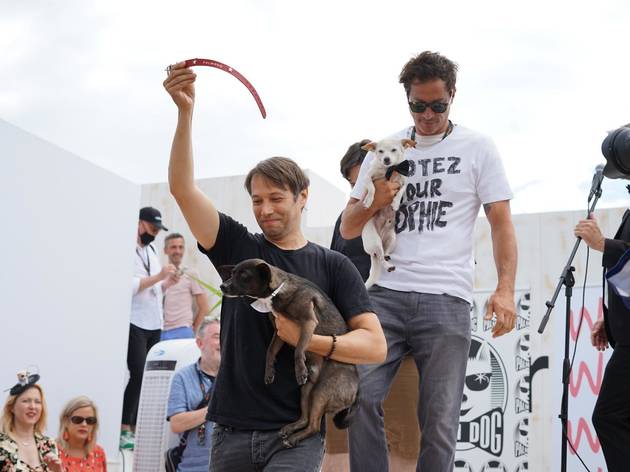 One of the highlights of Cannes isn’t strictly speaking, a festival event at all. The Palm Dog, which is awarded to the best canine performance in a festival film, celebrated 20 years of recognising the cream of pooch-powered performance with a gala year. Red Rocket’s pitbull Sophie (pictured) and Panda, the sheepdog in Lamb, shared the grand jury prize. But it was The Souvenir Part II’s trio of spaniel, that won the big one. They couldn’t be there to collect the prize, what with quarantine and all, so instead the film’s star, Tilda Swinton, collected it on their behalf, proudly wearing the golden collar for the ceremony.