“ ‘What’s that bird?’ ” It’s maddeningly early for a Sunday morning, but Adam Driver, gleeful with his coffee and smoked salmon in the near-empty Brooklyn Heights café that’s his local favorite, is setting a scene. “We were shooting in the hills of Taiwan, and Marty kept hearing a certain kind of bird, asking everyone around, ‘What’s that bird sound I’m hearing? What’s that bird?’ It was really important for him to get it. And I don’t remember that bird! It was a detail I wasn’t absorbing. But Marty was so open, in the midst of everything, to be aware of how the space was affecting the story.”

Marty is, of course, Martin Scorsese, the high priest of American cinema, maker of Mean Streets, Goodfellas and, occasionally, something that challenges and floors even his most ardent fans. That movie this time around is Silence, the director’s long-cherished passion project come to fruition after nearly 30 years of development. Based on Shusaku Endo’s controversial 1966 novel about faith under fire, the film follows the plight of 17th-century Jesuit missionaries who travel from Portugal to Japan, which was at the time a mystery to the West.

In Scorsese’s execution, Silence is more than just an Oscar contender, more than a masterpiece, even. It’s simply the kind of thing that doesn’t get made anymore. It explores a spiritual agony last probed by Sweden’s mighty director Ingmar Bergman while being swaddled in a smoky fable-like texture that even Akira Kurosawa would have envied. And if you’re wondering if Marty ever found his bird, rest easy: The film’s opening seconds in the darkness build to a deafening roar of chirps, the shriek of a land that won’t be tamed.

“There’s a short list of directors that, if they call—no matter what they’re asking for—you do it,” says Andrew Garfield, leaning in as if confiding a secret, the most obvious one in the world. “And Scorsese is at the top of that list. I had just finished my stint as Spider-Man. I wasn’t aware that it was over yet, but I kind of had that feeling. I was doing a lot of reflecting. That was a really difficult learning process and a wonderful one as well.”

Garfield and Driver make up the emotional core of Silence as a pair of young novitiates who, Heart of Darkness–style, head into the wilderness searching for their missing mentor, who hasn’t been heard from in years. Along the way, they are tested by a brutal regime that doesn’t want their foreign beliefs spread, even as converted Japanese Christians harbor the holy men as fugitives. 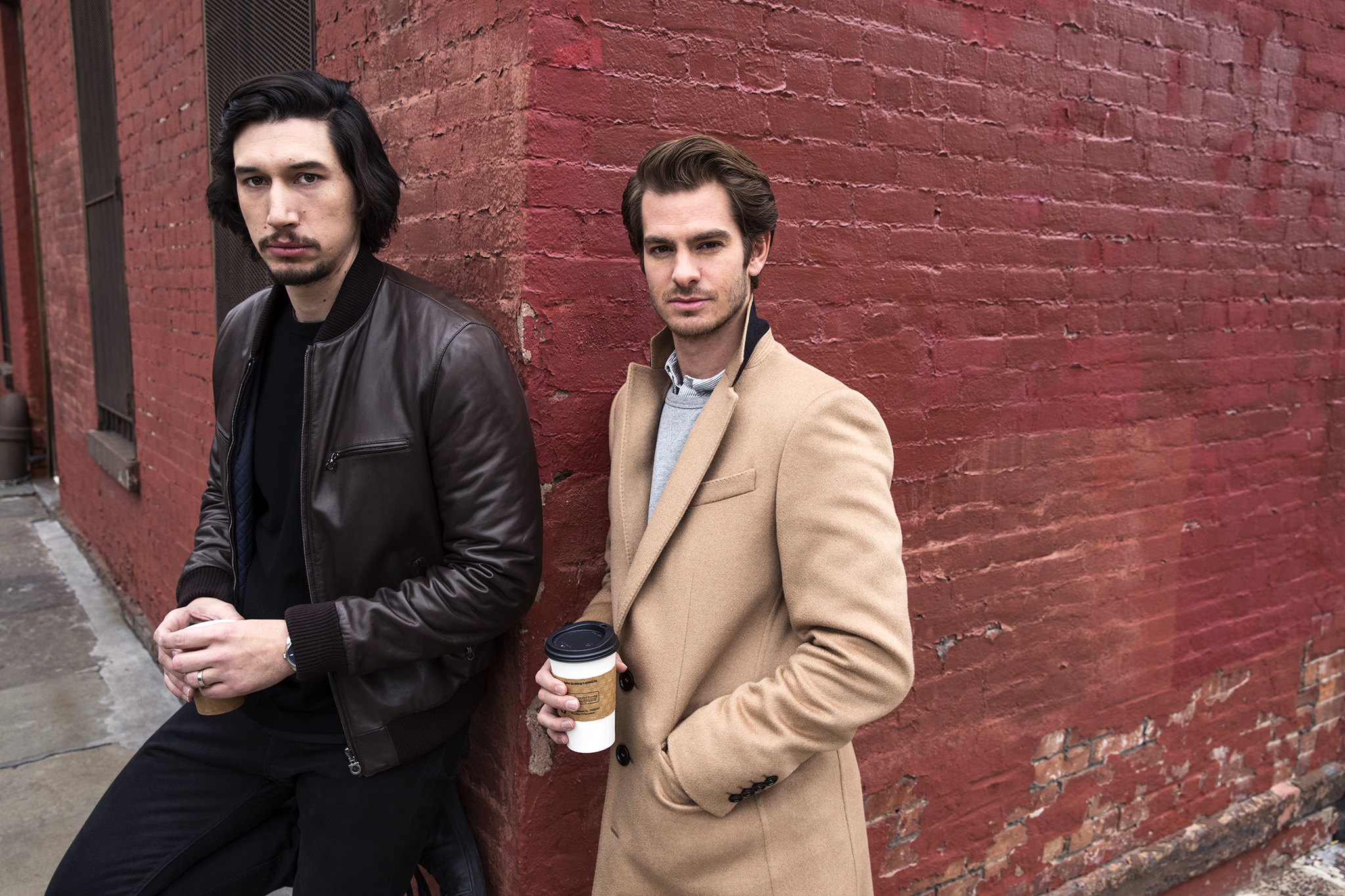 But there’s another story here: that of two actors, both 33 years old (Jesus would smile at that), both at a crossroads of success and personal satisfaction. Silence has been their crucible, and they’ve emerged from it hardened and recommitted to chasing their art to a degree that’s noticeable.

Driver, the soulful ex-boyfriend of Lena Dunham’s character on Girls and a brilliant portrayer of millennial squirminess in Noah Baumbach's While We’re Young, now chafes at his popular status as a Bushwickian sex symbol. “I’m kind of mystified by it,” he says, “because a lot of times, I feel disconnected from my generation.” An ex-Marine who arrived at New York’s Juilliard School in 2005 with a strict sense of discipline and a fierce work ethic, Driver has never known what he terms the “shitty-apartment part” of young strugglers (he loves his “gravely quiet” hipster-free neighborhood). Shaking his head, Driver won’t say a word about next year’s Star Wars: Episode VIII, in which his villainous Kylo Ren from The Force Awakens reappears. Instead, he pivots our conversation back to his passion for personal expression, even in a galaxy far, far away: “Because J.J. Abrams and Rian Johnson directed those [Star Wars] movies, they still feel like independent films to me. They don’t sacrifice story for spectacle.” (Before the year is out, Driver will also be seen in Jim Jarmusch’s bus-driver haiku, Paterson—as small and lovely as it gets.)

Garfield, for his part, lashes out at his years toiling in the Marvel megamachine. “There has to be something urgent about the stories we’re telling,” he says, “otherwise we’re a part of the numbing of the culture. I think that was hard, doing the Spider-Man stuff. Because even though I felt an opportunity to do something for young people—adolescents who were going through the confusion of ‘What’s my gift? Who am I in the world?’—it ultimately became about shareholders and McDonald’s. It ended up flattened and made to appeal to everybody. That’s a heartbreaking thing.”

After that heartbreak, Garfield took some time off. He prepared a full year for Silence, training under the tutelage of Father James Martin, a Jesuit friend of Scorsese’s who worked as the film’s consultant. “He became my spiritual director for a year,” says Garfield. “He took me in as if I was training for the priesthood.” That, combined with Scorsese’s own homework assignments (“the most obscure movies, like black-market films that only three people had seen”) and even a 30-day silent retreat with Driver, coaxed a new actor to emerge, one who could take on Mel Gibson’s ferocious war picture Hacksaw Ridge—itself about a deeply religious man challenged by the realities of WWII soldiering—with confidence.

“I think there’s always been a longing in me,” Garfield adds when I ask if he thinks of himself as a spiritual person. “There’s a big hole that needs filling all the time. I mostly search for it in all the wrong places, like we all do: work, success, food, drugs, alcohol, validation. You name it. One of the things I understood in the process of making Silence is that we’re always worshipping something. We’re always devoting ourselves to something, even if we’re not conscious of it. So better to be conscious of it and choose what we’re devoting ourselves to.” 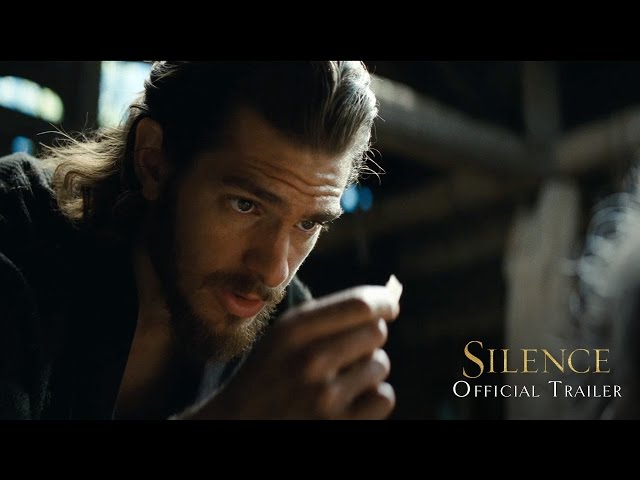 As for the director who inspired his two leads to lose a combined 85 pounds to better portray both literal and religious hunger (Driver looks painfully emaciated in the film), Scorsese himself sounds like the upstart 33-year-old who helmed Taxi Driver during a sweltering New York City summer in 1975. “I guess I’m looking for it for myself,” he tells me on the phone from Los Angeles, of his quest for something higher, a core element of even his most violent and hedonistic films. “I’ve always been very close to religion. I figured if I could pull myself through this picture, I might get a little closer to it, you know? The problem is, how do you act it out?”

Scorsese, Driver and Garfield all describe the birthing of Silence as difficult. Above and beyond the years of looking for funding—Scorsese was first turned on to Endo’s book in 1988 during the controversies over The Last Temptation of Christ—there was the matter of shaping the material into a script, a multidecade task undertaken by frequent Scorsese collaborator Jay Cocks (The Age of Innocence). And then, even with the green light, the Taiwan shoot had its share of miseries.

“It was actually pretty painful,” Scorsese says of one particular scene: a moment when Garfield’s priest, captured by the Japanese and ranting in a haze of religious doubt, comes close to snapping. With its echoes of Raging Bull, specifically when Robert De Niro smashes up a Miami jail cell, the scene is arguably the summit the 74-year-old director has been working up to his entire career.

“The key there was Andrew, because I put two cameras on him and created this atmosphere in which he could just take off—in one take, by the way,” says Scorsese. “And it was—how can I put it?—excruciating. A lot of the stuff in this film was. Excruciating to the point where you feel pain in your back and your stomach and your head. It may have been cathartic, but I gotta say, none of this stuff was enjoyable.”

Driver agrees, saying he fed off the parallels between religion and the leap of faith needed to take on any role seriously. “Acting, a marriage, any relationship where you make a commitment to something—it’s filled with doubt,” he says. “But that’s actually a virtue of Scorsese. He sets an environment for people to take ownership of their parts. He actually hires you for your opinions. He wants you to rebel, to do something unexpected. He’s been thinking about this stuff for 28 years, and still he doesn’t have a ‘right’ way of going about it, which I think is amazing.”

Silence now arrives in a moment of global uncertainty, making it extra timely. A private meeting between Pope Francis and Scorsese’s family led to blessings and a message of hope for the days and months ahead. “He said, ‘Pray for me—I could use it,’ ” recalls the director. But in no small way, Silence already signals a mighty resurrection, even under the guise of a historical epic about religious repression. It’s a long-won triumph for Scorsese and an arrival for its two stars, poised to possibly join the company of cinema’s great tortured souls—the Brandos and the Pacinos. “I want my work to be as deep as it can possibly be,” admits Garfield. “I’m more aware than ever of human potentiality. And I think I need it all.” 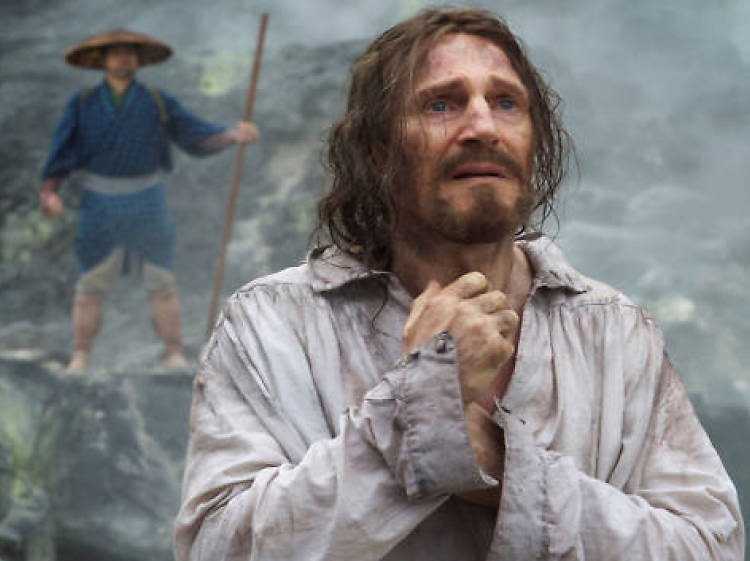 Summoning his deepest conviction, Martin Scorsese transcends his filmography with a tale of Christianity in crisis.