Margot Robbie talks her brutal, Oscar-worthy turn in I, Tonya

In I, Tonya—as high-octane and thrilling as biopics come—Margot Robbie skates into the role of a lifetime

Stamina, flair, toughness: Anyone who tells you acting isn’t a lot like playing sports hasn’t spent much time doing either. Ever since holding her own against a manic Leonardo DiCaprio in The Wolf of Wall Street, Margot Robbie could never be confused for anything less than a fearless competitor. But her latest performance seriously ups the ante: As the disgraced Olympic figure skater Tonya Harding—forever tarnished by her association with the 1994 off-ice attack on Nancy Kerrigan—the 27-year-old actor pulls off one of the most daring feats of empathy of the year. Directed by Craig Gillespie and coproduced by Robbie herself, I, Tonya is a supercharged Scorsesian rise-and-fall sports movie: trashy, funny, devastating and anchored by a star turn that will be talked about long beyond awards season. Born in Australia before living in Brooklyn, London and most recently Los Angeles, Robbie calls herself a gypsy; “home” is a free-floating concept for her. During a relatively quiet moment before the Oscar whirlwind, we connected with Robbie to talk about lacing up for 17-hour shooting days, the Harvey Weinstein scandal and the enigma at the heart of her latest triumph.

Do you miss living in New York?
Oh, my God, are you kidding me? I miss New York all the time. I was in South Williamsburg just before it really blew up, and then I lived in Bed-Stuy for a little bit as well. It was amazing. I think Williamsburg is a little too busy for me now. But six, seven years ago, it was incredible. I miss everything: the restaurants, Brooklyn Bowl, Nitehawk Cinema—I used to go there all the time.

You played ice hockey growing up, right?
Not growing up, but I played it when I first moved to America [in 2011]. I’m from a coastal town in Australia, so ice sports weren’t really a thing. But The Mighty Ducks was, so I wanted to join a league. I loved it.

What position did you play?
Right wing, but don’t be fooled—I am not any good at it.

“I don’t imagine I’d ever have the courage to let someone make a film about my life, let alone the most traumatic parts of it.” 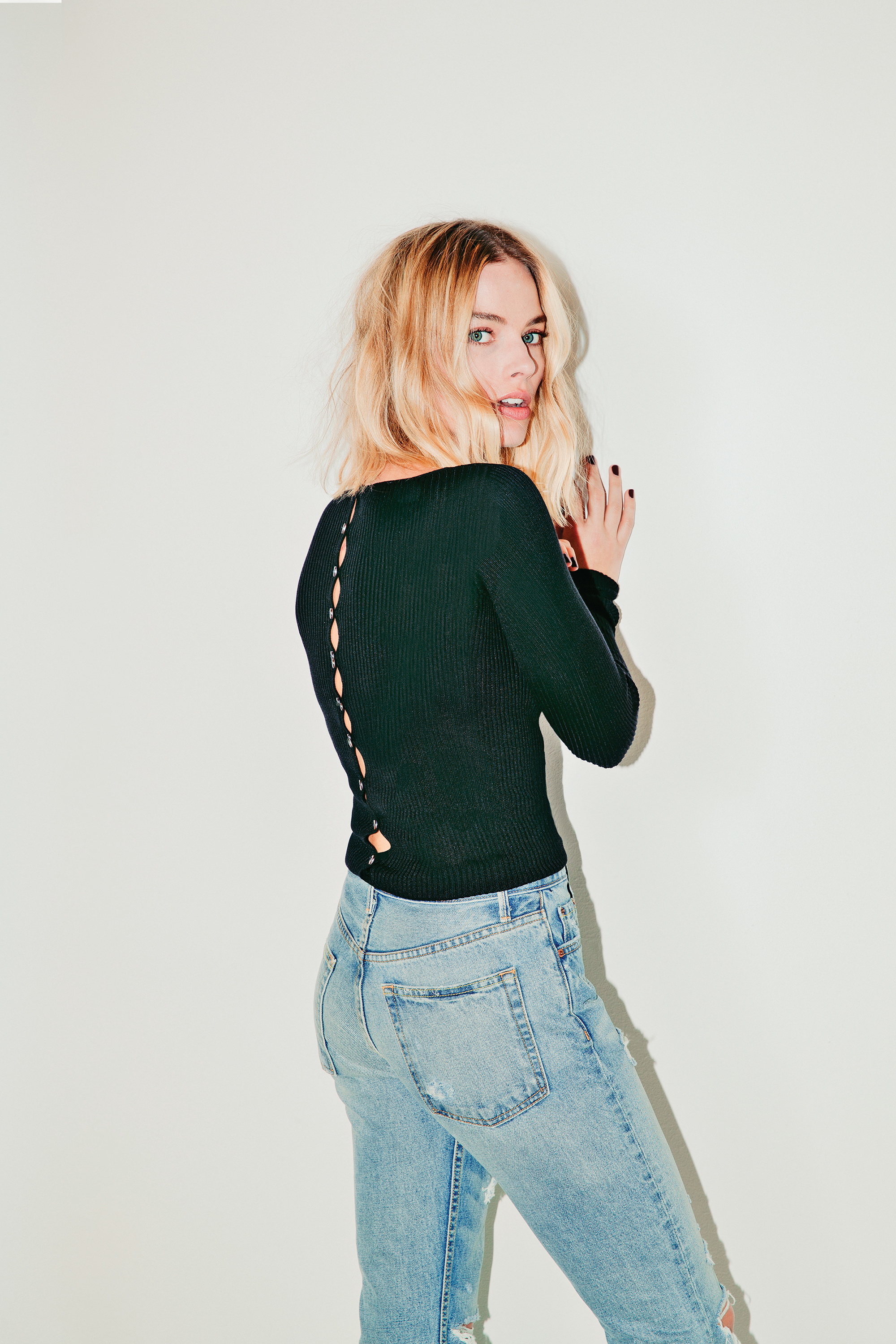 Still, the skating must have helped you nail all those triple axels in I, Tonya.
[Sarcastically] Yeah, I can totally do a triple axel. We all underestimated how incredibly difficult that was. When we started planning that scene, we thought, Oh, we’ll just get a stunt double to come in. And our skate choreographer was like, “No one can do a triple axel—you know that, right?” There were only two women in America who could do them, and they’re both Asian, so neither could double for me. We ended up having to CGI it.

I’m crushed. Meanwhile, I love how the movie stresses Harding’s real talents, along with her scrappiness.
She wasn’t one to play by the rules—she was a little rough around the edges—and without that sort of rule-breaking mentality, she wouldn’t have been able to pull off such an amazing sporting achievement: the first U.S. woman to land a triple axel in a competition. The more we got to understand the ice-skating world, the more we appreciated that.

There’s also a subtle class warfare going on here with the other girls and against snobby judges who were shocked by skating routines set to ZZ Top’s “Sleeping Bag.”
She had incredible discipline and drive to make it to where she was, despite her class and her circumstances. Figure skating’s a really expensive sport. Still, she excelled. Tonya’s not necessarily the image they wanted to have. But I think that’s what I like about the film most.

All we mainly remember about Harding is the “incident.” How does one play that mentality? The film is oblique on her culpability.
I think what I was focusing on, overall, was the idea that she was craving love and constantly searching for validation, whether that was from Jeff [Gillooly, Harding’s then husband] or her mom or the public.

You don’t seem to want to judge her.
This story really kicked off the 24-hour news cycle. It was right before O.J. It snowballed out of control. People were feeding off it so much. As she says in the movie, “You’re all my attackers, too.” We can sit there and judge her mom or Jeff for abusing her, but we so quickly judge Tonya as well. The general public played a part in that. At some point in the film, we want to hold a mirror up to society and give us a chance to look at ourselves and question how quickly we judge people without knowing their circumstances.

“I wasn’t going to be holding back with his character, and I hoped she understood that.”

Margot Robbie in I, Tonya

Tonya Harding was, to some degree, an exploited woman trying to take back the power. Does it remind you of the Weinstein scandal?
They’re two isolated incidents, but what they both show is how incredibly resilient women are. They will get back up and fight.

Do you have any thoughts you’d like to share about the women coming forward and speaking out?
I’ve said quite a bit on it already, but to echo those sentiments, I think the women who’ve come forward are incredibly brave. I think it would be a difficult thing to do. And I hope there’s some solace in the knowledge that by doing that, they are hopefully making it easier for people in the future to do the same. We can all facilitate change in this industry and many other industries.

Your movie, even though it explores Tonya’s physical and emotional abuse at length, is so empowering and female-centric. Even in a literal sense, the camera is tight on your face, all the time, capturing your euphoria.
I thought that was such a cool approach. At the Winter Olympics, we’re used to seeing these static shots with a long lens, and it looks graceful and beautiful. But what you miss is the sheer raw power it takes to do those jumps and moves. So we had our cameraman on skates as well, so he was just a few feet away from me, and we would do the skate routines together, like a dance. That’s something we haven’t seen before. Craig really wanted us to live through the high moments with Tonya before experiencing the lows.

I, Tonya has a lot of awards buzz around it. How much does Oscars talk figure in your thinking?
It’s absolutely icing on the cake. The thing about indie films is it’s a miracle they even get made at all. I was so preoccupied with trying to get the film off the ground, so to even be a part of the Oscar conversation is very humbling and mind-boggling at the same time. To be honest, all we wanted to do was make a film that people would enjoy and go see. As long as that happens, I’ll be happy.

“When we started planning that scence, we thoughts, Oh we’ll just get a stunt douible to come in. And out skate choreographer was like, ‘No one can do a triple axel—you know that right?’” 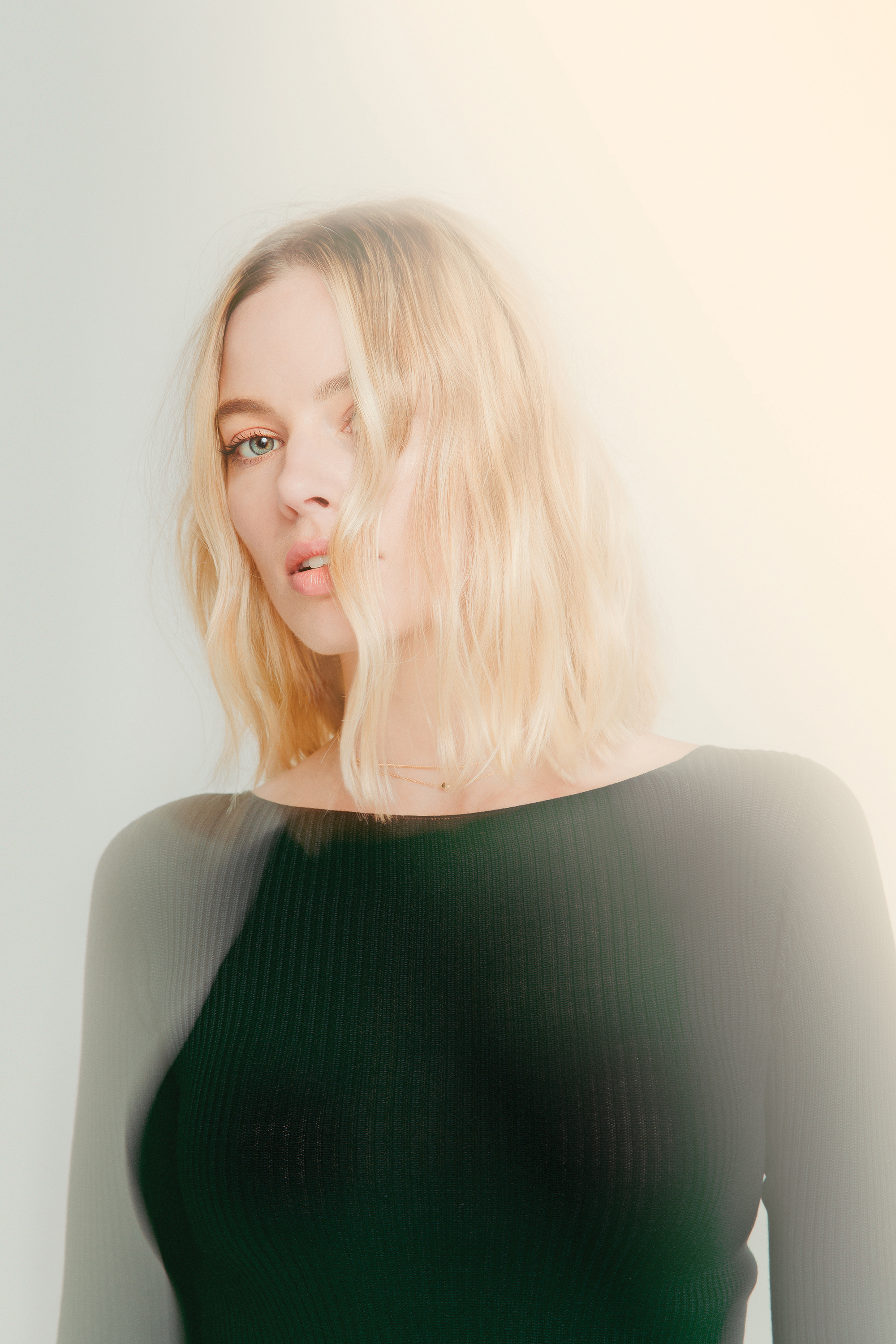 Did you meet Tonya?
I did. It wasn’t important for my research because there’s so much footage of her online already, and I wanted to decide how I would play this character before knowing her as a person. But a week before shooting, Craig and I flew to Portland and had lunch with her. I didn’t want to be scrutinizing her mannerisms and listening to her dialect. I mean, it was really hard not to, but I was trying anyhow. I wanted to meet her just to let her know that we would be handling her story respectfully, but at the same time, it’s a film. I wasn’t going to be holding back with this character, and I hoped she understood that.

Was she cool with it?
Yeah, she was great about it. I don’t imagine I’d ever have the courage to let someone make a film about my life, let alone the most traumatic parts of it. So, all things considered, she was incredibly understanding. She really stood back and let us do our thing. She wasn’t on set, she wasn’t a consultant, she didn’t have a say in the script. Out of courtesy, obviously, we ran the film by her before it reached the public.

And?
I think it was a very complicated experience for her—very emotional. She thought the “Suck my dick” line that I yell at the judges was hilarious. She wishes she’d said that at the time.