Tourism is booming in Vietnam. In 2018, more than 15 million travellers paid Vietnam a visit. Unfortunately, such a massive influx of foreign arrivals has led to some areas becoming ‘over-touristed’, with Nha Trang and Phu Quoc being prime examples. By contrast, the city of Can Tho retains – for now – the authentic charm of a small town, even if it’s the fourth-largest city in Vietnam.

Founded in 1739, Can Tho has evolved from sovereign state to colonial outpost to what it is today: the de facto capital of the Mekong Delta, the vast, fertile floodplains of southern Vietnam where the Mekong River splits into a maze of smaller rivers before emptying into the South China Sea. That location gives Can Tho an edge over other destinations in Vietnam. It has the vibrancy of a metropolis, but just outside the city limits the setting is lazy-river tranquil – all peaceful canals, jade green rice paddies and pastoral villages.

Here are five reasons to pack your bags now and visit quaint Can Tho, the gateway to greater journeys in beautiful Mekong Delta. By Bruce Scott

RECOMMENDED: If you only have 24 hours to burn, check out one of the best day trips from Hong Kong.

Why Can Tho should be on your travel radar 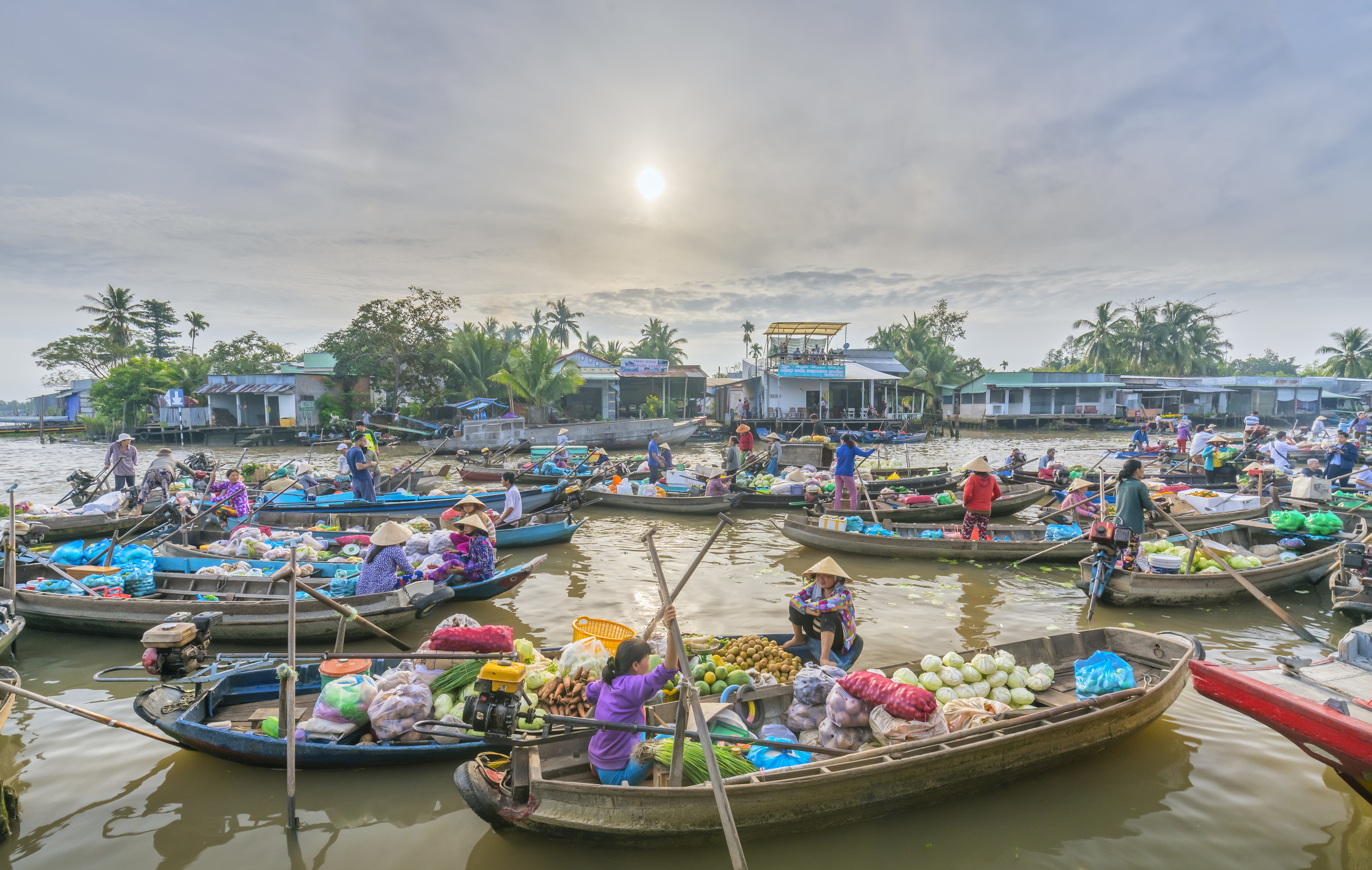 One of Can Tho’s main attractions is the massive Cai Rang floating market, which stirs to life each day at dawn. The trade is mainly in fruits and vegetables, sold wholesale, in bulk, from the larger boats to the smaller boats. The big boats advertise their wares by attaching samples to long bamboo poles sticking up from their decks, while the smaller craft display their goods in their hulls. Signal to one of the small boat vendors and they’ll come speeding over, deftly pulling up alongside your vessel to make the transaction. In addition to produce, some boats offer cooked food, fresh made bánh mì and drinks (including beer and cocktails).

Cacao was first introduced to Vietnam by French colonialists, although it never truly became a major cash crop. However, the owner and operator of this small-scale, organic cacao farm – who learned how to make chocolate from a book his father gave him – has a booming boutique business with approximately 2,000 cacao trees. The farm tour takes visitors through the process of picking, fermenting, roasting and grinding the cacao beans, with some tasty sampling afterwards. And true chocoholics don’t even have to leave, thanks to the on-site Vuon Ca Cao Homestay. 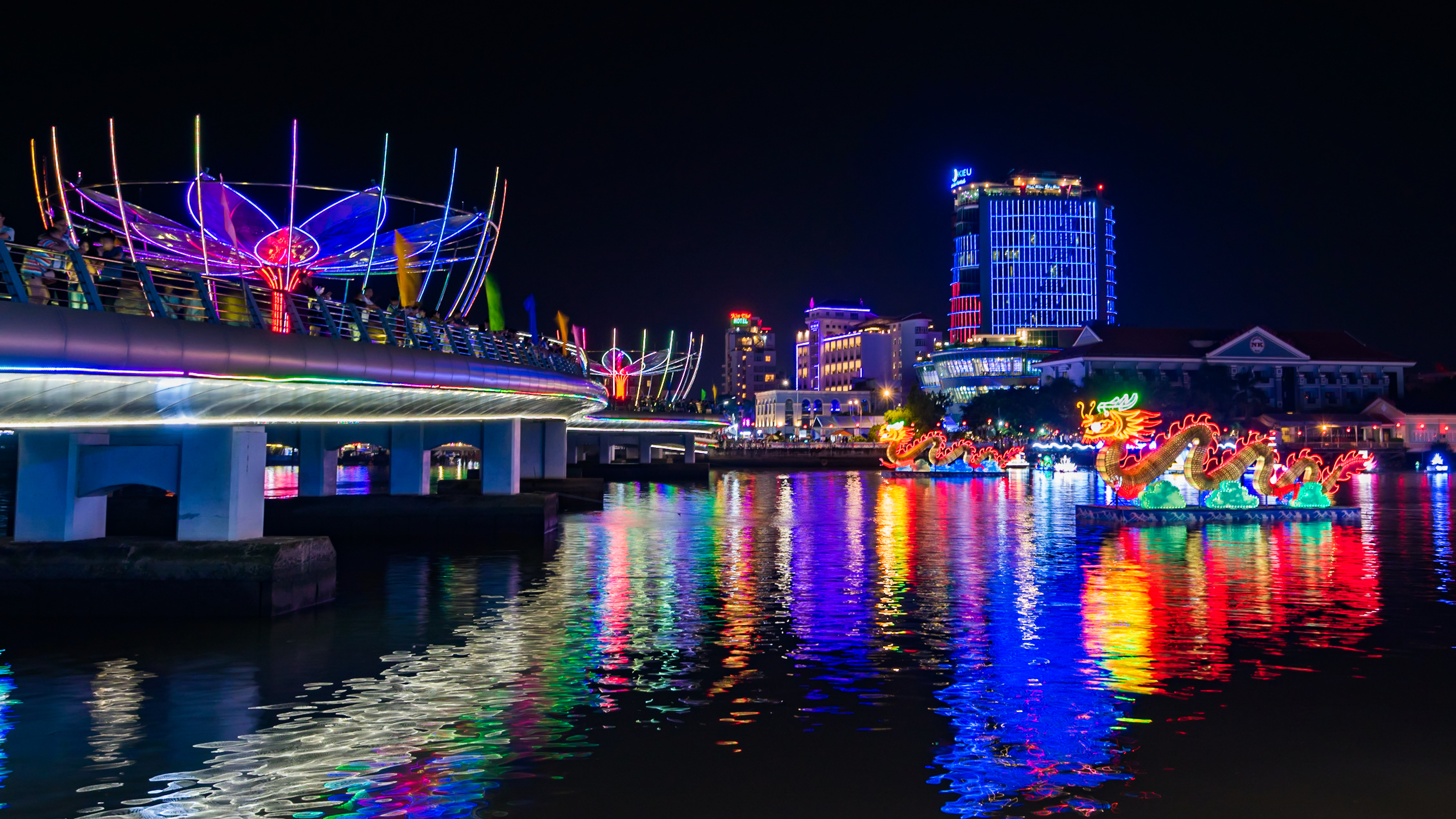 Also called Ninh Kieu Wharf, this 7,000sqm public space runs parallel to Hai Ba Trung Street and overlooks the Hau River. It’s a popular tourist spot, with carefully manicured trees and gardens as well as plenty of nearby restaurants, bars and hotels. One of the main attractions is the Ho Chi Minh monument, featuring a 7.2m bronze statue of a waving Uncle Ho. At sunset the river comes alive with dinner cruise and party boats preparing for their evening excursions, while on land the walking street-slash-night market swings into action. For amazing panoramic views, saunter across the 200-metre-long pedestrian bridge that connects Ninh Kieu to the Cai Khe Islet. Constructed in 2016, the bridge features a pair of giant futuristic lotus bud sculptures and is beautifully illuminated at night.

Image: Azerai Can Tho

An attraction for both film and history buffs, the ornate Binh Thuy House is a visually stunning blend of East-meets-West architectural elements, both inside and out. Built over a 40-year period, from 1870 to 1911, the home was famously featured in the 1992 film The Lover, based on the semi-autobiographical novel by French writer Marguerite Duras, who spent a portion of her childhood in the nearby city of Sa Dec.

Eat your way around the city

Vietnam is a foodie’s paradise. Every region has its own specialities and spins on traditional recipes. When in Can Tho, don't miss the local version of nem nướng, better known as barbecue pork skewers. They're typically wrapped in rice paper and eaten with a mound of herbs, diced cucumber and sliced fruit like green banana or starfruit. There are tons of noodle dishes to try, too, from gỏi cuốn (summer rolls) and peanut-topped rice noodles to the regional staple bánh tằm bì, rice and tapioca noodles served with pork, herbs and a coconut cream dressing.

Specialising in small group and private guided excursions, the Can Tho River Tour company offers a variety of customisable trip itineraries. The signature ‘Can Tho River Tour’ ($3,550 per person) runs from 7am to 2pm and includes the floating market and cacao farm, as well as side trips to a tropical fruit orchard, a traditional noodle house and a specialty noodle restaurant deep in the countryside. www.canthorivertour.com

Image: Azerai Can Tho

If you have the urge to splurge, the Azerai Resort Can Tho is the region’s premier luxury accommodation. Situated on a private island in the Hau River (boat access only), there are 60 beautifully appointed 35sqm units to choose from – each with river, lake or garden views, from $1,700 a night – as well as five super luxury pool villas that range from three to five bedrooms. For recreation, guests have access to two swimming pools, a spa and two exercise rooms. For dining, there are two superb on-site restaurants, plus a bar by the main pool. By day the visual beauty of the architecture and landscaping is apparent, but by night the secluded property takes on an added magical air of incredible peace and tranquillity. www.azerai.com/can-tho 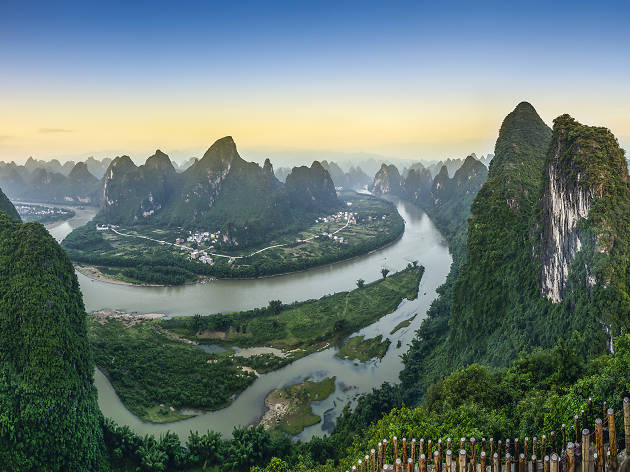 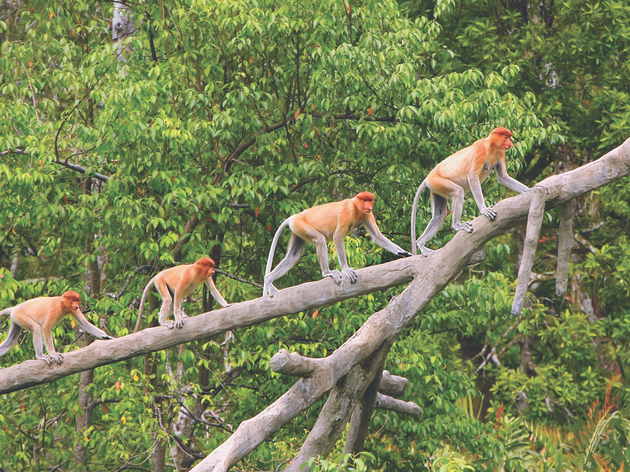 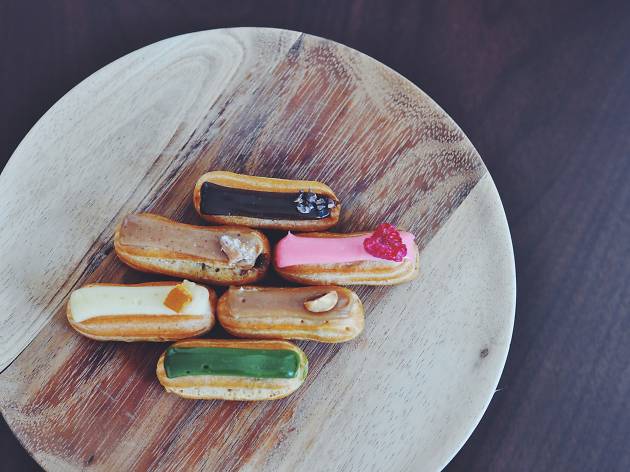