The celebrity Israel chef that made cauliflower ‘cool again’ has developed a monopoly over the local Tel Aviv street food industry. Eyal Shani has mastered the art of taking simple Israeli ingredients and transforming them into little bites of heaven. His Miznon on King George Street has redefined the pita, and his contemporary take at HaSalon brings the best vegetables and raw materials together in a slick, but hip manner. But the food alone isn’t what keeps Shani’s Tel Aviv restaurants booming, years after opening – it’s the loud and lively atmosphere, prime locations (like Port Said’s quaint spot beside the Great Synagogue on Allenby), and unique personality. Plus, with restaurants in Vienna, Paris, and even New York, the Cauliflower King is paving the way for accessible Israeli cuisine worldwide. Here’s a list of Shani establishments in Tel Aviv to check off your list. 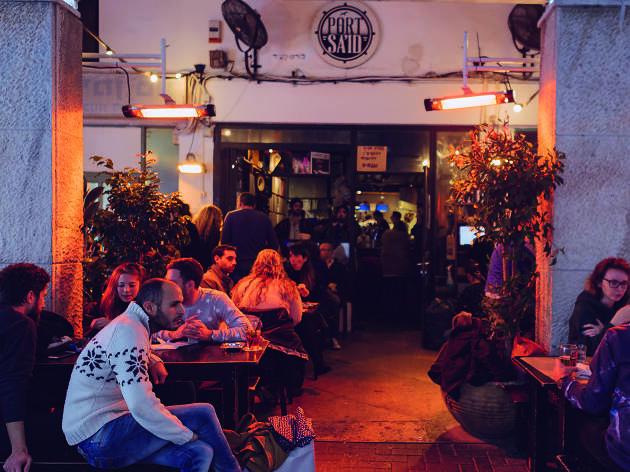 Located just across from the largest synagogue in Tel Aviv, you won’t find anyone praying here. With a massive vinyl collection, the hippest waitresses, and a food menu created under the supervision of iconic Israeli chef, Eyal Shani (of Miznon and Beit Romano), you’ll understand why Port Said has been successfully serving the young communities of Tel Aviv for years. Featuring innovative Israeli dishes, there is always a new menu addition to savor. While the wait may be long and the energy intense, no visit to Tel Aviv is complete without an evening at this iconic spot. So grab a Goldstar, some delectable food, and spend your night chilling under the stars with the locals at Port Said. 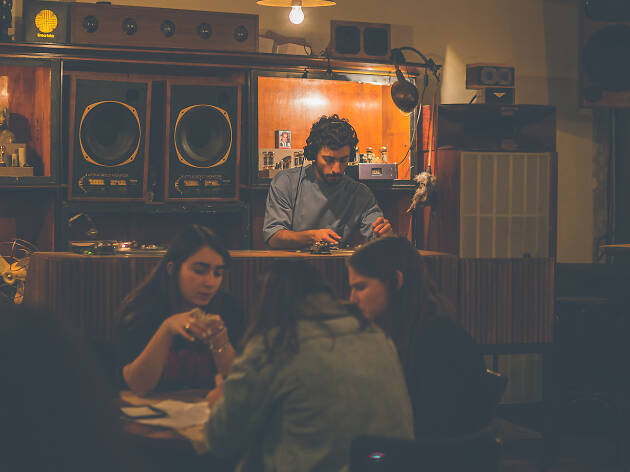 This is the go-to bar for the cool and beautiful hipster crowd of Tel Aviv’s preeminent hipster kingdom. DJs play sets fusing funk and reggae, electro and hip-hop – and never tire until the early hours of the morning. Upstairs is a delicious Eyal Shani restaurants to get your bohemian juices bubbling. Everything you'd expect from an Eyal Shani restaurant, down to the last pita soaked drop. 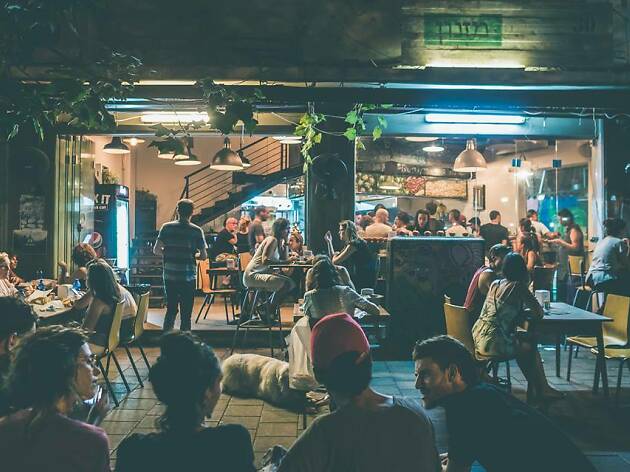 Celebrity Chef Eyal Shani has redefined street food in Israel with Miznon, a pita-centered joint where culinary expertise meets incredible ingredients. The atmosphere is loud and lively: just order your food, sit back, enjoy the free pita and tahini nibbles, and wait until your name is called. Just about anything you can fit in a pita is on offer here, including a rich and meaty minute steak, chicken liver, steak and eggs, kebabs and shakshuka. Vegetarians can find a good meal here too, with a slow-cooked ratatouille and the simple deliciousness of a juicy head of cauliflower that oozes flavor through its simplicity. Don’t want to leave home? Order in - they deliver. Miznon has multiple locations in the center of Israel (1 HaNechoshet St and 21 Ibn Gvirol) and even one in Paris! 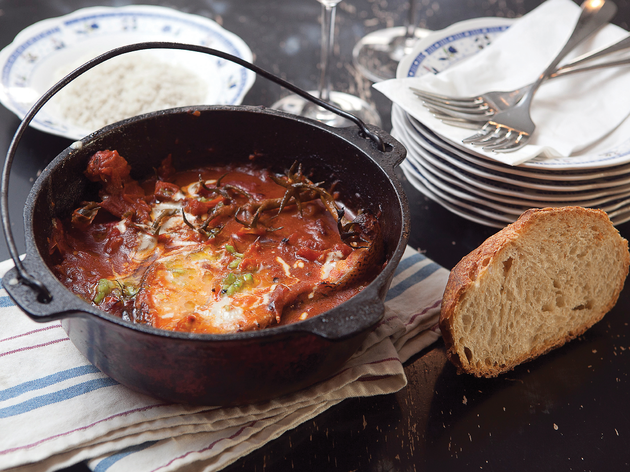 Celebrity Chef Eyal Shani’s North Abraxas is a bustling restaurant with a happy-go-lucky atmosphere and excellent food. The bar seating around the open kitchen is a great place to sit and soak in the lively atmosphere. The food is creative and extremely well-executed. Shani manages to take the best and freshest ingredients and bring out their flavor in his own creative yet down-to-earth style. 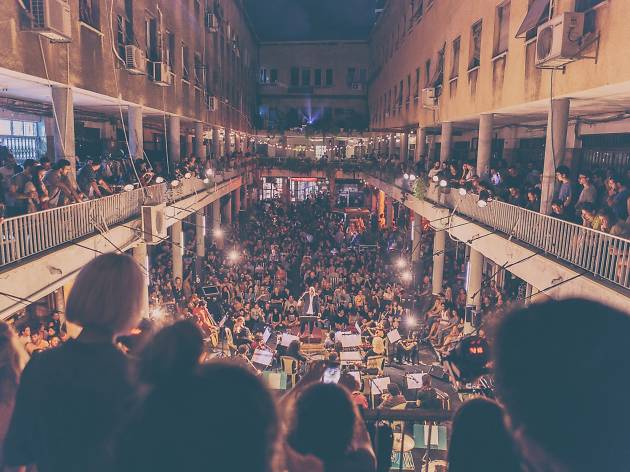 Chat to any local and they’ll whisper in your ears sweet nothings -- or everythings – about this important nightlife haven. If you’re into trends that haven’t become trends, because they’re so trendy, then Teder is the only place to be. Dive into an alternate world, where the cool reign and the grooves flow. Opt for this great cultural alternative to the mainstream commercial nightlife, and don't miss what is presumably the best pizza in town. 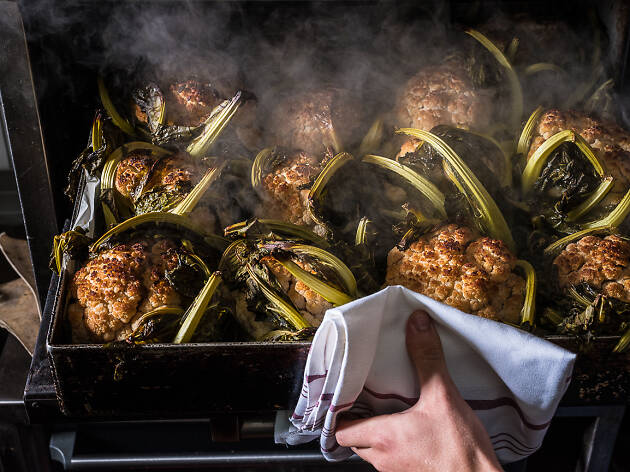 When you hear the word “pita,” you may automatically think of falafel, shawarma, and sabich. At Miznon, celebrity Chef Eyal Shani is redefining the pita as a serving vessel for a plethora of mouthwatering meat and vegetarian options. Just about anything you can fit in a pita is on offer here, including a rich and meaty minute steak, shakshuka, chicken liver, and kebabs. Vegans and vegetarians alike can find tasty fare here too, with a slow-cooked ratatouille that melts in your mouth and the juicy head of a whole cauliflower that oozes flavor. Paired with the loud and lively atmosphere and the free pita and tahini nibbles, Miznon is the Mecca of Israeli street food. Don’t forget to visit their other locations at 1 HaNechoshet St and 30 King George. 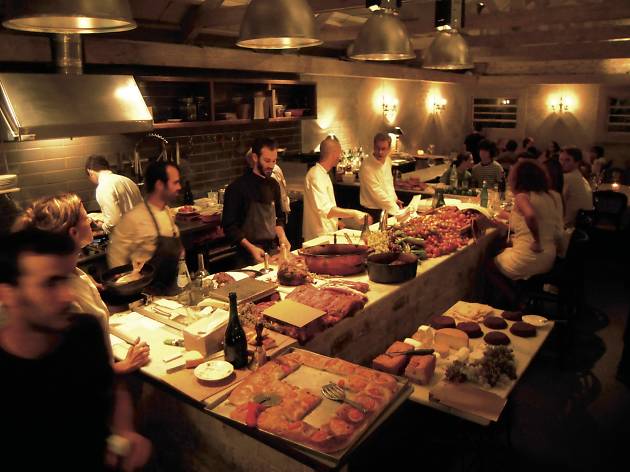 Chef Eyal Shani, the celebrity chef behind HaSalon (“the living room”) has his own straightforward style, one that has shaped contemporary Israeli cuisine. Here, you’ll find the best vegetables and raw materials coming together in a slick, but hip manner.  This comes as no surprise as Shani’s reputation has come to include a persona as the King of the cauliflower with his locally-loved Miznon. Besides Miznon, Romano and the extremely hip Port Said, HaSalon is this chef’s playground. It’s only open a couple of nights a week so be sure to plan ahead for this unique dining experience. Come for late night or a dinner with friends and see how every ingredient stands out on its own, then taste exquisite local dishes from a menu that changes daily. Of course Shani keeps some favourites consistent, but each seating is a new adventure. Simply put, HaSalon is the number one place to experience local cuisine at its best. 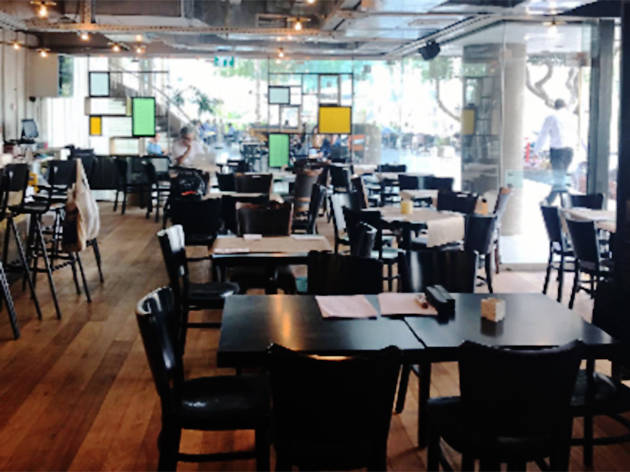 Mere moments after the Master Chef final, and barely a month into his newest Miznon mission in New York, chef Eyal Shani shows absolutely NO signs of slowing down. Proof? Malka ("Queen" in Hebrew), his new kosher restaurant. The winner of Time Out's 2017 Chef of the Year Award, Eyal Shani opened his regal restaurant in collaboration with the Dualis foundation, which operates social businesses. Malka replaced Liliyot, which operated in the Asia House as a kosher chef restaurant, and has held a social project in cooperation with Elem, an association training youth at risk to work in the restaurant industry, for more than a decade. Shani is maintaining the project, and the restaurant continues to promote and train youth at risk. Alongside the purée-filled schnitzel (NIS 67), Malka is serving up a succulent lamb kebab dripping in oil nestled inside a focaccia infused with herbs and field vegetables (NIS 83), blinis filled with eintopf (NIS 75), golden eggplant fillets with spicy tomatoes, tehina, a hardboiled egg, orange, and spicy fish soup with garlic bruschetta (NIS 53), zucchini pasta, ocean focaccia with burnt red peppers, eggplant salad, and olives, and other traditional Eyal Shani creations.