Through the grapevine: a guide to Zichron Ya’akov’s Israeli wineries

Zichron Ya’akov is steeped in history and picture perfect surroundings, making it an oenophile’s paradise

Zichron Ya’akov may be less than hour away from Tel Aviv, but this quaint little town seems worlds away from the hectic hustle and bustle of the center of the country. As well as being steeped in history and offering a picturesque European feel, Zichron (as Israelis like to call it) and the surrounding area, including neighboring Binyamina, is known as Israel’s wine country. Back in 1882, Jewish philanthropist, Baron Edmond de Rothschild, helped to establish Zichron, named in memory of his father, Baron James de Rothschild, who owned a world-renowned wine estate in France. As part of the early development of the settlement, the Baron sent over cuttings of French grapevines to plant in the location where ancient winemakers had once flourished – a move that paved the way for early pioneers to support themselves by working the land. Those pioneers combined their passion for the land of Israel with a desire to bring back the ancient tradition of winemaking in the area and cultivated the early vines from France.

In 1983, the Golan Heights winery started a revolution by bringing New World winemaking techniques to Israel and offering homegrown quality table wines, changing the industry. The effects carried on into the 1990’s and beyond, when the established wineries in the area began to take huge steps to modernize and become players on the international market. The shake up to the scene led to a number of smaller boutique wineries also being established, quite often by farmers and vineyard owners whose families had been involved in the industry for generations.

Today, the entire Zichron area is awash with a mix of different wineries that all offer various levels of wines, as well as their own unique visitor experiences. 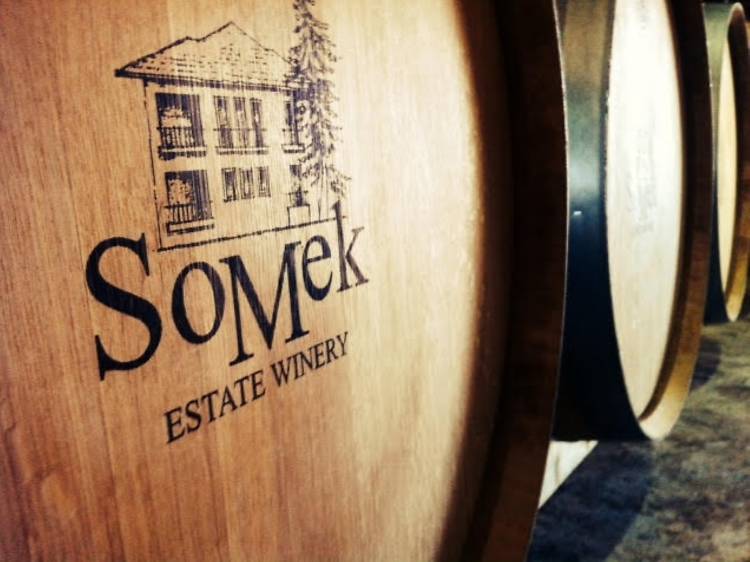 Just a few steps away from the town of one of Israel’s most magnificent villages, Zichron Yaakov, and it's gorgeous promenade lined with quaint stores and cafes - lies Somek Winery. The variety of grapes born at Somek Estate Winery are handpicked every morning as early as possible, by friends and volunteers. Close proximity to the winery allows for the grapes to be processed immediately through old-fashioned barrel press moved by hand, not tubes. You won’t get more authentic than this.
Read more 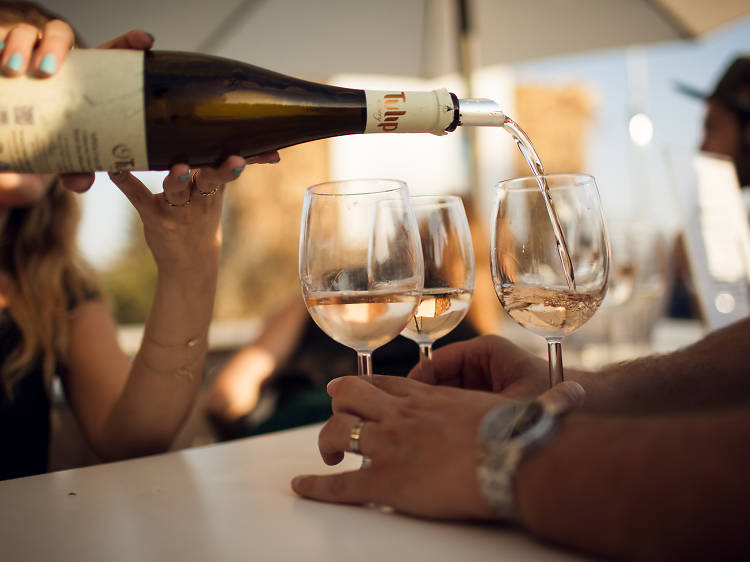 Tulip Winery is the largest boutique winery in Israel, located on the hillside in the small pastoral settlement of Kfar Tikva. Aiming to enable the community members to develop and reach their potential, it is a community production. Committed to choosing the best vineyards, using the newest technologies, and using innovation and creativity in their wines has helped to Tulip rise to where they are today. At the visitor’s center, guests can book wine tastings complemented by delicious cheeses, wine workshops, and expanded workshops, including wine and chocolate and wine and meat classes.
Read more
Advertising 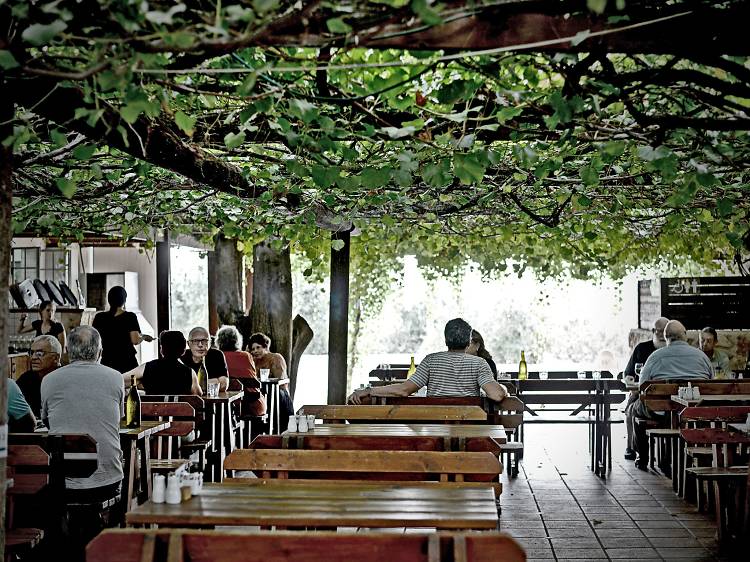 Established in 1985, Tishbi Winery situated in the gorgeous Zichron Ya’akov, grew from humble beginnings to a much-admired internationally acclaimed winery. Tishbi Estate Winery offers a tasting center including delicious chocolate pairings, and guided wine tours in Hebrew and English. Pop by the restaurant and see for yourself why the winery produces approximately 1,000,000 bottles every year.
Read more 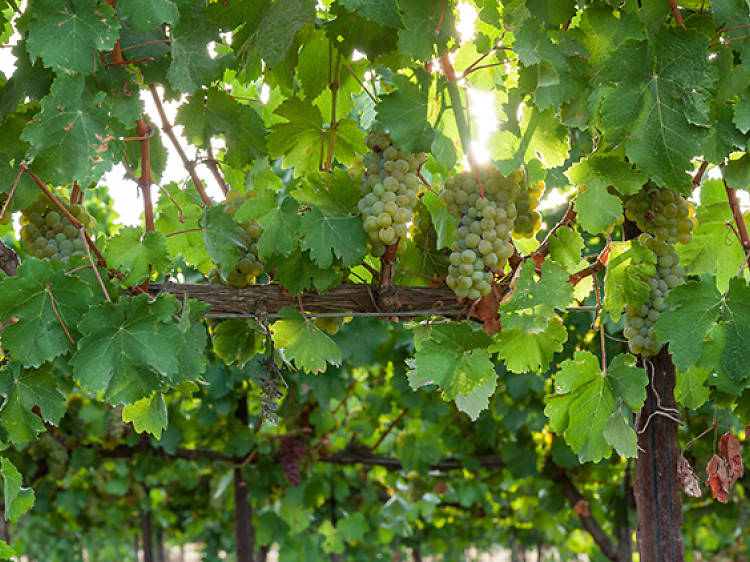 The largest winery in Israel, Carmel was built in 1892 by Edmond de Rothschild, and is named in memory of his father, who purchased the famous Bordeaux winery, Château Lafite, for the family.Rothschild helped to build impressive deep underground cellars that are still in use today and can be seen during a tour of the winery. Carmel was one of the wineries at the forefront of Israel’s wine revolution and has managed to maintain its historic charm while at the same time introducing modern, state-of-the-art facilities and a Wine and Culture Center, to educate visitors of the wines on offer. It’s the only winery in Israel with a history dating back more than 100 years - something that you can actually see when you visit the winery. Be sure to try the Carmel Mediterranean, which includes grape varieties that are picked from vineyards all over Israel.
Read more
Advertising 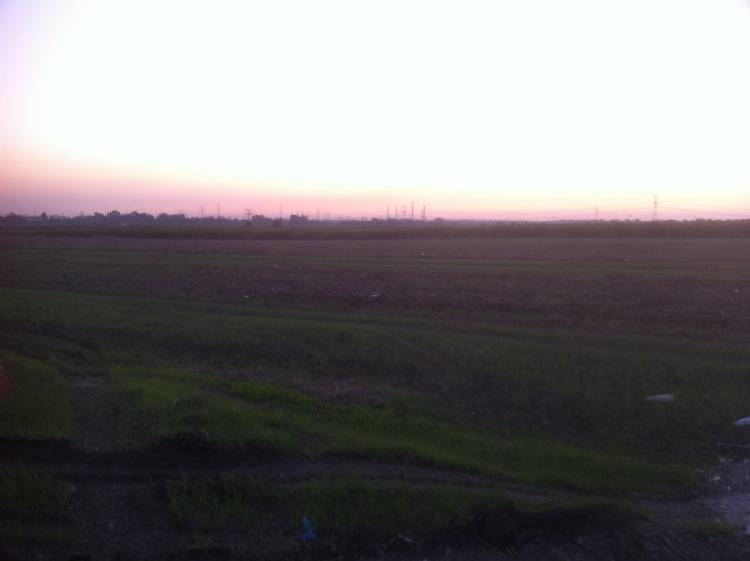 Owner and chief winemaker, Koby Arens, comes from a long line of local farmers. After his family had been growing grapes for other wineries for over 50 years, Koby decided it was time to start making his own wine dream come true. He studied winemaking in Australia, and established Arens, which uses only locally-sourced grapes. “This is the region that I grew up in and I can’t imagine making wine anywhere else,” say Koby.
Read more 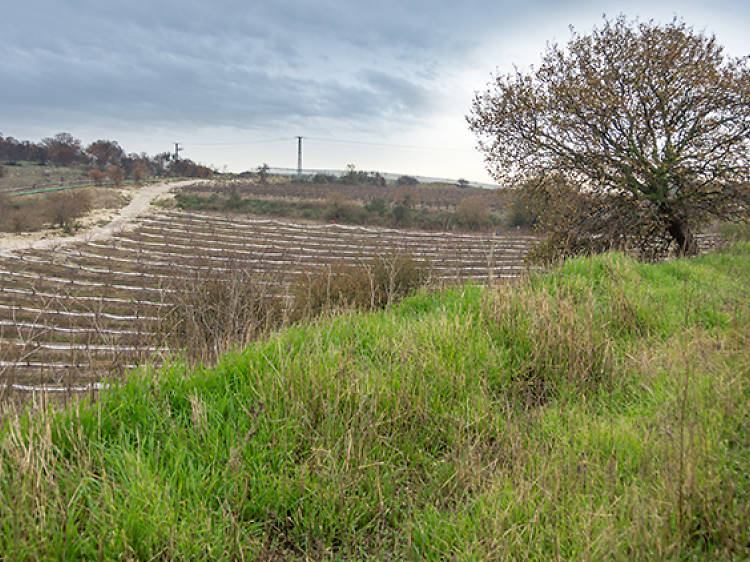 The Binyamina Winery was founded in 1952 by Hungarian immigrant Joseph Zeltzer. Taking advantage of local vineyards on his doorstep, Zeltzer set up the winery in a former perfume factory, that was once used as a hiding place for Jewish underground movement members. The winery has gone through a number of changes over the years, including being purchased by movie industry executives in the 1990’s, who transformed it into a modern, leading winery and officially changed its name to Binyamina Winery. It is the only winery with vines in the Mount Gilboa region and the Chardonnay Bin uses grapes mainly from that area.
Read more
Advertising 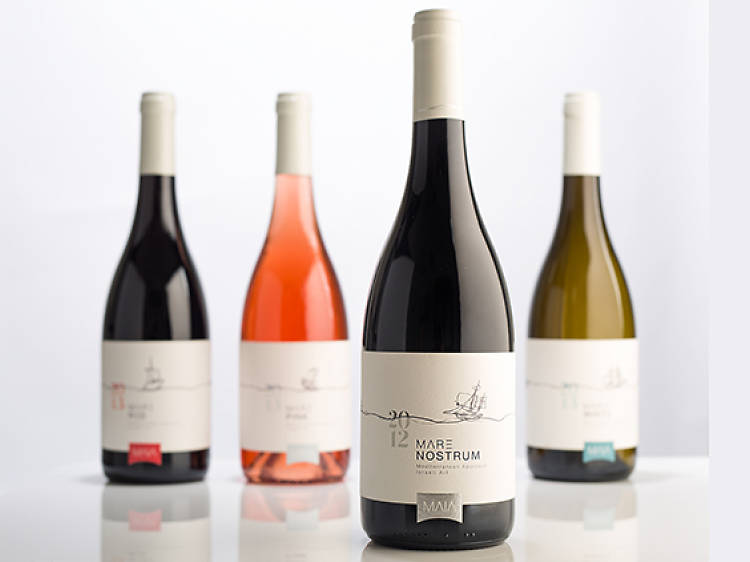 Inspired by Mediterranean scents, tastes, climate, atmosphere, and culture, the team at Maia is joined by two Greek professors in order to ensure authenticity. Their wines are composed of Mediterranean varietals grown in Israel under ideal climate conditions, and made in the beautiful pastoral settlement of Kfar Tikva. With special blends designed to be consumed on the beach or at sunset, Maia Winery has crafted drinks meant to bring on the romance, or strengthen bonds between friends.
Read more
See more wine in Israel
Show more
Recommended