Egyptian artist Heba Y. Amin talks to Ralf Cebeci about her two-part project, on display at Zilberman Gallery until Feb 18

The exhibition currently occupying Zilberman Gallery’s exhibition space on the third floor of Mısır Apartmanı is Heba Y. Amin’s second solo show in Istanbul, the first being last year’s The World is an Imperfect Ellipsoid, also shown at Zilberman. For that project, Amin went on a five-month journey, following the path outlined in Al-Bakri’s 11th-century geography book on trade routes in West Africa, Kitāb al-Masālik w'al- Mamālik (The Book of Roads and Kingdoms) and documenting what was absent from the texts of medieval travelers. In addition to works from her earlier series, Amin’s new exhibition at Zilberman also showcases her latest project, also inspired by that five-month journey. In it, she focuses on La Agüera, a former Spanish outpost-turned-ghost town on the Ras Nouadhibou peninsula at the southern tip of Western Sahara.

Amin’s project, which challenges the historical narratives of colonialism, is unique in that it relies on the 1933 memoir of Jesús Flores Thies, the last inhabitant of La Agüera. By using this book as her source material, Amin successfully juxtaposes the colonial past of a town whose independence is still a matter of debate with one man’s longing for his childhood spent in the Spanish Sahara. The buildings you see in the exhibition, buried under dunes yet still standing, represent the destruction left behind by imperial forces. The struggle they evoke feels very current, thanks in part to Amin’s lyrical style and her attempt to confront the material itself. Projects like this often romanticize and glorify memory – so, too, does Amin’s, to an extent, but in the context of today’s very different reality. 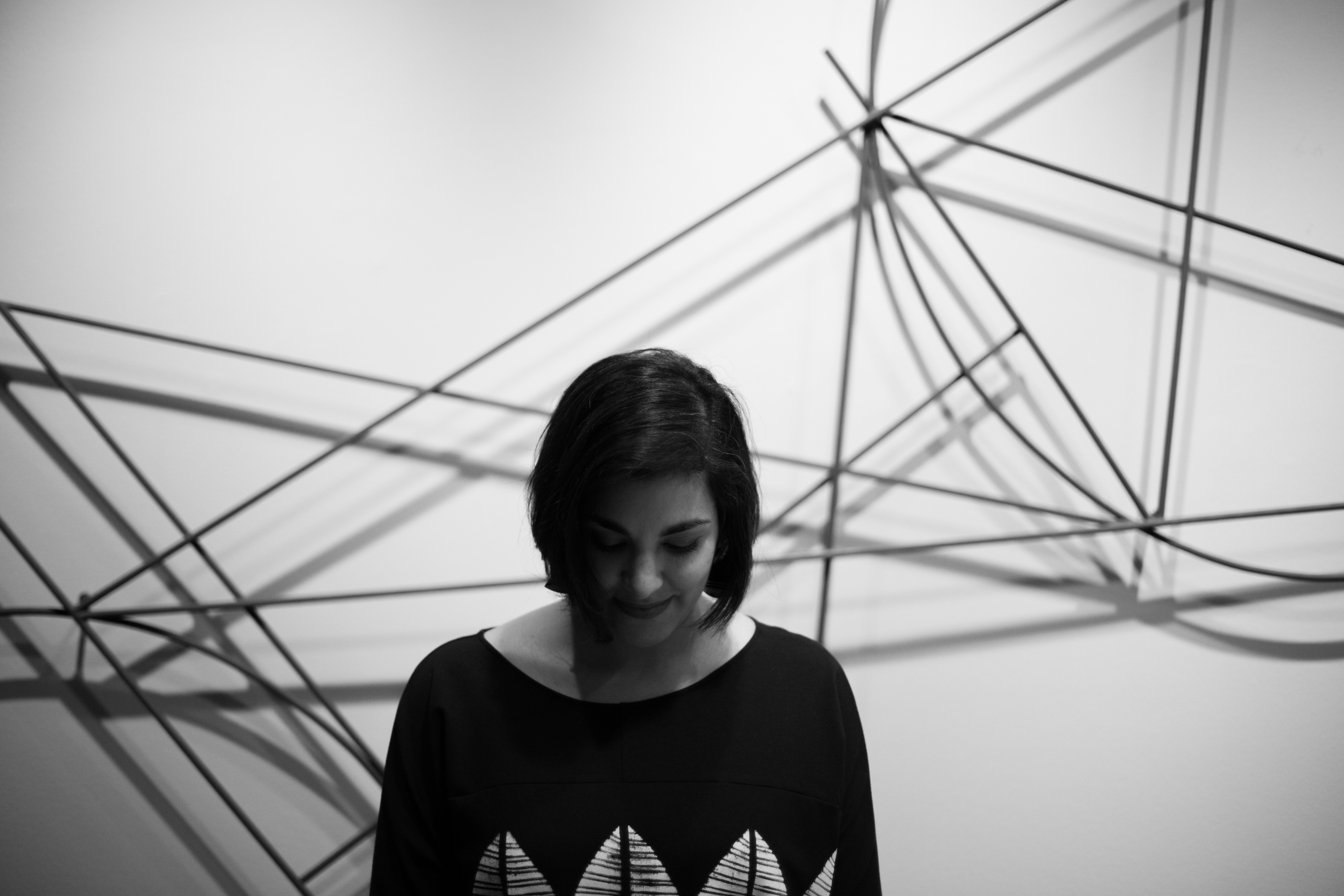 I’d first like to talk about The Earth is an Imperfect Ellipsoid. What was on your mind when you chose Kitāb al-Masālik w'al- Mamālik as your guide?

I wouldn’t say I chose Kitāb al-Masālik w'al- Mamālik as my guide, per se, but rather extensive research led to my interest in historical Islamic manuscripts on geography. What I found interesting about this particular text is the way in which it describes territory (namely in West Africa), and particularly territory that is still significant in the contemporary context of the migration story. I was particularly struck by the lyrical format of the text and the ways in which a scientific text incorporates the objectification of women through overtly sexualized descriptions of their bodies. It only seemed appropriate for me to take this same journey as a woman.

What are some of the things you observed when you took that five-month journey?

My sexual identity, or more appropriately my gender, played a very big role in this journey. The project allowed me to emphasize the sexual hierarchies that exist in the bureaucracies of the nation-state. For example, the power relations of border politics became very obvious when officers would flirt with me, or say sexually suggestive things by taking advantage of power dynamics. My crossing the border was entirely in their power. I secretly recorded most of these negotiations. 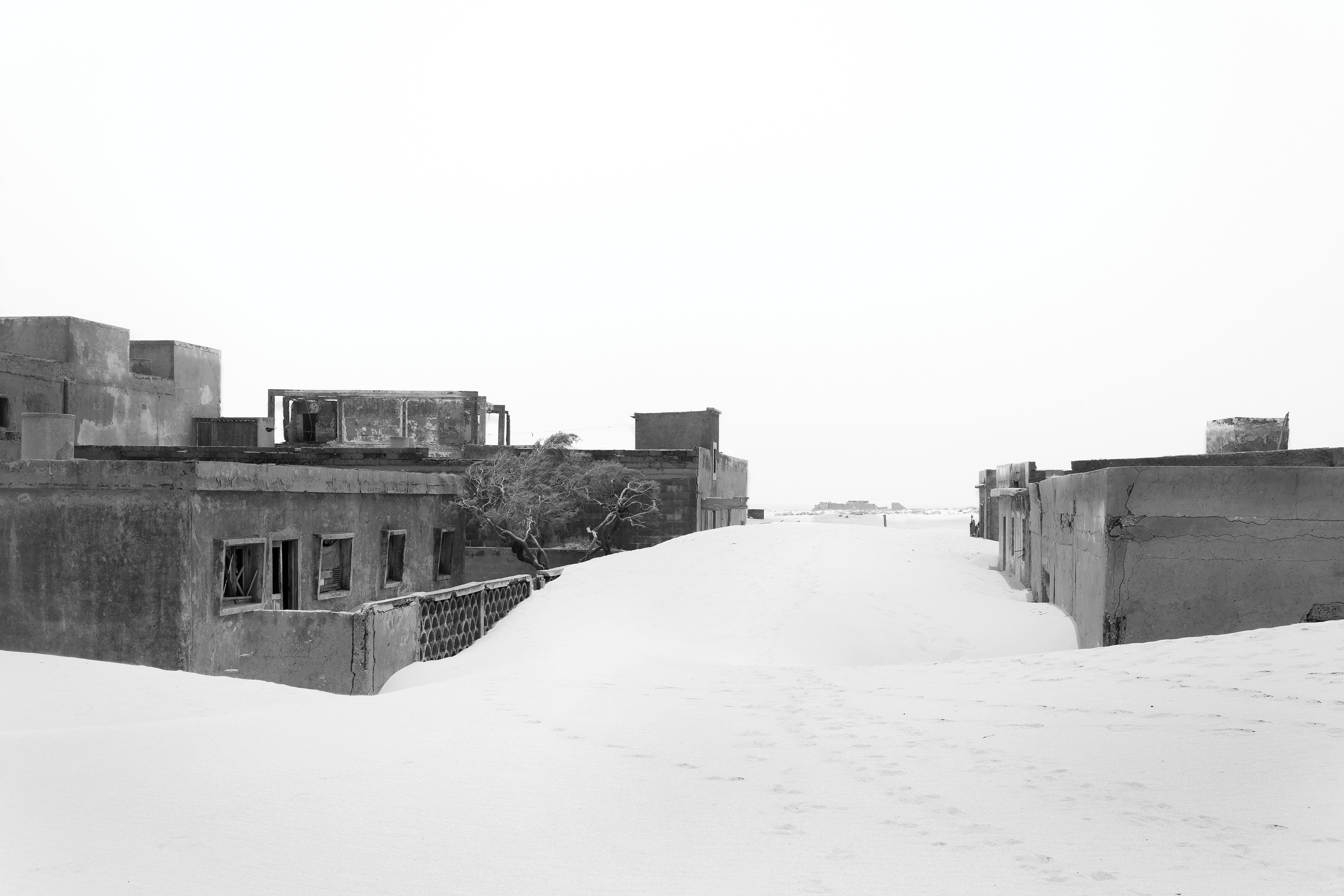 For your most recent project, which makes up the second part of your exhibition, you explored the remnants in La Agüera, a Spanish colonial outpost, based on the memoir of Jesús Flores Thies, the last living inhabitant from 1933. How did you find out about this place?

I found La Agüera by chance. I was in Nouadhibou, Mauritania, for some weeks, and while exploring the area I could see a distant town that nobody knew anything about, even though it was in plain view. My instinct told me I needed to pursue my curiosity, only to discover the most poetic landscape buried in sand dunes. The story of Jesús Flores Thies came later, by coincidence, when I came across his memoir in an antique postcard shop in Madrid. I was seeking letters, postcards and photographs of Spanish Sahara, precisely any material that might give me more information on La Agüera. I found a military magazine, and in it, a short memoir of the last living resident of the town in question. The story only gets better when just weeks ago, I receive an e-mail from Jesús Flores Thies himself with an open heart and willingness to share his memories. The magazine had forwarded my email request of publishing his memoir. 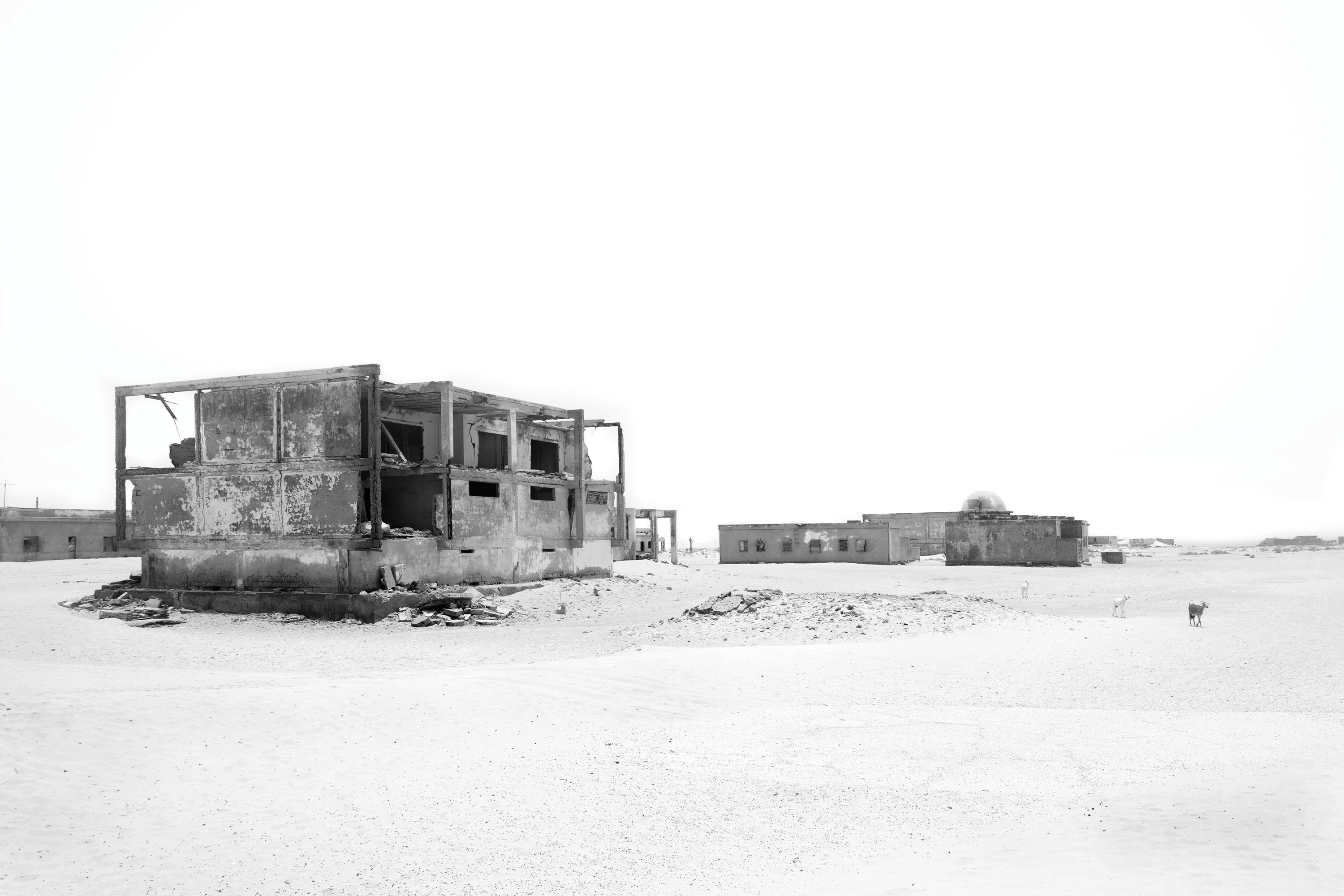 In 2015, when you were commissioned – along with two other street artists – to do Arabic graffiti for the TV series Homeland, you called out the show as racist and instead painted anti-Homeland slogans, which were broadcast to millions of viewers. What a genuinely exciting and creative way to protest! How did you come up with the idea? And did anything happen with the network afterwards?

The ‘Homeland hack’ wasn’t exactly a thought-out project or a decision but rather a situation that presented itself. It was a situation too good to be true, and too good not to take advantage of. Much to our surprise, it was an easier process than we could have imagined. And much to our surprise, it resonated on the scale that it did. Our proudest moment is probably not that we got away with it – and no, no one from the series contacted us – but rather that it started a global conversation about the negative impact that media and entertainment can have on foreign policy and politics, and the very real ways in which that affects real people.

“Nowadays art is more important than ever” 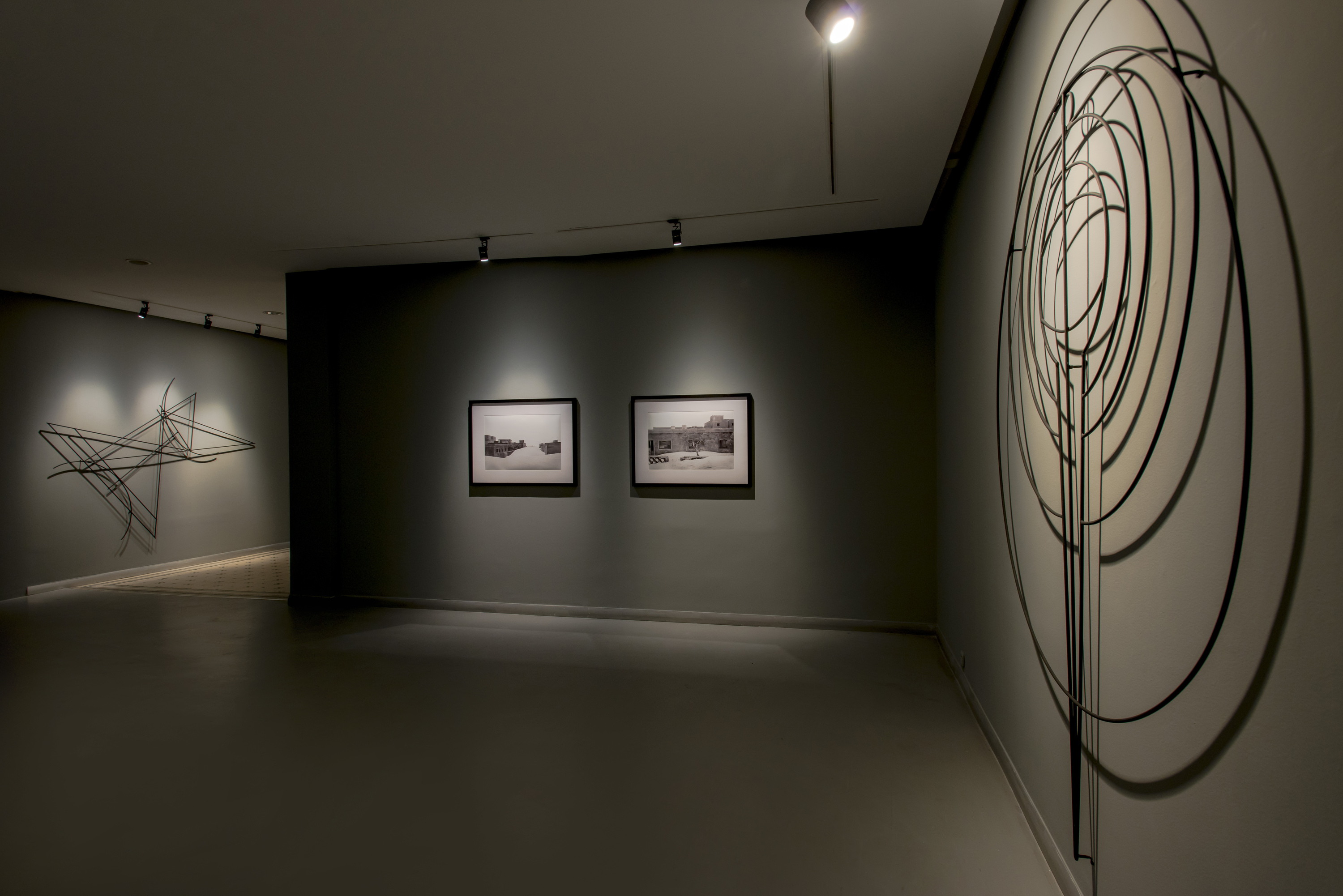 This is your second solo show in Istanbul. I’m curious about your opinions on life in the city, in terms of its art scene, its politically charged atmosphere and especially its women…

I can only speak to this from my own experience as an artist from Egypt, where we have also had similar political instability in recent years. I can’t say that I know the Istanbul scene well, but if I have learned anything from the general state of things in our region, it is that art is more important than ever. In these difficult times, art is a space that allows for conversation, debate, ideas and alternative visions to be nurtured.

Are there any other projects you’re currently working on?

I am constantly working on multiple projects, and as I dig into historical archives, there are always fascinating stories that have been written out of history. I enjoy the idea of bringing history into the present. It is an attempt at reclaiming our narratives.

'An Astronomical Determination of the Distance Between Two Cities' is at Zilberman Gallery until Feb 18. zilbermangallery.com