Once frequented by viziers and sultans, Istanbul's hamams now serve tourists and nostalgic locals in search of a steamy scrub surrounded by marble walls and lofty domes. Whether it's a cheap wash or a deluxe treatment by a tellak (masseur), you'll find what you're looking for in our round-up of Istanbul's best Turkish baths. The list features architectural masterpieces built by legendary court architects like Mimar Sinan, with some dating back half a millenium. 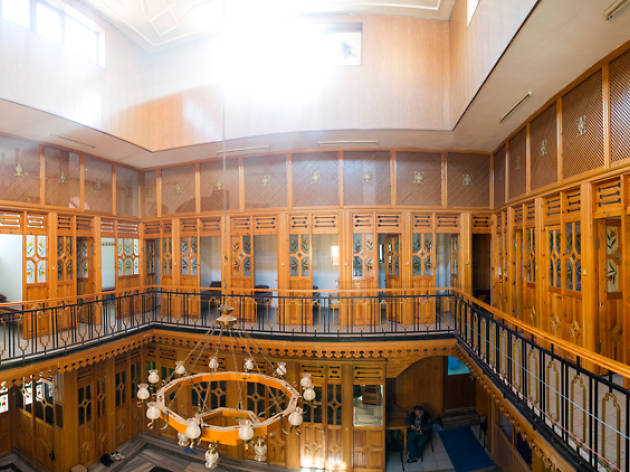 The Mihrimah Sultan Hamamı was built alongside the Mihrimah Sultan Mosque Complex between 1562-1565 by the architect Mimar Sinan. This double hamam, open for dual-use by men and women, was constructed according to a building scheme common during the classic Ottoman period. Inside the hamam you can take advantage of dry massage, body-scrub, and soap massage options. Additionally, after enjoying these services you can rest up in a private room. 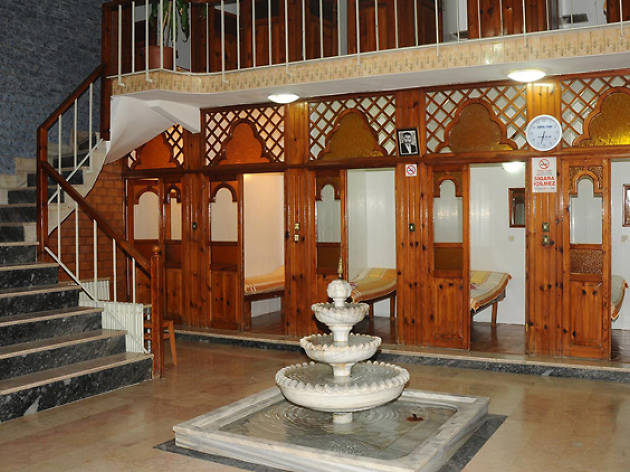 The Çinili Hamam was constructed in 1640 under the orders of Kösem Sultan. The hamam gets it name from the painted İznik-style tiles which unfortunately have not survived to our day. In this hamam, modeled on the architectural style of the great Mimar Sinan, vistors can benefit from soap massage, body scrub, and (for women) oil massage options. 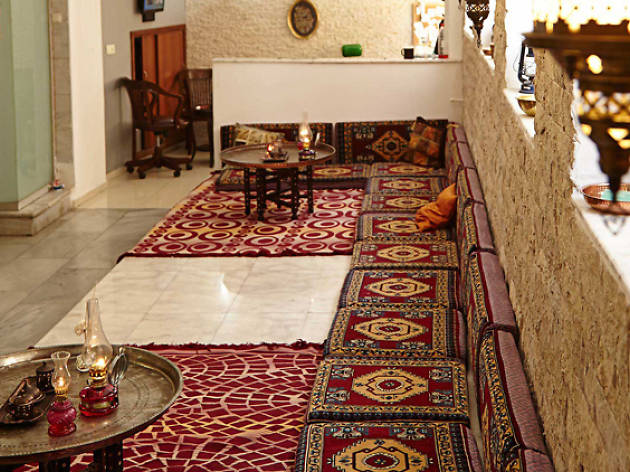 The Ağa Hamamı was built in 1454 by Sultan Mehmet the Conqueror and was used privately by the Sultan and his male heirs. After 1923 the hamam was opened up to public use. In 1986 the final restorations were made. In addition to body scrub and soap bath services, you can enjoy various traditional and massage packages as well as full package deals. 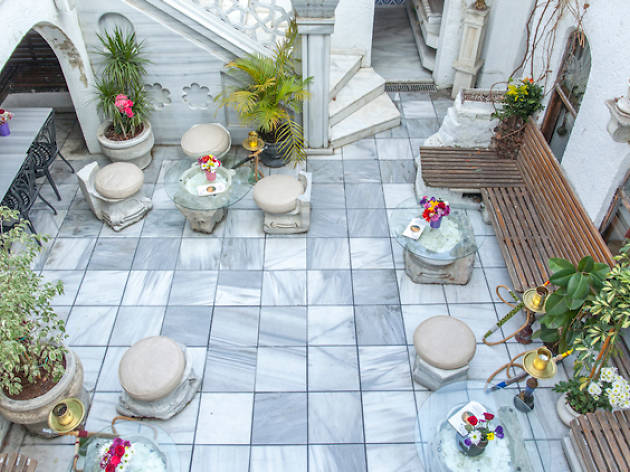 The Cağaloğlu Hamamı is the last great hamam built during the Ottoman era. It was constructed during the reign of Mahmut I in 1741 by Abdullah Ağa. Thanks to the architectural plan designed by court architect Süleyman Ağa you can discover Baroque features and other stylistic novelties in the building that were not common in classic Ottoman architecture. Under the wide dome which covers the plate glass ceiling of the hamam you will find a restaurant, shops, a barber, and a shoeshine parlor. 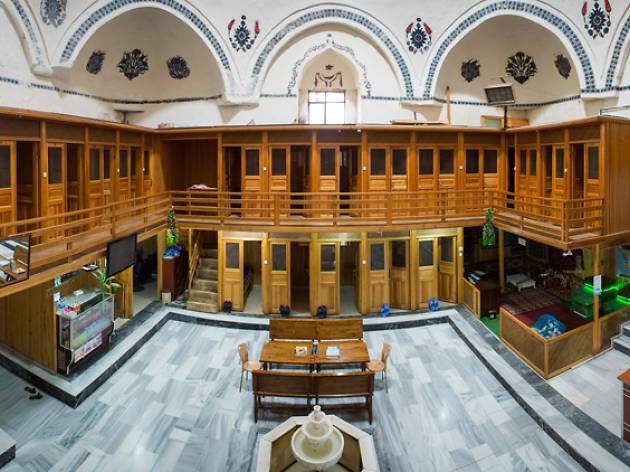 The Tarihi Gedikpaşa Hamamı was constructed by Gedikpaşa Ahmet in 1475 and designed by Mimar Hayrettin. It is a double hamam, open to dual-use by men and women. It carries the distinction of being the only historical hamam with a fountain next to its central marble massage platform. 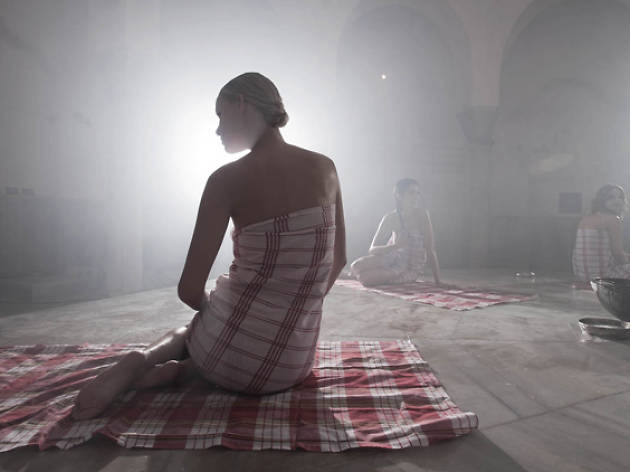 One of the oldest hamams in Istanbul, the Çemberlitaş Hamamı was built in 1584 by Mimar Sinan at the behest of Nurbanu Sultan, wife of Selim II and mother of Murad III. With its functional richness, elegance, and simplicity this dual-use hamam is a fine example of Mimar Sinan’s late work. This is definitely the right place for history buffs - not least because the treatment here has remained authentic and true to tradition over the years. 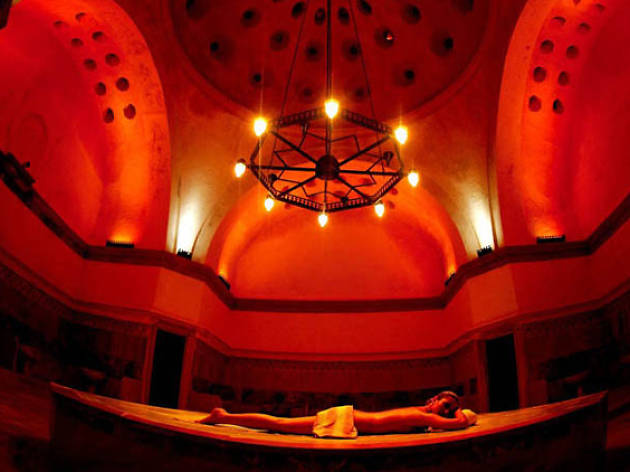 The Tarihi Galatasaray Hamamı, located within the Ottoman social complex of Galatasaray, was constructed in 1481 by Beyazıt II. During the 1965 restoration of the building the plate glass section was redone with concrete, a marble fountain was added to the center, and the hamam’s walls were covered in glazed, painted tiles. In its time, the hamam served generals, religious judges, grand viziers, and sultans; now, it's popular among tourists as it’s located just off Istiklal Caddesi. 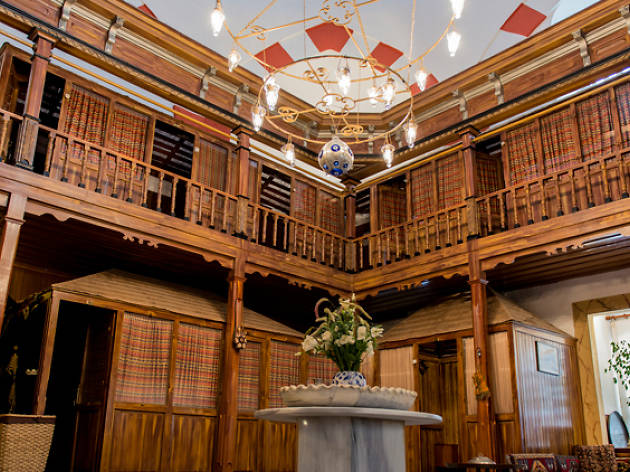 The Süleymaniye Hamamı was built by Mimar Sinan between 1550-1557 under the orders of Sultan Süleyman the Magnificent. It was constructed along with the Süleymaniye social complex (including educational establishments, a medical college, and a public soup kitchen). The three-part hamam is mixed and admits families and couples only. The private seating area once reserved for Sultan Süleyman himself to bathe is one of the sections of the hamam still in use. 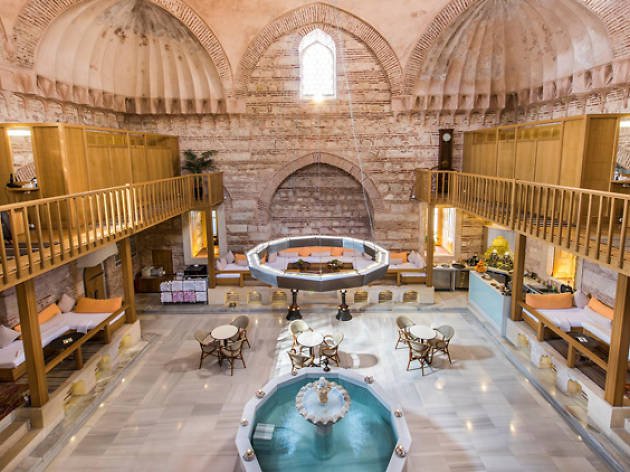 The Kılıç Ali Paşa Hamamı gets its name from Kılıç Ali Paşa, an Ottoman admiral. It is a work of Mimar Sinan. The hamam was built in between 1578-1583 and reopened to the public in 2012 after a major restoration. Events are organized in the hamam for special occasions and a shop can be found in the building’s outer section. The hamam is open to women in the morning and to men in the afternoon. 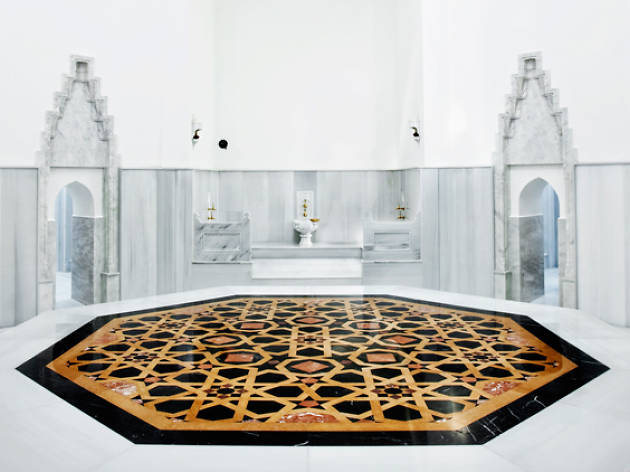