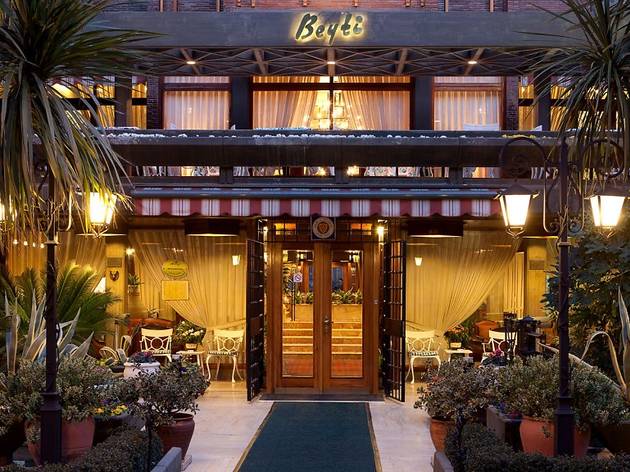 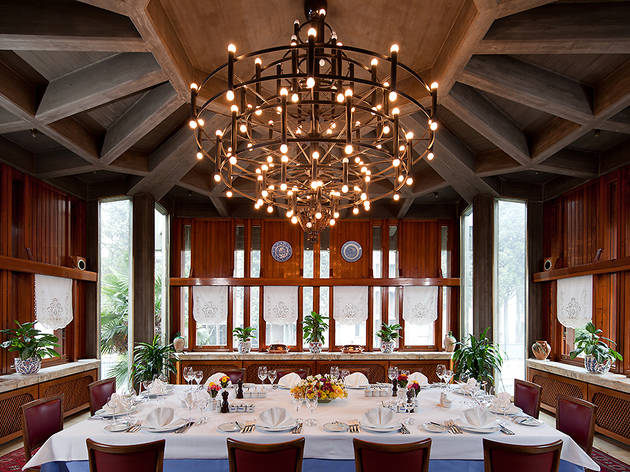 In 1945, when the weary days of the war were over, Beyti Güler and his father opened a modest roadside eatery in Küçükçekmece with four tables. The fame of their delicious döner kebap soon spread and the intimate affair became a 200-seat restaurant that was the talk of the town. In the late 1960s, Beyti Güler’s restaurant catered daily to Pan American Airlines, and during his first state visit to Europe, President Nixon ate Beyti’s döner in his private aircraft. To meet growing demand, Güler moved his restaurant to the upscale residential neighborhood of Florya in 1983.

Güler continues to run his restaurant and holds the distinction of being the only man alive to have a kebab dish named after him. Though Beyti kebap is now served in meat restaurants and street food stalls throughout the country, it doesn’t really compare with the original, which is made from a cutlet of lamb wrapped around a loin, while its common namesake is usually made with mixed, kneaded meat. The restaurant is in close proximity to Atatürk Airport so it might be a good idea to taste Beyti’s beyti on the commute to and from your flight.