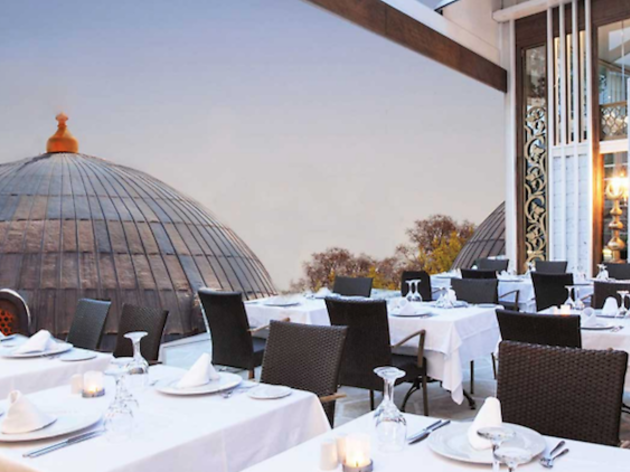 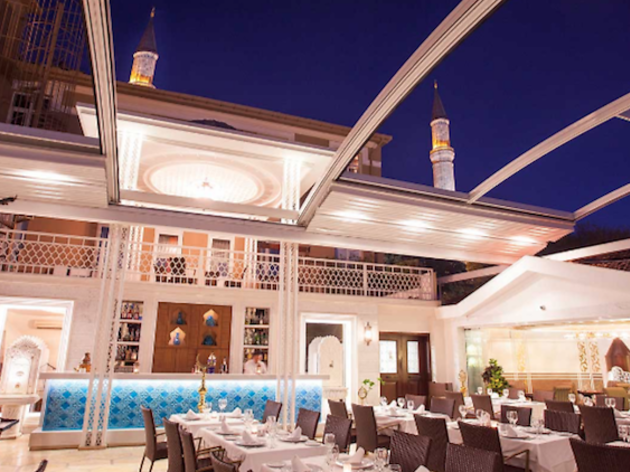 Located inside the Ottoman Hotel Imperial, Matbah offers a menu focused on Ottoman palace delights and seasonal offerings, featuring game such as geese in the winter, and quail and duck in the summer. All game come from the Kars, Ardahan and Ağrı regions, the spices and pastes from Gaziantep, and the dry ingredients procured from various shops in Eminönü. Complimentary şerbet begins and ends the meal at Matbah, flavoured with pomegranate blossom as an appetizer and cinnamon as a post-meal treat. One of our favourite dishes in Matbah's ambitious menu is the kuzu incik (lamb shank), which is cooked in its own juices with red pepper paste and served with beğendi (eggplant puree) in a bowl of crispy filo dough, a recipe from the 15th century.