Around the turn of the century, Pandeli, the son of a Greek shepherd from Niğde, moved to Istanbul and started what was to become a legendary culinary career. After working odd jobs as a dishwasher and a barber’s apprentice, Pandeli began selling piyaz (bean and onion salad) and köfte (meatballs) in the vicinity of where he would later open his eponymous restaurant. After half a century of operating eateries across Istanbul, Pandeli opened his current restaurant on the upper floor above the entrance of the Spice Bazaar, a location allocated to him by order of the state after his previous restaurant was looted during the 6-7 September pogrom of 1955.

Hardships have always been part of Pandeli’s saga and the legendary restaurant closed down in 2016 due to financial difficulties. Now, thanks to new investors, the Istanbul icon has once again opened its doors and is looking as good as ever with Abdullah Sevim, its chef of 20 years, back in the kitchen. Pandeli’s hünkar beğendi, slow-cooked lamb served on a bed of charred eggplant puree, remains unparalleled, and the famous eggplant pie served with a leaf of döner kebap on top is still one of our favourite dishes in the city. Round it off with the oven-baked quince, which comes slathered with thick syrup and clotted Buffalo cream. As Pandeli is closed for dinner, stop by for lunch before or after visiting the historical peninsula. Pandeli is only open until 18:30 and no alcohol is served. 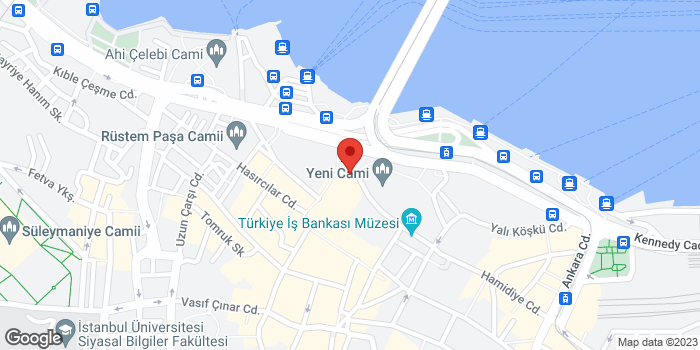