You describe your production as a neoclassical interpretation of The Nutcracker. Could you tell us more about that?
İlke Kodal: “When people hear the name ‘The Nutcracker,’ they generally expect to see the classic version of the ballet. We purposefully highlight the difference so people know they’re in for something new.”
Uğur Seyrek: “Our version actually combines neoclassical and classical ballet with modern dance. Hoffmann wrote the story in 1816, and although it was written as a story for children, there are quite a few dark aspects to it. Later on, Alexandre Dumas adapted into a more straightforward story, and at the end of the 19th century, choreographer Marius Petipa set out to turn it into a ballet with Tchaikovsky as the composer. The Nutcracker’s premiere in St. Petersburg in 1892 was notoriously unsuccessful: the choreography failed to impress viewers who were accustomed to classical ballet, while the story was considered too gruesome for a kids’ show. There were quite a few successful adaptations in the 20th century, but none of them deviated from the basic plotline.”

How is your production different?
Uğur: “We modernized all of the themes, so everything you see in The Nutcracker rings true for our day. It all starts with an elderly ballerina reminiscing about the past. As the events unfold, we learn that the real source of the nightmare is a man who abused her in the past. The fear of mice symbolizes the memory of that abuse, so the issue is quite relevant to our day.”

But you still managed to keep the story-like feel?
Uğur: “Of course, but it’s all reinterpreted. For instance, in our version, the kids are naughty, and they cause quite a bit of argument within the family. On the other hand, we emphasize the importance of sticking together as a family.”

A critic once claimed that The Nutcrackerwas responsible for causing the most damage to the American ballet: it’s a very safe holiday-season show, so it’s criticized for preventing the emergence of more radical works. Then again, the private sector controls the ballet industry, as is the case with everything else in North America.
Uğur: “Sure, the private sector is in charge, but there are foundations that support artistic endeavors. The fact that there’s money to be made from these initiatives serves as an incentive to make sure the works are presented with a high level of quality. You’re not just promoting the shows; you’re also marketing souvenirs, the atmosphere and the experience of being there. The productions are spectacular, but on a technical level, ours is a much tougher show to pull off, as it combines both classical and modern dance. On the other hand, I’m pleased with both our presentation and our audience. Last year we thought the audience came just because it was The Nutcracker, but our shows are sold out this year, as well. That tells me the audience is looking for a different point of view. In the end, the U.S. might be blessed with ample décor, budget and performance spaces, but there’s something that sets us apart.”
Deniz Özaydın: “There’s also no point to hearing and viewing a story dating back to the 1800s in its original form. We want to show how the story can be adapted to the current century. We need to tell the story in a modern way.”
Uğur: “One of the most important things is the ability to define and depict the current era through the work you stage.” 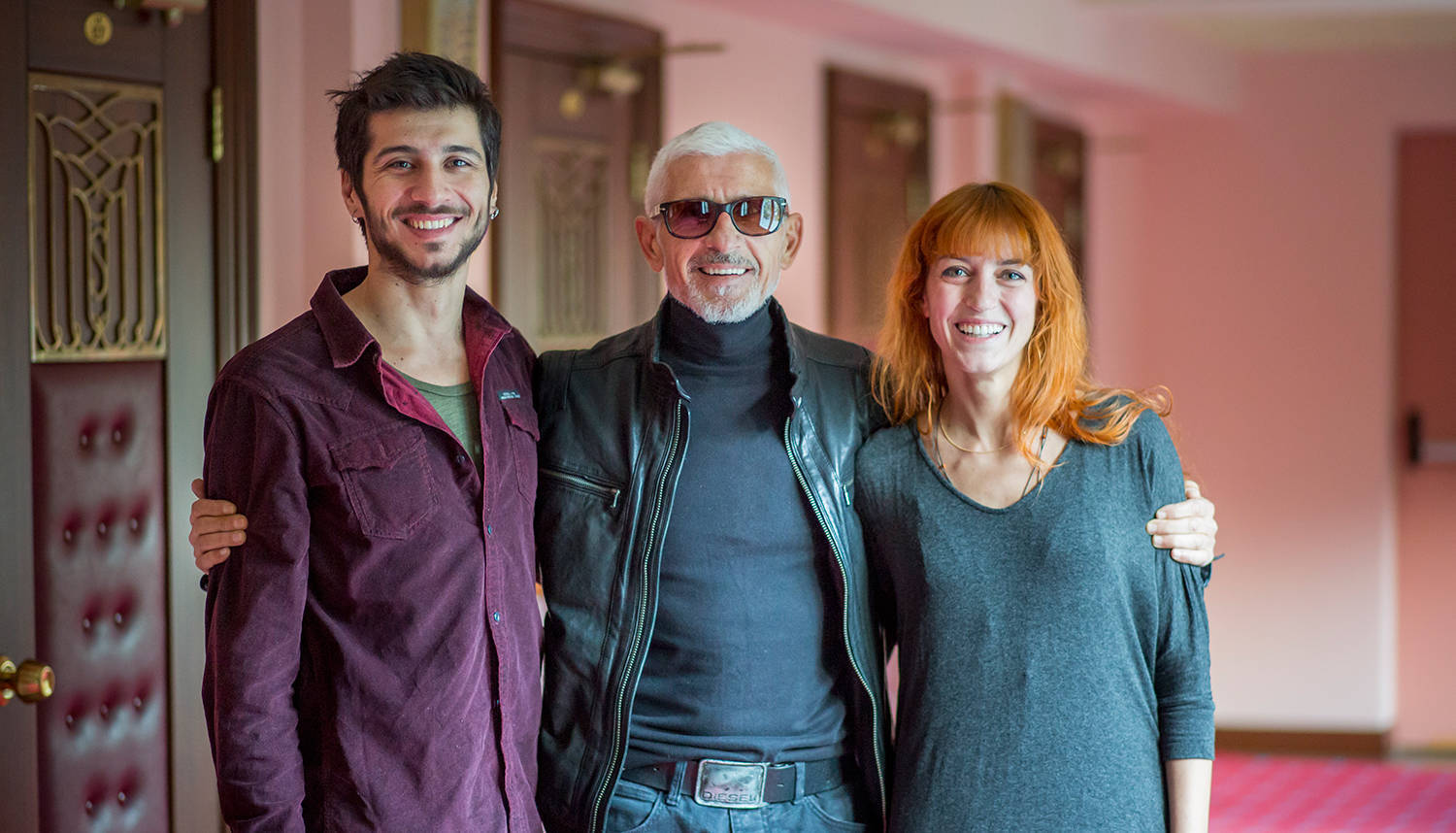 “The U.S. might be blessed with ample décor, budget and performance spaces, but there's something that sets up apart”
-Uğur Seyrek-

How important is The Nutcracker for dancers?
İlke: “I danced in a classic rendition of The Nutcracker at the Atatürk Cultural Center in 2002. Of course I’m really happy to have the chance to dance in this version years later. When you combine modern and classical techniques, the result is a much more exciting experience. It’s both a pleasure and a challenge.”

What makes it challenging?
Uğur: “Both İlke and Deniz are wonderful dancers. We started working on The Nutcracker last year, and we probably put in hundreds of hours. We had to keep up the same pace this year. The fact that you were successful yesterday doesn’t guarantee that you will be today. Whenever I watch a ballet, I want it to flow as seamlessly as a movie. This requires a great deal of work – we’re talking about an ensemble of 80 people, including the orchestra.”

As dancers, what’s your daily routine like?
Deniz: “In a nutshell: work, work, work.”
İlke: “We start the day with exercise and technical training for an hour and a half to two hours. Then we work on whatever it is we’re training for that day for about five to six hours. The closer we get to the premiere date, the longer we rehearse. I guess you could say it’s an endless process of self-improvement, both in a technical and emotional sense.”
Uğur: “You have to keep going until your body throws in the towel.”
Deniz: “Since this is ultimately a way of disciplining the body, I find that the process is similar to that of athletes. Just as a basketball player has to spend years perfecting his shot, we, too, have to work tirelessly.”

We don’t often hear athletes complaining about the pain they endure, but people involved with ballet always mention physical pain.
Uğur: “You can only understand why when you go to see a ballet. There’s constant physical strain and a need for coordination. There isn’t a single part of the body that isn’t involved.”
İlke: “We constantly have to push our physical and spiritual boundaries.”

Since there’s also an aesthetic aspect to your work, you have to pay attention to your diet, don’t you?
Uğur: “It’s an ongoing regimen, one that you maintain even when you quit dancing and start teaching. That’s how disciplined we are when it comes to our bodies. As a choreographer, I can’t be demonstrating moves for dancers with a potbelly.”

What do you think about the performing arts venues in Istanbul?
İlke: “We’ve only staged The Nutcracker at the Süreyya Opera House, since that’s the largest stage we have. We’re anxiously awaiting the opening of the Atatürk Cultural Center.”