David Bowie is no longer with us but his influence will continue to spread to every corner of the cultural world, from art to theatre to fashion to, of course, film. His career as an actor may have been imperfect – though he was never less than eye-grabbing – but his impact on film goes way beyond the relatively few he appeared in. Here are 15 films that have Bowie’s fingerprints all over them, from those he starred in to others inspired by his work to a few which somehow just captured his ineffable spirit. David Bowie, silver screen – can’t tell ’em apart at all… 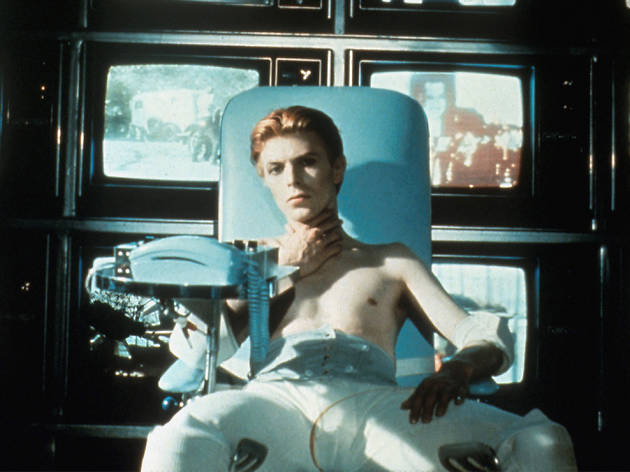 Is this the finest piece of casting ever? Bowie as an extra-terrestrial. You just have to watch Alan Yentob’s 1975 BBC doc ‘Cracked Actor’ to know that Bowie was so blasted on fame and cocaine that he was basically an alien on Earth when he joined director Nicolas Roeg in the American desert to shoot this adaptation of the great sci-fi novel. The result is literally otherworldly. 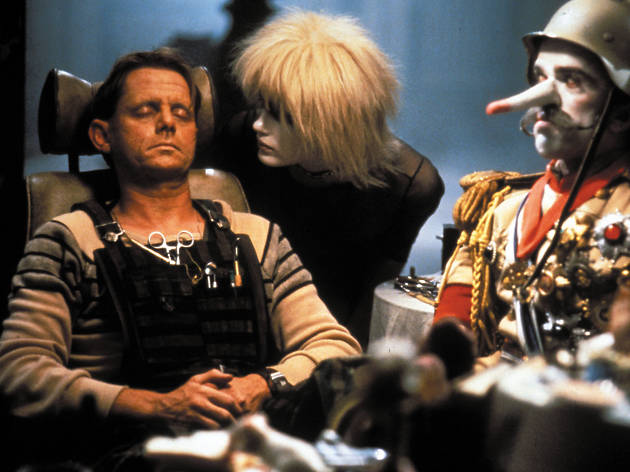 Science fiction was always an integral part of Bowie’s persona, from the cosmic poetry of ‘Space Oddity’ and ‘Drive-In Saturday’ via movies like ‘The Man Who Fell to Earth’ to futuristic concept albums like ‘Diamond Dogs’ and ‘Outside’. But of course influence is a two-way street, and Bowie gave as much as he took: the entire cyberpunk movement was steeped in Dave-ish dystopia and Ridley Scott’s masterpiece is full of Bowie-isms, from Rutger Hauer’s thin white robot to Daryl Hannah’s glam fashions. 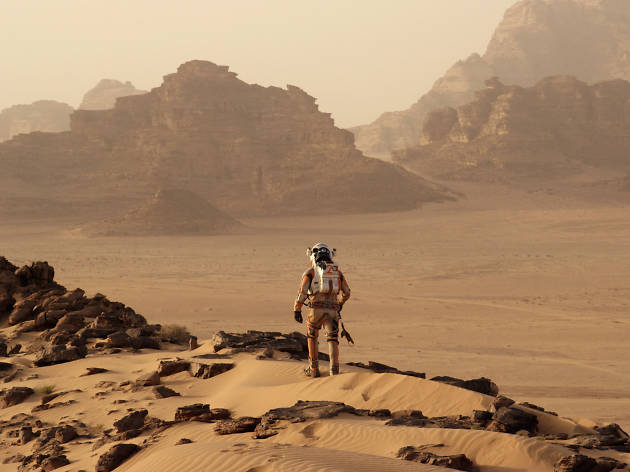 Bowie’s influence on science fiction is obvious, but what about his impact on science itself? How many kids were inspired by the thundering lift-off in ‘Space Oddity’ to become astronauts and physicists (we know of at least one, Canadian cosmonaut Chris Hadfield, who performed the song live from space in 2013). Ridley Scott’s upbeat tribute to scientific pluck and determination may lack glamour, but it sports a brilliant use of Bowie on the soundtrack – ‘Starman’, perfectly choreographed to scenes of drifting spaceships and Nasa scientists at work. 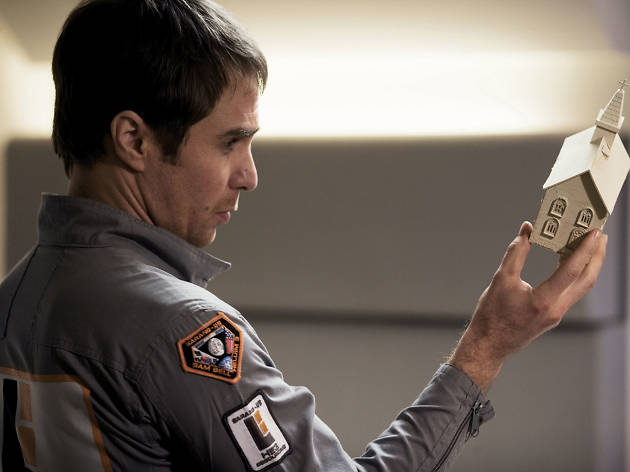 This one’s a very literal connection: it was directed by Bowie’s son, Duncan Jones (first known as Zowie Bowie). But it’s surely no accident that, for his first movie, the young filmmaker chose to tell the story of a lone astronaut losing his fragile mind on a remote lunar base. Planet Earth is blue, and there’s nothing he can do… 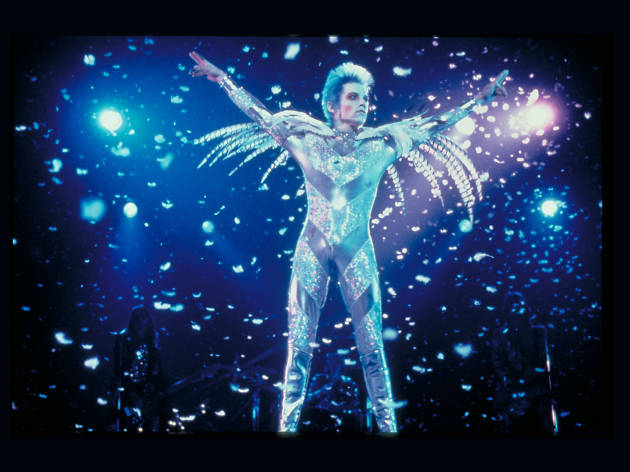 Despite being refused permission to use any of Bowie’s songs, director Todd Haynes drew on the man’s life, work and music to create this heartfelt, garish and thrilling tale of a fictional 1970s rock star who changes the world then vanishes into obscurity. Loathed by many, the film absolutely nails the look and feeling of the early ’70s and is arguably the best movie ever made about what it’s like to fall head over heels in love with music. 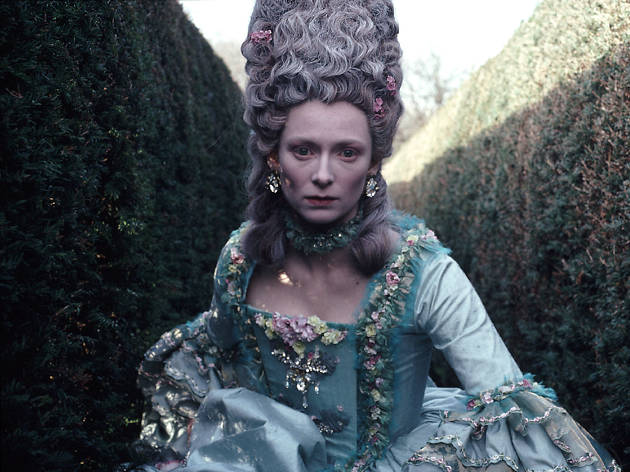 Sally Potter's adaptation of Virginia Woolf's novel sees Tilda Swinton play an androgynous Elizabethan man who stays forever young as he travels across the centuries – changing genders at one point – until he reaches the present day. The symmetry with Bowie's own playful, anarchic, gender-bending shape-shifting is obvious, something stressed further by Swinton's own likeness to Bowie. Swinton later appeared with Bowie in his 2013 video for 'The Stars (Are Out Tonight)' – she played his wife in a portrait of a married couple torn apart by celebrity. At one point they switch roles, he dressed as her and vice versa. 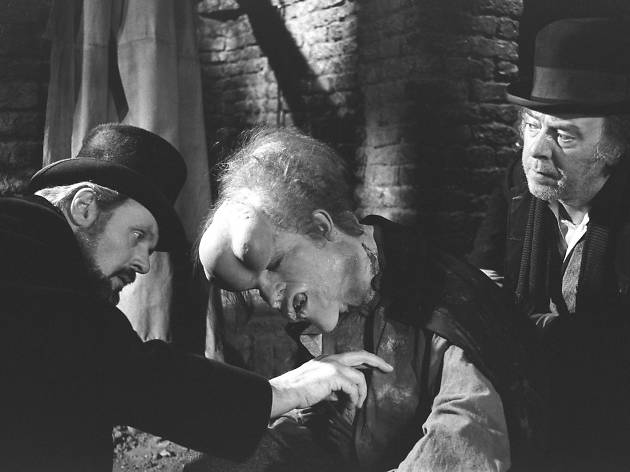 The connections between Davids Bowie and Lynch run deep: the singer appeared – briefly, crazily – in Lynch’s frazzled prequel ‘Twin Peaks: Fire Walk With Me’, and provided the title song for ‘Lost Highway’. But for us, this boldly avant-garde but devastatingly emotional melodrama is the most Bowie-esque of Lynch’s films. The Dame had played the title role of traumatised Victorian circus attraction Joseph Merrick on stage in 1977 – sans make-up, famously – and the very idea of being a ‘freak’ was all over Bowie’s work. 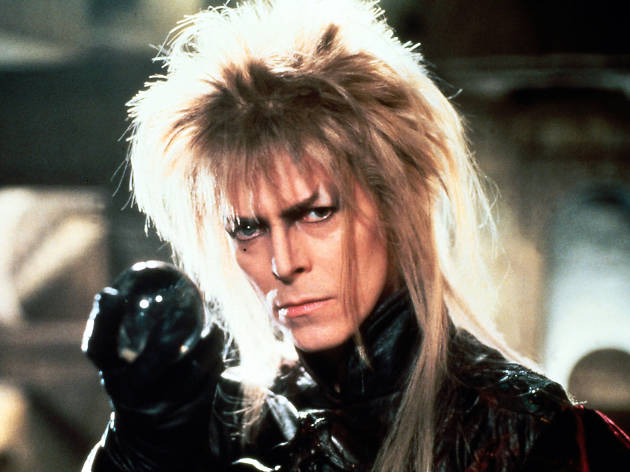 Jim Henson’s berserk fantasy would have made this list even if Bowie hadn’t appeared – sneering, hugely bewigged and impressively courgette-trousered – as the villainous Goblin King. Like much of Bowie’s work, the film packages nightmarish fairytales, surrealist art and spaced-out humour into something mass audiences can get behind. It still screens at least once a month somewhere in London. 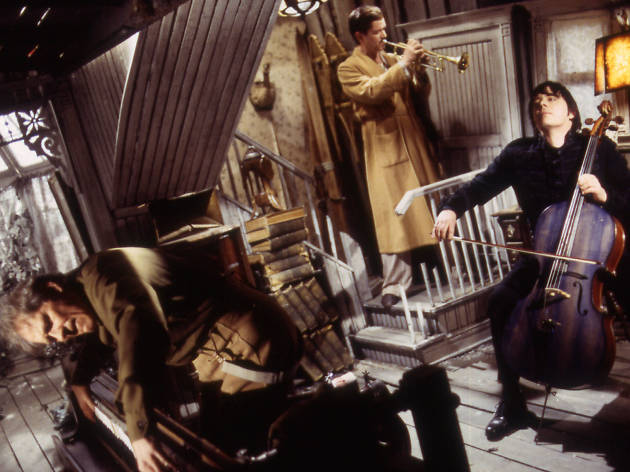 If there's one thing that most tributes to Bowie can agree on, it's that he forged his own unique creative path – his own language and style – unbothered by fashions and trends. It's a spirit inherited and inhabited by so many working filmmakers. The experimental, anarchic Canadian filmmaker Guy Maddin, whose work draws on silent expressionist cinema but makes it very much his own, is just one of them. You know a Guy Maddin film when you see one, but you're much less likely to know where the hell it came from. 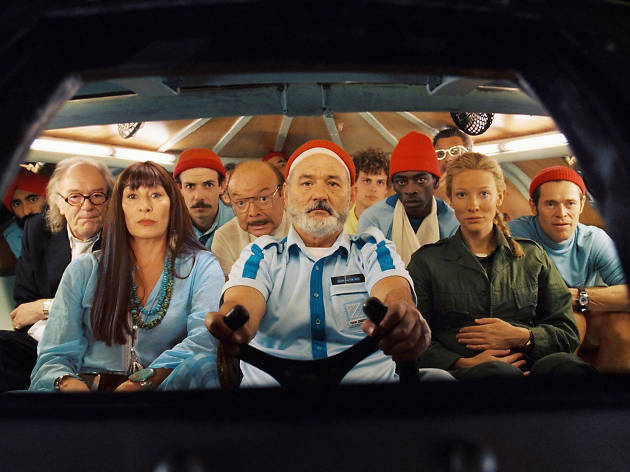 Another eye-poppingly colourful fantasy, this time from the pen of Bowie devotee and gentle surrealist Wes Anderson. In this underwater adventure, Brazilian musician Seu Jorge plays a deck hand who wiles away the days at sea strumming Bowie songs on an acoustic guitar. 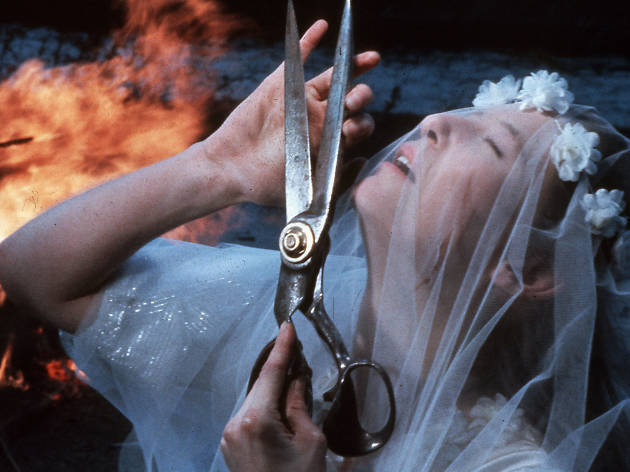 Derek Jarman was a few years older than David Bowie, but from the mid-1970s to his death in 1994 this London-born filmmaker brought a wild and anarchic theatricality to cinema – one totally unbothered by traditional ideas of sexuality and gender – that must surely have been influenced by the similar revolution that Bowie forced on British music. The two even discussed making a film, 'Neutron', together in the mid-1980s. It never happened, but some of the ideas from that project fed into 1987's ‘The Last of England’, a dressing-up-box dystopian fantasy, both otherworldly and unmistakably British. We think Bowie would have approved. 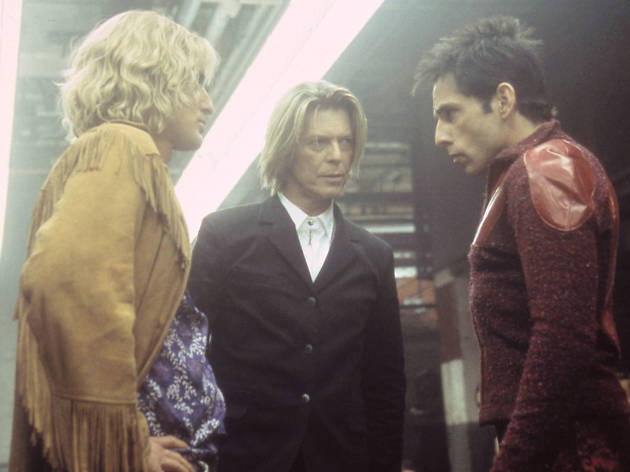 Another movie that would have made the list even if it hadn’t featured a cameo turn by the Dame – playing himself, with maximum style and loucheness. Bowie’s influence on the ludicrous peacock world of the catwalk will never be fully quantified – he skewered the whole thing brilliantly in his song ‘Fashion’ – and we can only imagine the tearful scenes taking place this week across the world’s dressing rooms and design studios. 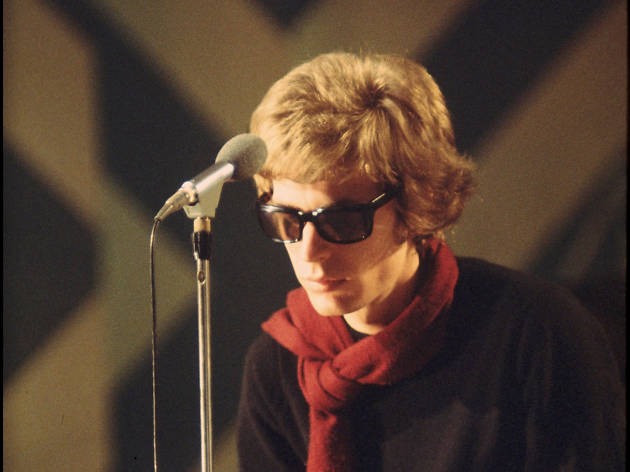 The only film to bear a Bowie producer credit (though he’s listed as exec producer on two forgotten oddities, ‘Magic Hunter’ and ‘Passage to Paradise’) is, appropriately enough, a biographical documentary on the pop star turned experimental musician who, more than any other, influenced Bowie’s later work. His final album ‘Blackstar’ is pure, epic Scott Walker strangeness. 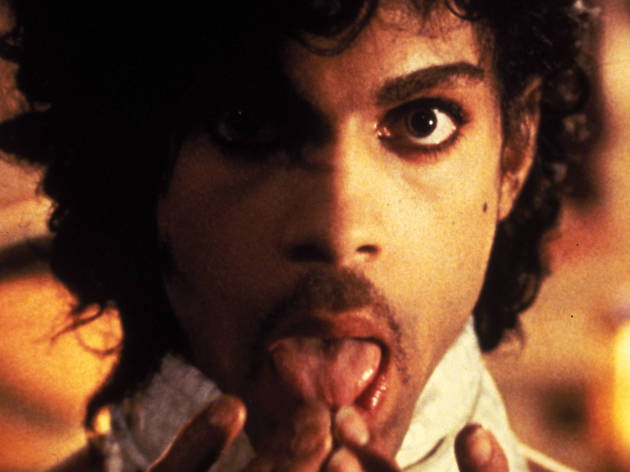 Pretty much every movie about a rock star produced since the mid-’70s bears at least some Bowie influence, but Prince’s debut feature goes further than most: not only did the Minneapolis midget take cues from Bowie’s fusion of rock, funk and sci-fi, but his on-stage costumes and antics in this rags-to-riches melodrama are pure gender-bending Ziggy Stardust-era glam rock. 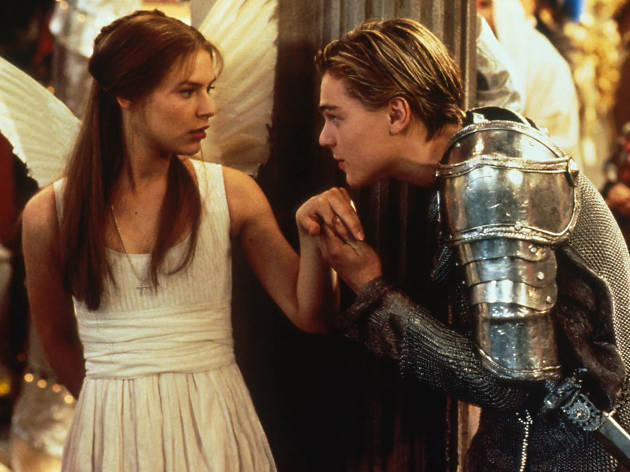 Director Baz Luhrmann’s ‘Moulin Rouge’ might have been the obvious choice – Bowie even appears on the soundtrack, singing the jazz standard ‘Nature Boy’ –but that film’s trashy garishness feels uncomfortably cod-Bowie, whereas this giddy Shakespeare adaptation has a New Romantic stylishness and youthful purity that feels more in keeping with the Dame’s finest work. 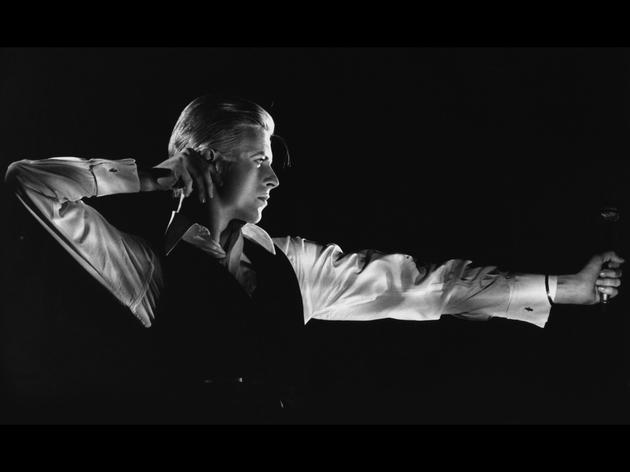 From south-east London to outer space, David Bowie was rock’s greatest self-reinventor. Katie Dailey pays tribute to the seven ages of the original starman, with featured outfits and pictures from the V&A’s 2013 blockbuster Bowie retrospective.