1pm Start the weekend by hopping across continents and time with regular NTS radio jocks Music to Ease Your Disease. Their eclectic vinyl collection will stun even the biggest muso as they mix Chinese zither and Balinese gamelan with a bit of dub and disco.
1.30pm Get your name on the list for free cookery workshops – you may be in the middle of a park but that’s no excuse not to whip up some chocolate brownies.
2.45pm Make sure to take a deep breath before entering the sultry and eerie world of Rosie Lowe as she shows exactly why critics were raving over her sparse R&B sound on debut album ‘Control’.

3.30pm Grab the kids and hit up the Puffin World of Stories zone for a reading of 'The Dinosaur that Pooped' with special guest star – the dinosaur. Or there’s always a two-hour set from utter legend Don Letts who will continue his 40-year mission to step all over music genres.
5.30pm Don’t bother fighting the need to dance as perennially cool Roisin Murphy brings her scratchy, catchy disco-pop to South London while touring new album ‘Take Her Up to Monto’.
6pm There might just be time to witness the ‘ta-dah’ moment as sister-chefs Jasmine and Melissa Hemsley reveal their most prized flavour secrets, one of many live cooking demos taking place over the weekend.
7pm Ahhh Hot Chip. Their 2008 album ‘Made In The Dark’ is one of the quickest ways to be transported back to the noughties. Cover your face in glowstick juice and jump about.
8.15pm Not simply a brilliant name, Thundercat takes the bass guitar and puts it centre stage. Figure out just why his bass-heavy funk sound has enticed collaborators Kendrick Lamar, Wiz Khalifa and Erykah Badu.
8.45pm Time for a sprint across Blackheath. Simply follow the sound of Bobby Gillespie’s murky drawl that hits pure angelic beauty at least once per Primal Scream song. They’ve been ahead of the game making scuzzy electro-pop songs since 1991 that refuse to age.

1pm First stop for parents heading down on Sunday should be the Kid’s Crafting Tent – you take your child in and they emerge wearing a Mad Hatter hat, covered in face paint and hair chalk. Basically your standard festival look.

1.30pm If you are feeling particularly delicate or emotional it could be a good idea to have a little cry as the Lewisham and Greenwich NHS Choir sing some quality cheese that manages to sneak past all our carefully built cynicism to pluck at heartstrings.
2pm Opt for Amber Arcades’ Dutch shimmering lo-fi pop that sounds like summer should and seems a world away from her previous job as a war crimes expert.  It’s surely just a matter of time before her songs are slotted directly into a cute indie film soundtrack.
3pm Thanks to John Lewis’ involvement with the festival, international chef Theo Randall has pretty much brought the kitchen sink to cook up a three-course meal for those smart people that booked ahead.
4.30pm Get your stomping boots on for Edwyn Collins, a man whose heart beats old school rock and roll and who defied two strokes to keep making music. Be prepared to whoop at his 1995 smash ‘A Girl Like You’.
6.30pm Make sure you are centrestage for James to hear tracks from their fourteenth studio album or just to scream ‘Oh, sit down’ with the whole of Blackheath at the top of your lungs.

6.45pm Tick all the boxes from your ‘early ’90s indie pop bands’ bingo card by floating over to Saint Etienne for the glittering vocals of Sarah Cracknell and the band’s pure pop melodies.
8.15pm Round off the day with those evergreen masters of the mini-anthem Belle and Sebastian. The band have poured evocative stories into dark delicate ditties that refuse to leave until everyone is in their thrall.

Set times may be subject to change.

Our pick of live music in September 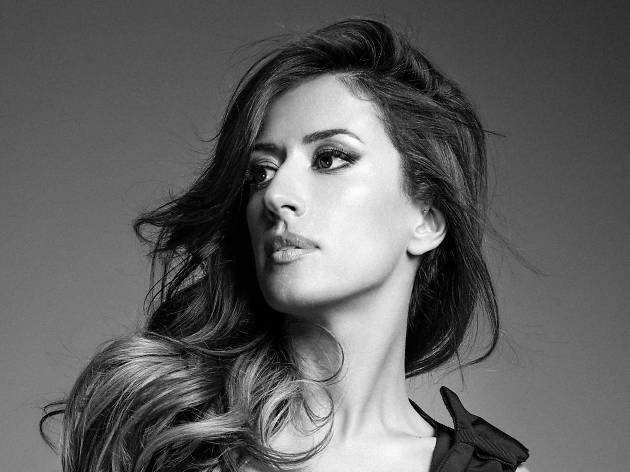 September is one of the best months to see live music in London: the gig calendar ramps up after the summer music festivals, but the days are still long and the evenings light. Here are the best concerts to catch this month.