Five reasons not to miss the 'Pop Art Myths' exhibition

The Thyssen Museum hosts this season's must-see art exhibition. Not convinced? These five reasons should have you adding the 'Pop Art Myths' exhibition to your summer hot list

The Museo Thyssen-Bornemisza hosts one of the top exhibitions of the summer: 'Pop Art Myths' ('Mitos del Pop'). In the show you'll be able to view 104 works from some of the most important representatvies in the field that led to contemporary art as we know it today, from Warhol to Lichtenstein and Blake, but also work from lesser-knon artists (Europeans, basically). But is it worth the €11 ticket in, you ask? A resounding yes. And here are five reasons to convince you. 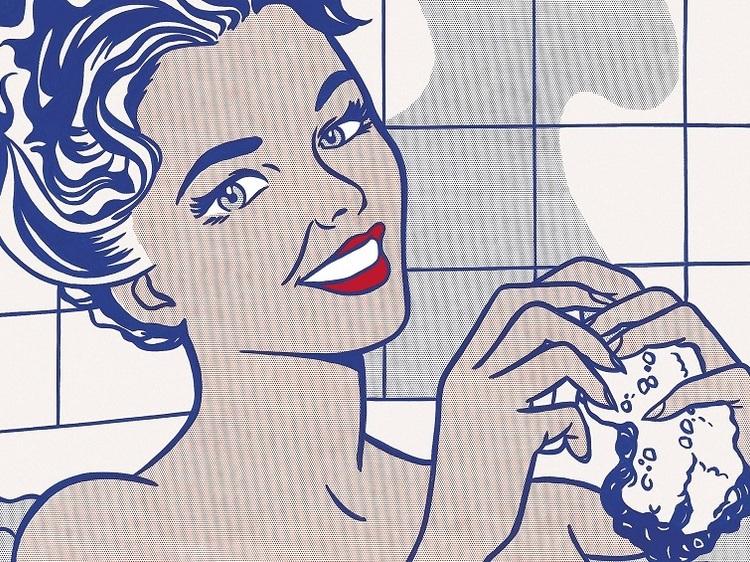 It's extremely well planned and organised

The star show of the summer in the Thyssen-Bornemisza Museum is curated by Paloma Alarcó, Chief Curator of the Modern Art for the museum, and that means we're off to a good start. Alarcó has a gift: she knows to plan and organise an exhibition so that it hits you in the eyes (as she did with the wonderful 'Monet and Abstraction' a while back) and how to build a story around it without having it become inaccessible, pedantic, or worse, incomprehensible. The 'Pop Art Myths' exhibition has also been touched by the magic wand of her work (and that of her team), and we encounter a thread holding the show together that is not chronological nor by artst, but instead it's thematic. That alone should have just piqued your interest. collage, advertising, comic books; badges; myths; portraits; landscapes, interiors, still lifes; urban eroticism; painting of history; and art about art are the themes that lead us by the hand through all the variables within this movement that sparked the beginning of contemporary art. And, like we said, it hits you in the eye: what you'll get is an exhibition with high visual impact, which can even be overwhelming. It's colourful and bright, there is a variety of formats (including neons and Öyvind Fahlström's fun 'Red Seesaw'). Just experencing that feeling in your body is worth the price of entry. 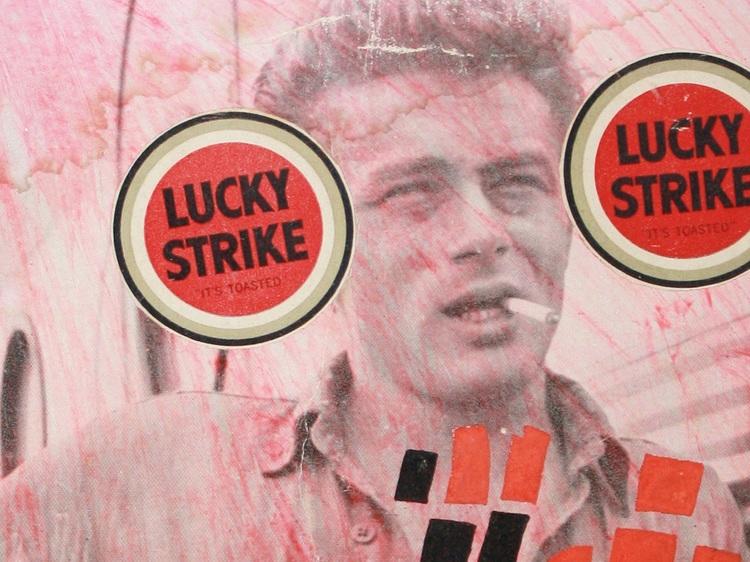 You'll learn something else about art history

What we all think we know is that pop art is easy to see, that it's extremely visual, very contemporary and right now. So perhaps one of the big surprises of the exhibition is discovering just how pop art is connected to the tradition of painting and its bigest themes: still lifes, nudes, portraits, landscapes ... Because these artists didn't just influence art and the world around them, they're also heirs and pay homage to a pictorial tradition (see 'Still Life #34' by Tom Wesselmann, Sigmar Polke's 'Vase II', or Lichtenstein's 'Cup of Coffee'; and, of course, the reinterpretation of 'Las Meninas' from the Equipo Crónica in 'La Salita', or Hockney's wonderful 'Renaissance Head', the pop version of a profile portrait characteristic of the 15th century). That visitors get to enjoy all of this is the result of one of the biggest challenges that the Thyssen has undertaken (and conquered). And bear in mind the Thyssen is not a contemporary art museum, but the idea was for this exhibition to fit in with the museum's collection and also be something that would appeal to its clientele. So you won't only see a set of artworks that you'll enjoy, but you'll feel like you've learned something as well.
Advertising 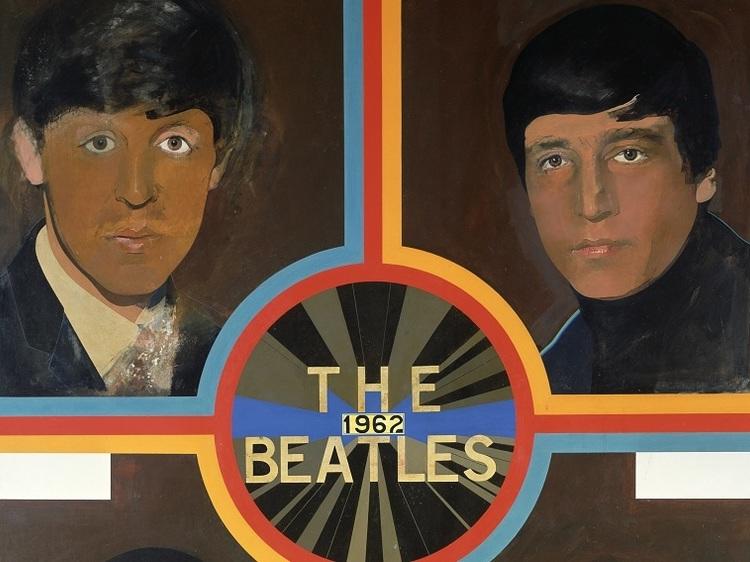 It's the exhibition of the summer

It works like this: a great museum like the Thyssen puts on a major exhibition (104 works in this one) that will last all summer, and no one will be talking about anything else. There will also be film cycles, concerts and conferences on the subject. Even a comic. And that also means the media are doing their job right. (Remember the year it was all about Antonio López? Either you went or you went.. There was no other option.) But also the museum has had a stroke of luck (yes, luck, though they might not agree): around the same time (from June 27 to October 13), the Reina Sofia is showing an exhibition of the works of Richard Hamilton, one of the greats in the world of pop art. So 'Madrid is Pop' becomes one of the official slogans of the city this season, and you'll find it everywhere, even in your gazpacho. But if peer pressure doesn't motivate you, here's another tidbit that might get you going: the Spanish capital has not hosted a major exhibition devoted to pop art in 25 years. If you don't want to spend another quarter of a century waiting for the next one, all signs point to your getting to the Thyssen to see it now. 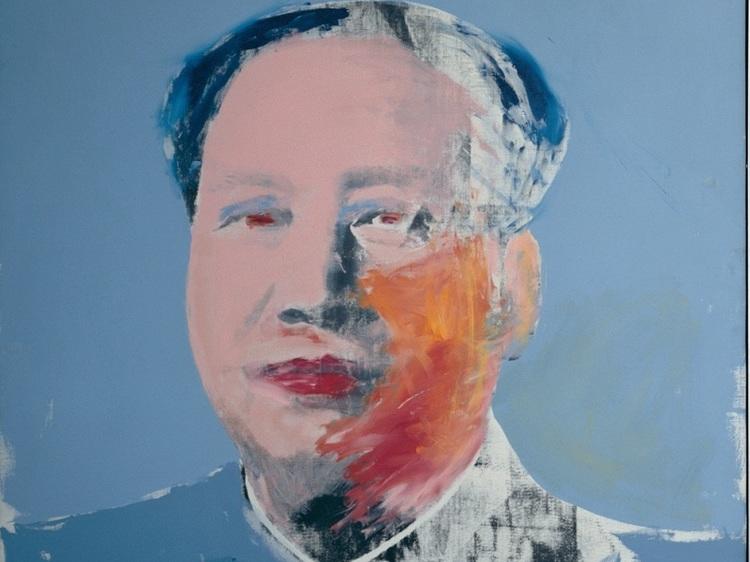 Someone says 'pop art' and we all immediately picture Andy Warhol's can of Campbell's soup or portrait of Marilyn. It's automatic. That's precisely one of the dangers of this artistic movement, that we tend to oversimplify. But what 'Pop Art Myths' is here to teach us is that there is life beyond the famous and revolutionary American artist and there were many others involved in the great pop art explosion, to the east and across the pond. In fact, the show is presented as a dialogue between European and American pop art, where they speak as equals. Even the Spanish (Eduardo Arroyo, Luis Gordillo, Equipo Crónica, Equipo Realidad ...) are 'in the same league' as the masters (and to the Spanish, who are 'so self-conscious', as Alarcó herself says when presenting the exhibition, makes them pretty happy). Temporary exhibitions are always made up of works on loan, and the Thyssen could have settled for getting their hands on the most important pop art works, but the've instead focused on very early works, from the 1950s and 1960s, and on developing this thematic approach to bring to light even 'missing links' like the collages from the pioneers of the movement, Hamilton and Paolozzi. Olé.
Advertising 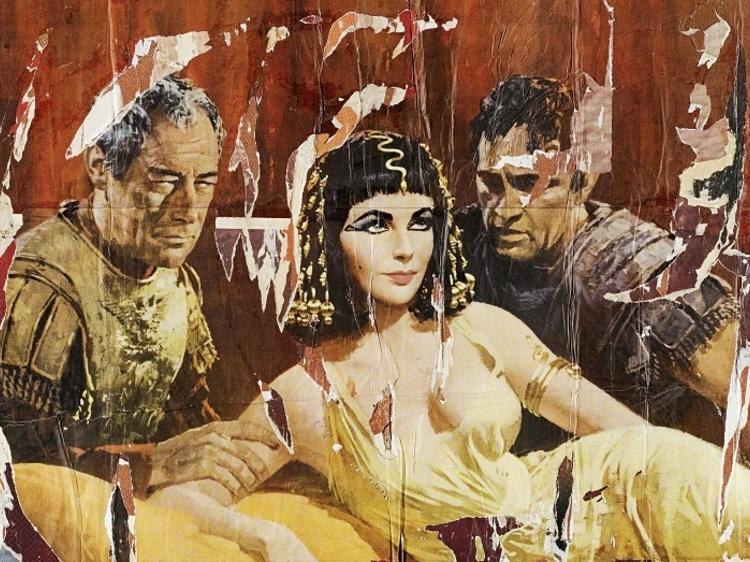 You'll bust your own myths about pop art

Pop art was a revolutionary movement that broke from the elitism of the avant-garde that came before and knew how to bring art into the spirit of the times. It was a time when cities were filled with images, and these artists incorporated the visual, consumerist, commercial culture into the artistic world. Warhol, Lichtenstein, Hockney, Polke, Richter ... they understood that mythomania of society (it was the heyday of Hollywood, that great myth-making machine), that veneration of their icons, and transformed it into art. The name of the exhibition plays with just this idea – the mythomania of pop art – and teaches us about these myths, but also busts them at the same time. (There is a section called 'Myths', where you'll see, among others, Italian artist Mimmo Rotella's 'Cleopatra', with Liz Taylor as the Queen of the Nile; 'The 1962 Beatles' from Peter Blake; Richard Hamilton's 'Release'; and, yes, Warhol's in there too with his 'Marilyn Diptych' in black and white and 'Marlon'.) The Thyssen is also out to demythify pop art, because it is true that, as Hamilton defined it in 1957, 'Pop art is: popular, transient, expendable, low-cost, mass-produced, young, witty, sexy, gimmicky, glamorous, and Big Business.' And yes, it is easy to see. But there is an ideology behind what each artist conveys. 'It was a powerful intellectual movement that was aesthetically attractive,' explains Alarcó. Each work contains a review of politics, advertising, and art itself that is worth unravelling. Because, after all, we are all, in some small way, children of pop art. 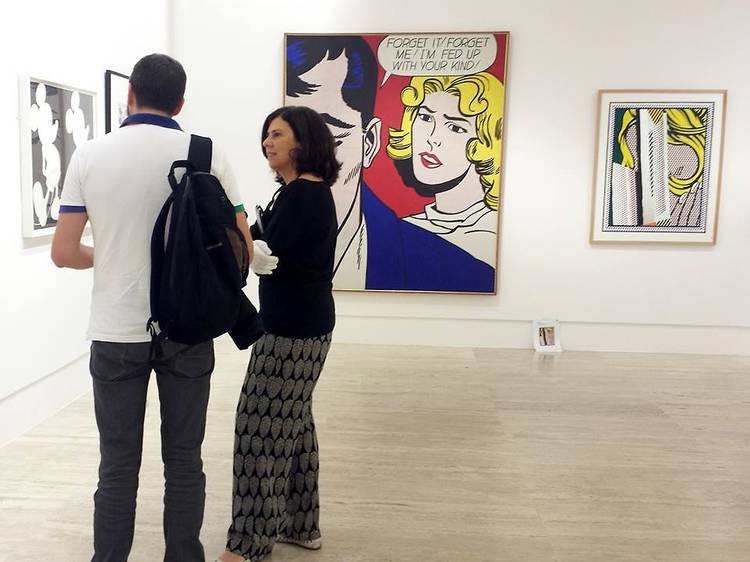 The Museo Thyssen-Bornemisza welcomes 'Pop Art Myths', the first exhibition on pop art in Madrid since 1992. Featuring more than 100 works, including pioneering British pop art, and the classic American version and its expansion into Europe, with works by artists as Warhol, Lichtenstein, Hockney, Hamilton and Equipo Crónica, among others. 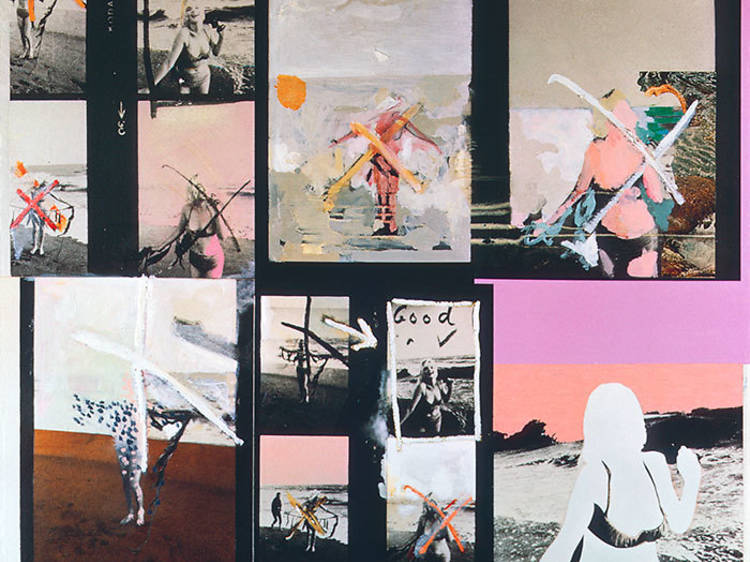 The best works of one of the pioneers of pop art finally arrive in Madrid in the form of a retrospective exhibition. Richard Hamilton (London, 1922-2011) was a British painter who left school to work in an advertising agency. There he started his artistic journey, which would end up making him the father of pop art.