Bars and pubs, Breweries Legazpi
Recommended
5 out of 5 stars 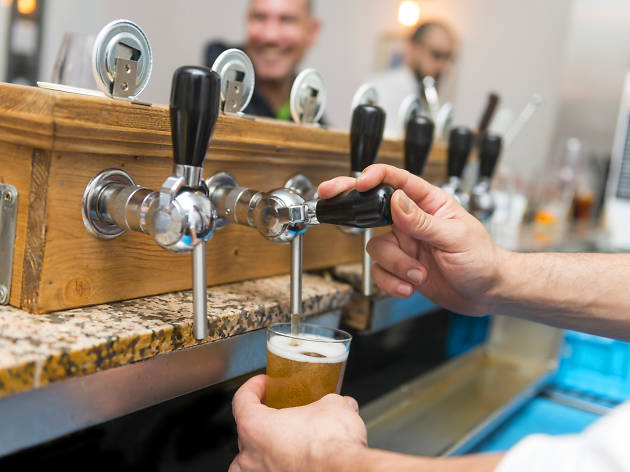 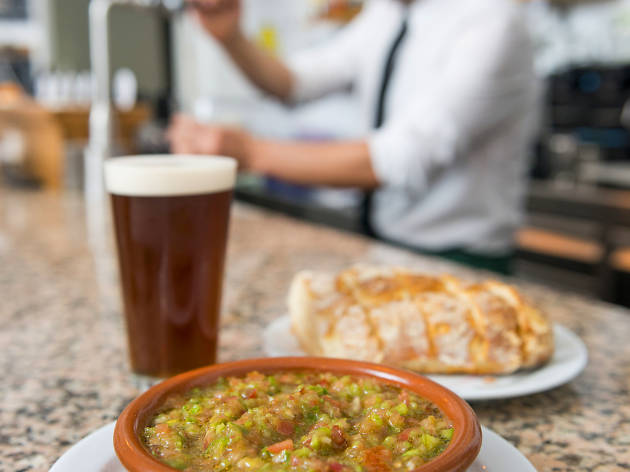 'Is there anything more natural than what's wild?' From the other side of the bar, Miguel, in his white shirt and black tie, talks about the name of Bodega Salvaje, his work and philosophy. Today he's representing the Quintanar brothers who are behind this generous tavern and a splendid craft beer, which was served at DiverXO and is still around in bodegas owned by other big names like Ruscalleda and Subijana.

'We used to work out of rooms in a flat of Campo de Criptana until it felt a bit small, and two years ago we moved to an old cake factory in Alcázar de San Juan,' he says. With six taps (various in rotation) and traditional dishes served, they do their best to stay true to their inheritance from Alberto and Ramona, who came from León and managed this same spot, dispatching wine from the barrel since the 1970s. 'We know we have something special, we make good aperitifs at good prices but what we work the most at is our relationship with our clients.' Miguel goes on to say they want to bring back the kind of traditional eatery and bar that's been on the decline. 'People say we're a revolution in the neighbourhood.'

Windmills hang from the wall along with the hypnotic face of a young Sara Montiel about to sing 'Bésame mucho', though jazz is playing in the background. Their biggest sellers are La Gorda and La Flaca, as they're the most accessible for newbies, but the sensation of the summer was called Wai-iti, made with eight experimental hops, a treat for the most experienced palates.

To accompany, they've always got their Russian salad and sausages. 'Like good Manchegans, we stand behind our "pisto" and "asadillo" but we also do a standout recipe of "oreja" [pig's ear] in soya and home-made barbecue. That's why we recommend ordering tapas.' Delicious small dishes that are topped off with the perfect dessert: their birramisú (tiramisú made with stout) and a Bola Ocho on tap make for a final ovation.