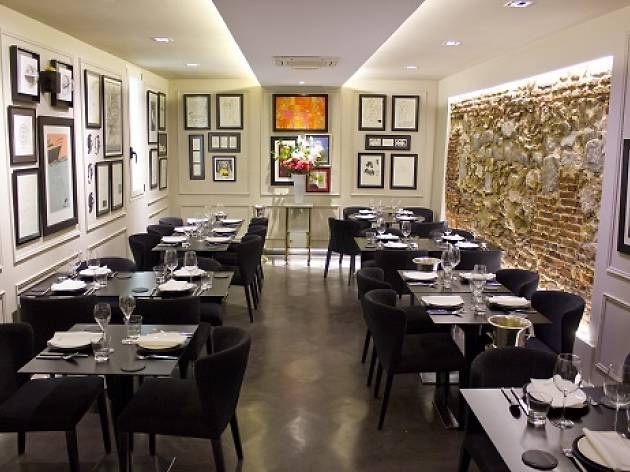 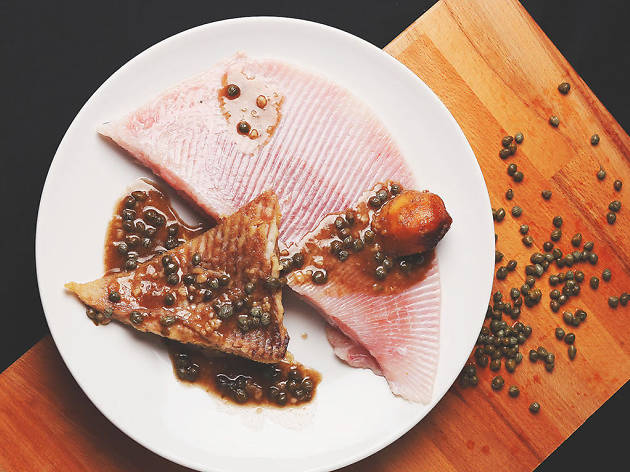 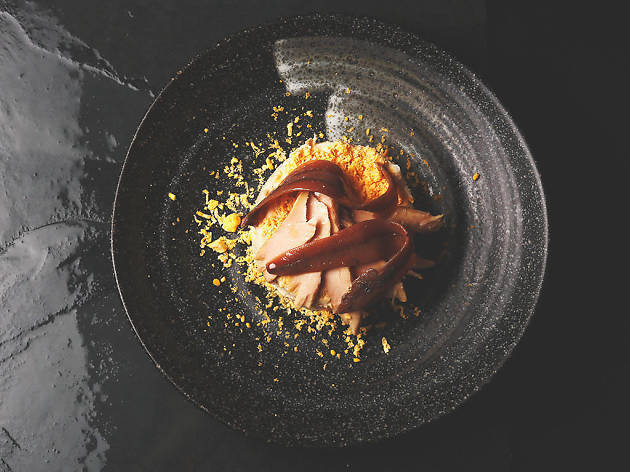 There are fewer such pleasant ways to start a new year than at a table at La Tasquita de Enfrente, something we’d been meaning to do for ages, and decided finally that we’d better get going before we realised we had no money left after the long run of winter holidays. For Kings’ Day Juanjo López Bedmar planned a set menu that included pairings with champagnes from their own reserves. At this restaurant they always bring out the big guns,  because they can.

We left everything in Bedmar’s capable hands, and, sitting under a painting by Antonio Saura – there’s plenty of art in the cosy dining area – dish after dish arrived at our table until the Festival Menu came to an end. It was quite the feast. In their own time (though we wouldn’t have minded a bit speedier service), following a splendid steak tartare, out came a pair of magnificent game dishes. Also on the menu were an unexpected and succulent version of Castilian soup as a starter, an outstanding Russian salad accompanied by sardines, light croquettes in an atypical batter similar to tempura, a stew that was pure joy (each ingredient cooked to perfection), tuna belly of superlative quality, and an unforgettable rice pudding.

There’s attention to detail here, and there are no gratuitous extras to the dishes, neither in their creation nor their careful presentation. Flavour rules, with a focus on texture. The excellence of the raw materials shines through even more when they’re dressed down. It’s clear how much work has gone into the selection of the products. You don’t have to go out to the countryside to see the changing of the seasons, it’s enough to just sit here and listen to the owner list off the dishes. This is truly a spot where a dining experience is not to be missed.