Now that the imported holiday of Halloween on October 31 is becoming more popular than Spain's own All Saints' Day on November 1, Madrid goes a bit crazier every year trying to outdo itself celebrating All Hallows' Eve. Kids are running door to door shouting 'Trick or Treat!' in pure American style. Costumes and fancy dress are another way besides liquid courage to be more bold at parties, and to get into clubs for free, in some cases. Theme parties are happening in luxury restaurants as well as dive bars. No one's getting a pass on celebrating this fright night, so here are some suggestions as to how you can have a wickedly good Halloween. 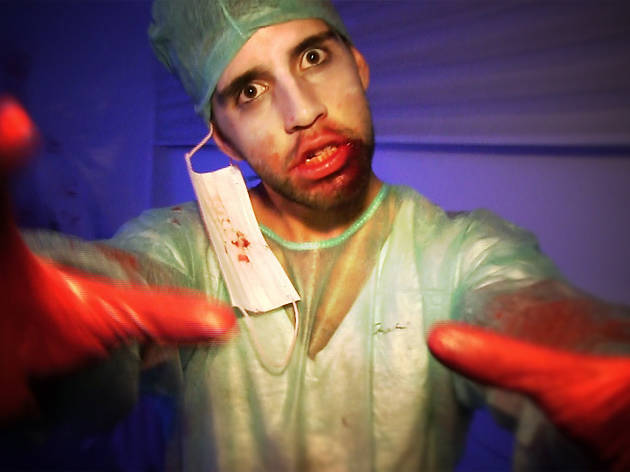 Sure you can mash up a costume with any old household items or some tin foil and rubbish bags from the corner store, but if you really want your scary look to last all night as well as feel comfortable as you sit down for a meal or dance the night away, your best bet is to buy one. Weather you're going as a witch, a vampire, a monster, or a sexy version of any of the above, a member of the Village People, or your favourite star to mock, if you want originality and to not fall flat on a night when (almost) anything goes, have a look at our selection of the top shops in Madrid for getting all your Halloween gear. 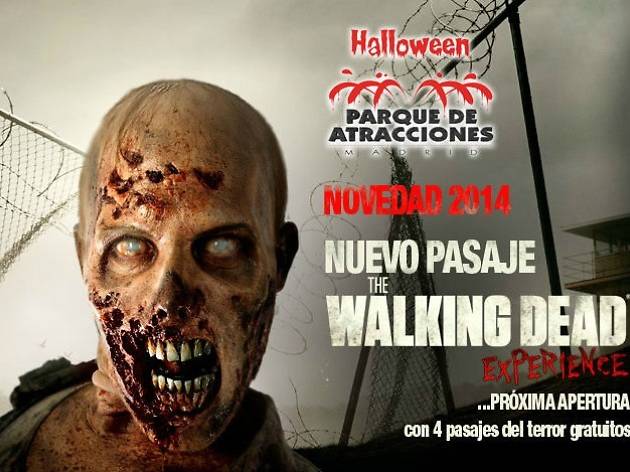 Madrid's Parque de Atracciones puts on its yearly Halloween event featuring terrifying characters running around the funfair grounds to scare the bejesus out of anyone trying to get out without a heart attack. But there are also magic and dance performances, and four terror walks, where only the bravest among you will experience frightening encounters with Voodoo wizards, a spine-chilling hospital, and the creepiest scenes out of stories by Edgar Allan Poe. Probably the biggest draw will be the new Walking Dead attraction, a one of its kind in all of Europe, where you can walk among some of the most well-known places where the popular TV series is set, like the hospital where it all began, the Governor's house, the prison and Terminus, as you try to avoid the zombies lurking in wait for you. Do you dare enter without Rick's gun or Michonne's sword to protect you? 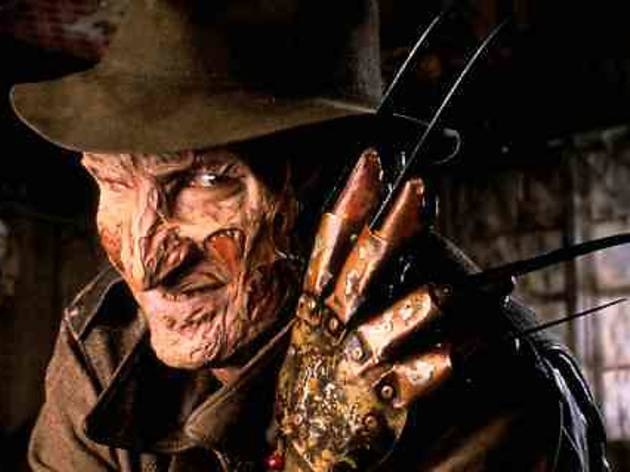 Who among us hasn't scrunched down cowering on the sofa while watching ‘Scream’? Who hasn't covered their face with their hands while Freddy Krueger gets himself into everyone's on-screen dreams? Yelmo cinemas are putting on a special mini cycle of three classic horror films this Halloween, at the thrilling price of just €4.50 each. Shriek and jump into the arms of your fellow movie-goers as you watch 'Scream', 'A Nightmare on Elm Street' and 'Ghostbusters' on Oct 31 and Nov 1. If that's not enough for you, Madrid's cinemas have got their own frights in store for you with films such as 'Annabelle' and 'Dracula Untold'. 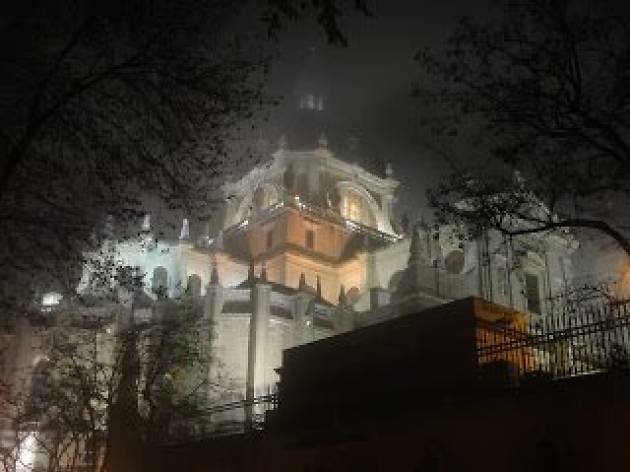 Mysteries, urban legends murders... Madrid is great at hiding some terrible stories that not many know. And when better to get into the dark past of Spain's capital city than Halloween night? If you're curiosity is piqued, and your anxiety medication up to date, get in on the tours that Madrid en Ruta has organised around the city. Visit cemeteries, and discover chilling secrets about the various areas of Madrid and even Parque del Retiro. Madrid and You takes you on tours of the most heinous crimes committed in the barrio of Los Austrias, with loads of bloody details. Not suitable for the squeamish. 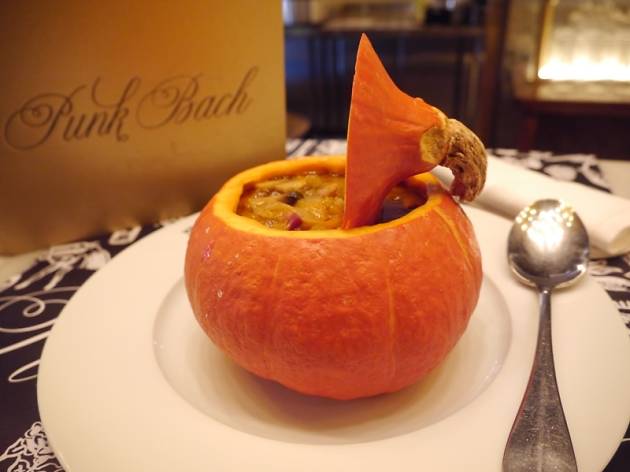 Madrid's restaurants are getting in on the Halloween fun this year as well. For those who could leave everything else at the door as long as the food is great, Ramsés is organising its spectacular dinner followed by a party with the best of current international music. The gang at Punk Bach have created a special Halloween dish, the 'Punklabacha' (in English, the 'Punkin', perhaps?), a soup served up in a pumpkin ('calabaza' in Spanish.... get it now?). And for the whole experience, with dinner, open bar and an exclusive show, book in now at Enigmatium. 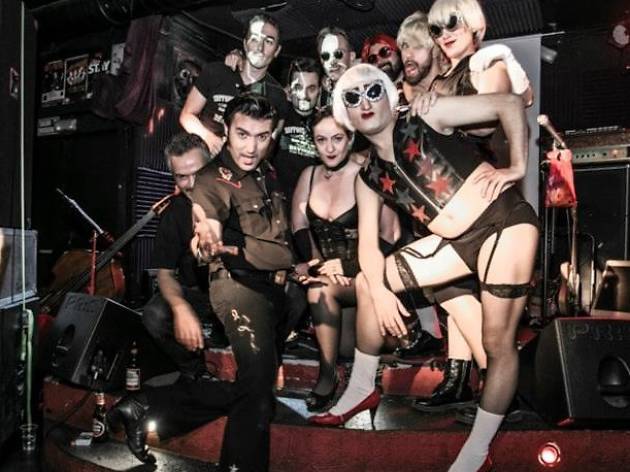 On October 31, nearly all Madrid's bars and clubs will have some sort of succulent discount that includes a free drink or shot if you come in fancy dress. Joy Eslava will be putting on a live Thriller show, and the decor will change for the night into that of a gothic castle. Siroco is putting on their Rocky Horror Dramakuin Show, with loads of surprises and a flash mob (oops... spoiler?). Be sure you come in a prize-worthy costume for the contest. And if you're more the sporty type, join in on the first Halloween Run, a nighttime run in the Hipódromo de la Zarzuela horse-racing track where you can participate on your own, in a group, with or without a costume. 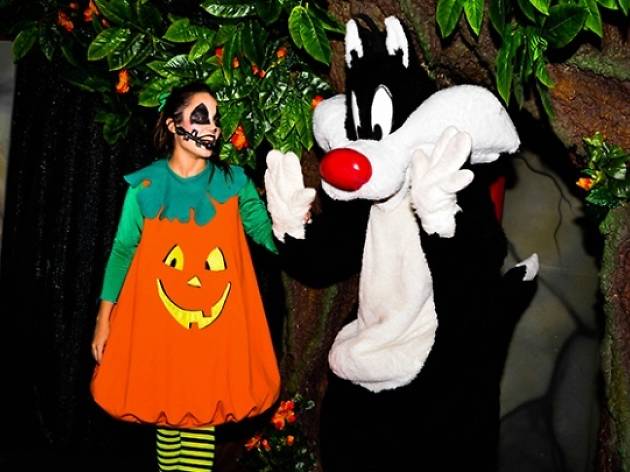 In all your excitement over your Halloween plans, don't forget about the kids. Costumes and themed parties are the best way for children to enjoy a fright-free Halloween. In the kids' area at the Parque de Atracciones NickelodeonLand, SpongeBob and Dora the Explorer are joined by little witches and scarecrows, and even an enchanted circus. The Parque Warner is putting on a big parade and a musical starring Scooby-Doo and friends. And if your kids like animals, the Madrid Zoo is where they can see lions, tigers, rhinos and more, as well as fill up their plastic pumpkins with treats.