The best things to do in Maui

The most idyllic of the Hawaiian islands? You be the judge. These are the best things to do in Maui right now.

If you close your eyes and try to imagine paradise, you’re going to be picturing something that looks a whole lot like Maui. A dream island in the heart of the Central Pacific, Maui is Hawaii’s second-largest plot of land but arguably the top dog for beaches and ocean-related excitement. That means snorkeling, surfing, paddling, and all the rest, but it can also mean sunbathing and sand-sleeping if that’s more your thing. You’re in paradise, after all, you can do what you like.

Maui’s seaside adventures steal most of the headlines but ignore the inland at your peril. You’re in volcano land now—this magical isle formed when lava flow from two different volcanoes merged—and the diverse landscape is as powerful as it is captivating. The best things to do in Maui are as much about how the land came to be as they are about how stunning the place is. Throw in innovative craft beer, delicious coffee, tasty regional food, and plenty of history, and that ‘paradise’ nickname doesn’t loo so lofty.

Things to do in Maui 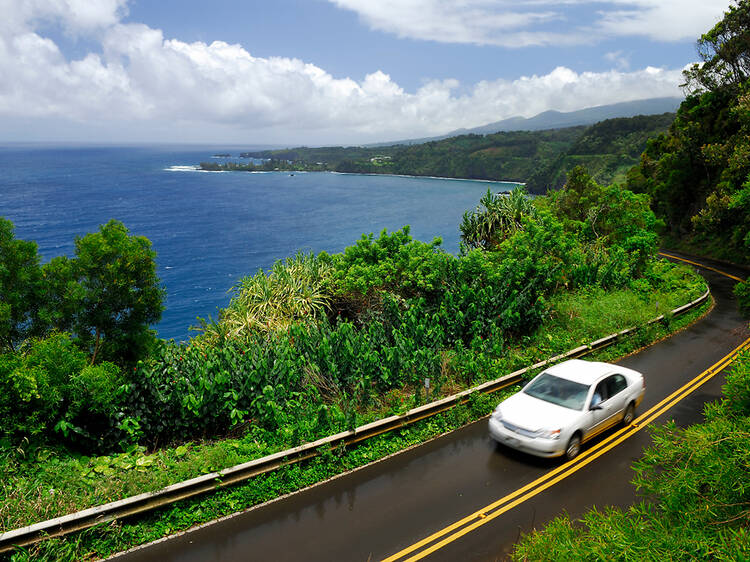 This scenic drive through Maui’s stunning seaside cliffs and alongside waterfalls should be on everyone’s bucket list. The 65-mile route takes time thanks to restricted speeds around treacherous curves and blind corners, so dedicate a whole day to this adventure. As you approach Hana, visit Honokalani Beach to walk along black volcanic sand and splash in the waves, then pop by one of the many food trucks for seriously good tacos. 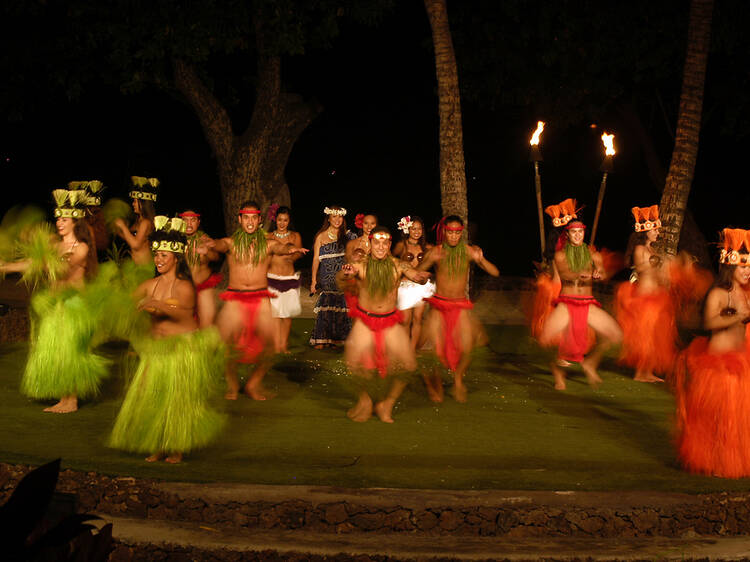 For the ultimate combination of island flavor and entertainment, book an evening at Old Lahaina Luau. This celebration honors tradition through energetic music and dance performances, and you’ll also enjoy savory dishes like Pipi Kōʻala—grilled steak with 'Alae salt, plus fresh poke, marinated chicken and flavorful salads while enjoying cocktails. All this plus panoramic ocean views and that famous Maui sunset. 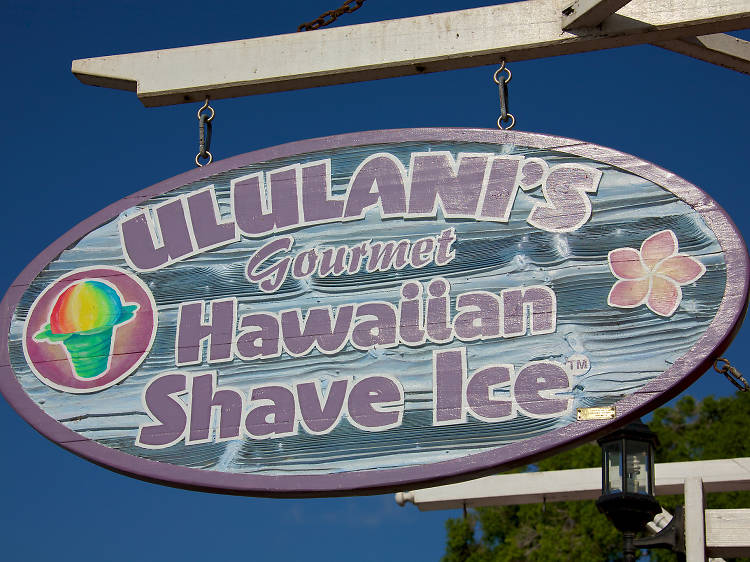 Offering more than 50 flavors, it’s impossible to choose one favorite shave ice topping, so go for three or more. Combine mango and guava with passion orange for a refreshing island favorite or try pineapple with coconut and lime for a sweet-tart treat. Pro tip: there is almost always an eager line of customers here, so try the beachside location at Hyatt Regency Maui Resort for a quick pick-me-up without the wait.

Not only is Haleakala Crater the location where, according to Hawaiian mythology, the demigod Maui lassoed the sun, but it’s also one of the most beautiful places you could possibly watch it rise. You really have to be up early to see this magic unfold, as it can take up to two hours to reach the summit and reservations are required to enter the district during wee hours. Bundle up: the Haleakala Visitor Center’s elevation is nearly 10,000 feet and much cooler than sea level.

5. Tour of the Stars

On a crystal clear night, Maui’s skies light up with a spectacular display. To fully appreciate the nocturnal majesty of this slice of paradise, take a guided astronomical tour hosted at Hyatt Regency Maui Resort and Spa. Spend the night stargazing with powerful telescopes while nibbling on chocolate strawberries accompanied by sparkling wine as the astronomy director shares stories of celestial navigation. 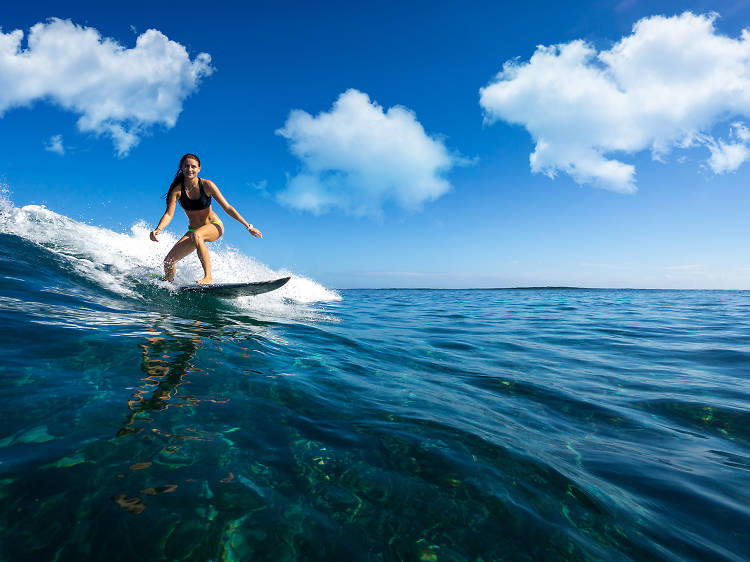 The instructors at Kaanapali Surf School are serious pros, but they’re also famous for encouraging first-timers. They’ll start off with a land-based lesson on technique and safety then follow you out into the break to guide your ride. Kaanapali’s waves are gentle and consistent, making this a great entry-level experience. Trust us when we say that there’s nothing like catching that first wave all on your own. 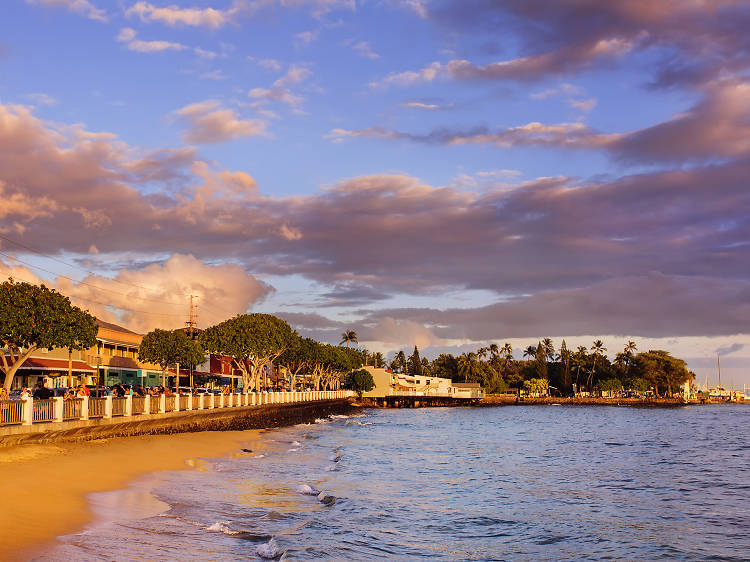 Explore more than 500 years of history over 65 sites in Lahaina Town. Start at Baldwin Home Museum, the oldest surviving house on the island of Maui, then visit a courthouse, lighthouse and more before arriving at the legendary Banyan tree. Over 145 years old, this massive tree has grown 16 separate trunks and, at 60 feet high, it is the biggest Banyan in the United States.

While wine tasting might be the last thing you imagined doing on a tropical island, Maui’s Ulupalakua Vineyards is a great excuse to take a scenic drive through Upcounty. Tour the estate to see historic buildings and learn why this was a favorite spot of Hawaiian royals King Kalākaua and Queen Kapi’olani. Taste a range of regular grape-based wino but make sure not to miss out on the pineapple wines unique to this area. 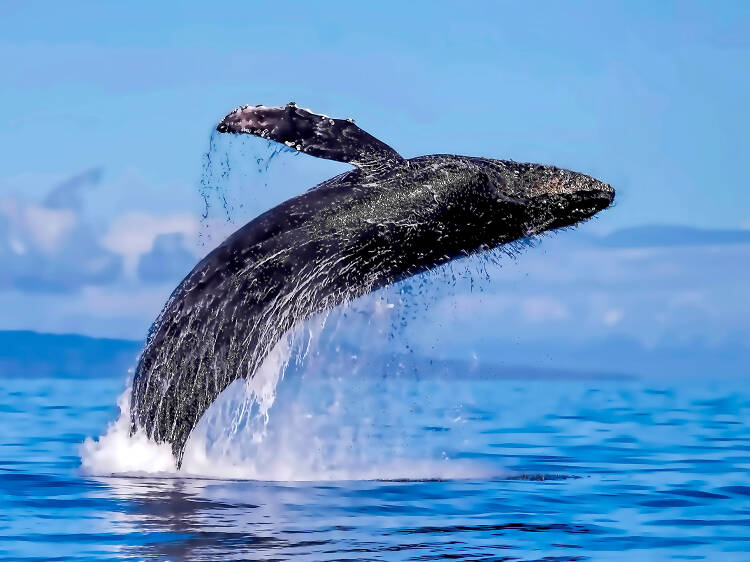 As of 2021, Maui Whale Festival celebrates 41 years of whale education and advocacy while giving the public access to amazing views of these incredible mammals during peak humpback season. Festivities include whale watching, film screenings, a craft fair and more.

Maui’s mountain and valley terrain is perfect for producing a balanced coffee bean and visitors will find a sensational cup at Maui Coffee Roasters in Kahului. From pour-overs to lattes, you’ll find the freshest harvest from local estates at this eco-friendly roaster. Savor a housemade crab melt for lunch and follow with a nitro cold brew for a dose of afternoon energy. 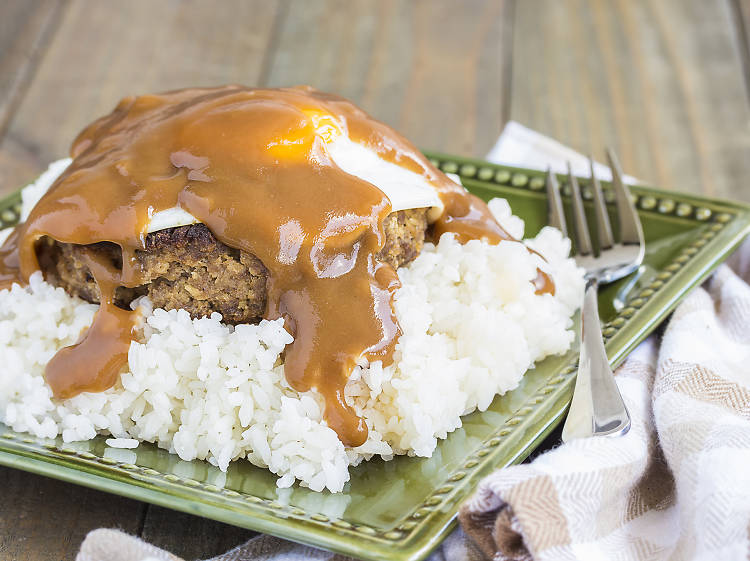 One of Hawaii’s must-try culinary treats is loco moco: a hefty serving of white rice topped with a full hamburger patty, a fried egg and thick gravy. This is serious comfort food and you’ll find variations of the delicacy at every turn. Chef Joey Macadangdang goes the traditional route with a powerful flavor punch at his quick-serve casual eateries. Pro tip: a winning combination is loco moco with Joey’s famous garlic chicken with a sweet soy glaze and sriracha aioli – just bring a companion with you.

Explore living reefs, see rare corals and check out a turtle lagoon at the Maui Ocean Center. Then watch sharks, rays and huge fish interact with each other as part of the impressive ‘Open Ocean’ exhibit, where guests wander through a glass tunnel and take in overhead views. One exceptional attraction at this immersive marine life experience is the 3D humpback whale sphere that will leave you in awe. 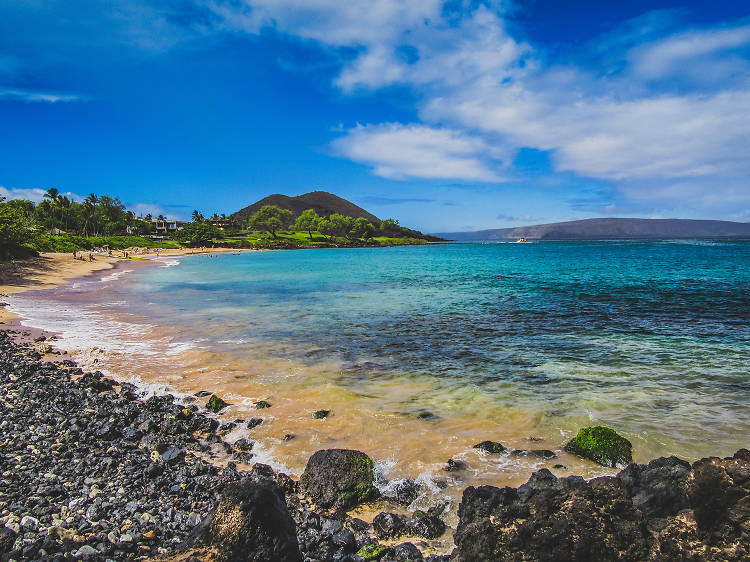 While you can find sea turtles at a few different beaches in Maui, the safest bet for spotting them is Maluaka Beach. Lovingly referred to as ‘turtle town’, this beach is home to a large population of Hawaiian green sea turtles. As an added perk: the beach is not often crowded, so you’ll also get to enjoy a leisurely ocean swim in calm waters. 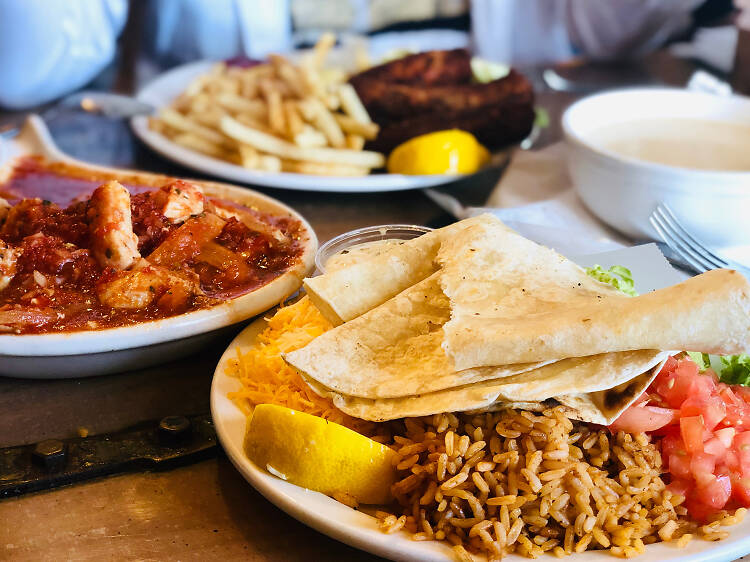 If you want to expand your culinary horizons via Maui’s bounty of seafood, head to casual eatery Paia Fish Market for an easy ordering experience. Try the mahi-mahi if in the mood for a flaky white fish or dig into opah, a Hawaiian fish that supposedly brings good luck. Once you pick your protein, you’ll get to choose its preparation: grilled, blackened, Cajun style or sautéed in butter and lemon.

It may seem odd to find penguins in Maui, but these African black-footed cuties are perfectly at home in warm climates. Seven quirky characters reside at Hyatt Regency Maui and, each morning, they put on an energetic display during their feeding sessions. Throughout the day, you’ll find them diving into their pond, showing off torpedo swim skills and cooling off in the shade. 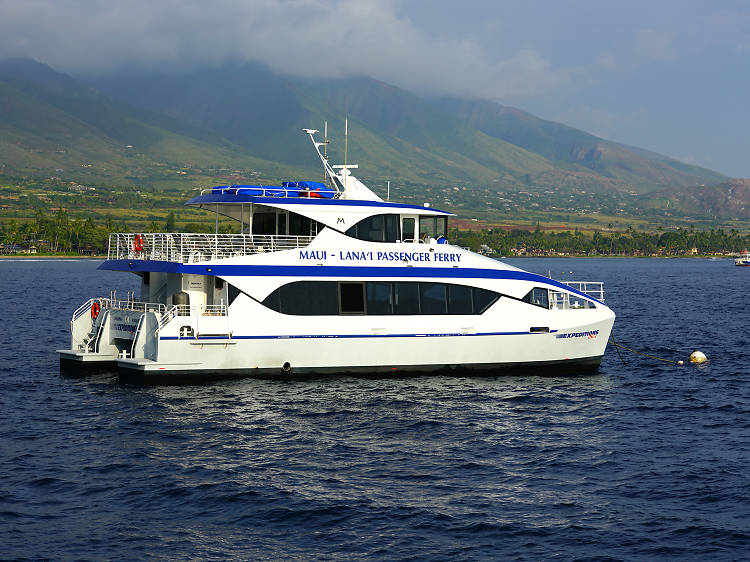 Hop on the passenger ferry connecting Maui with Lanai to expand your horizons—literally. While it’s the smallest of the state’s inhabited islands, this part of Maui County offers a full range of activities off the beaten path. Lanai is home to the ideal terrain for four-wheel excursions and horseback riding, though you’ll also find unique crafts and mouth-watering eateries in Lanai City. You might also want to visit the Lanai Cat Sanctuary to mingle with more than six hundred island kitties. 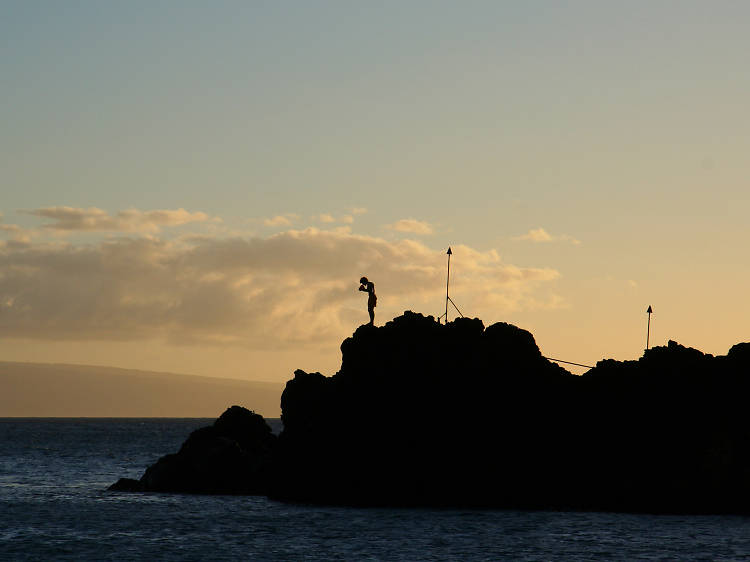 Chief Kahekili, a Maui king in the 1700s, dove from the top of lava rock cliffs at Puu Kekaa – commonly referred to as Black Rock – and into the ocean waters below. This tradition is reenacted with a free sunset torch lighting ceremony before a warrior diver takes that same grand leap. If you feel brave, head over in the daytime to try this cliff dive yourself, or snorkel the clear waters below to see a great selection of sea life while others belly flop.

18. Made in Maui Festival 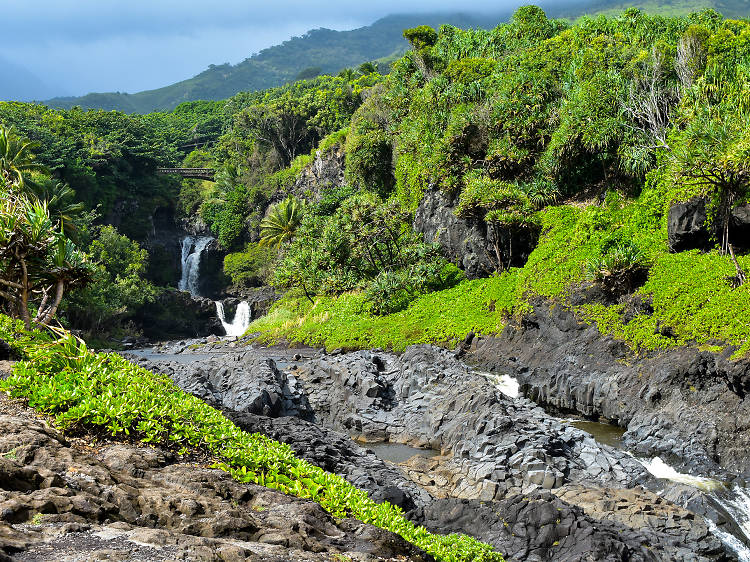 Nicknamed ‘seven sacred pools’, the Pools of 'Ohe'o provide the swimming experience of your dreams. Surrounded by a lush rainforest and bamboo trees, this series of cascading waterfalls and natural pools is East Maui’s most popular attraction. Tip: visit on a sunny day as during wet weather the area is closed off for safety. 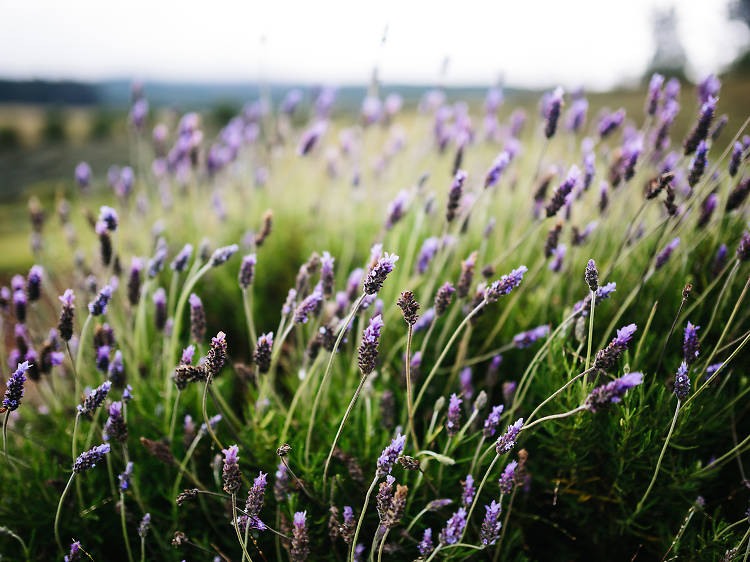 For a completely different vibe to that of Maui’s beach scene, head inland to ranch country and visit Ali'i Kula lavender farm. General admission is only $3 and a free self-guided walking tour offers sweeping views of the island and gardens. When you're done wandering the grounds, shop the on-site market for aromatherapy goods and lavender honey.

Forget walking: the best way to experience the rolling hills of a Maui pineapple plantation is to ride through them by horseback. Saddle up at Ironwood Ranch in Napili and you’ll soon be giddying-up through rain forests, green mountainsides and (yes) pineapple fields, like a regular Hawaiian ranch hand. 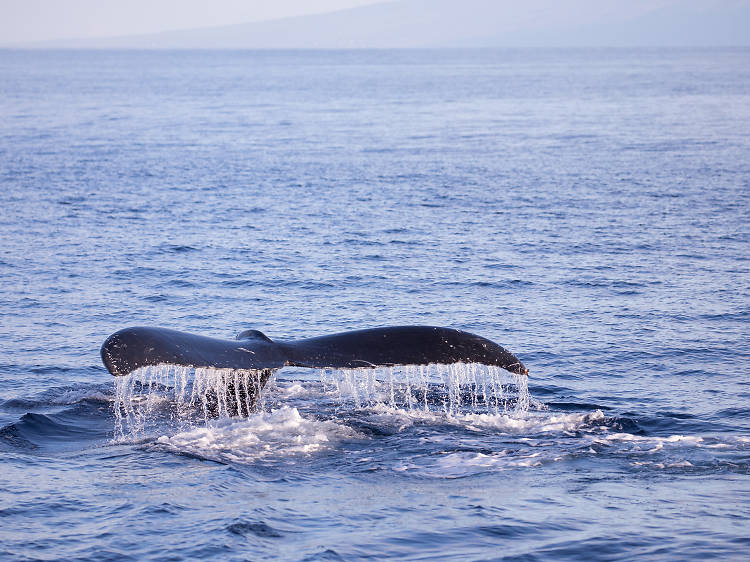 It’s impossible not to fall in love with Maui’s marine and wildlife while snorkeling or sailing around the island. To make a positive impact during your visit, consider volunteering with Pacific Whale Foundation, even for just a few hours. Options range from debris monitoring to coral reef protection, and you’ll gain a broader appreciation for these precious ecosystems combined with the buzz of knowing you actually did something helpful with your holiday. The best restaurants in Maui

Maui's best restaurants boast influences from the many diverse heritages of the island’s population, spanning Japanese to Filipino and Chinese; modern Maui cuisine is something that you’d be hard-pressed to find off the island.