When will gyms in Miami reopen? Here’s what we know.

While many business owners are eager to reopen, gyms may not be ready to welcome clients for some time.

We’re two months into lockdown and, for some, the Quarantine 15 is a real thing. You know, the extra pounds you put on ordering takeout from Miami restaurants and baking banana bread. But unless you plan to double-down on your at-home workouts, you’ll be holding onto those extra lbs a little longer than expected.

According to the plan outlined by Florida’s governor, gyms are likely not to due reopen until phase three. It’s an unclear timeline that’s keeping everyone guessing. Based on Miami-Dade’s target date for phase one—May 18—some might assume it won’t be another month or more until phase two and three kick in. It’s a nebulous space that local gym owners are continuing to watch closely and prepare for early: from drafting full-blown strategies to rehiring furloughed staff to consulting with clients.

Jessica Alier, who owns Pure Barre Miami in Coral Gables, is one of the many taking cues from her students. A few weeks after launching live classes on Facebook, she reached out to students with a survey. "We really want to gauge how people are feeling before we make a decision on when we’ll open, but the feedback we received was kind of in the middle," she says. Less than 40-percent said they’d be comfortable taking a class in the studio, about 10-percent said they would not return immediately and the remaining half of responders were undecided. "I think people are still nervous—maybe it’s too soon," said Alier, who definitely wants to open as soon as the government gives her the go-ahead. Morphe Life Fitness’ Roberto Santamarina is another small business owner who’s eager to get back to work. "I’m waiting on the city to give me the green light to reopen. Morphe has always made being clean and staying healthy a top priority, and we’re looking forward to opening our doors once again," he says.

Sanitation is the number one thing on everyone’s mind. Nearly every person we spoke with agreed on several new measures, including restricting the use of outside equipment or personal items inside facilities; increasing the frequency that spaces and equipment are cleaned and making space to ensure people remain at least six feet apart. "When we do open, we’re going to have to map it out so that people are 10 feet away because that’s the distance it takes for particles to travel when you sneeze," said Alier, who will also abstain from using items like dumbells and exercise bands in the beginning stages to help prevent contamination.

Gyms can be germy places but that doesn’t mean they’re any less safe than retail stores or other venues anticipated to reopen sooner. With increased safety measures in place, some people argue that working out indoors could be safer than breaking a sweat outside where not everyone practices social distancing. "We take cleanliness really seriously, from wiping down equipment to doubling sanitation station," says Jessica Santiago, a former instructor at Solidcore and Flywheel. "The new standards set by corporate are going above and beyond." For instance, at Solidcore’s Miami studios, the machines will be staggered facing opposite directions, coaches will no longer provide hands-on adjustments and there will be more time allotted between classes. Scheduling and capacity will be another major change across the entire fitness industry, as mega clubs like Equinox, which are used to drop-ins, will be requiring members to book their 90-minute appointment before heading to the location.

As far as safety measures go, it seems few can agree on the use of face coverings. Santiago can’t imagine teaching a class wearing masks and gloves ("it’s already hard to get students to hear you,") while Alier warns against the dangers of wearing them in class. "People can wear masks to the studio but we won’t recommend one in class—you can suffocate," she says. Santamarina, however, will be encouraging their use. "Wearing masks will be suggested unless you have a hard time working out with one," he says. All that’s left is for the CDC to weigh in when the government gives the green light to reopen.

One thing is for sure, no matter what the future holds for gyms, online classes won’t seize to exist. Training via Zoom will be as much a part of this new normal as exercising 10-feet away from someone in a studio. "We’ve been working out at home for two months now, people have their makeshift setups and they’re realizing they can do it on their own," says Santiago, who predicts their popularity will persist for at least another year. "People need to feel comfortable and know more about protecting against the virus before stepping out."

Find out more about life after lockdown 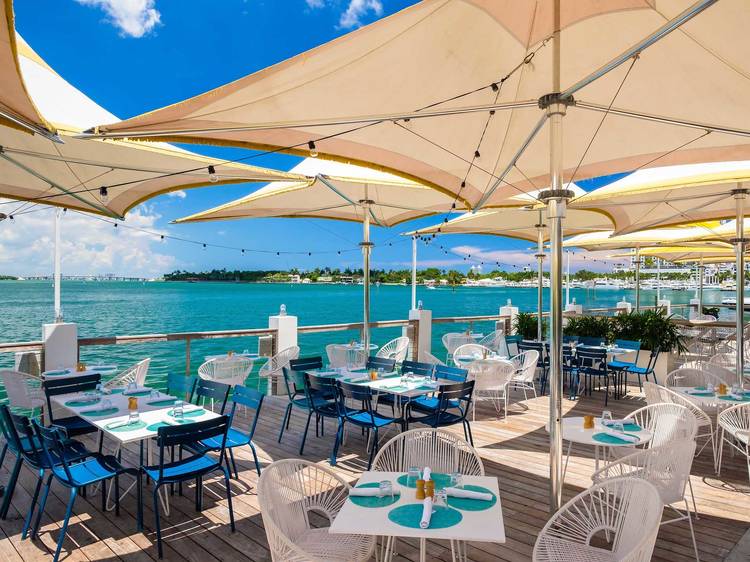 When will Miami restaurants and bars reopen? The answer is complicated.