Villeray, Montreal: The Ultimate Guide to the Neighbourhood

Discover the community vibes, superb food and drink, and more with this neighbourhood guide to Villeray, Montreal. 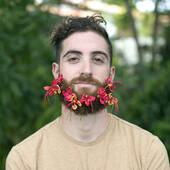 What's the deal with Villeray?

Once farmland and a humble village of 800 residents who mostly worked in nearby quarries, Villeray has completely transformed since being annexed into Montreal in 1905, becoming one of the best neighbourhoods in the city. And it’s easy to see why. Villeray, located northwest of downtown roughly between Hwy 40, Papineau, Jean-Talon Street, and Jarry Park, has those charming-as-hell windy staircases in front of ivy-covered stone houses and not-too-busy streets that make it an idyllic place to call home and—increasingly—a place to eat and have fun.

It also has a strong community vibe amplified by a vibrant patchwork of cultures that spill over from neighbouring Parc-Ex, Saint-Michel, and Little Italy. Try taking a stroll on St. Hubert street, past remnants of the bright neon lights that shined into the night in the 1960s, to see that patchwork in action with every address telling a different story, from garment shops and iconic Peruvian restaurants like Sol y Mar to vintage stores and Quebecois dive bars.

With so much in one place, there’s little reason to leave Villeray if you live here, and every reason to spend a good chunk of time if you don’t.

With one of the harshest lockdowns in North America, Montrealers desperate to leave their pandemic dens for a breath of fresh air flooded Montreal parks, especially Jarry. If you're a local who didn’t go to Jarry Park for a BBQ and a game of pétanque—a French version of Bocce ball—or to check out a band playing under the famous gazebo once in the summer of 2021, what did you even do during lockdown?

Now that things are open, Jarry Park is also home to beach volleyball and soccer leagues, a popular swimming pool and the IGA Stadium, home to the National Bank Open in August and the focal point of the city’s growing tennis culture led by 2021 US Open finalist Leylah Fernandez and semifinalist Felix Auger-Aliassime. If you just want to relax, don’t forget to bring a picnic, complete with baguettes or croissants from Boulangerie Jarry or gelato or Italian sandwiches from one of Villeray’s latest restaurants, Rose.

Veer off Villeray’s main streets and into the heart of the community along one of the neighbourhood’s more than 20 ruelles vertes, alleyways lush with plant life in the summer and snow sculptures in the winter. Or hop on a bike and head to the massive 192-hectare Frédéric-Back Park in nearby St. Michel, which has an 8 kilometre-long bike path that’s lined with strange, alien-like spheres (fun fact: the spheres are used to capture biogas released from the former city dump underneath the park before it’s sent to a power plant to produce electricity).

Otherwise, a cold pint shoulder to shoulder with locals at a St. Hubert dive bar like Bar 8004 to cheer on the Habs is never a bad idea.

Immerse yourself in the community by walking along Place de Castlenau, a pedestrianized street with colorful public art, stopping for an ice cream hot dog at Les Givrés or to taste local products at Magasin Général, an eye-catching shop whose walls date back more than a century with a great selection of artisanal local products, including over 40 non-alcoholic drinks like beers and gin. Afterward, head up to Jarry Street to recharge at hipper than hip café Oui Mais Non before dinner on the church-facing terrasse at Knuckles, a modern Canadian restaurant with a fridge full of rare natural wines and tasty dishes like the owner’s grandmother’s recipe for panzerotti.

Get equipped for your next winter outing with a visit to Poubelle du Ski, a humongous gear store where you can rent cross-country skis for the year if you’re hesitant to buy. For a cozy night in, pick up a board game at La Boutique Randolph, but for a cozy night out, there’s always candle-lit Spanish tapas at Tapeo.

You’ve heard of Cirque de Soleil and Quebec’s long tradition of circus, right? Well, the center for circus performances in Montreal is TOHU, which is located just outside of Villeray in Frédéric-Back Park. Near that, Théâtre aux écuries is the place to go for French-language plays, comedy shows and more.

Villeray might be known primarily as a residential neighbourhood, but don’t tell that to the huge nightly crowds at Miss Villeray, where locals go for a great time. Over on St. Hubert, wind back the clock to a classier time at Bar Le Record for a cocktail in 50s-era Mad Men-style digs. Otherwise, EtOH Brasserie has the best selection of craft beers and ETNA has your pick of natural wines.

There is no shortage of places to sip a tasty latté or espresso in Villeray. Seriously, it might be the best neighbourhood in the whole city for quality cafés. Among them, Café Vito is a classic for traditional Italian espresso while Saison des pluies is the spot for new-school third-wave brews, and for a scrumptious pastry or rustic loaf, pull up a Parisian-style chair and try whatever’s fresh at Le Pain dans les Voiles.

If you want to explore even more of the city

Villeray is one of Montreal’s best-connected neighbourhoods with a whopping five metro stations, including Jean-Talon, which connects to the orange and blue lines. So hop on the metro towards Côte-Vertu to Mont Royal for a hike up the mountain, or go west on the blue line to visit Montreal’s highest building, Saint Joseph’s Oratory.

Just steps from the southern frontier of Villeray is Jean-Talon Market, one of Montreal’s must-do attractions and a year-round spot for the season’s freshest produce, whether it's batons of brussels sprouts or bins full of fresh berries. Jean-Talon also does prepared grub, from huge oysters on ice at La Boite aux Huitres and seasonal pop-ups to savory and sweet crepes at Crêperie du Marché and amazing tacos from El Rey del Taco.

Walk a few more steps south and you’ll be in the heart of Little Italy, home to charming tree-covered streets and some of the city’s best pizza. And if you cross Jarry Park, you’ll be in one of Montreal’s most multicultural neighbourhoods, home to a plethora of bring-your-own-wine Indian restaurants and authentic Greek spots.

The best of things to do, eat, drink, and see in Villeray 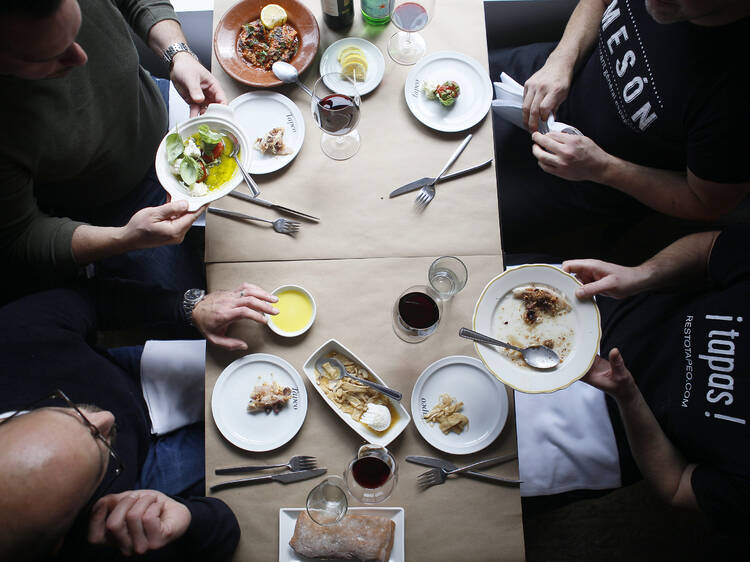 The best restaurants in Villeray

Villeray’s attracting a steadily increasing number of big players in Montreal’s restaurant scene while already touting some long-time classics. While Méson, Tandem and Le Petit Alep are all examples of longstanding destinations, newcomers like the pan-African Mokili, Ma Poule Mouillée successor ​​Cantine Emilia and the pandemic survivor Lundis au soleil are behind some newly-injected vibrancy. The selection of Italian restaurants in particular also turns some heads northward from Little Italy, as this area’s home to must-eat spots like Moccione, Knuckles and the Impasto crew’s Vesta.

Welcome to the best of them. 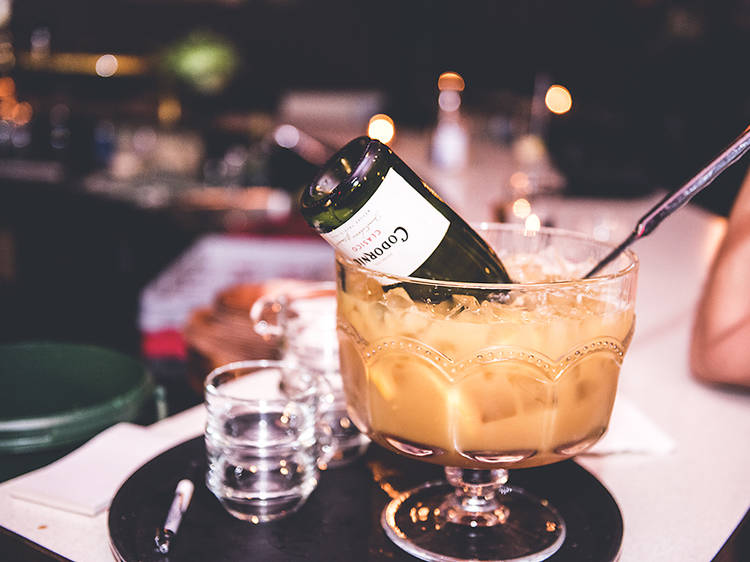 The best bars in Villeray

Given Villeray’s size, it’s more about quality than quantity when consider who’s pouring the freshest beers, mixing the best cocktails, and curating a top wine lists in this neighbourhood. Those who make out cut for watering holes worth a visit in Villeray, however, are without question great addresses to hit up. From swanky to sultry, we’ve got a list for you that covers the full spectrum. 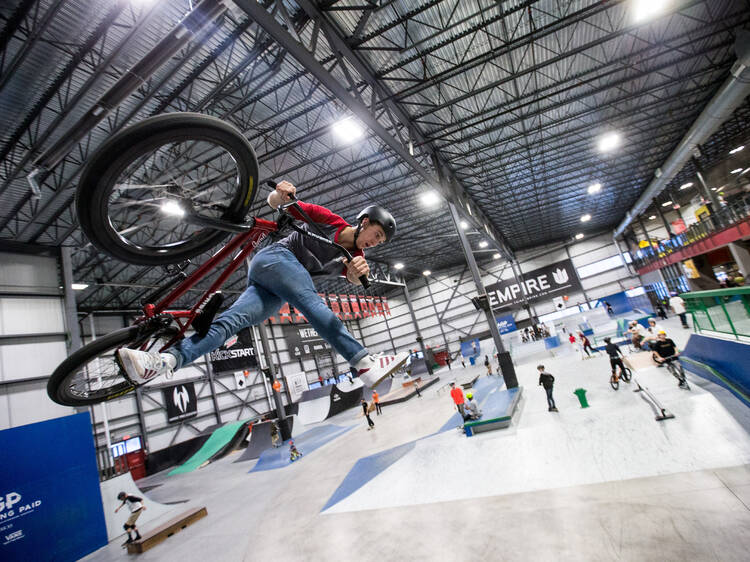 The best things to do in Villeray

What if we told you that this neighbourhood's proximity to five different metro stops doesn't matter? That you don't need to go anywhere outside Villeray's borders because there's more than enough to see, do, and experience within its relatively small 16.5 square kilometres? With its walking distance to multiple attractions, shopping options, performance venues, and green spaces worth trips in both summer and winter, Villeray's got more than enough going for it.