"Like, why are people so fascinated with watching the end of the world?"

I overheard this conversation between two Sundance patrons as I waited in line, having come from one film in which things fell apart—only to find myself prepping for another end-of-days parable. People like to pick scabs; they can't help themselves. And in a sense, that's what these what-if movies are: collective nightmares that we revisit and replay in the form of vicarious worst-case scenarios. It could all go away, so easily. The veneer of social civility goes poof, everything we count on disappears, our loved ones suffer, and we're left helpless. It could drive a person crazy.

This is the rough notion that fuels Jeff Nichols's Take Shelter, a doom-marinated drama that offers a first-row seat to one man's apocalyptic anxiety and psychological bust-up. Staring up at the sky as a nasty Midwestern storm brews, a construction worker named Curtis (Michael Shannon) radiates dread. Something is definitely troubling him: Maybe it's those dreams he's been having, the ones filled with strange people attacking his five-year-old daughter. Maybe it's the motor oil that's seemingly raining down from the sky. Maybe it's the flocks of birds flying in odd, helixlike patterns. By the time he starts building an underground survival space in his backyard, his long-suffering wife (Jessica Chastain) thinks he may truly be losing his marbles. Us, we're not so sure that his hallucinations aren't omens of some bona fide bad juju on the horizon.

Is Curtis a paranoid schizophrenic or a prophet? When you've got someone like Michael Shannon playing your head-tripping hero, it's not an easy call to make. And in his second collaboration with Jeff Nichols (Shotgun Stories), the actor proves that nobody does moody or mentally unstable better. You're never sure whether he's more scared that he's going crazy, or worse, that he isn't, and as the visions start to get more vivid, Shannon lets you see each seam slowly unraveling.

Slowly, that is, until Nichols gives his star a big "There's a storm a-comin'!" screamfest, which is when Take Shelter begins to lose its carefully cultivated cool. Even as the third act starts to push the narrative into Twilight Zone territory, the sense of this-is-the-way-the-world-ends that Nichols & Co. channel gets under your skin and burrows there. Someone might go nuts fixating about the final rolling of the existential credits—but sanity doesn't mean things won't still go out with a biblical bang. 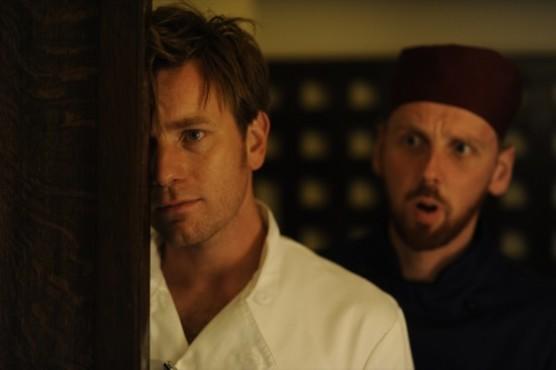 The final lap of humanity doesn't kick off in the form of divine meteorological retribution in David Mackenzie's Perfect Sense; it's a pandemic that eventually dims the light on our tenure here. Specifically, a mysterious ailment that, without rhyme or reason, begins robbing the world population of one sense at a time. These ailments are preceded by uncontrollable waves of emotions—grief, rage—or instinctual blowouts like a feeding frenzy, then poof. Gone. You can't smell anything. Ever. Again.

Did we mention there's a love story in here as well, between Ewan McGregor's commitmentphobic chef and Eva Green's scientist, whose hot-and-heavy humping sessions seem to be keeping her from her work? (We realize that getting it on with McGregor probably takes precedence over everything else, but if the world is beset with a crippling disease, maybe you could put in a little more lab time?) But the focus is all part of Mackenzie's master plan, in which the end itself is less important than how we retain our humanity and still try to connect when the shit hits the fan. "Life goes on," is a constant refrain, as people lash out, lose one way of processing the environment and then start from scratch.

If this sounds silly, it is; Perfect Sense is also the most sensual dystopia movie you're likely to see, however, which complicates things. Mackenzie has a knack for amping things up and overwhelming you with tricks—color, volume, visual textures—that help emphasize what you miss when they disappear. I can't think of a movie that's balanced the utterly ridiculous and the profound with such panache, or that's inspired me to roll my eyes and dab them simultaneously. When I've mentioned my admiration for its hyperstylized, manipulative yet oddly moving fade-out, my fellow critics ask me if I'd gone crazy. No, I've just let myself drink in Perfect Sense's touchy-feely vibe and ended up surprisingly sated. I'm not crazy. Though those visions of angry storm clouds I keep seeing does make me wonder.