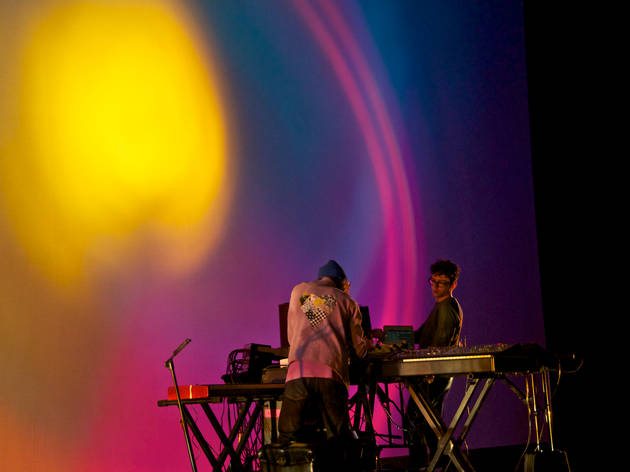 Liquid-light mastermind Joshua White, creator of the Joshua Light Show, landed a pretty sweet gig back in the ’60s: crafting tripped-out visuals in real time to accompany performances at the storied Fillmore East. This past weekend, White returned to downtown Manhattan to reprise the JLS at NYU's Skirball Center for the Performing Arts, with help from various contemporary sonic avant-gardists, including neopsych bigwigs Benjamin Goldwasser and Andrew VanWyngarden (you might know ’em as MGMT). TONY photographer Ben Oxenburg was on hand to capture their collaboration on Saturday night; we'll leave it up to you to imagine any telltale odors.… RECOMMENDED: Full coverage of concerts in NYC 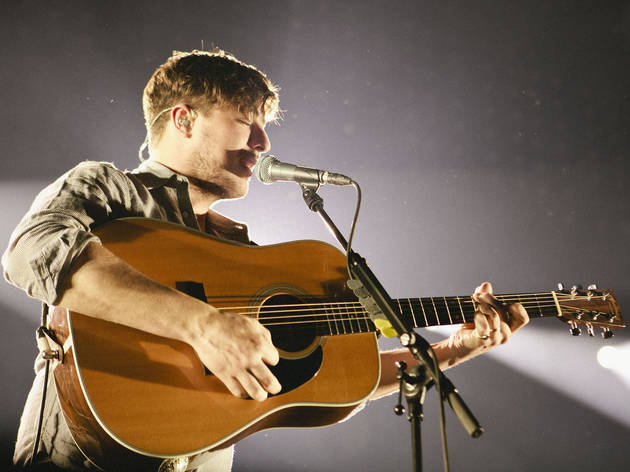 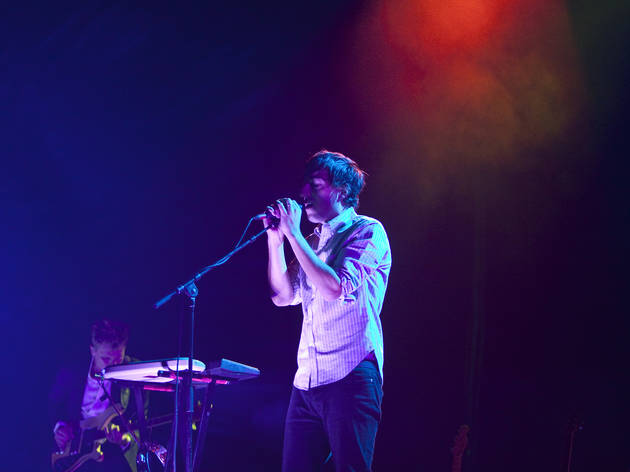 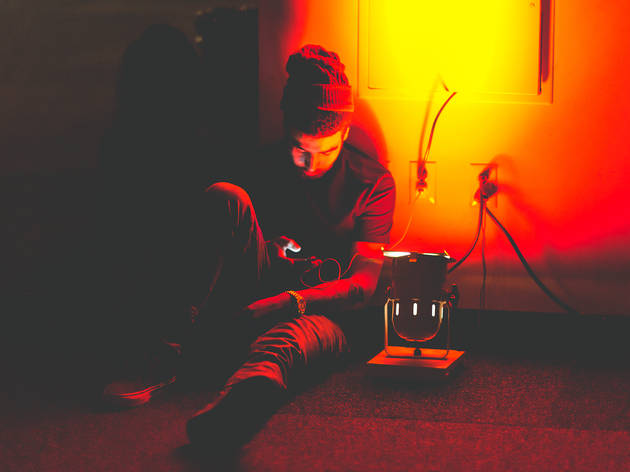 The New York edition of U.K. festival mainstay All Tomorrow's Parties may have managed to find a permanent home at last, at Pier 36 on the Lower East Side. Curated by Afghan Whigs frontman Greg Dulli, the fifth edition of the fest—this year titled ATP: I'll Be Your Mirror—was as cozy as it was lively. Day One's lineup on Friday, September 21 (above) was typically impressive, featuring a composer collaboration between Philip Glass and Tyondai Braxton, plus Rhode Island noise-rock duo Lightning Bolt. R&B mastermind Frank Ocean took the top slot; resplendent in his signature red-and-white headband, he performed from his super buzzed debut, Channel Orange, tossing a couple of faves from last year's mixtape Nostalgia, Ultra into the mix. Day three highlights (below) included the Album Leaf, Hot Snakes and the Lee Renaldo Band. TONY photographers Loren Wohl and Ben Oxenburg captured the indie blowout. RECOMMENDED: Full coverage of concerts in NYC 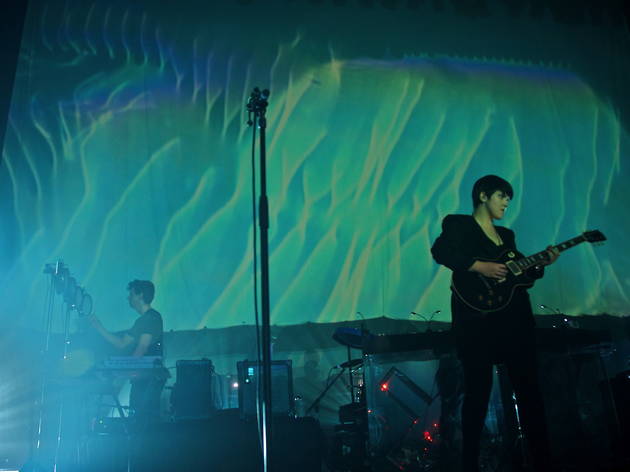 Slinky London trio the xx last night touched down at hulking midtown megalith Terminal 5 for a packed-to-the-gills sold-out show. The band is playing a handful of international dates in advance of its forthcoming album Coexist, before returning to NYC in October for a Bronx blowout. Fans sang along word-for-word to show opener "Angels," the xx's new single, and greeted songs from debut album xx with roars of appreciation. The group's newer material sounded clubbier (thanks in no small part to beats man Jamie Smith) but no less sultry, the voices of singers Romy Madley-Croft and Oliver Sim melting together. TONY photographer Ben Oxenberg braved the oxygen-starved fog to snap these pictures. RECOMMENDED: Full coverage of concerts in NYC 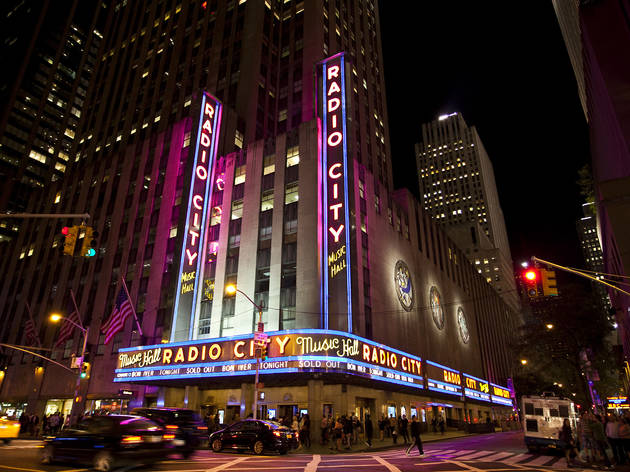 You know it, they know it—in the past year, Bon Iver has gone from indie stardom to mainstream hugeness. Since the band's 2012 Grammy win, which saw "Bonny Bear" trending on Twitter, Bon Iver is now a familiar name on the charts. And so Justin Vernon's Wisconsin collective began a four-night run at Radio City Music Hall on Wednesday. According to Vernon, these are Bon Iver's last U.S. dates for the foreseeable future, which explains why the band pulled out all of the stops for these shows—which on Wednesday featured movie projections, earthy blue and green lights, candles and lace curtains. Vernon was joined by eight musicians, including two drummers, a violinist and four horn players, and the band opened with the ethereal  "Perth," working its way through the best of the best from both For Emma, Forever Ago and Bon Iver, Bon Iver. Bon Iver rounded out the set with the anthemic "Beth/Rest" and returned for an encore with the now-classic cut "Skinny Love." Vermont singer/songwriter Anaïs Mitchell opened the show. It's fair to say that the full house at Radio City (which included celeb couple Jason Sudeikis and Olivia Wilde) was held in a dreamy haze for the duration. TONY's Virginia Rollison was there to capture the magic. RECOMMENDED: Full coverage of concerts in NYC 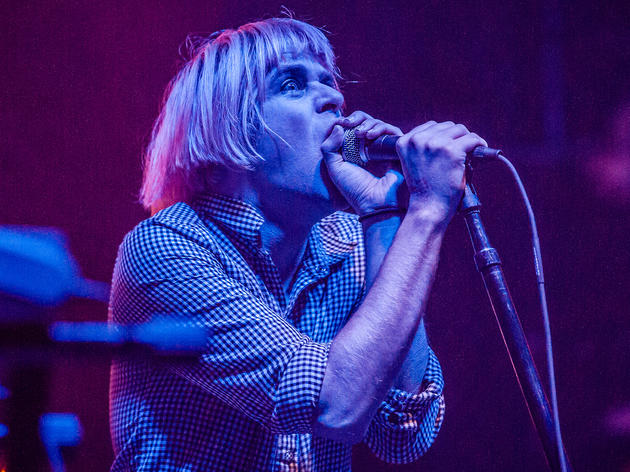 Last time we wrote about Ariel Pink, he was busy working on his 4AD album Before Today. On Friday, the lo-fi L.A. popster hit New York City with a new record, Mature Themes, in tow. Joined by Brooklyn girl group TEEN, Ariel Pink and Haunted Graffiti supplied a hearty dose of psychedelic pop: Kicking things off with "Symphony of the Nymph," Pink jammed out to most of Mature Themes and was as outlandish a presence as ever onstage. TONY's Wagz2it captured the far-out fun. RECOMMENDED: Full coverage of concerts in NYC 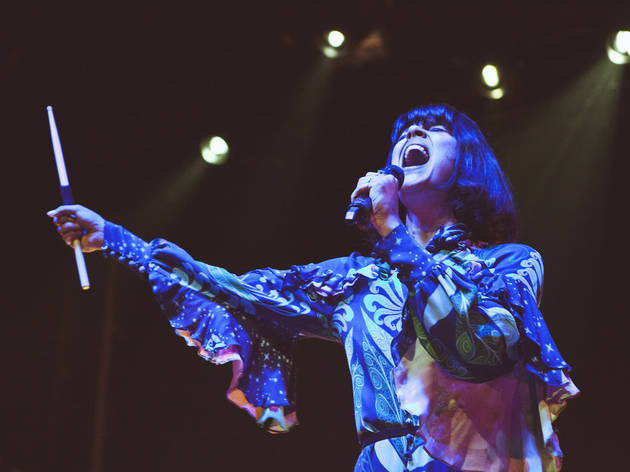 Taking a little break from her tour supporting Depeche Mode, the U.K.-born songstress Bat for Lashes celebrated Labor Day weekend last Friday night with her own headlining gig at Webster Hall. Photographer Virginia Rollison caught the ecstatic performance by the singer, who seemed to still be glowing from the overwhelming success of her 2012 record, The Haunted Man. San Diego band Barbarian opened. Bat for Lashes will be back in New York supporting Depeche Mode at their Barclays Center show on September 6.  Download The Haunted Man on iTunes    Download The Haunted Man on Amazon RECOMMENDED: Full coverage of concerts in NYC What are your thoughts? Let us know in the comments box below or tweet us at @TimeOutNYMusic. 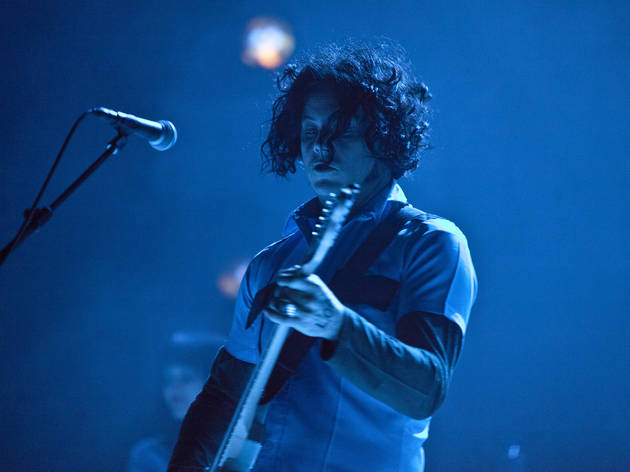 And we always thought he was such a nice boy.… Seriously though, one of the things that was so striking about Jack ’n’ Meg White back in ye olde days of the White Stripes was that the pair seemed to behave with the kind of old-fashioned good manners rarely seen in the pop world. But on Saturday, White sparked outrage when he left the stage at Radio City after playing for less than an hour. Earlier in the show, he'd complained about the audience's lukewarm response, saying: "Jesus Christ, is this an NPR convention?" But then later, he asked the audience to quiet down because he couldn't hear himself think. What surprises us the most, however, is that he returned to Radio City on Sunday night to play his second show, no questions asked. TONY snapper Virginia Rollison was there, poised with camera. RECOMMENDED: Full coverage of concerts in NYC 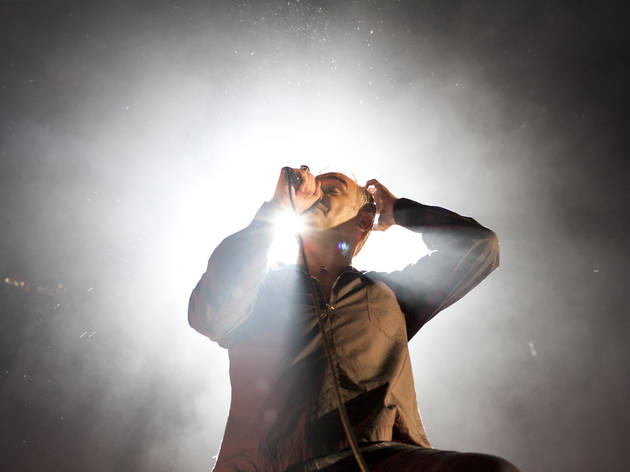 For New York's Morrissey fans—all of whom, it seemed, were crammed into Terminal 5 for the first sold-out show of a two night run—Friday's gig was a dream sent from the heavens. Morrissey opened the show with a pristine take on Smiths classic "Shoplifters of the World" and ran through such solo hits as "You're the One for Me, Fatty," "You Have Killed Me," "Let Me Kiss You," and—gasp!—"Everyday Is Like Sunday." Moz fans at the front of the crowd thrust their arms out toward their hero, who responded midway through the show by whipping off his sweaty shirt, rubbing it against his torso, and throwing it to the jackals—sorry, fans—who fought over it for some time. He also delivered a find performance of "Meat is Murder," lying curled up on the stage while shocking images of factory farm brutality were beamed onto the giant screen, and played a divine "Still Ill" as his encore. Sir, we salute you. RECOMMENDED: Full coverage of concerts in NYC