The best clubs in Orlando

The best clubs in Orlando showcase the city’s diverse nightlife scene, which caters to all types of night owls 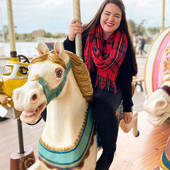 What happens when the sun goes down over the theme park-dotted landscape that is Orlando? Well, the city comes even more alive after dark – just head to one of the best clubs in Orlando to see what we mean.

Night owls can find a distinct range of clubs in the city, from a plethora of pulse-pounding EDM hubs to some of the country's most famous LGBTQ+ havens. There’s even a classic country club, if you’d rather giddy up than get down. And while the Orlando nightlife scene is plenty fun, don't expect Miami or Vegas levels of outlandishness and parties that go until brunch the next morning.

While most clubs in Orlando are found downtown, there are a few hot spots to shake your money maker in the resort areas as well as the up-and-coming indie enclave Ivanhoe Village. So if you're ready to dance the night away, here are the best clubs in Orlando that are worth the cover charge.

RECOMMENDED: Full guide to the best things to do in Orlando

A downtown staple, this unassuming three-tier hangout with two dance floors spins music as eclectic as the crowd – hip-hop, house, Motown and New Wave all hold space on the dance floor – and the reasonable prices mean you’ll still have money left over to spend on quintessential hangover-preventing fare at the nearby food trucks. It’s an unpretentious local favorite, free of velvet ropes or bad attitudes.

A nightlife staple for more than a century, The Beacham has hosted the likes of Elvis, the Ramones, Pretenders and DJ Khaled. A concert venue on most nights, the space turns into downtown's largest nightclub on the weekends, attracting a young crowd with two dance floors populated by dancers and DJs spinning mostly hip-hop and rap. If you've got the cash, opt for VIP service, which comes with a private security and servers.

Who can resist an open-air club? Orlando’s sexiest rooftop venue takes full advantage of the city’s climate and striking skyline. DJs spin mostly EDM and house (with a touch of Top 40), but Aero’s cozy cabanas make for a welcome reprieve from the laser-lighted dance floor. Sundays bring a more casual vibe, with old-school, reggae and Top 40 hits to dance and sing along too. Drinks are cheap throughout the week and the music and view are what will keep you coming back for more.

Part of the Orange Avenue entertainment complex that includes The Beacham, 64 North and The Patio/Jungle Room, The Social’s intimate setting and laid-back vibe consistently make it a local fave. While the venue typically hosts a wide array of concert acts, it later morphs into a lively club connected to sister spot 64 North. There may be no line, but that doesn't mean that the party hasn’t already started inside.

The club-iest option in the Wall Street Plaza nightlife complex, Shine has all the elements you’d expect – a bumpin' dance floor, state-of-the-art audio and lighting systems – without any ego. DJs spin a mix of crowd pleasers inside the steampunk-style venue with a large dance floor. Plus, you can easily duck out and dip into one of Wall Street Plaza’s six other venues, including super-fun tiki and sideshow-theme bars.

While it's not the oldest, Southern Nights is definitely the wildest LGBTQ+ club in Orlando. When local drag queens and superstars from RuPaul's Drag Race aren't performing on stage, DJs spin a dizzying array of tunes, and dancers keep the crowd hyped. The atmosphere is inclusive – everyone is here to dance their butts off and not be judged. Plus, the club often hosts events that are 18+, which is rare for clubs in Orlando.

7. The Patio and The Jungle Room

Think of The Patio and The Jungle Room as a two-for-one, each with a unique atmosphere. Step into The Patio for stunning city views, foam, and bubble machines. Then venture into The Jungle Room to be greeted by light-up bar tops and a hidden, black-light chalk room. Old school hip-hop and Top 40 hits are played throughout both spaces.

Orlando’s longest-running EDM club, The Attic features a mix of both local and international acts. The intimate setting is less about poppin’ bottles and posing for IG pics than other nearby clubs, making The Attic a solid choice for true music fans (and the space boasts premier audio and visual systems). Those looking for a more extravagant experience should consider getting the VIP bottle service for the night.

Parliament House and Southern Nights amass most of the attention from the LGBTQ+ community, but don't underestimate Savoy. The multi-room gem is located in quaint-and-cool Ivanhoe Village. In addition to the desirable location, the club is home to the renowned Men of Savoy dance group, a reason to visit in and of themselves. When you’re ready to hop to a new club there are more than 40 other hotspots within a couple of walkable miles of Savoy.

It’s not as mammoth as other clubs on this list, but Gilt consistently books both top and fan-favorite EDM and hip-hop performers. In fact, Rick Ross hosted his birthday party here a few years ago. The chic two-tiered club features plenty of bars, VIP areas, mirrored surfaces and a giant video wall. It’s not downtown – which might be a good thing if you want to avoid crowds – though club hopping by foot won’t be an option here.

There is no better place to perfect your two-step than Cowboys, the city’s Western club of choice. The off-the-beaten-path venue boasts Orlando’s largest wooden dance floor at a whopping 20,000 square feet, along with a patio and multiple bars. Bonus points: You can nab free dance lessons so you aren’t lost when the party really starts to kick up when old school Garth Brooks or Reba McEntire are blasted through the speakers and everyone starts singing along.

Orlando’s take on a Vegas-style club, Tier attracts a good-looking crowd willing to dish out the cash for a bottle of Ace of Spades. Private skyboxes set the high rollers apart but even the more down-to-earth clubber will enjoy the view atop the balconies overlooking the dance floor, state of the art lighting and five bars. While EDM reigns supreme, the Friday themed parties always draw a crowd.