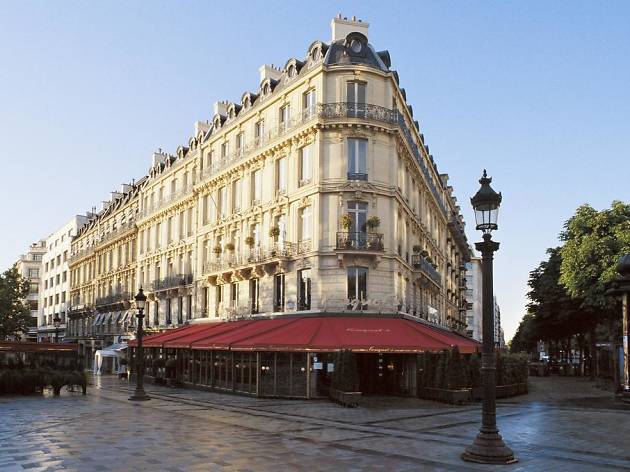 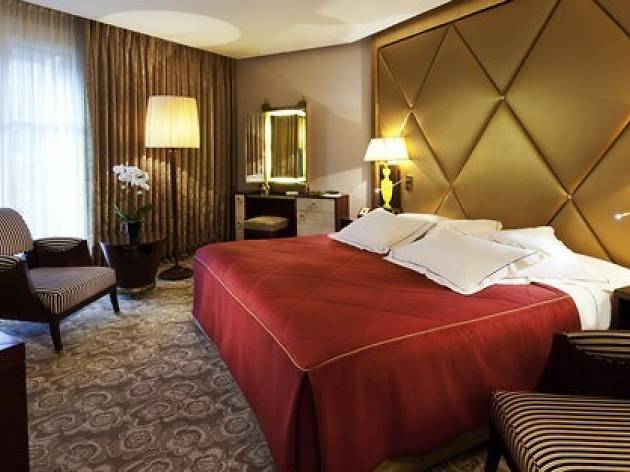 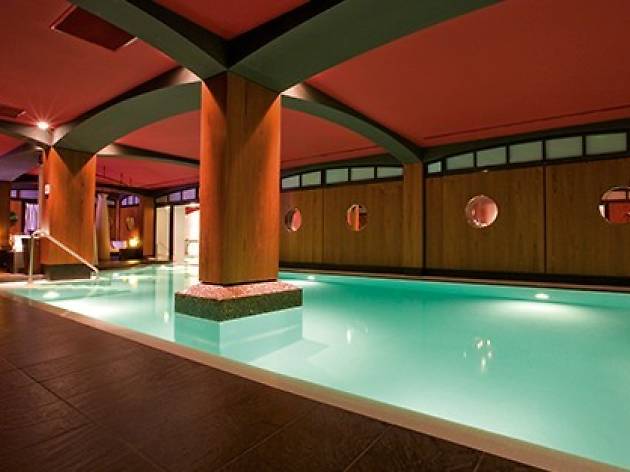 This hotel will under renovation until the end of June, but here’s hoping it keeps it historical spirit.

With over a century under its belt, Le Fouquet has more than just a reputation – it is one of the most famous addresses at the top of the famous Avenue des Champs-Elysées. Its brasserie has more than a hundred years of history: Persian rugs, Harcourt paintings on the walls and its famous parties – especially on May 6 2007, when it played host to Sarkozy’s presidential election party. But it has always lived in the shadow of George V – which is more in the limelight, but the two are very similar in their level of luxury.

Opening in 2006, this imposing building is a lot like it’s neighbour, but while the facade is classic, the style is much more contemporary. It was designed by Jacques Garcia, who has left his mark on plenty of Parisian hotels, including the Costes and Maison Souquet. This time, he’s abandoned the usual Second Empire period theatre vibe and gone for more effective, mixed styles. You will hit the huge hall as soon as you walk in and it gives a solid picture of the rest of the place: white Carrara marble, black China, walls upholstered in brown leather and super fifties furnishings.

Upstairs, the 81 rooms are decorated in a more contemporary, fashionable style – more suited to trendsters rather than the elder clientele who favour the royal George V. Special mention goes to the on-point technology, such as flat-screen TVs in the rooms and home cinemas and iPod power points in the bathrooms.

But in the basement lies the very best addition. The sublime swimming pool is surrounded by a slate thalassotherapy area – enough to destress you for a week, if not a month. Unfortunately, the hotel will be closed for expansion and renovation works until June 30th. The real question is, can the hotel improve without trampling on its wonderful past?