The best hotels in the Marais

The affordable, the lavish and all thats in between in the Marais

Over the last two decades the Marais (sandwiched between St-Paul and République) has been one of the hippest parts of the city. It's packed with modish hotels, vintage boutiques, restaurants and bars, which is in no small part due to its popularity with the gay crowd (this is the only part of Paris where the blokes get winked at more than the ladies). But it's also prime territory for art lovers, with a vast concentration of galleries (both small and important) and museums, more often than not set in aristocratic eighteenth-century mansions spared by Haussmann. The Marais has also long been the focus of the Jewish community: amble along rue des Rosiers, rue des Ecouffes and rue Pavée (where there's a synagogue designed by Guimard, the brain behind the capital's iconic Métro stations) and the air fills with the scent of falafels and sizzling shawarmas. Essentially, you could do a lot worse than pitching up in the Marais for a few days. Find the best places to stay in the area with our guide to the best hotels in the Marais.

Looking for more options? Check out the best Paris Airbnbs

Situated right by Place de la Republique, Hôtel Jacques De Molay is not only close to touristy attractions (the Pompidou and Canal Saint-Martin are within walking distance) it offers great amenities too. Get a thorough workout in their onsite gym, followed by a stint in the sauna and a beverage in the bar. There's also free wifi throughout the hotel, so you can get online from the comfort of your air-conditioned room or over the continental breakfast that's served daily. 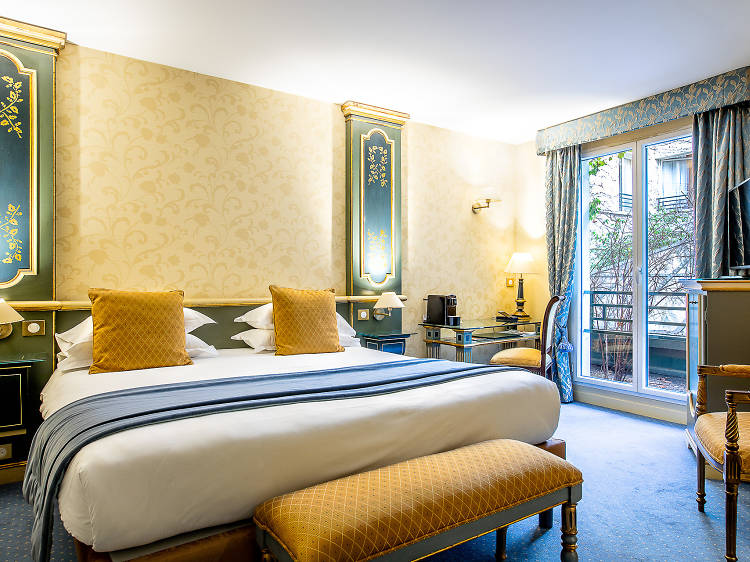 If you're fond of spending an afternoon gazing at artwork, Villa Beaumarchais is a good spot to settle. This four-star hotel is surrounded by galleries and museums: Michel Rein, Galerie Liberal-Bruant, Each x Other and the Carnavalet to name a few. In the hotel itself, you'll find a small fitness room, glass-roofed restaurant and bar. All the rooms come with AC, regal decor and free wifi. Bike hire is also available from reception. 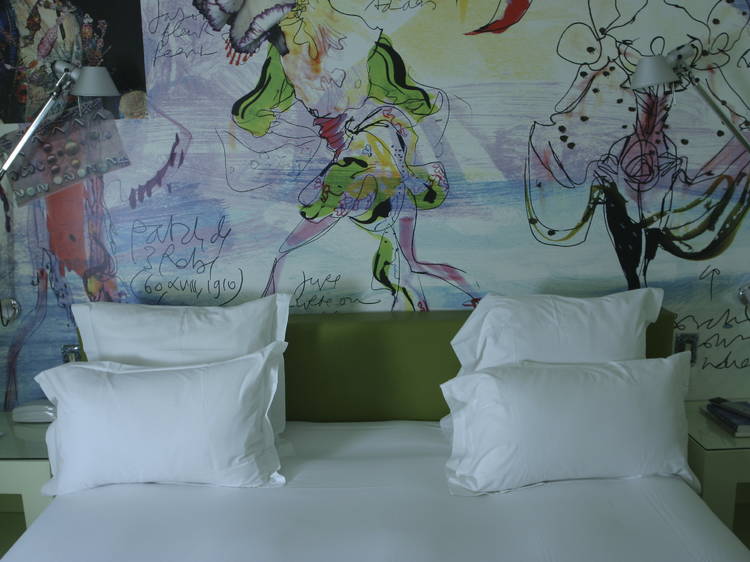 Within striking distance of the hip shops around rue Charlot, this turn-of-the-century façade masks what was once the oldest boulangerie in Paris, lovingly restored as a boutique hotel by Nadia Murano and Denis Nourry. The couple recruited Christian Lacroix for the decor, and the result is a riot of colour, trompe l'oeil effects and a savvy mix of old and new. Each of its 17 exquisitely appointed rooms is unique, and the walls in rooms 202, 204 and 205 feature drawings and scribbles taken from Lacroix's sketchbook. 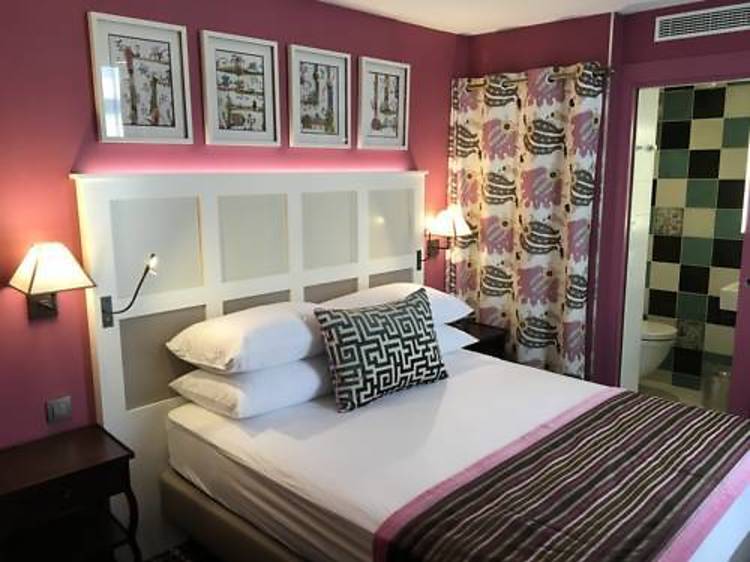 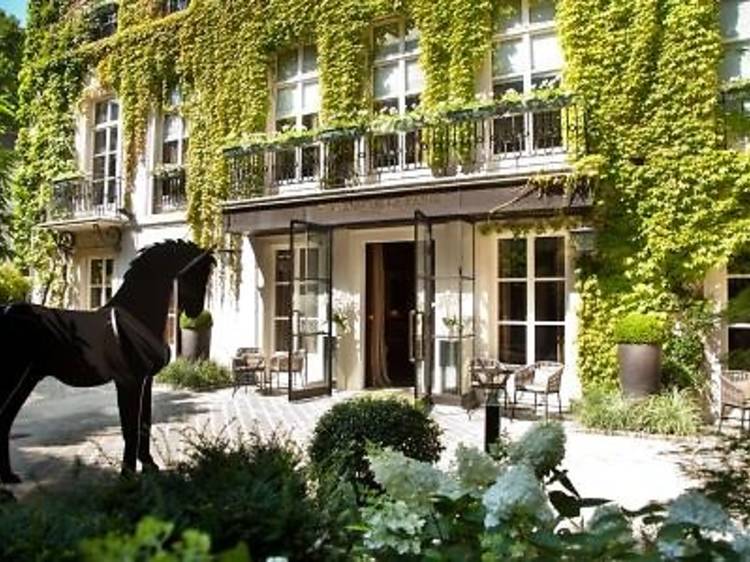 Located on one of the most beautiful squares in Paris, the Pavillon de la Reine seems like it's always been there. Staying the night at this luxury hotel is a real treat, like a slice of paradise in the middle of Paris’s beating heart. Expect to feel at ease as soon as you walk in; with an entry situated between two art galleries and a cosy private terrace, the building gives off an alluring charm. This is the idea stay for travelers in search of discretion and luxury in the Marais and with irresistible charm. It would also be an incredible gift fo 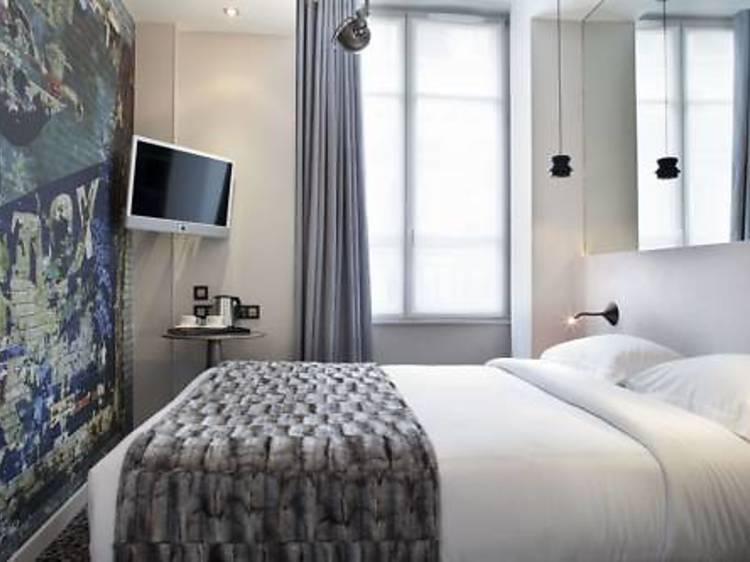 Located in the centre of Paris in the fashionable Marais district, Hôtel Georgette offers contemporary rooms, a 24-hour reception and a concierge service. Centre Georges Pompidou is just 350 metres away. Rambuteau Metro Station is a three-minute walk away and offers direct access to Place de la République and Hôtel de Ville. 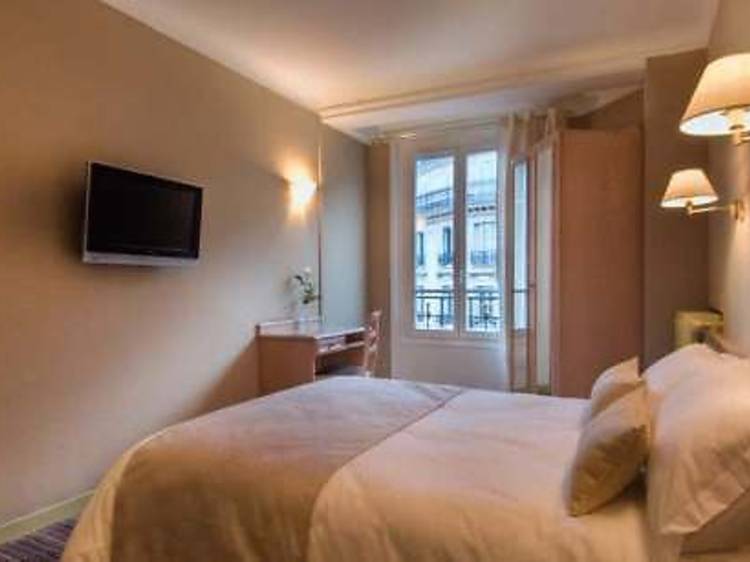 Built in 1910 during the Belle Epoque period, this hotel is ideally located in central Paris, with easy access to the city’s tourist attractions. It offers elegantly decorated guest rooms. Paris France Hotel is located just a three-minute walk from the Marais Theatre and 260 metres from République Metro Station. Private parking is possible nearby. 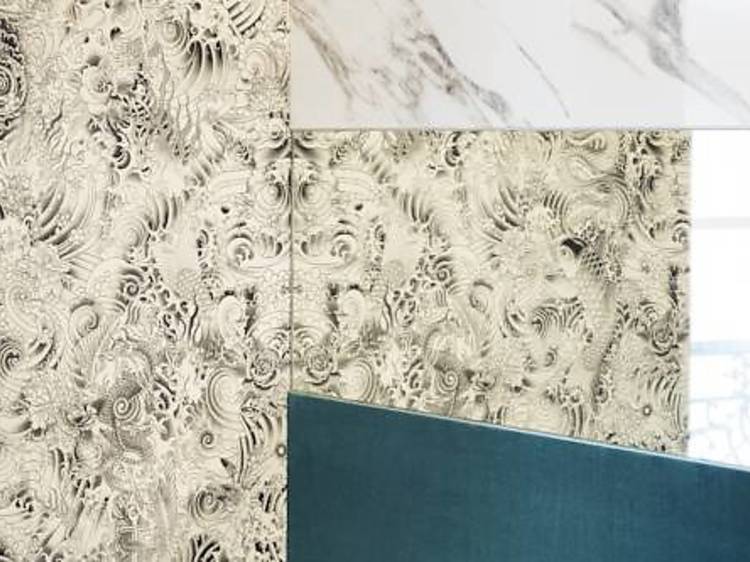 Hôtel Dupond-Smith is located in the Marais area in central Paris. It offers individually decorated rooms with design features. Notre Dame Cathedral is a ten-minute walk from Hotel Dupond-Smith and the Pompidou Centre a is two-minute walk away. Charles de Gaulle Airport is 25 km from the hotel. 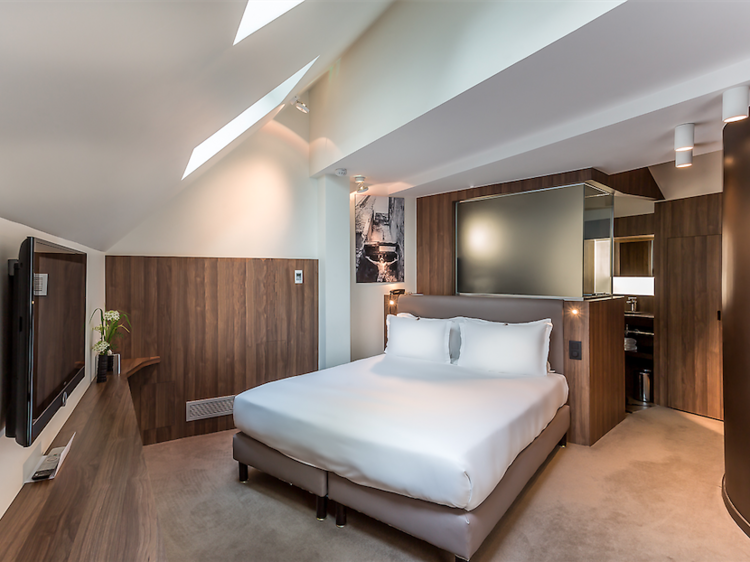 Guests and Parisians mingle in this peaceful, quiet corner where discretion is key. Completely hidden from the street, it can only be reached by entering through the reception then into the secret garden courtyard. The gallery-like main entrance corridor plays host to work from some of the most beautiful photography galleries in Paris. Another jewel-like touch – one of the hotel managers Geoffroy will take you on a 90-minute tour of the city in his Citroen DS (€190 for one to three people). The perfect trip to awaken your senses – and see Paris through the eyes of a local.