Hotels Sentier
Recommended
4 out of 5 stars 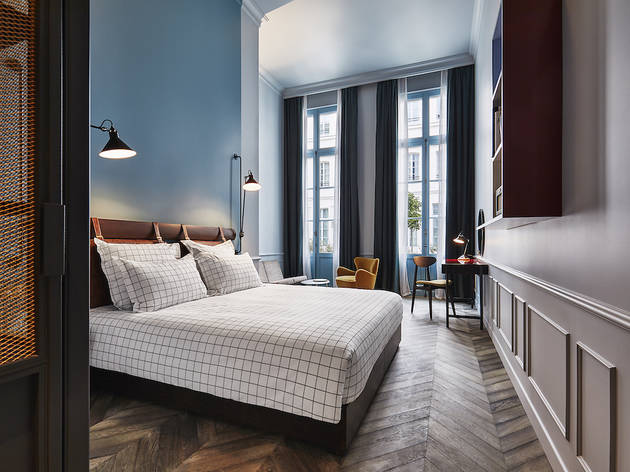 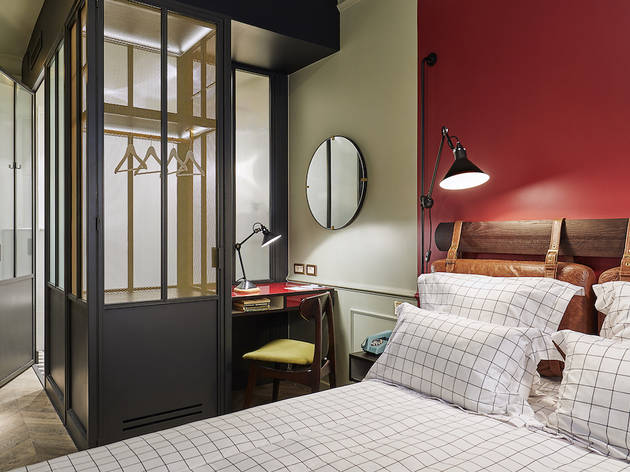 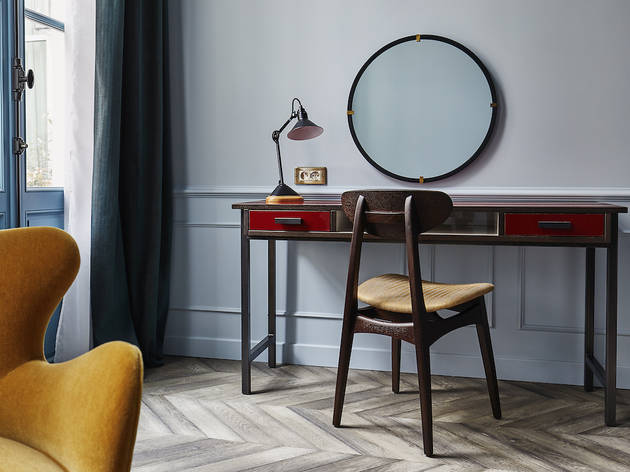 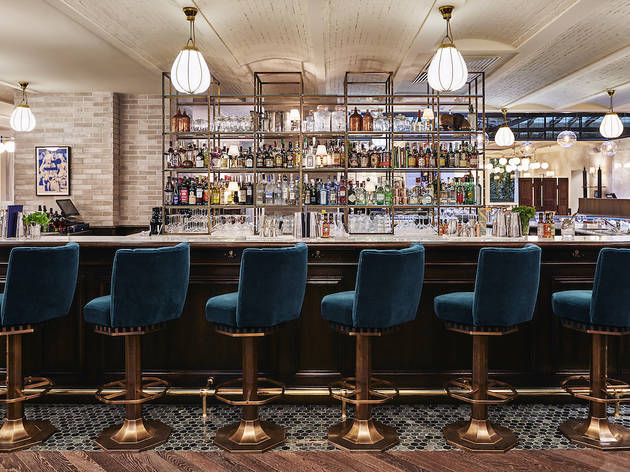 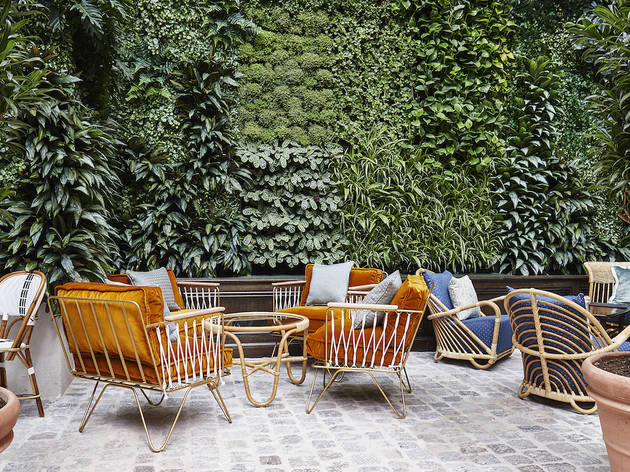 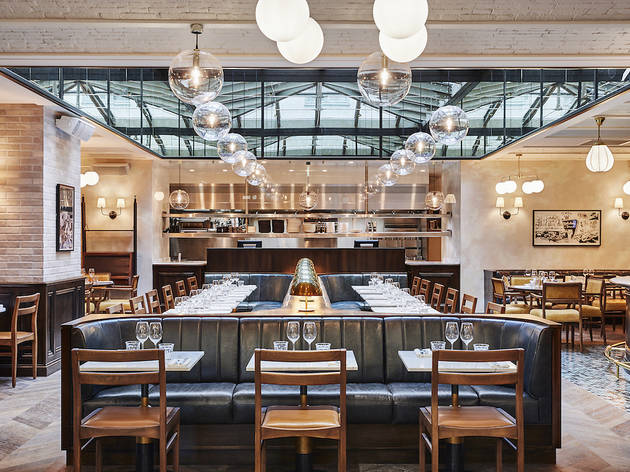 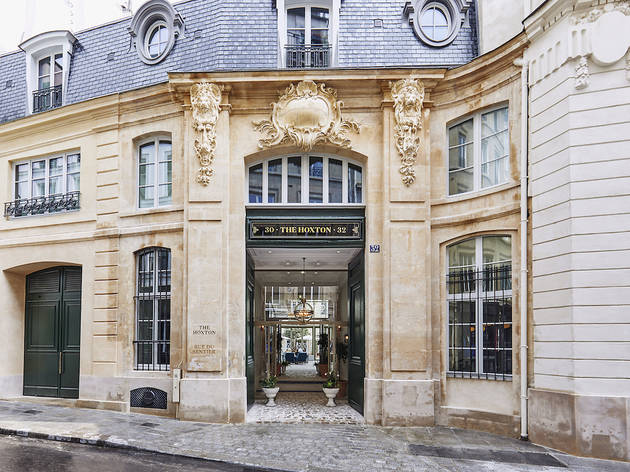 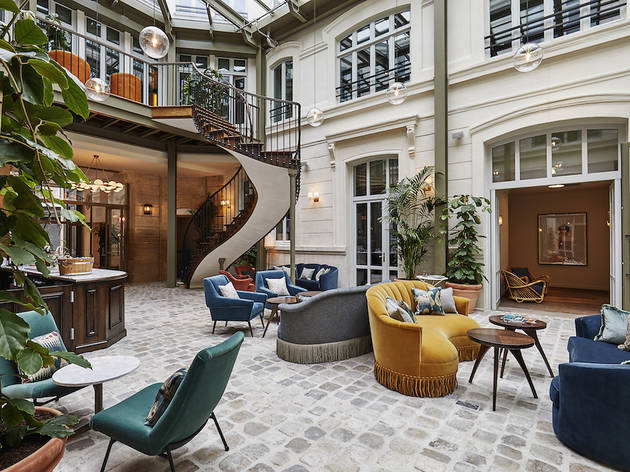 It’s safe to say Airbnb has given hotels a kick up the arse. The cheap flat-rental community had the monopoly on Paris accommodation for a while, but the tide has slowly been turning. So much so, that we’ve actually been waiting for the arrival of one hotel. Four and half years in the making, the Hoxton’s arrival in Paris made waves long before it opened its doors. With existing outposts in London’s Shoreditch and Holborn, and Amsterdam, the Hoxton are leaders in the lifestyle space. Mid-range price hotels conjured images of shell-like rooms with bad decoration and depressing food, The Hoxton changed all that. Who’d have thought 10 years ago that you’d be queuing up to get into a hotel?

The hotel itself is built in and around an impressive hôtel particulier belonging to Thomas de Rivié, diplomatic advisor to Louis XV. Hoxton’s 172 bedrooms come in 4 different sizes (Shoebox, Cosy, Roomy and Biggy), each impeccably designed: parquet floors, velvet armchairs, and retro touches like Roberts Radios, and swing lamps. Mini neighbourhood guides, handwritten welcome notes and a breakfast bag you leave outside your door are the finishing touches. There’s a week's worth of gushing about the deco: the vegetal wall, blush velvet bar stools in Jacques Bar, the mustard sofa in the foyer bar…every corner is straight from a design magazine. Rates are affordable for the quality - a Shoebox (larger than it sounds) starts at €99 and a Cosy from €149. OK Airbnb might be (slightly) cheaper, but there’s none of this style and class.

Now The Hoxton Paris isn't a simple hotel, rather just a part of it. Divided into 3 separate spaces, you enter via the foyer with the bar and Rivié restaurant to the right; in front of you lies the courtyard where all kinds of events, yoga classes, masterclasses and workshops will be hosted. Underneath it all are Les Voûtes - underground rooms designed for meetings or training days, with a private kitchen. These can also be hired for private parties if you can foot the bill.

With the reception hidden behind the courtyard, emphasises Hoxton's focus on the fact it's first a meeting space. Come in and have a coffee while you freelance (surely better than Starbucks), grab a cocktail or dinner with friends, and you’ll be welcomed as if you’re a regular. Which is why Hoxton’s formula - on-point design, great cocktails (by Quixotic Projects of Candelaria etc), multipurpose spaces, ace service - will work wherever they lay their bricks.

Go for a coffee, sleep, or cocktail but make sure you go soon.