In the Roaring Twenties, Paris was jazz hot, glamorous and fashionable; and making merry in clubs and bars was the name of the game. This was the era that saw performers Joséphine Baker, Maurice Chevalier and Mistinguett shoot to stardom. For the first time in history automobiles drove people to picture houses, women danced the Charleston in revealing flapper dresses, and life (now that the ashes of World War I had settled) seemed to brim with new opportunity. Of course, the Wall Street crash and the Great Depression soon put a stop to that; but the legacy of the Années Folles lives today on in theatres and jazz clubs across central Paris. Here are our suggestions for a glamorous night out – Joséphine Baker style – with or without your banana belt. 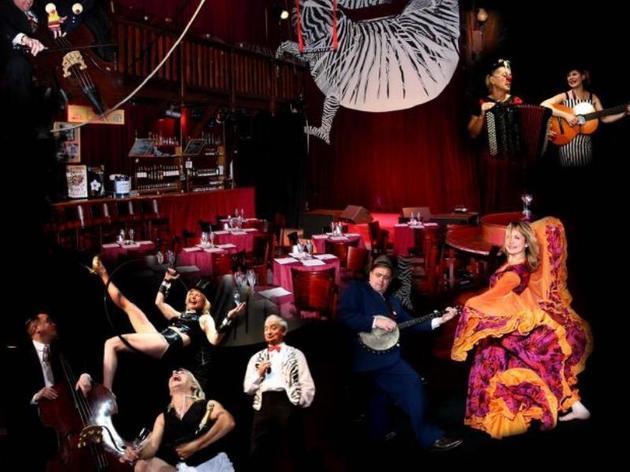 In reality Le Zèbre de Belleville was built in 1945 as a cinema, but a distinct Art Deco feel reigns, making you feel like you’ve stepped back into an Années Folles nightclub where Mistinguett might appear any minute. Coined 'the smallest cabaret in Europe', it hosts nouveau circus acts, magic, music hall and cabaret, including the Cabaret Cirque Russe, which entertains the crowds over dinner. The price (€69) includes a three course, Russian-influenced meal (think Saint Petersburg chicken with tarragon and solovitch cream cake). Kids are catered for on Wednesdays and weekends, with circus workshops that include trapeze swinging, clown ateliers and acrobatics. 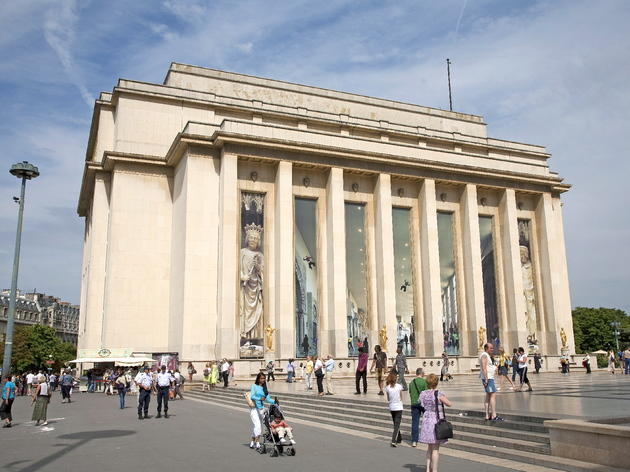 Set in the 1937 Trocadéro palace, the Théâtre National de Chaillot’s Grand Foyer is the epitome of art deco elegance – airy and rectangular with black, square pillars, urn-shaped lights, geometric floor patterns and gigantic neoclassical frescos. The windows are gargantuan too, each offering a view onto the Eiffel Tower. Come here before the show to grab a cocktail and gaze in awe as the filigree lady twinkles through the lobby window. Chaillot's three modern auditoriums range from cosy and experimental to a 2,800-seater amphitheatre. Its vital statistics aside, the Chaillot is one of Paris's best theatres for contemporary and experimental dance performances, largely by A-grade choreographers from around the world. 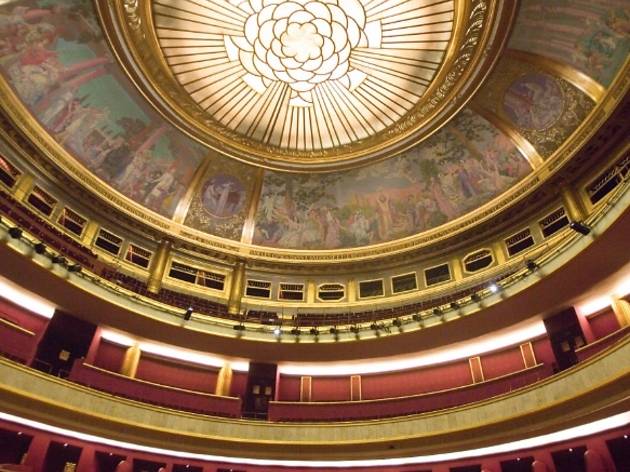 Though built in 1913, this beautiful theatre – made entirely of reinforced concrete and with bas-reliefs by Bourdelle and glass lights by Lalique – looks very art deco thanks to its neoclassical, cubist proportions. It hosted the scandalous première of Stravinsky's Rite of Spring in 1913; and, during the Roaring Twenties, stars of the music hall like Maurice Chevalier and Josephine Baker graced the stage. Michel Franck took over as director in 2010. It remains the favourite venue for visiting foreign orchestras, and the prestigious line-up of visiting maestros includes Lorin Maazel, Riccardo Muti and Christian Thielemann, as well as Covent Garden's musical director Antonio Pappano. 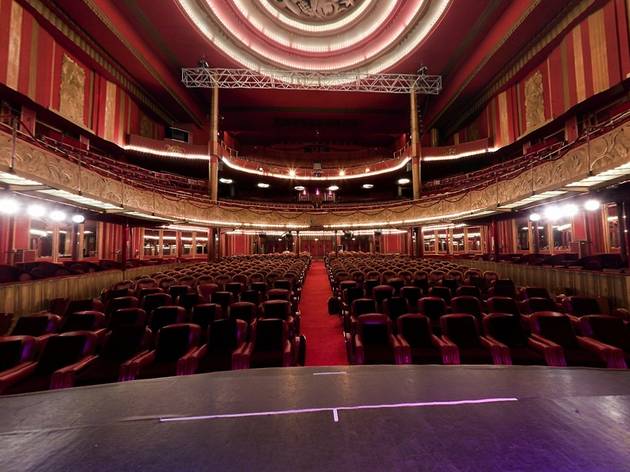 As you enter the Folies Bergère, the sound of heels on the wooden stage and the voice of Josephine Baker still reverberate. Welcome to the temple of the music hall! Just don’t expect to see ladies in feathers slinking across the stage today – cabaret was replaced years ago by French musicals, comedy and dance shows by international troupes. 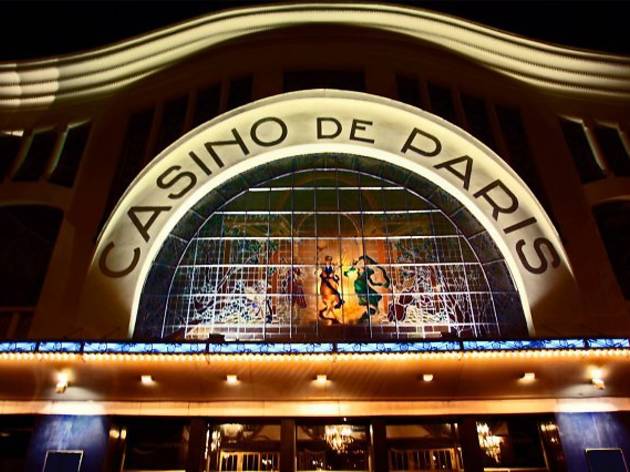 Mistinguett, Maurice Chevalier and Joséphine Baker performed at the Casino de Paris during the inter-war years. Nowadays, you’ll find a stream of comics, singers (Sheryl Crow and Lou Reed have previously graced the stage) and big budget musicals. The music hall’s appearance remains remarkably intact however – a gorgeous red-velvet mélange of art nouveau and art-déco. If you need to dine, the on-site Italian restaurant, Caruso, is handy for no-frills pasta. 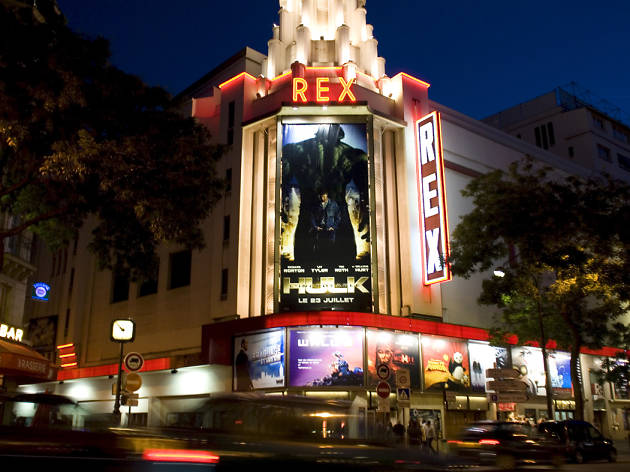 Opened in 1932, this huge art deco cinema was designed by Auguste Bluysen and its fantasy Hispanic interiors by US designer John Eberson. With its wedding-cake exterior, fairy-tale interior and the largest auditorium in Europe (2,650 seats), this listed historical monument is one of the few cinemas to upstage whatever it screens. Its blockbuster programming (usually in French) is suited to its vast screen; it also hosts concerts and rowdy all-night compilation events. Go behind the scenes in the crazy 50-minute guided tour (Etoiles du Rex), which includes a presentation about the construction of the auditorium and a visit to the production room, complete with nerve-jolting Sensurround effects. 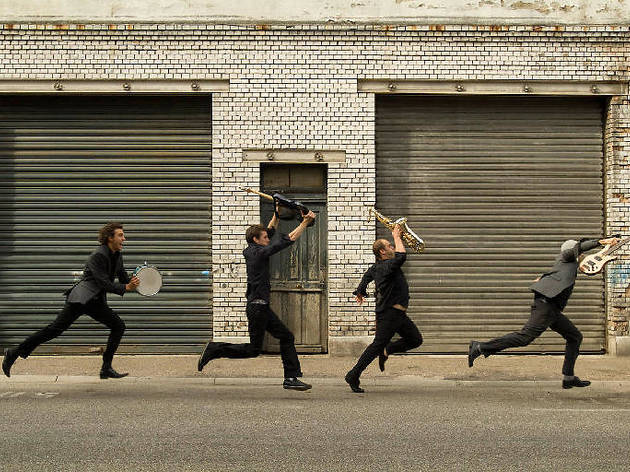 Jazz clubs, concerts and cafés From traditional to avant garde, and from hot new talent to big visiting names – Paris is one of the best cities in the world for listening to live jazz. Here's our guide to the best venues, upcoming gigs and more. Plus • Jazz festivals French Quarter Jazz Festival Jazz à la Villette Festival Paris Jazz Festival Saint-Germain-des-Prés Jazz Festival Top music and nightlife features Best of the French music scene The tempestuous tones of Edith Piaf, the distinguished nostalgia of Charles Aznavour, the lascivious genius of Serge Gainsbourg and now-comical hits from the likes of Joe Dassin constitute a picture of chanson française that's as much as many people care to know about modern French music. But look around, and French artists have had international success in almost every genre – footballer turned rapper MC Solaar has a cult international following, while bands like Air and Daft Punk gave electronic music a whole new lease of life. Clubs around the world heave to the techno sounds of Laurent Garnier, and indie-poppers singing in English (M83) have made it abroad. But these are just the basics of a vibrant and varied scene that's heaving with talent, so it's well worth checking out local artists playing in Paris – keep track of the best French gigs with our selection below. Disiz 2012 marks a triumphant return to rap form for Disiz, aka Disiz la Peste, who stormed onto the radio waves back in 2000 with ‘J’pète les Plombs’ and his firs 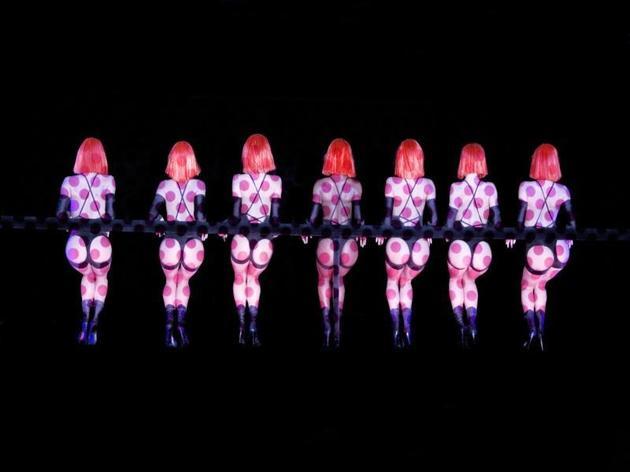 There's more to Paris cabaret than the get-your-glitz-out-for-the-boys genre with frilly drawers, fishnet stockings and lingerie that twangs to the rhythm of the music. There's the art, the synchronization, the wild costumes and, bien-sur, the inter-act performers who do interesting things with animals and ventriloquist dummies (rarely at the same time)! Cabaret in Paris is traditionally served with champers and a meal, turning the four 'B's (boobs, bums, boas and bubbly) into an all-evening extravaganza. Make a night of it with our Paris cabaret guide... Recommended cabaret venues in Paris Le Crazy Horse More risqué than the other cabarets, Le Crazy Horse, whose art du nu was invented in 1951 by Alain Bernadin, is an ode to feminine beauty: lookalike dancers with provocative names like Flamma Rosa and Nooka Caramel, and identical body statistics (when standing, the girls' nipples and hips are all the same height) move around the stage, clad only in rainbow light and strategic strips of black tape. In their latest show, Désirs, the girls put on some tantalising numbers, with titles such as 'God Save Our Bare Skin' (a sexy take on the Changing of the Guards) and the sensual 'Legmania', for anyone with a leg fetish. The Crazy Horse doesn’t have a restaurant, so if you want to dine, reserve via the website where you’ll find a list of participating eateries. Le Lido This is the largest cabaret of all: high-tech touches optimise visibility, and chef Philippe Lacroix provides fa