Perhaps the most striking index of Parisians' newfound thirst for beer is the rate at which the brown stuff is being taken up by traditional wine merchants. Artisanal lagers and ales are increasingly found alongside the usual bottles of rouge and champagne, while dedicated beer shops are expanding into ever more specialised territory. Read on for our pick of the crop. Or if you're inclined to grape rather than grain, check out our favourite wine bars in Paris. 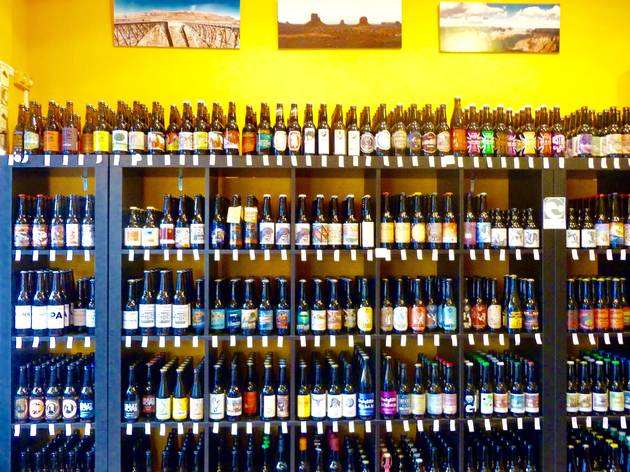 Welcome to Biérocratie, a stone's throw from the Butte aux Cailles, this cheerful boutique is dedicated to beer, beer and more beer. It offers a fine selection sourced from far and near; including Belgian and French (even Parisian), plus craft and micro brewed beers. Managers Pierre and Jaclyn make excellent guides, showcasing their diverse wares and finding the best bubbles to suit your palate. Expect to be tempted by new flavours: a chocolate beer from Brasseurs du Grand Paris (who also make Choco-Laiterie, a milky stout), Sori Brewing’s Dark Humour Club Coconut or even the Cherry Ale Kill, which is matured on sherry chips by the team at Biérocratie. 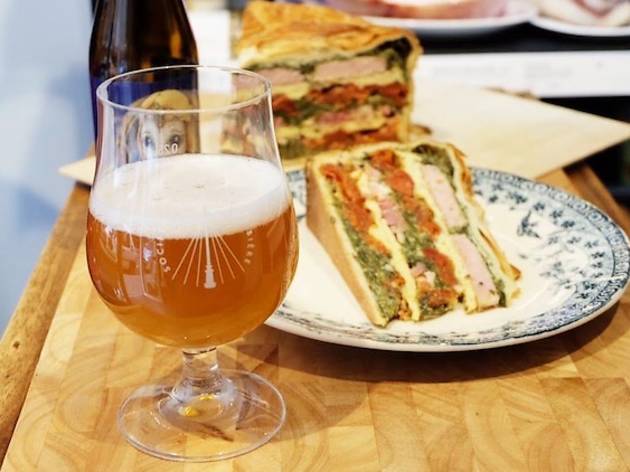 Beer expert Fabien Nahum has been selling his Batignolles-brewed beer from this charming stonewalled shop – ‘cave à bières’ – in the 17th arrondissement for two years. Surrounded by fairy lights and stocked shelves we begin our tasting session, on the advice of Fabien, with a simple larger (Jandrain IV Saison, €4,60) and a perfectly balanced beer from Strasbourg (Bendorf Kollane Lill €5). We also order a shared plate of Salers cheese, smoked lamb from the valée de l’Ubaye and Basque country ‘cul noir’ sausage to go with. This man has taste. 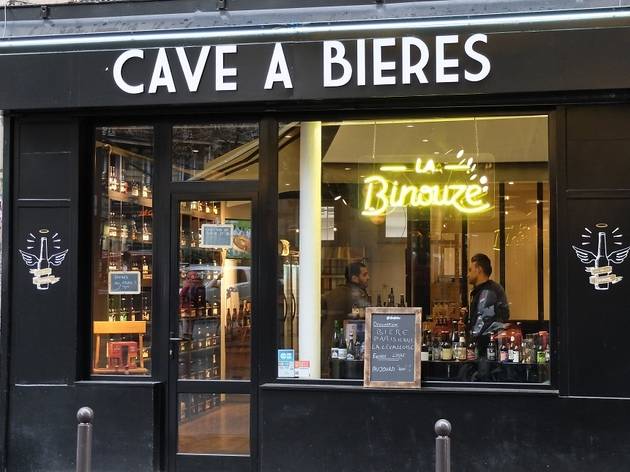 Benjamin and Thomas at La Binouze in the 9th arrondissement stock a vast range of local and international beers (prices range from €2.50-€25). Don’t expect to see any supermarket brands; this space is for inventive and exciting craft brewers only. The boutique features around 700 varieties, ranging from Belgian classics to rare Italian brews and adventurous Scandinavian brands, to delight newbies and beer geeks alike. 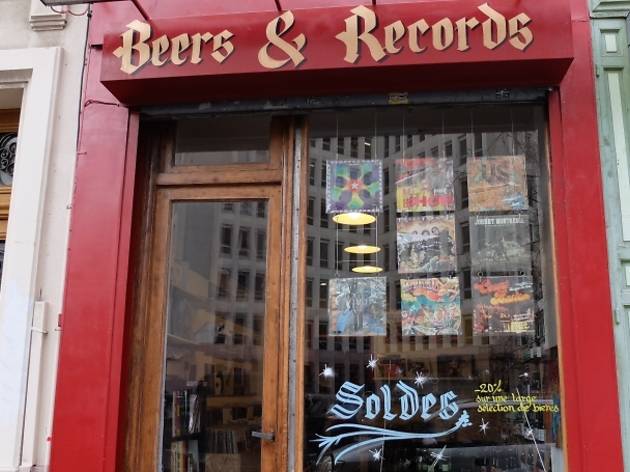 For a while it was tough to find a store selling LPs in Montreuil. But that’s a thing of the past now that Amadeo, a local who’s lived in the suburb for eight years, has established Beers & Records, offering both vinyl discs and a selection of artisanal beers, because the two go so well together. Inside we found records both old and new that span a wide range from soul, funk and jazz to electronic music, rock and hip hop (prices start at €2). 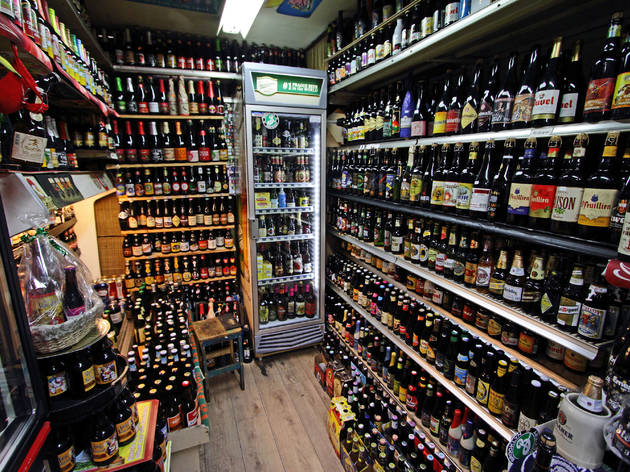 Is there a lovelier beer shop in the capital than Paris Saint Bière? If so, the honour surely goes to its sister venue, situated around the corner on Rue de Charonne. Between them, the pair stock an extraordinary range of brews from Belgium, Germany, the UK and France, alongside novelty brands from the likes of Senegal and Jamaica. The owner's catalogue extends to over 2,000 varieties, including some of the world's rarest (such as Brewmeister's notorious Armageddon, whose alcohol content registers at a frankly intimidating 65%). 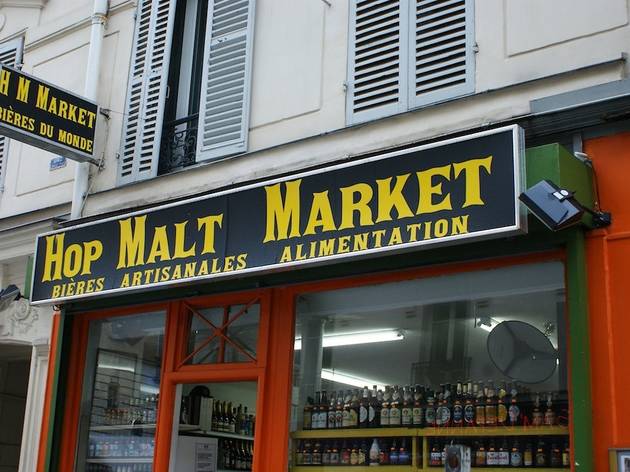 This wonderful little establishment was once the site of a grocer's named Le Phare de Saint-Maur. When the wine merchant next door shut up shop four years ago, Le Phare decided to take up the mantle – and hey presto, Hop Malt Market was born, to the delight of discerning beer-drinkers the city over. A few things mark this venue out from the crowd: its excellent choice of craft and artisanal beers; its 2am closing time; and the eccentric charm of the owner, who invites punters to play him at chess on a table outside while sampling one of his brews. 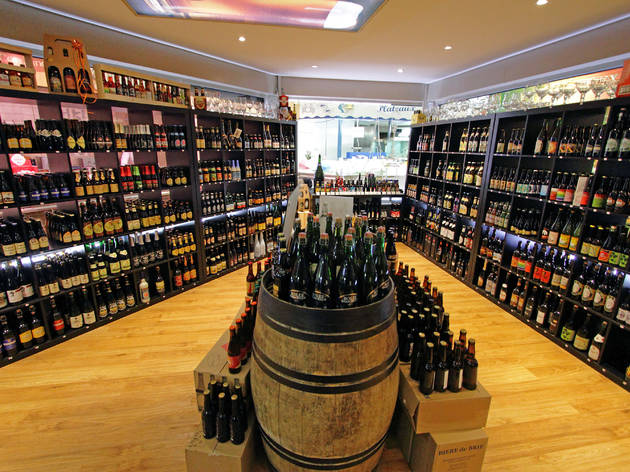 A visit to this beer store will likely fill your shopping bag with more than bottles; found in the Saint-Quentin market, Bièrissime sits opposite a butcher's and a stone's throw from a cheese shop, both hard to resist on your culinary wanderings. Inside, there's a huge range of beer brands to choose from – from the basic Tsing Tao to the special Abstrakt AB:04 by Brew Dog (coffee, cocoa and chili in a brew at 15%). This little boutique manages to stay accessible and generalist in Paris's rapidly expanding circle of beer specialists. 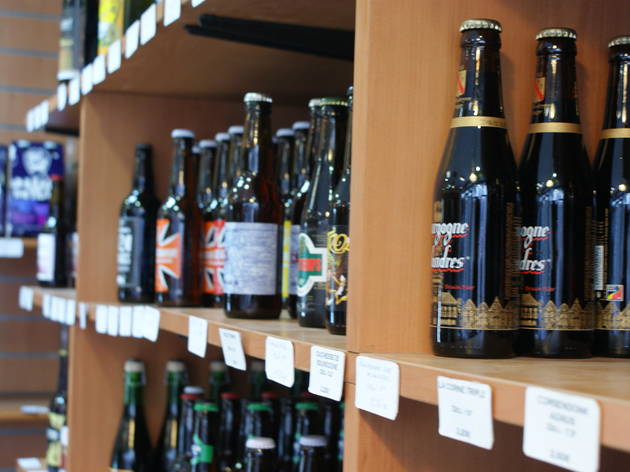 It takes a stretch of the imagination to accept the quiet residential suburb of Pernety as the 'beer district' of Paris; yet this is precisely the assertion of Lionel Libert, owner of Chop'In. Lionel's vast knowledge of all things malty and fizzy extends beyond the heaving shelves of his grog shop – ask him to recommend bars in the area, and you'd be forgiven for thinking you're in Munich circa Oktoberfest time. But while you're here, you may as well try one of Chop'In's obscure artisanal beers onsite (a small bar and seating area are installed for this purpose). 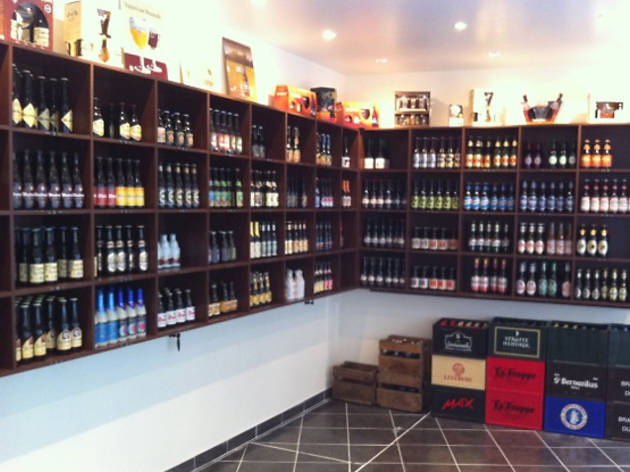 Wine is no longer king of the cellar, even in France, where you half expect the population’s veins to run with premier cru. The global trend for craft beers has inspired several Parisian beer boutiques in Paris, introducing many an amateur to the pleasure of eclectic bottles and offbeat breweries. The range of possibilities is instructive: Trappist beer, Belgian abbey beer, lager, high or low fermentation, hoppy and bitter or fruity and sweet. And since 2007, Bières Cultes (Cult Beers) has been developing a particularly fine menu of flavours. 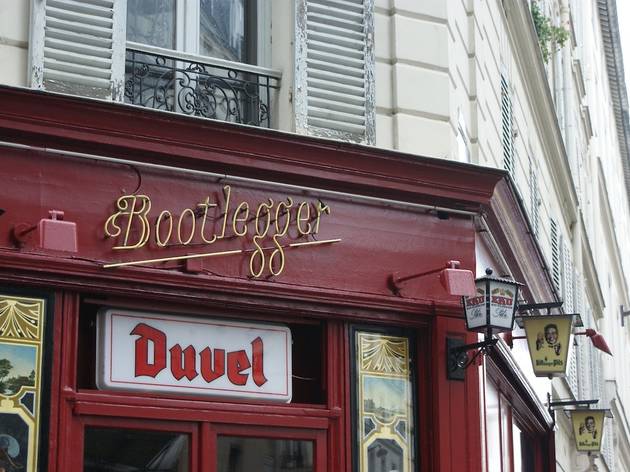 With Paris seized by a newfound passion for the amber nectar, it's high time we revisited the capital's oldest beer shop. Its precise date of birth has been lost in the mists of time and intoxication, but Bootlegger has been plying its trade in Belgian brews since at least 1976. Successive generations of owners have extended its range, so that it now offers everything from English microbrewery products to über-rare Czech bottles. And if this doesn't draw you in, perhaps the shop's imposing red façade – daubed with beer brand names scrawled in gothic font – will.

Now check out the best beer bars in the city 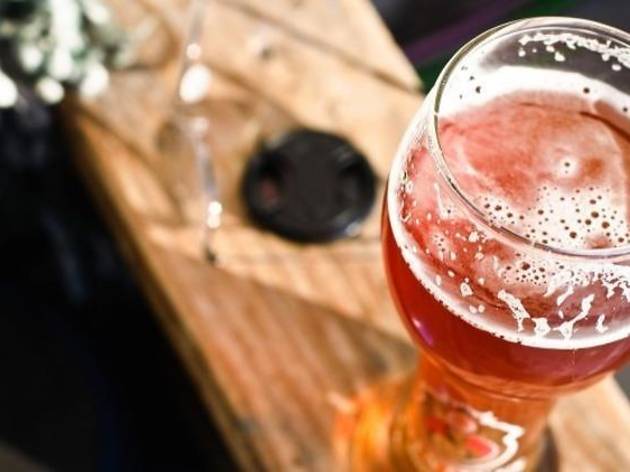 Blonde or bitter, Belgian or British, beers are in bountiful supply in Paris's bars – you just need to know where to look. We've scouted the best places in the capital to booze on brews; whether you're into black-as-night stouts or amber ales, you'll be well catered for.