Saint-Germain-des-Prés, Odéon and the Latin Quarter

Free thinkers and fashionistas on the south side of the Seine

To many first-time visitors – especially those from the States – the Latin Quarter can be a big disappointment. Countless books have led them to believe that the area is somehow the quintessence of Paris, and they come with their heads stuffed with expat writers – Orwell, Hemingway, Henry Miller – only to find a touristy jam of bad restaurants and uninspiring shops. Granted, many of the narrow, crooked streets (like the Marais, the Latin Quarter was another part of Paris largely untouched by Haussman) are charming, and there are some real architectural glories, especially ecclesiastical ones; but the crowds can make the experience of seeing them dispiriting.

Like the Latin Quarter, St-Germian-des-Prés is another area that no longer quite lives up to its legend: these days, it's more sartorial than Sartrian. In the middle third of the 20th century the area was prime arts and intello territory, a place known as much for its high jinks as its lofty thinking: the haunt of Picasso, Giacometti, Camus, Prévert and, bien sûr, the Bonnie and Clyde of French philosophy, Jean-Paul Sartre and Simone de Beauvoir; the hotspot of the Paris jazz boom after World War II; and the heart of the Paris book trade. This is where the cliché of café terrace intellectualising was coined, but nowadays most of the local patrons of the Flore and the Deux Magots are in the fashion business, and couturiers have largely replaced publishers. Never mind: it's a smart and attractive part of the city to wander around in, and also has some very good restaurants. 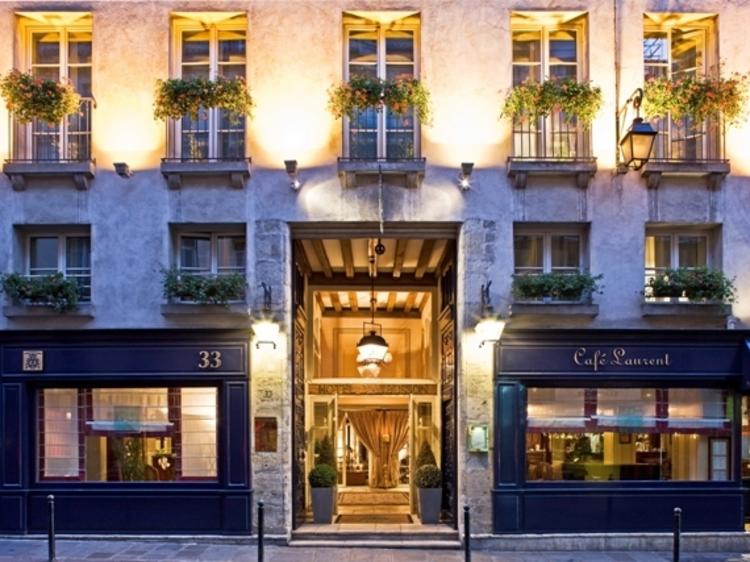 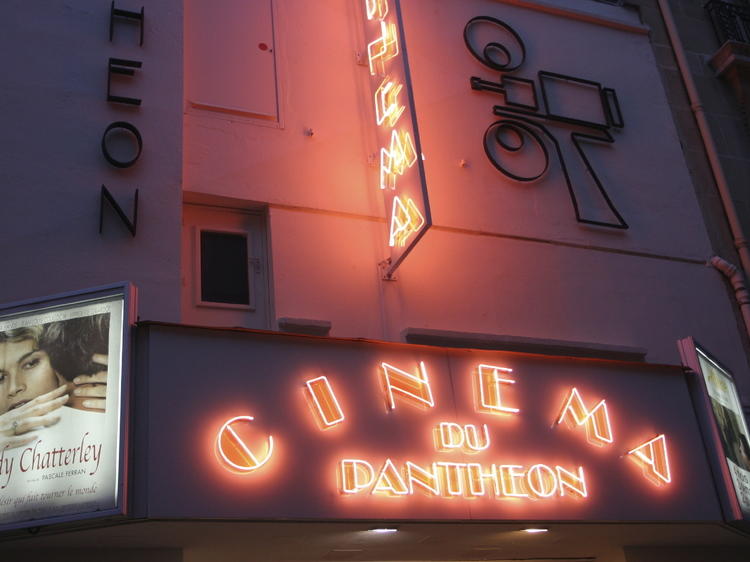 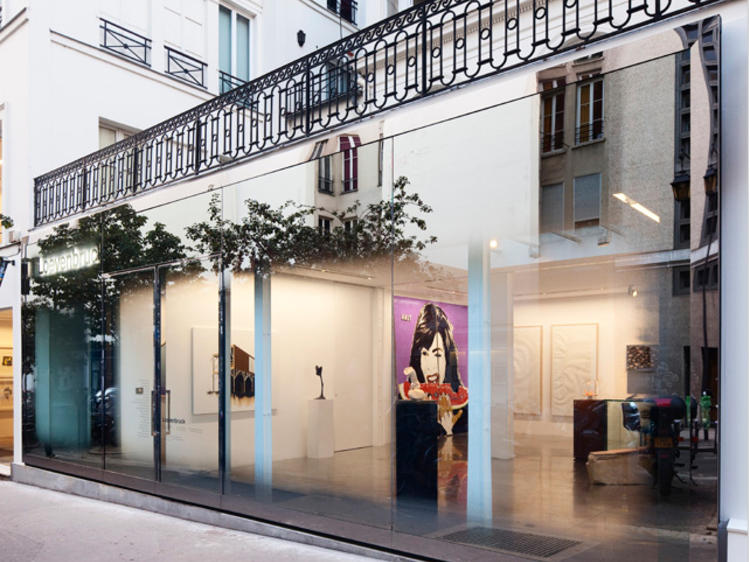 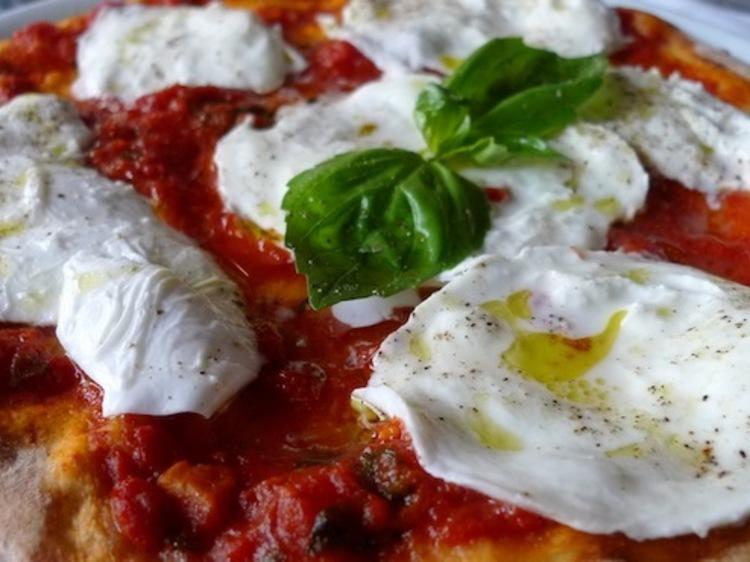 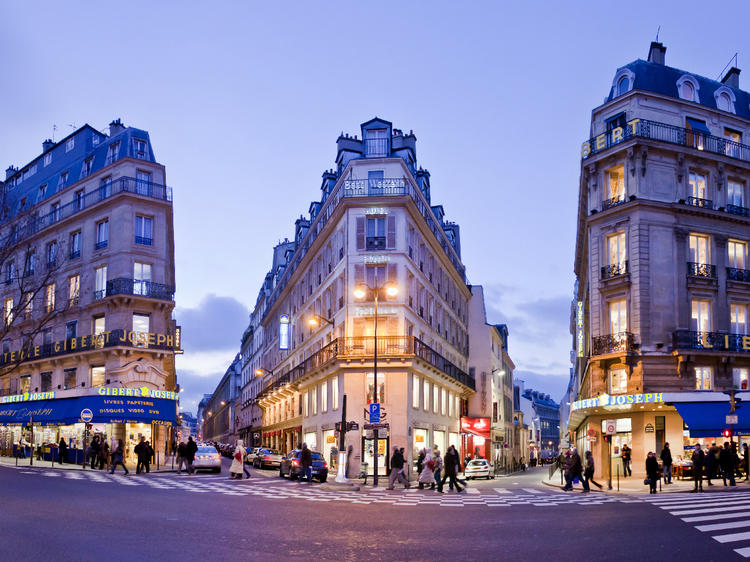 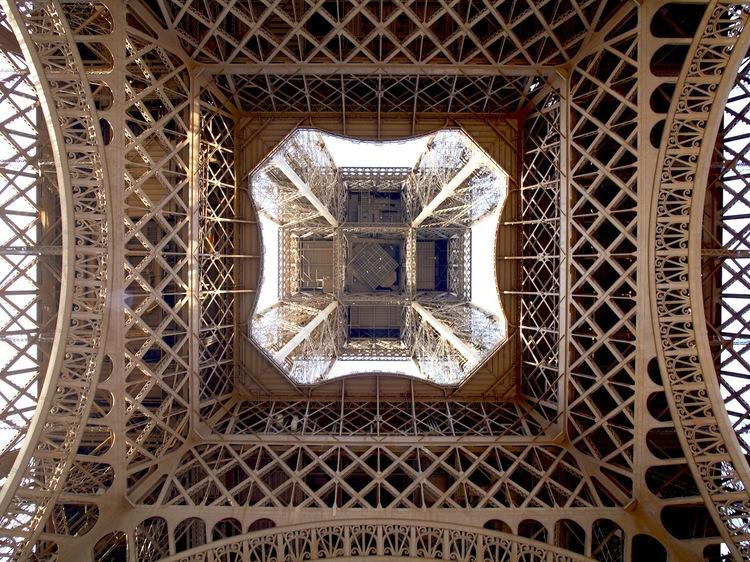 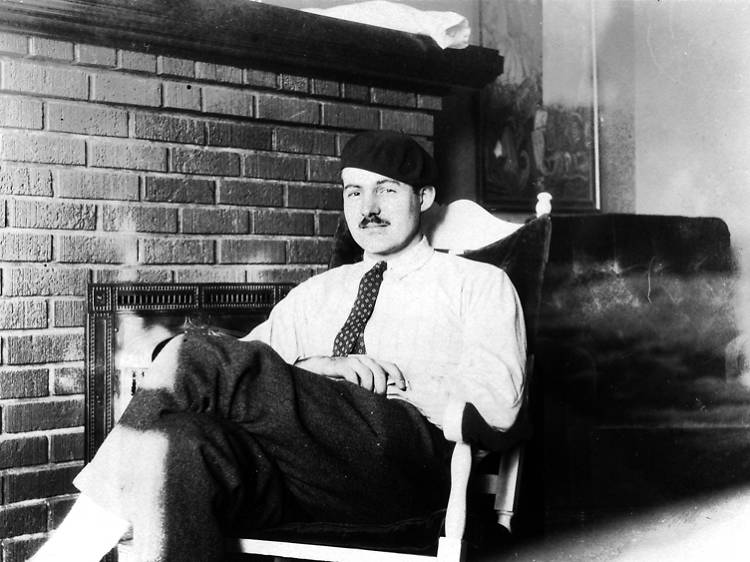 Explore the famous writer's Left Bank haunts You don't have to have read 'A Moveable Feast' or 'The Sun Also Rises' to get a feel for what life was like when Hemingway and his Lost Generation of expat friends (Gertrude Stein, Alice B. Toklas, Henry Miller, F Scott Fitzgerald and composer extraordinaire Cole Porter) 'occupied' post WWI Paris. The markets Papa Hem frequented, the cafés he drank, wrote and argued in, and the bookshops he haunted are all largely still around. Even his old apartments at 39 rue Descartes (5e) and 74 rue Cardinal Lemoine (5e) can be admired (from the outside) thanks to commemorative plaques on the walls. Follow these suggestions and you can soak up the '20s spirit, à la Hemingway, in one lazy afternoon's stroll. Marché Mouffetard This 'wonderful, narrow crowded market street' (rue Mouffetard), as Hemingway described it in 'A Moveable Feast', still sports bright and bustling stalls of fruit and veg in its lower stretches (its upper extremities largely harbour student bars and touristy shops), making it one of the city’s loveliest street markets. Many grocers – also hawking charcuterie, patés, seafood, cheeses and sticky patisseries – only select organic and fair-trade goods, so calories aside, you’re in for a guilt-free food shopping trip. On Wednesday, Friday and Sunday mornings, Mouffetard’s stalls run into the Marché Monge (on place Monge), renowned for yet more excellent food, especially fresh bread. Hotel d'Angleterre In December 1921 Ernest He 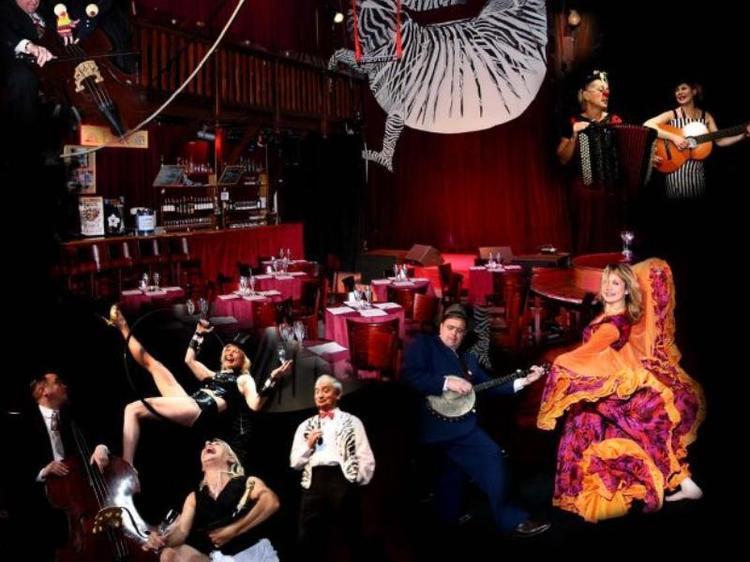 After the austerity and bloodshed of World War I, France longed for joy and light-heartedness. Pre-war values were rejected as people embraced new lifestyles and new technologies, and discovered a lust for extravagance and partying that had the era named Les Années Folles (the Roaring Twenties, or the 'mad years'). Cars appeared on the roads; picture houses opened, projecting the world's first silent movies; radios appeared in households; jazz flourished, and musical halls – where icons like Josephine Baker and Maurice Chevalier launched their careers – became the places to see and be seen in.Paris was at the heart of it all, not only in terms of fashion and entertainment, but in the domains of decorative art and architecture, as movers and thinkers drew inspiration from cubism, modernism and neoclassicism to create the 'total' style we know and love today: art deco (the term coined thanks to Paris's 1925 Exposition Internationale des Arts Décoratifs et Industriels Modernes). Such was the impact of this 'modern style' that it carried on well into the 1930s.Artists and writers also flourished during the era – especially if you knew American expat, art collector and mentor Gertrude Stein, who opened her house (at 27 rue de Fleurus) to the 'Lost Generation' of American literati (including Hemingway and Fitzgerald), and artists like Picasso and Matisse. So huge was the impact these personalities would have on the world that many Left Bank cafés (where the legends hung out when no 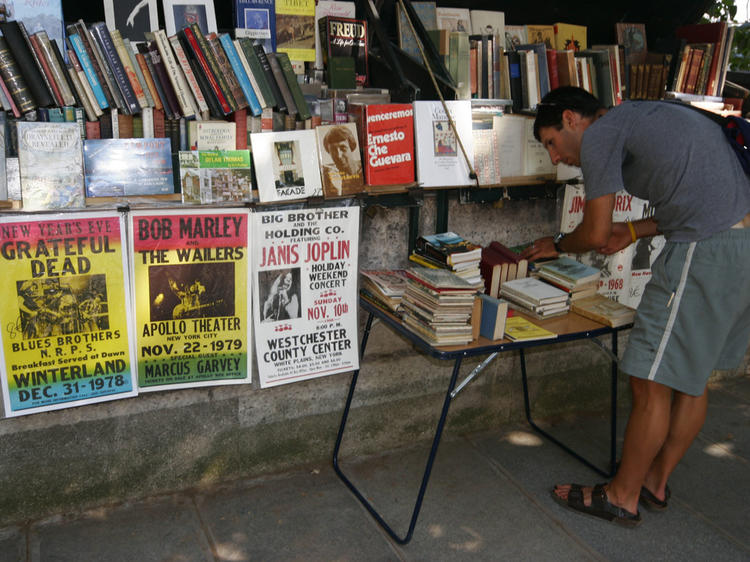 Markets for books and collectables in Paris

Pick up used tomes, fancy stamps and more Bouquinistes Fitzgerald, Hemingway, Man Ray and the rest of the ‘lost generation’ of the 1920s browsed here, and the atmospheric lines of used booksellers with their painted wooden stalls along the banks of the Seine are an unmissable stop-off – even if only for a photo opportunity – for every visitor to Paris.There are 217 licensed bouquinistes, totalling around 300,000 volumes and 3km of quayside browsing. Some of them sell more postcards and Eiffel Tower keyrings these days, but with time and patience you can still find affordable first editions, intriguing second hand finds and other curios... Marché aux timbres Every Thursday, Saturday and Sunday, free your inner geek at the Marché aux Timbres (stamp market) on the Champs Elysées (corner of avenues Gabriel and Marigny). Aside from millions of stamps from across the world, you’ll find old postcards, some with hand written messages, others simply yellowed by the passing of time.  Stamp collecting is serious business in France, so expect lots of professionals scouring the stalls, as well as parents with children looking for something special to treasure. The market also opens on most bank holidays... 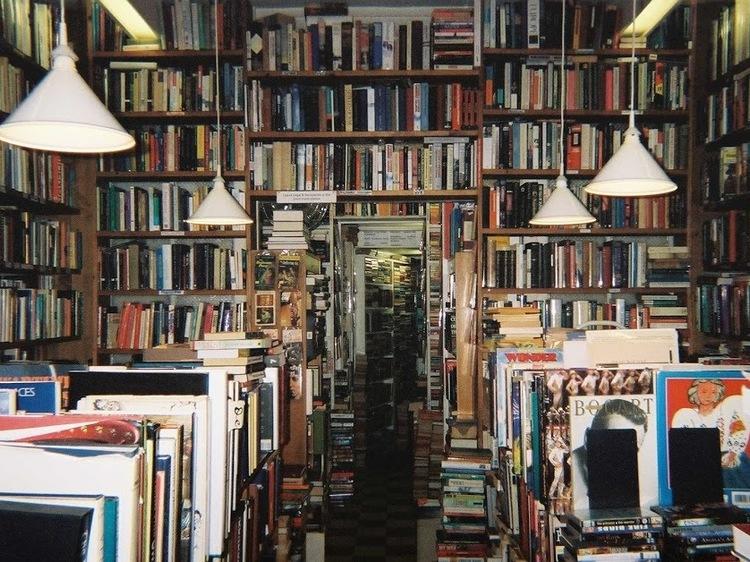 In the last few years there have been some sad casualties on the English bookshop scene in Paris, with much-loved outlets Tea and Tattered Pages, Village Voice and Red Wheelbarrow all closing their doors for the last time. But the city that nurtured Hemingway and Fitzgerald, Orwell and Beckett remains a major hub and an inspiration for English writers and readers, and there are still glossy emporiums, delightful second-hand treasure troves and plenty of mixed-language outlets to explore. They're also great places to find out about literary readings and events (particularly Shakespeare & Company), and invariably have a message board with postings for language classes, book exchanges, clubs and accommodation notices. Expats, tourists, language learners, lovers of English literature in Paris, read on... The Abbey Bookshop Celebrating 20 years in business, the tiny Abbey Bookshop is the domain of Canadian renaissance man Brian Spence, who organises weekend hikes as well as dressing up in doublet and hose for a spot of 17th-century dancing.The tiny, narrow shop stocks old and new works, a specialised Canadian section, and highbrow subjects down the rickety staircase. Several thousand more books are in storage, and he can normally order titles for collection within two days. Berkeley Books An offshoot of San Francisco Books in the next street over, Berkeley opened in 2006 and as well as the shop runs a well-organised website with an online catalogue and calls to buy, sell and excha