If you thought that Penang’s live music scene is all about cover bands and cocktail lounges, think again. Resident metalpunk musician and author Marco Ferrarese guides you through the burgeoning underworld of Penang’s extreme music scene

Loud heavy-metal guitars, guttural vocals, hardcore mosh-pits and spiked hairstyles might well be considered exclusive subcultural exports of the western nations. As a matter of fact, most first-time visitors to Penang never suspect that there’s a burgeoning underground music scene here, radiating from a studio on Weld Quay. Heavy metal, punk, hardcore, indie, rock and roll... Soundmaker Studio has it all.

Tucked away on the first floor of an anonymous building along George Town’s coastal thoroughfare Pengkalan Weld or Weld Quay, it’s here that Penang’s underground music revolution churns distorted guitar riffs, regardless of the Malaysian authorities’ distaste for punk and heavy metal that’s persisted over the last decade.

Making headlines, so to speak
In fact, the reason the local underground culture stays well under the radar is because Malaysian extreme music has intermittently flashed local and international headlines since 2001. Targeted as the main cause for loose morals, drug use and alleged ‘devil worship’ among youth, the underground suffered the most crucial blow in January 2006, when the National Fatwa Council banned black-metal music. Censors started to scrutinise rock bands, looking for the Devil’s imprint, and leading international acts such as Megadeth and Mayhem to be forbidden from playing in Malaysia during their Asian tours. The whole spectrum of Malaysian rock was shot down in flames.

The question is...
Is underground music that dangerous and evil? Absolutely not. To virgin eyes, however, a visit to Soundmaker could certainly come as a shocking introduction to hardcore punk style.

The cigarette smoke is thick as you throw a token to the spiky-haired punk-rock Charon in charge of the door and when the Gates of Hades open, the dominant darkness is breached only by dim lights.

On a stage, a band of young guitar gangsters uses the PA to spray the walls with three-chord aural bullets. Down in the pit, dozens of ‘souls’ slam-dance against each other, running and moshing in circles.

Your heart might start beating faster when you see some of the fans jump from the edge of the stage and over the excited crowd. Nothing to worry about though, as all of this energy is the norm at this much-needed subcultural venue. To quote AC/DC, let’s just say that for some, ‘Hell ain’t a bad place to be.

How it began
Started seven years ago, Soundmaker developed into a powerhouse of punk, metal, thrash and alternative music by offering almost fortnightly weekend shows. ‘We needed a venue to keep the bands going, a space with freedom for any music, and a recording studio as we couldn’t afford to pay for one,’ explains 33-year-old Cole Yew, a hyperactive musician, producer and one of the three shareholders of Soundmaker.

Since January 2014, this prime alternative hang-out space has intensified its activities: Besides the regular weekend gigs, it now operates daily with a newly installed bar, independent movie screenings, card games, a dartboard and a fully equipped room available for jamming. A very welcome change in a city like George Town where, besides this venue, underground music lovers can’t find other suitable dedicated live music venues.

Thriving on Popularity
So far it has worked well, attracting the powers of rock and roll, hundreds of young Malaysian punks, metalheads and rockers who want to find music and like-minded entertainment. The occasional foreign faces have also braved the premises and enjoyed Penang’s underground activity. ‘No other place has regular punk gigs in Penang,’ says Dzul, a regular in charge of local underground record shop Dead Beat.

Penang’s underground music has to be taken seriously, as it’s been able to foster ethnic relations and fill up a very dangerous cultural void by catering to those youth considered as ‘deviants’ by self-righteous Malaysian social groups. And if you still don’t believe it, make a trip to Soundmaker and see for yourself. The whirlwind of human limbs is just a walk away from George Town’s main jetty at the end of Chulia Street. Do you fancy a spin? 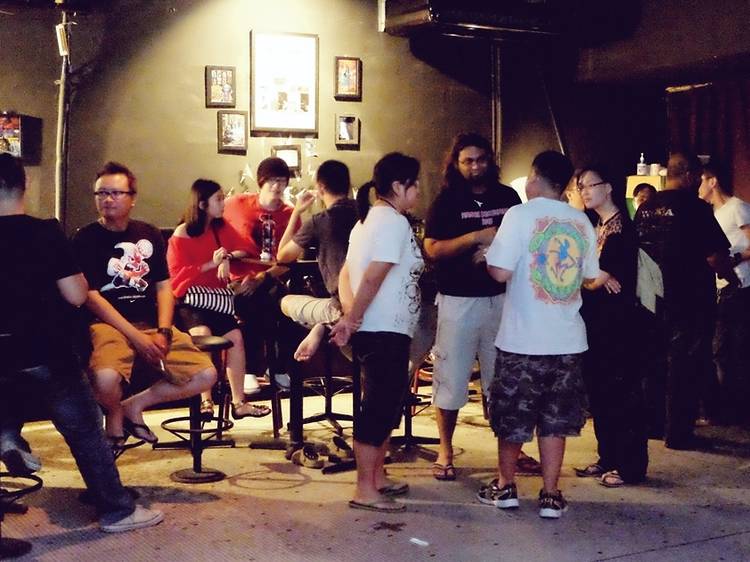 The studio opens daily from 2pm–1am. During the day, it mostly functions as a recording and jamming studio. Things definitely pick up at night with live bands or alternative rock, punk, metal and DJ sets.

Just around the corner from Universiti Sains Malaysia, Signature Studio is a jamming space dedicated to independent musicians or just about anyone who is musically inclined.

Located on the fourth floor of Komtar, Dead Beat is a great spot to find old-school casettes, CDs and rare vinyl collections. They also operate as a recording label that primarily focuses on death metal, grindcore and thrash metal. 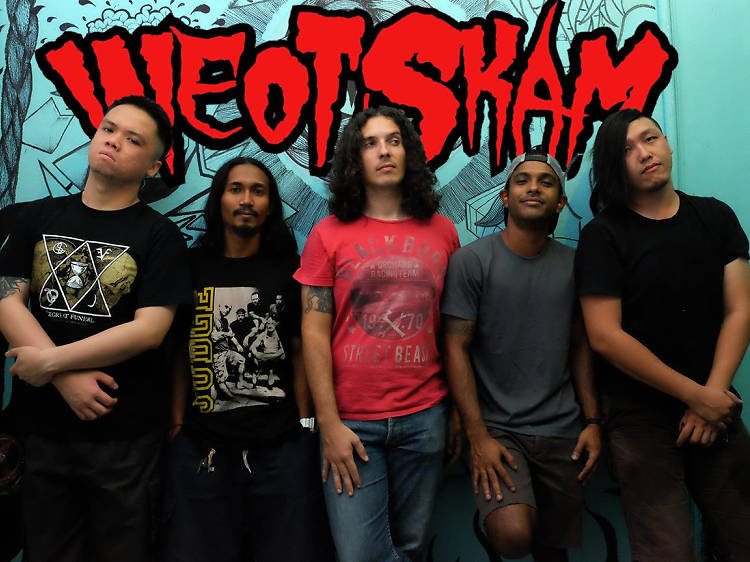