The future of Penang's music scene

Those in the music industry predict a brighter future in Penang. Poet and songwriter Ksatriya finds out why

'Penang is a special island.’ Wee Khee Loh’s words float between my ears like a half-remembered melody. Better known as Samwise, he has been quietly toiling towards his goal – a world-class recording and production facility right here in Penang.

‘I started by doing non-profit work from my bedroom at my parents’ house in 2001,’ he begins. Now, his studio is constantly busy with clients looking to do production work. Glamorous, signed prints of successful clients adorn the studio walls. ‘There is a lot of talent here. There’s a lot of unique diversity. It’s a place of creativity that only needs a chance to flourish,’ he continues.

Wee Khee’s not the first to express that sentiment. An artist and folk-rock musician who has been in the scene for decades, Kien Lim was born in Brighton, UK where he performed for a few decades. He grew up in KL and Penang, where his parents are from. Kien brings a unique perspective to the table. ‘The Penang music scene is a bit more daring,’ he observes. ‘I like what’s happening in Penang. In terms of music and art in general, there is a lot of exciting things occurring.’

A new horizon
In fact, this seems to be a common thread among most of the artists, performers and other creative professionals I meet. They seem buoyed by a cautious optimism, a measured sense of relief that the time has come for this place to ‘boom’.

There is much to be optimistic about. In the last few years, Penang has been completely transformed by arts and literary festivals such as the Georgetown Festival, the Georgetown Literary Festival and the latest addition to the growing list, the Penang World Music Festival. Murals and paintings adorn the streets and walkways of the city centre, pioneered by celebrated Lithuanian artist Ernest Zacharevic.

Arts cafés such as China House are mushrooming all over Penang, featuring mostly Malaysian musicians, in stark contrast to the common practice of hiring Thai, Indonesian or Filipino cover bands.

For many of the Penang artists and creative entrepreneurs, this budding renaissance has been a long time coming and many make it only this far after overcoming seemingly insurmountable obstacles.

The Road Less Travelled ‘Starting in 2001, I began by doing music composition and arrangement for charity organisations for about five years,’ Wee Khee says. ‘Back then, there weren’t as many opportunities. It paid very little.’ He chuckles. ‘It was an uphill struggle the entire way.

‘At the end of those five years, I was just about ready to give up. I had made very little progress, and although there was some income, it wasn’t very much. At a time when my friends were buying their first house, their first car, or getting married, there I was making almost no money. I’d taken a huge risk, and at the time it seemed like maybe I had made a mistake,’ Wee Khee confides.

Engbok Ang, a former accountant-turned- creative entrepreneur, encountered a similar challenge. Engbok has been working tirelessly to develop the local music scene for more than a decade. He currently manages a recording studio in Ayer Itam called yNot Music Studio.

‘I started composing when I was in secondary school,’ Engbok states. ‘Back in the day, my colleagues and I had a pretty successful creative group and band. We used to perform and organise activities for Penangites. It is not an exaggeration to say that we could fill large venues to the brim. But, times have changed. Where art and culture used to be an integral part of our lifestyle, now original artists are losing out to large music corporations from America, Taiwan and South Korea,’ he says wistfully. 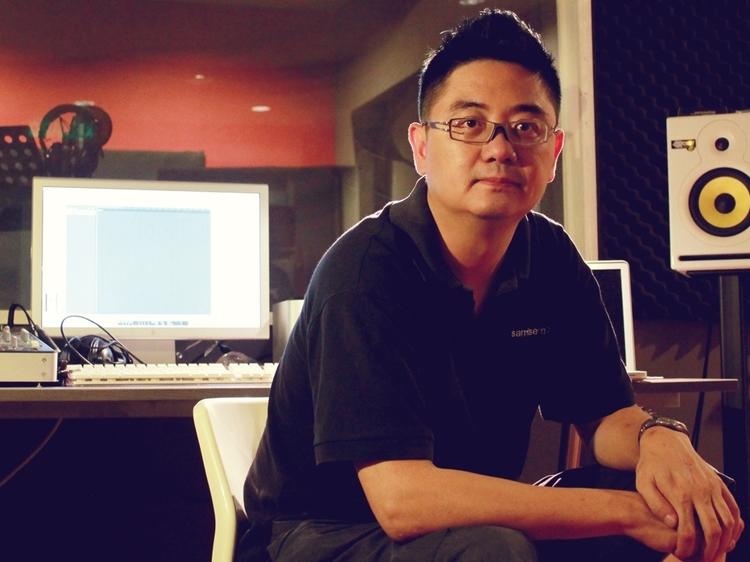 Around the bend
The revitalisation of George Town brings with it more opportunities for artists looking to express themselves and the uniqueness of their living heritage, either by creating and performing original work, or performing popular favourites with a local twist.

Ray Rozells and the Jazzhats specialise in the former. Based out of the Hard Rock Hotel in Batu Ferringhi, opportunities abound for them. ‘There are so many gigs for us in Penang, why venture out?’ Ray says. The silver-haired, husky-voiced singer continues, ‘Yeah, we’ve played in Singapore, we’ve played in KL, and we’ve even played in Thailand. But it was only because the conditions were right. Otherwise, why bother with the hassle of traveling. Basically, we’re not above the audience. We know what the audience wants, and we give it to them. That’s the secret of our success as a band.’

Dasha Logan is a singer and budding songwriter who’s been in the business for a decade. She might be young, but she is making waves. ‘Penang has provided my strongest support base. Wherever you go, you see Penangites looking out for each other, even all the way to London!’ she exclaims. Dasha believes that Penang is a great place for a young artist to spread their wings.

‘We may have fewer venues to perform, but the few venues we already have are amazing and put Penang on the music map. Five years from now, Penang will be known for hosting one of the best jazz festivals, and will be known worldwide not just for our food, but also for our music!’ Her excitement and optimism are contagious.

Kien’s answer is more measured: ‘I see Penang becoming like the South by Southwest of Asia [SXSW as it is commonly written, is a music, film and art festival/conference based in Texas]. I think it is going the right way. I think Penang artists are open to experimentation and there’s a real sense that they’re pioneering something uniquely Penangite or Malaysian. Maybe it’s not quite there yet, but if they can find a way to make it sustainable, I think a lot of interesting things may happen,’ he says with a smile.

‘Basically, what we need to go further is more people with artist management, marketing and business skills. People who’ve got some experience in the global music industry and festival circuit, who can come in and leverage on the abundance of talent here. There’s a real opportunity here, but currently I think we don’t have enough people with those kind of skills,’ he concludes. 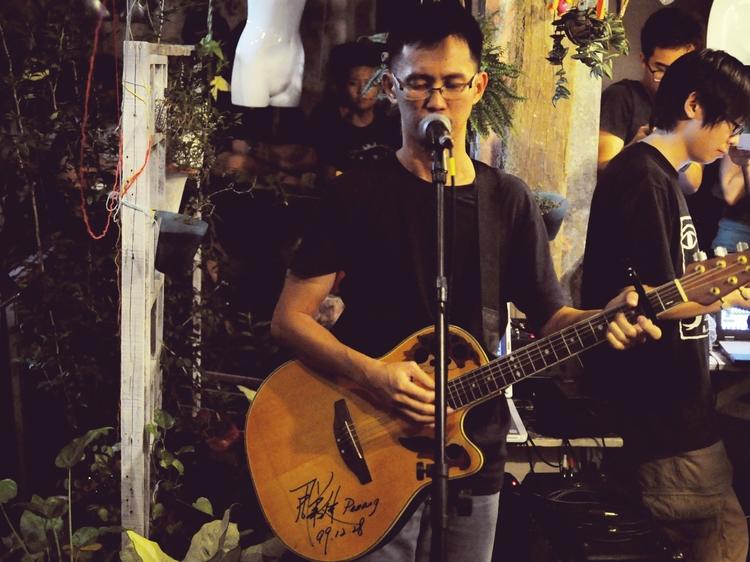 Shining lights
The Rubberbands, a fairly young pop-blues/fusion band that debuted at the popular monthly variety show 'Say It Like You Mean It', have been busy earning their stripes by performing all over Penang island. They’re currently writing material for their first EP.

Eric is the lead vocalist, guitarist and manager of the band. ‘Our members come from different genres and also different generations. I grew up with the ’80s electronica sound, and Sean and Max, our drummer and bassist respectively, both come from the canto-rock scene. Ruth, who plays lead electric guitar, is from an acoustic pop background. What we try to do is create something meaningful out of the so-called chaos of our diversity. Hopefully, we can come up with something that will be called “the Penang sound”, like Brit-rock or Texas blues,’ he says.

Wee Khee shares this pearl of wisdom: ‘You need perseverance. You need endurance. You need to have faith. Only then can you be an artist.’ It’s evident that those qualities have served him well, as he is currently planning to expand his studio and offer more diverse services to clients.

Engbok finds those qualities essential as well, ‘You can’t be in it to be famous. A lot of times I meet kids who come into our studio wanting to become famous. I tell them to become good at what they do first, and then being famous will follow.’ He is currently busy with the production of a compilation CD titled ‘Oh My Penang’ offering original music by Penang musicians. Engbok hopes it will communicate to the world the kind of artistic fusion that is happening here.

Kien has been instrumental in providing a platform for Penang musicians on the China House stage. When asked about his ambitions for his own music career, he replies, ‘I see myself playing at folk-rock, blues and alternative music festivals all over the world. I do it for the reasons of art. I have a vision of where my art is going, and that is the vision I pursue.’

Less than a decade ago, Penang suffered from a critical brain drain of creative talent, but because of the hard work, perseverance and passion invested by a few individuals, the island is seeing a revival, and perhaps even the beginnings of a renaissance.

There is still plenty to do and many challenges to overcome, but this presents a unique opportunity for creative, experienced and brave individuals to make a name for themselves, seldom available anywhere else around the world. With that, I leave with the glorious feeling that the best is yet to come.
Show more