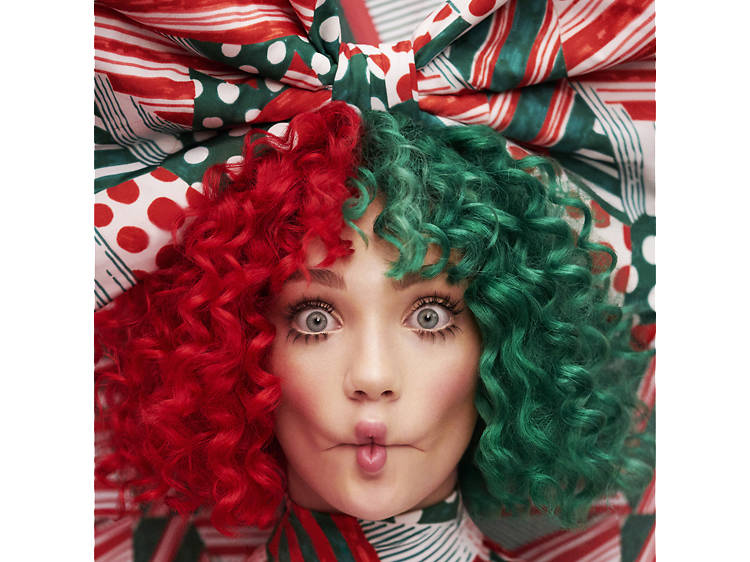 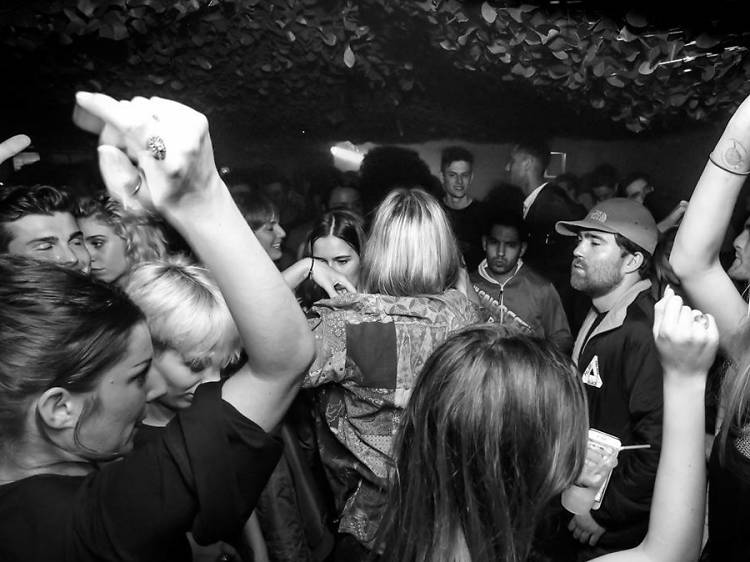 So you’ve never been to… Bar A Bar?

In a nutshell…A 250-capacity basement club catering for a wide range of leftfield music tastes, with an excellent soundsystem to boot. Where is it?Located in the hinterland between Stoke Newington High Street and Dalston’s notorious ‘strip’, Bar A Bar often gets missed off the east London nightlife map – but that’s what makes it so special. What’s the vibe?Bar A Bar is stripped-back, no-frills and tucked away from the chaos of Dalston. A downstairs venue with a smoking section out the front, the club’s minimal seating implores you to dance, but the dimly lit dancefoor is more than inviting. Bar A Bar attracts a hedonistic crowd, but unlike other east London venues, posers are thin on the ground. What makes it a great venue?It's not trying too hard to be cool. Bar A Bar has kudos in the underground house and techno world, but it doesn’t need to shout it from the rooftops. A haven for local promoters and DJs, it’s dance music’s answer to a social club – the kind of place you can stumble across a London legend like World Unknown’s Andy Blake playing a set to an intimate Friday night crowd. What’s the booze situation?Don’t expect fancy cocktails or stacks of craft ales: the drinks selection is as pared back as the decor. Lager, spirits and mixers, and wine are all available at the standard east London prices, best washed down with a tequila or three. What’s coming up soon?Dance away autumnal gloom with sizzling off-cuts of weirdo house and techno courtesy of local promoters Disco

A Museum of Modern Nature

What’s your personal relationship to the natural world? Are you an allotment-tending city dweller who eats their own greens? An eagle-eyed forager who sources their food almost exclusively from the great wild kitchen? Perhaps you enjoy running through fields of wheat for kicks – because nothing beats a brush with nature when you’re feeling naughty. In 2015, the UK’s urban population was reported at over 80%, so for a staggering amount of people living in this country, everyday nature can only exist within the context of the human. It’s there in the bubblegum pink blossom tree that brightens up the east London street and the tweeting bird whose falsetto has to compete with the cacophony of high street traffic noise. In cities, nature is all around us, but it’s just not always so obvious. ‘A Museum of Modern Nature’ delves into this concept by crowdsourcing objects borrowed from members of the public that signify their relationship to the natural world. The museum received some 150+ items in total, before a crack team of specialists – including a plant medicine shaman and a dairy farmer – whittled the stash down to 56 pieces. In isolation, these inanimate objects are pretty ordinary – an empty Princes’ Pure Apple Juice carton, a plastic turf grass sample, a pair of trainers and a vial of milk teeth – but they are injected with individual narratives that seek to bring them to life. The patron saints of televised nature, Michaela Strachan and Chris Packham, make welcome cameos w

Going to Field Day? Here are the stage times and our guide of who to see

Over two days at a new Enfield site, you can catch a huge selection of maverick, innovative acts playing at Field Day festival. Here’s our guide to 10 must-see artists. FRIDAY GUIDE Earl SweatshirtEarl Sweatshirt channelled the pain and grief of losing his father (a former South African Poet Laureate) into the fuzzy sampledelic triumph that is his third album, ‘Some Rap Songs’. Watch the LA prodigy work his low-key magic on an unsuspecting festival crowd – it’ll be a (very laidback) riot!’ Kelly Lee OwensWelsh producer Kelly Lee Owens has worked with Björk and St Vincent, and was a member of indie band the History of Apple Pie, but her recent pair of perfectly formed peaky bangers, ‘Let It Go’ and ‘Omen’, prove that she’s got plenty of party-starting tricks up her sleeve. It’s pulsing, driving, hands-in-the-air electronic bliss. MahaliaAfter supporting Ed Sheeran and Emeli Sandé, and generally slogging away at the music coalface, Mahalia has gained a well-deserved foothold in the UK’s thriving R&B scene. She’s been in tune with music for as long as she can remember, and you’ll hear this affinity throughout her performance of ‘Sober’ and other throwback gems on the Friday. TirzahTirzah has been quietly powering the UK underground for years with her offbeat excursions in avant-pop, wonky club and post-grime, but last year saw the Londoner step out into the spotlight with her breakout album for Domino, ‘Devotion’. You’ve definitely heard ‘Fine Again’, ‘Gladly’ or ‘Holding On’

One of the greatest parties in the world, Block9 is coming to London

Only when you've been to Block9 can you truly appreciate just how wonderful it is. Until now, the only way to engage with this jaw-dropping, queer disco village was once a year at Glastonbury. Block9’s different venues – NYC Downlow, London Underground, Genosys and others – have truly become the heart and soul of the world’s greatest festival. And now it’s coming to London for the party of the year. On December 9 and 10, Block9 will land at east London’s Royal Docks. It will officially open The Silver Building in Silvertown, a 50,000 sq ft brutalist warehouse that has been reborn as a shared workspace offering affordable studios and more in an area of the city on the cusp of transformation. © Kamil Kustosz   In keeping with their ability to persuade the best selectors to join the party, Block9 have lined up some of the finest underground DJs – both veterans and first-timers – from all over the world for the two-day bash. It’s worth marvelling at the timings of the parties too: Saturday’s starts at 2pm and runs for 18 hours until 8am Sunday morning. Then just four hours later, Sunday’s starts and runs for another 12 hours until midnight, with a whole new line-up. The hours reflect just how Berghain-esque this whole weekender will be. Similarly, punters expecting the huge, towering and detailed sets of Block9 at Glastonbury should recaliberate now – this will be a proper, lights-down, black box warehouse rave. All the while featuring performers and crew from NYC Downlow will