Sure, almost everything in Seoul seems group-oriented. But at these places, the zen of drinking alone soon reveals itself. 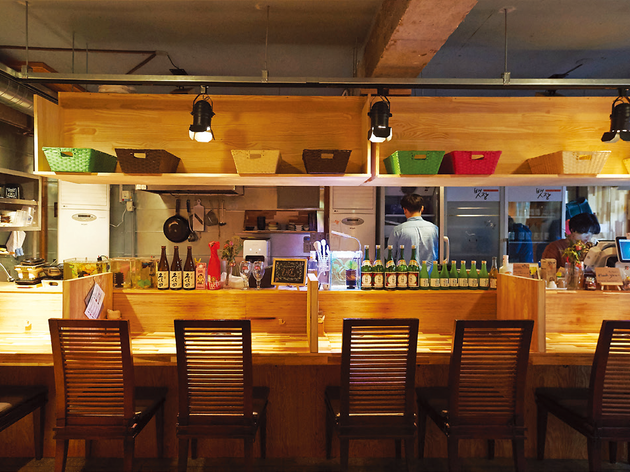 We’ve had those days, when we feel the urge to just grill that meat up at a Korean barbecue place and drink some alcohol even if we’re alone. Well, at Baejang, you don’t need to think twice anymore (or hear, “there’s a ‘2-person minimum’ order” echo from your back). This bar has not only sectioned tables but also single person grills ready. The meat? It’s among the best you can get in Seoul. Baejang’s all-Hanu beef menu includes skirt meat, sirloin and short loin, and while the minimum order starts from 30,000 won the quality’s worth the price.

Solo drinking tip: you don’t want to cook the 1++ grade Hanu beef to well done. Be mindful even if you end up getting drunk. 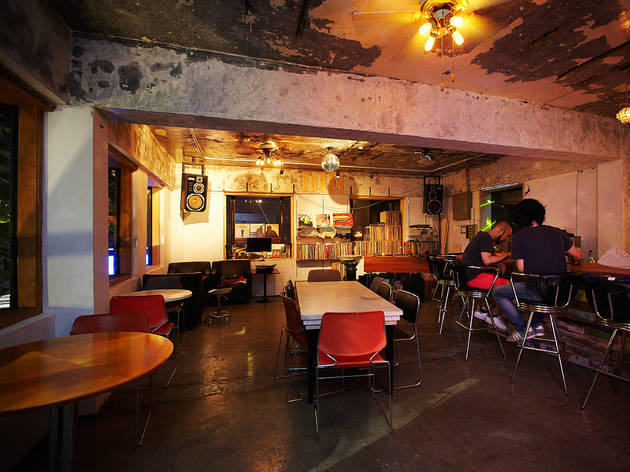 Walking into Mapyung Vinyl & Music, you’ll first notice the emerald colored sign, disco balls and lots of vinyl records. The music here is without a doubt one of its beauties—while the DJ’s play music that ranges from what was hot in the '60s to current Korean indie, you can also make song requests on hot pink Post-its and stick them on the turn-table (whoever's spinning will do their best to search for it in their 10-year LP collection or play something similar). With such awesome playlists, how can we skip the alcohol, right? Wine, vodka, rum gin, tequila and beer—everything that’ll get you drunk and more, Man-pyung Vinyl & Music’s got it. The menu includes some light snacks, as well, including Nürnberg sausages and cheese & salami platters (you might want to get something to eat beforehand for a proper meal, though). If you visit here once, you’ll want to come back here with that someone in your mind. And by all means you should, ‘cause the mood’s so right.

Solo drinking tip: the vibe here around the sundown is not to be missed. 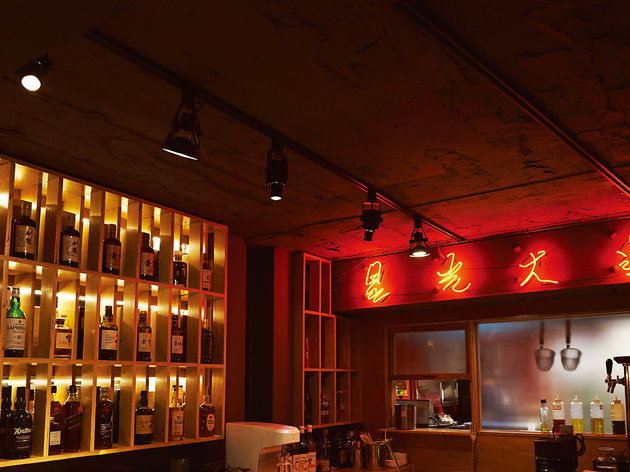 After walking up to the hill past the numerous shops in HBC, you’ll notice a bright red sign with a 4 letter Chinese word marked on it. Taking the theme from Hong Kong’s Avenue of Stars, Seonggwangdaedo exudes a uniquely mysterious atmosphere that’s quite suiting for solo drinking. With a large bar section and jazzy tunes coming out of a vintage speaker, you’ll for sure be allowed some quality time for yourself here. Alcohol and food menus here are a killer, too. With the dozens of choices for cocktails, it might be a little difficult to pick one, but any of them goes awesomely with the Japanese style meatball on a stick dish which comes with bell pepper and a raw egg. And just so you know, Seonggwangdaedo opened in September, 2016. Not many know of this place yet, but judging from its vibe and everything else you can get here, we’re sure it’ll soon get crowded.

Solo drinking tip: grab a high ball and a stick, a perfect composition. 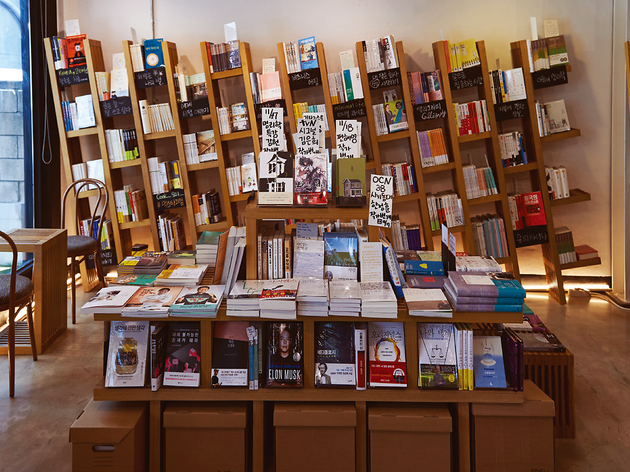 Books and alcohol, it’s a beautiful pairing, really. And Book by Book, located in Sangam-dong near Digital Media City Station, is a perfect place for it. Once you step into this spacious 2 story venue filled with novels, essays, comic books and used books, you’ll get right into the mood for “books and beers.” This bar/bookstore is also known for its guerrilla meetup events, where readers get to meet authors and casually talk, all the while nursing that all important beer in their hands. The cover for the event is only 10,000 won, and it includes one free beer or soft drink. This month, in November, Book by Book will be welcoming the writer Kim Eun-hee (who has written the scripts of the Korean drama Signal). You can find more details on the event and author schedules on its continuously updated blog. 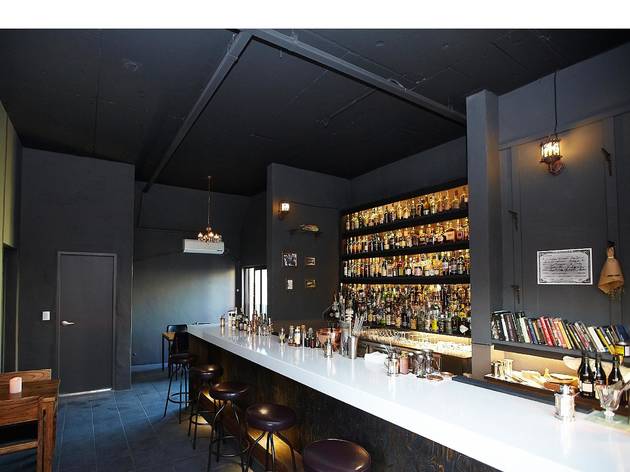 If you’re into classic cocktails, this is the place for you. Recommended by Time Out Seoul’s editor-in-chief Lee Dong-mi, bar Old Fashioned offers delicate cocktails and endless stories behind them. Drinking alone here? There won’t be a second for loneliness—the bar's quiet, but you'll be entertained and nurtured with the bartenders’ impressive knowledge, stories and skills. And whilst drinking alone, you'll likely to meet an interesting character or 2, who are equally into cocktails and as fashionably old fashioned as you are. 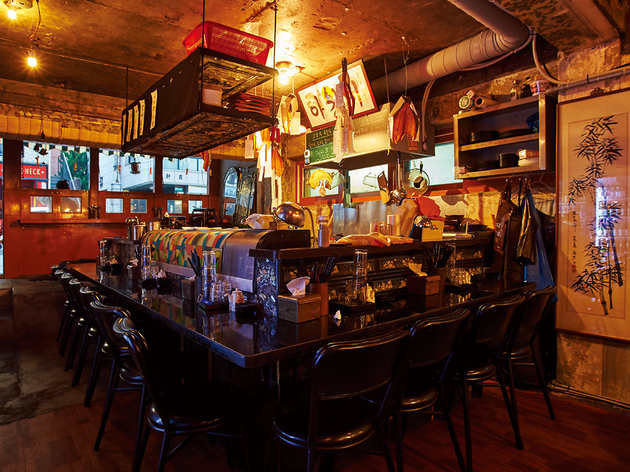 It's not just the name. This interesting bar is indeed a union of 3 different but equally unique bars: Agami which offers well aged sashimi, a pojangmacha style pub Yudeokhwa and bar Mindeulle (Dandelion). As collective as the bar itself is, Turtle Union is usually filled with patrons who came in as a group. But there are great hidden spots for solo drinking here: the cozy corner seats at each of the bars. Start with some cocktail from Mindeaulle, accompany it with some assorted sashimi from Agami, and if you feel hungry, fill your stomach with the thinly sliced brisket salad from Yudeokhwa. As you go through each bar’s menu, you'll notice that the noise at this place serves an interestingly soothing element for your solo drinking session.

Solo drinking tip: the moment you step into this place, know that you've already got 3 buddies by your side. 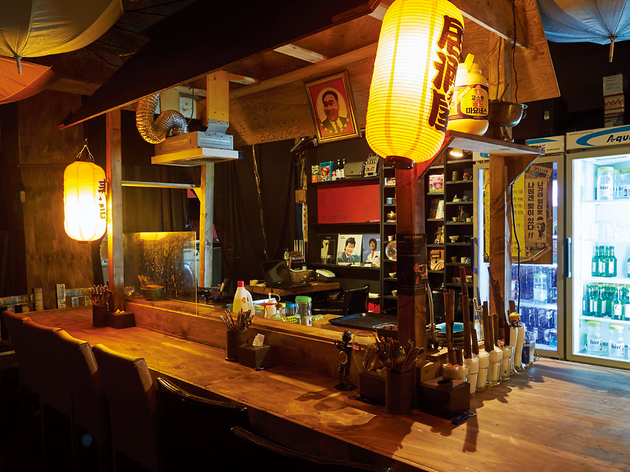 What a gem it's been, in the midst of Sinchon. From its name to the character of the bar manager DJ Tiger Disco, there's nothing about this bar that is not unique. Even in the names of the dishes, you can sense the owner’s wit. The taste, though, of “the lemon dressing flowing over the Dong Po Rou (braised pork belly), Mao Zedong’s favorite,” “pork and shredded shallots, pan fried with Sr. Lee Kum Kee” and “cream sauce mackerel which used to be super popular in the 18th century France,” is no joke. The pollack roe rice dish which costs only 5,000 won is a must try, as well. In terms of solo drinking, Ingansilgyeokpae qualifies as more than perfect—it not only welcomes those who came in to drink alone but also forbids any group of more than 5 people. Alone, but with the chillest staff who'd let you feel a thing or 2 about life, art and other important things, you might discover the zen of solo drinking.

Solo drinking tip: the bar's currently in hiatus, with the plan for a new venue. Keep tuning in for good news. 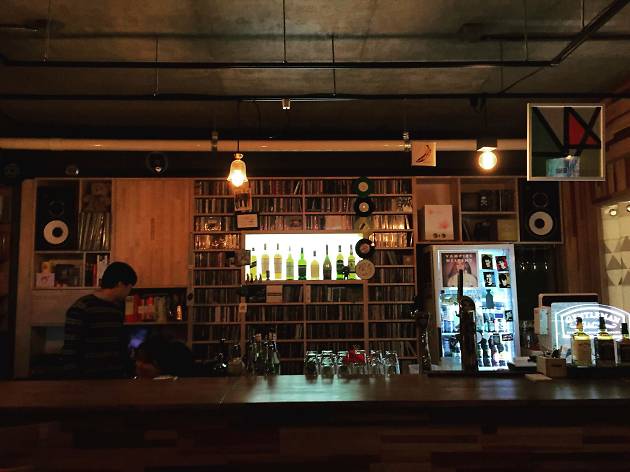 With a bar section located in the middle, numerous CD’s, vinyl records, a turntable and wooden interior created by the owner himself, There There Music Pub provides a sanctuary for rock fans in Seoul. As a music critic, the owner will not only select the right tunes for each night but also offer stories behind music and bands we admire. As such, the bar is always filled with indie and punk bands, designers, artists and film directors alike. You can get Ulsan’s very own Trevier Hoppy Lager, or one of the many cocktails named after song titles such as Get Lucky or Strawberry Fields Forever—they’ll for sure mellow you out when you’re drunk on the sweet tunes.

Solo drinking tip: on the nights when you just want to shout, “rock and roll!” without feeling silly, you’ve got There There. 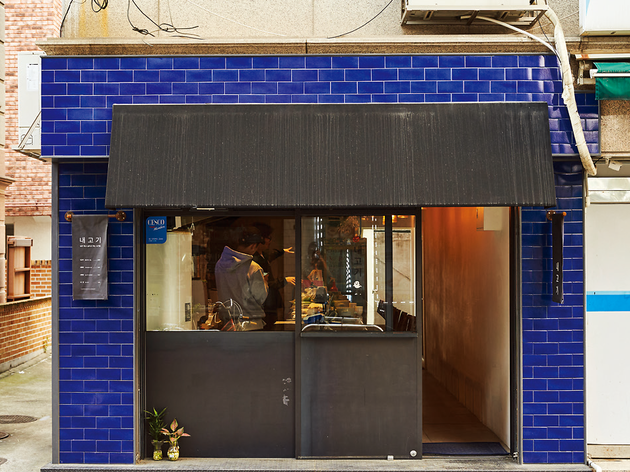 Walking into Naegogi, located in Mangwon-dong near Dongyo Elementary School, you might feel as if you’re taken into a kitchen of a Japanese manga character. Without any separate table, there’s only a bar section where beef barbecue, bottled beers and Hwayo soju are served. Despite the small size of the venue you’ll see “reserved” sign placed on many of the bar seats. The barbecue menus are solo drinker friendly, and without any other staff besides the owner, you’ll feel right at home even when you’re alone here. Don’t be surprised to see a changed menu at your second visit—it’s up to the owner’s decision each day. The quality of the food, however, is constantly excellent.

Solo drinking tip: a pint of beer paired with a solo drinker friendly portion of food might be what you need on your way home after a long day. 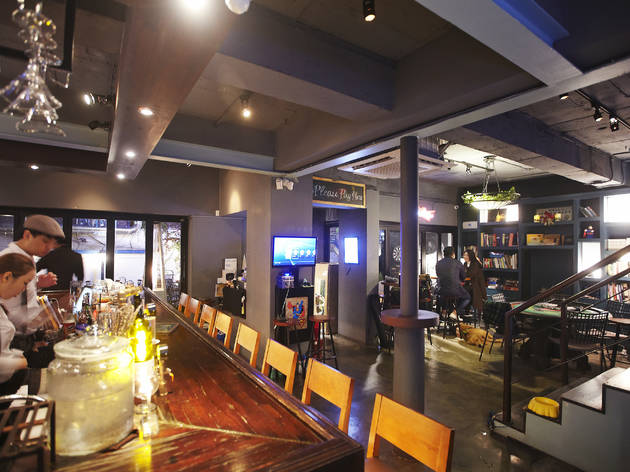 Inside a renovated 2 story house in Daehangno, Mix & Malt provides great classic and signature cocktails, coffee menu and entertainment. With a large bar section, a poker table (feel free to join the others whenever there’s a seat) and Play Station (Winning Eleven 2017, anyone?), you’ll get a plenty of booze and entertainment for your precious time alone. If you get hungry, try their fish and chips served with a whiff of malt vinegar. The signature sous vide hanger steak, Buffalo Shrimp Sandwich, Bangers & Mash, chili mac & cheese and lasagna are equally great.

Solo drinking tip: When you’re in the mood for mingling, this is the place for you.