Scarlett Johansson: ‘Trump is a megalomaniac’

Scarlett Johansson has been sharing her beliefs loudly and proudly this year. She put the boot into Ivanka Trump on ‘Saturday Night Live’ earlier this month with that spoof TV commercial for Complicit perfume. It was no different when I met Johansson back in January to talk about her new movie, the futuristic sci-fi epic ‘Ghost in the Shell’. We spoke just days before the inauguration of Donald Trump, and the conversation headed away from the movie, a remake of the 1990s Japanese manga and towards politics: she was furious and didn’t care who knew it. A week after we spoke, the actress took to the podium in Washington during the Women’s March, in defence of abortion and reproductive rights. Some actors worry about straying beyond the day job – not this one.

You play a cyborg in ‘Ghost in the Shell’. Where do you even start playing a character that’s not human in any normal way?
‘It felt restrictive. There’s nothing extra to her. She’s efficient. There’s no fumbling for the right thing to say. She doesn’t nervously fidget. She’s not exactly mechanical, but she’s driven, and as an actor you rely on physical nuances, vocal nuances, things that connect with an audience. You don’t want to give a performance that’s monotonous. But it has to stay true to what her experience is. It was challenging.’

Are you interested in how technology affects us more generally?
‘I’m wary of it. I’m probably more wary than someone who isn’t in the public eye. I see the value of anonymity in a way that one cannot unless they don’t have it any more! We live in a world where so much is shared about us and anonymity is such a precious thing. I can’t imagine why you’d actively want to give it up. That’s why I don’t participate in social media. It seems like it can be a great waste of time.’

As an actor, you don’t choose to give up anonymity. The loss must creep up on you.
‘It comes with the territory, I guess. It’s an adjustment. It’s the unfortunate side-effect of doing a job that you love. At the same time, it’s part of the reason why you can do the job you love. One hand holds the other. I don’t feel like I have to actively give up my personal life though. I don’t have to overshare.’

You live and work in Europe a lot these days. You shoot the Avengers movies in the UK. Do you still think of yourself as a New Yorker?
‘Yeah, I do. I’m a New Yorker. It’s something that follows you. It’s an inherent part of how you approach life in general, being a city kid. I carry it with me whether I’m aware of it or not. How I function in other cities, how I problem solve, how I get things done, how I communicate. It’s all the product of growing up in a city where anything is possible. The city is unforgiving, it’s beautiful and tragic and, you know, available and distant, all in one afternoon.’

Are you a fan of London?
‘I love it, it’s a great city. It’s kind of like New York in that sometimes you go there and it’s disappointing. It just feels like it’s full of tourists and everything’s too expensive and nothing cool is going on. Then you go back a few years later and you’re like:  Wow! Everything’s fresh and new, and there are fresh and interesting new shops and ideas and galleries and neighbourhoods and music. Every few years it has a renaissance. Londoners are like New Yorkers in some ways: they’re survivors, pushing through.’ 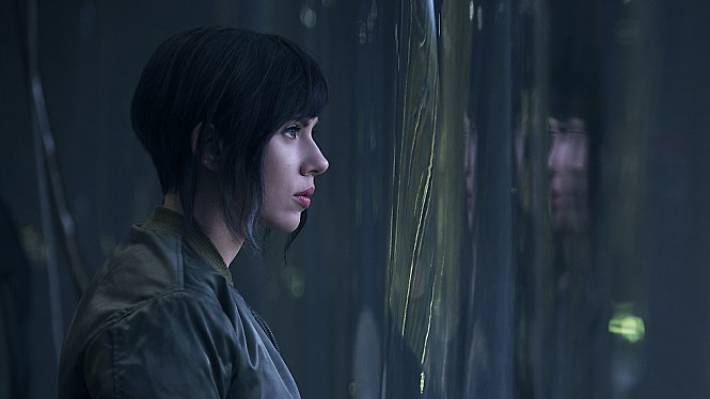 Thinking about the future feels timely right now. Do you think recent political events have put the future into sharp focus for a lot of us?
‘Yes, and we’ve been kind of complacent. In the United States we don’t have mandatory military service, or a draft, or anything like that, so people don’t necessarily think about voting, which in some other places is a life or death decision! Now it’s all catching up with us. It’s brought us to this new administration, which is scary.’

What do you find most frightening about it?
‘I’m most concerned about the environmental ramifications because that’s a clock you can’t turn back. We’ve had other administrations that were backward, in that they were not progressive. But this presidency is unprecedented because we have someone in office who has absolutely no political experience whatsoever – ever.  He’s an unpredictable person who is clearly a megalomaniac. But the thing that is scariest is the huge environmental impact. Also, we have an administration that is completely out of touch. Someone like Trump has been out of touch with the everyman for decades!'

And yet Trump campaigned as a man of the people, as an anti-establishment voice…
‘I don’t think he is seen as a man of the people, though. I think that people are in some ways so self-loathing that they couldn’t actually elect somebody who was speaking to them. Voters just thought: Let’s try something else! Without actually thinking what that could mean. Reform: yes, I’m for that. But being anti-government altogether? That doesn’t make any sense. It’s ignorant and silly and frustrating. But there you have it – four years! Darkness is nigh. It’s okay, I’m staying. I’ll fight the good fight!’

You’re best known across the world for playing Black Widow in the Avengers series. What is it about that character that has kept it interesting for you for so long?
‘I’ve been able to peel back the layers of that onion for, like, eight years now. I’m excited to know where she goes next. I’m waiting for the Avengers three and four scripts – like all of us are! “Marvel, where the fuck is my script?” I’ve played her for a long time, so I can have my input and I know what feels right and what doesn’t. It’s fun as an actor to return to something.’

Magazines vote you the ‘sexiest woman alive’. How do you cope with that kind of attention?
‘There have been times when I’ve been offered stuff like that – magazine covers – and I didn’t feel like doing them. I think: Nah, I don’t feel like being objectified in that way. But sometimes, I’m like: Okay, it is what it is. It’s a choice you make. There’s only so long you’re going to be the sexiest anything or whatever!’

Do you look to your movies to challenge you in different ways: some being physical, some more emotional or intellectual?
‘I do. It’s great to push yourself as far as you can and see what happens – whether that’s being the “sexiest” whatever, or whether you’re a person who is a thing without a body, or a body with a separate brain. It’s great to see how you can stretch and challenge yourself. What an amazing opportunity to have that.’