Nightlife, Clubs
Recommended
4 out of 5 stars 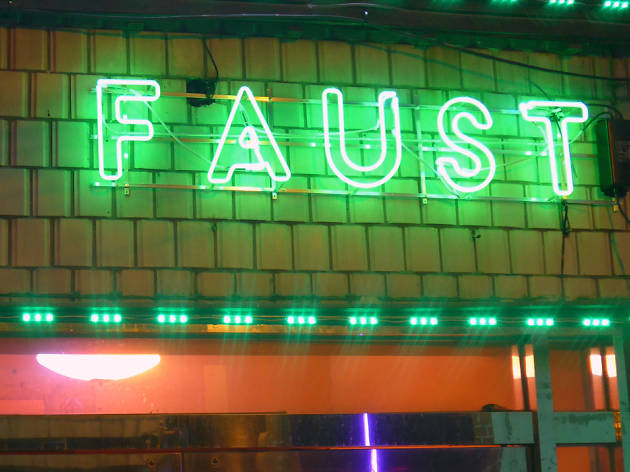 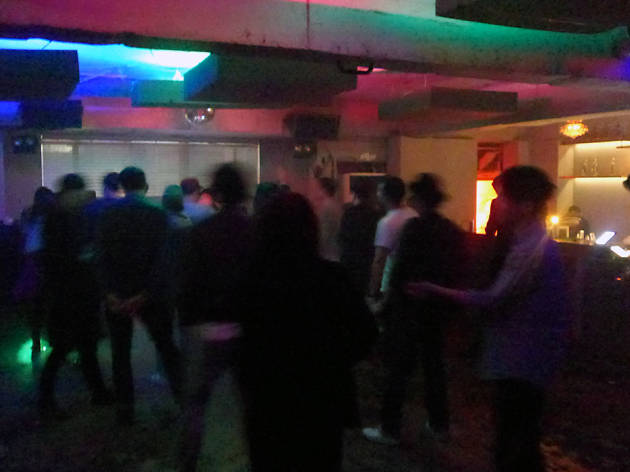 The alleyway behind Itaewon’s fire station has an ominous “No Teens Allowed” sign and is more wellrecognized by its alias, “Hooker Hill.” This alley was once a booming red-light district solicited by American soldiers but as the Eighth United States Army base was moved to Pyeongtaek, Gyeonggi Province, it has died down a lot. A few businesses and transgender bars have held out but the street is pretty dead now. At the end of this deserted alleyway sits Club Faust. Unlike most Korean clubs that are housed underground, Club Faust is located on the third floor, above an unmarked transgender bar on the second. Get stamped (it’s the face of Faust himself) and walk into the dark club. The interior and atmosphere isn’t flashy or modern but it’s welcoming and familiar, reminiscent of the Hongdae clubs I frequented in the 2000s. From the window behind the DJ booth, you can peer out at the lights of Itaewon while listening to the pumping music flowing from the DJ—the combination of which makes for a chill atmosphere. The music is most often house and the club hosts DJs from all over the world. The regular Der Faustian parties are a “local nights” series where you can hear tunes from resident DJs and DJs new to the club scene. If you love house music, Club Faust is the go-to for hearing the latest tunes. Another plus is that you’ll also be supporting young local DJs. Get a fresh clubbing experience at Faust, different from the usual mundane routine.